Youth, education and opportunity are in focus at the 2017 Aberdeen-Angus Youth Development Programme Final 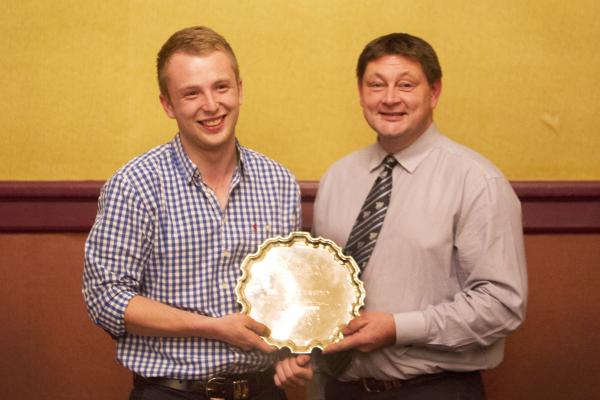 Over the course of each year, numerous passionate young enthusiasts eagerly participate in the Aberdeen-Angus Cattle Society’s Youth Development Programme (YDP), an initiative which has been a great success since its establishment in the early 2000s, attracting participants from throughout the UK and Ireland. On Saturday 23rd September, this year’s programme came to its culmination with the final taking place at Stirling Agricultural Centre, facilitated by United Auctions and sponsored by M&S. On the day, the overall senior winner (aged 19-24) was announced as Eoin Cummings of Moncur Angus in Perthshire, who will be awarded with a trip to a destination of his choice to study the Aberdeen-Angus breed.

The Youth Development Programme is not exclusive to young people with an affiliation to the Aberdeen-Angus breed, but rather a platform for people aged between 8 and 24 with any level of interest in the industry to try their hand, learn new skills and make friends from all over the country in the process. Programme co-ordinator Gayle Bersey explains:

‘’Our YDP workshops offer youngsters a chance to learn and progress their current skillset by working with some of the top stockmen and women in the business. Not only is it educational, but the workshops are also good fun, with a chance to mix with like-minded people. You don’t have to be an Aberdeen-Angus breeder, you just have to be ready for the challenge! Whether you’re just interested in preparing cattle better for local shows and markets, or just need a hand getting started – the Aberdeen-Angus Youth Development Programme provides a great platform for youngsters to learn the skills they need, whilst having fun at the same time.’’

The programme involves the youngsters participating and competing in activities including stockjudging, ringcraft, dressing and public speaking, all of which is facilitated by a range of experienced industry professionals over 13 – 15 workshops throughout the course of the year. Participants are given the chance to work towards a City and Guilds qualification through Duchy Agricultural College, with a £2,500 prize fund and study trip abroad up for grabs in the final weekend. This year’s programme final included a total of 34 finalists selected from 280 participants, spanning 11 juniors aged 8-13, 14 intermediates aged 14-18 and 9 seniors aged 19-24. Amongst the judges on the day was Marie Louise Ryan from the Republic of Ireland who oversaw the stockjudging. Marie Louise had this to say on the event:

‘’I was delighted to be asked to take on the task of stockjudging at this year’s YDP final. Overall, the standard was exceptional with some outstanding individuals taking part. It’s a fantastic programme that culminates in a most enjoyable, but equally competitive weekend, and I’d recommend the Aberdeen-Angus YDP to absolutely everyone.’’

Eoin Cummings, this year’s senior winner, had this to say in reaction:

‘’The YDP has provided me with so many different opportunities over the last 3-4 years, teaching me so much about myself as a person and enabling me to enhance the basic skills I started off with in the process. It’s great to get the chance to attend the workshops, senior conference and final where we can meet so many like-minded people, learn from each other and help develop each other’s skills – this has helped me get to where I am today. I’m absolutely delighted to have won this year’s final! It feels amazing to know that all the hard work in the lead up has paid off and I’m delighted to get the recognition from the judges. Although I have now won the top award within the YDP, I will continue to attend the various events throughout the next year, where I hope to give something back to such a worthy programme that has given me so much.’’

Winners from the other sections at this year’s event included Andrew Hamill of Northern Ireland (overall junior winner) and Donald MacLean from Hampshire (overall intermediate winner). 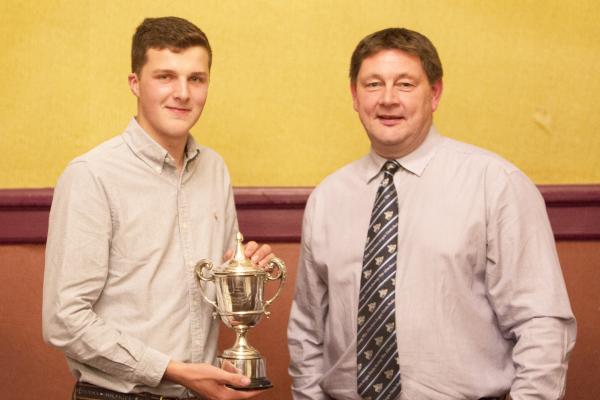 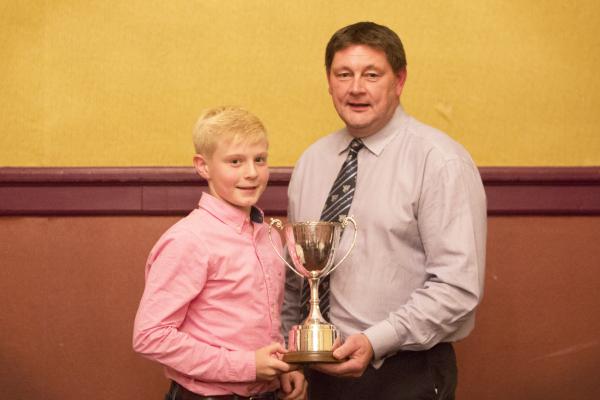 On the morning of the final, the youngsters were also provided with a selection of educational seminars from a range of professionals from a number of industries, including Suzie England from Scotbeef, Suzanne George from Denvir Marketing and Hazel Baxter from Hazelnuts Catering. Aberdeen-Angus Cattle Society President Alex Sanger was also part of the judging team on the day, and he said:

‘’I really love following the YDP, and the final is always a great event, giving these young people the chance to showcase all the skills they’ve been learning throughout the year. We must thank all the stockmen and women who facilitate the workshops throughout the year, along with our loyal members who give up their facilities to allow our youngsters to practice and develop their skills. After all, it is them who will drive both our breed and the overall industry forward in the future. A special thank you must go to Carol and Richard Rettie, HW & Netherton Aberdeen-Angus, Allan Rennie and Stephanie Dick who kindly donated their cattle for this year’s final. Additionally, M&S have been so great in sponsoring the YDP and this year’s final, so we must also extend our gratitude to them.’’

For further information on the Aberdeen-Angus Youth Development Programme and how you can get involved in next year’s programme, get in touch with co-ordinator Gayle Bersey via gaylebersey@outlook.com.