YDP to the fore at Stirling Bull Sales 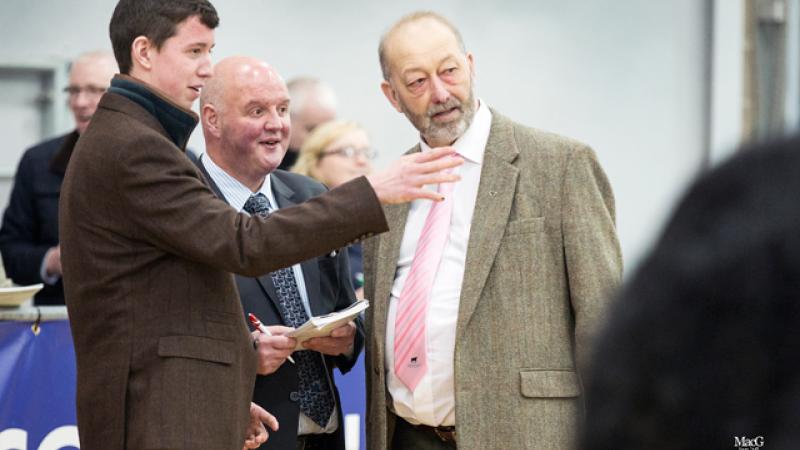 YDP members were in full force at the Stirling Bull Sales in a new initiative started by the Society whereby two young enthusiasts get the chance to shadow the Society’s breeder consultant Neil Caul in the ring for the judging. The aim of the experience is to give the members a chance to experience a high profile event from a different viewpoint.

Andrew Adam and James Rea, both avid YDP participants and Aberdeen-Angus enthusiasts took to the ring at separate times for a couple of classes and also got the chance to discuss judge John Lohoar’s comments and discussions after each class.

Commenting on the initiative Neil Caul said: “It’s important to encourage the young members by giving them an opportunity to stand in front of a large crowd at a high profile sale. It worked well and we’d like to thank John Lohoar for giving up his time after the classes to discuss his decisions. Both James and Andrew felt the process was incredibly rewarding.

Adding to his Stirling experience, Andrew Adam later went on to buy his first foundation female for his Newhouse herd, making a return back in to the breed following a strong family connection with Aberdeen-Angus cattle. Andrew paid 4000gns for Neil Wattie’s third place heifer Tonley Emeline P119.

Also starting her herd with a foundation female from Stirling was YDP senior finalist from 2015, Ruth Perry, who purchased a cow from the Balmachie draft. Well done to both members on starting their herds.