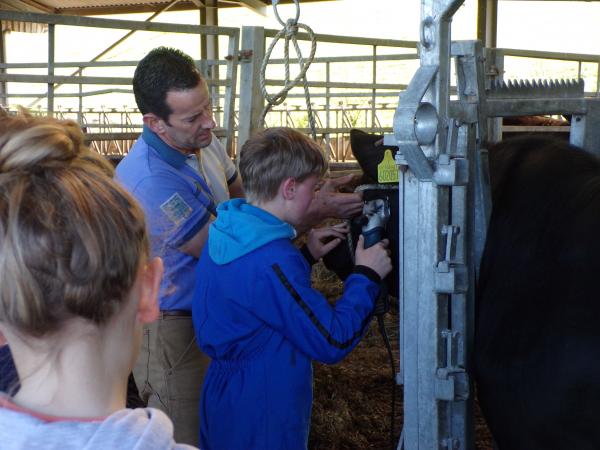 We bring you the latest news from the first Scottish YDP workshop of the year at Galcantry farm in Nairn. David Walker who operates the Galcantry herd kindly held the workshop at his farm on the 12th of May – we would like to thank David for doing so as without the help of David and the other hosts then the YDP events would not be possible! This week we were lucky enough to speak to Katie Meston, aged 16 as she attended her first ever YDP workshop.

“I attended my first ever YDP workshop on the 12th of May held at Galcantry farm Nairn, by kind permission of David Walker. We started of the day by being split into groups and introducing ourselves to each other. There were 6 different sections each with their own skill these included dressing, haltering, washing, clipping, stock judging and ring craft.

The first section we attended was dressing with Duncan McLaren who taught us about different products and how to correctly apply and use them this gave us a good opportunity to discuss products that some of us use.

The next section we moved onto was Haltering explained by David Walker, he showed us how to put on a halter and to safely tie a slip knot he also explained the importance of why a slip knot is used.

After Haltering we moved onto clipping with Ewan McGregor with having previous experience with clipping, this gave me the perfect opportunity to question and learn more about different clipping methods I had seen before, for me this is one of the things I loved most about YDP, although you may already have knowledge in a topic within one of the sections there is always something new to be learned.

We moved onto washing with John Lohoar he let us get stuck straight in giving us tips along the way this gave us a chance to have a laugh and get to know and learn things from each other.

After a well deserved lunch we started on stock judging with Wendy Willox, Wendy explained the different points to look for while stock judging, we all had a go at it followed by a discussion on our reasons.

Stock judging was then followed on ring craft which was led by Duncan McLaren, he demonstrated how to show off a beast at its best, it was clear that Duncan and his team had put a lot of hard work in behind the scenes with his animals as they were well handled so we all got a chance a practising our ring craft.

We finished our day with a talk from Norvite’s feed specialist Iain McDonald this was very informative and we had good fun learning along the way.

Overall I had an amazing experience and have taken away new knowledge and skills I look forward to returning next year, YDP has shown me that you’d don’t have to own a pedigree cattle farm to become involved in showing cattle and highly encourage anyone who wants to get involved to give it a go and get involved in the next YDP day, I would like to thank everyone who is involved in making this day a great success.”

We would like to thank Katie for taking the time to speak to us and are glad she managed to learn some new skills which she can take forward in the future.

We hope to see Katie at future workshops and as Katie mentions “give it a go” and see what you can learn from the workshops, to find out the full list of upcoming YDP workshops then click on the link below:

Check out the other images from the event below: 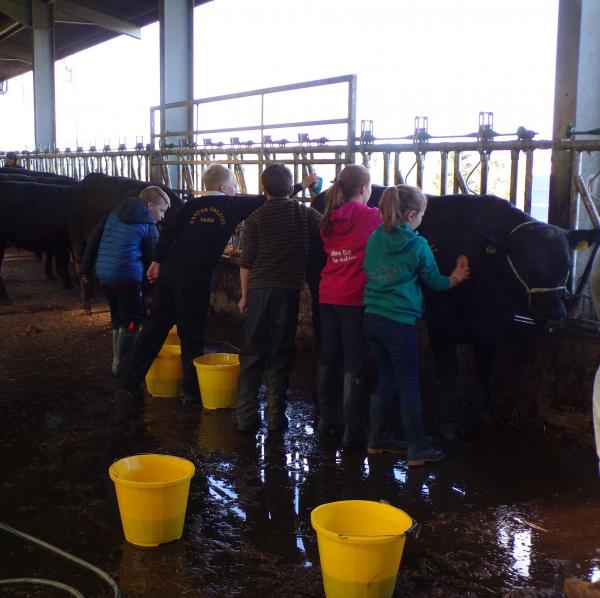