Standard gets better and better at YDP final 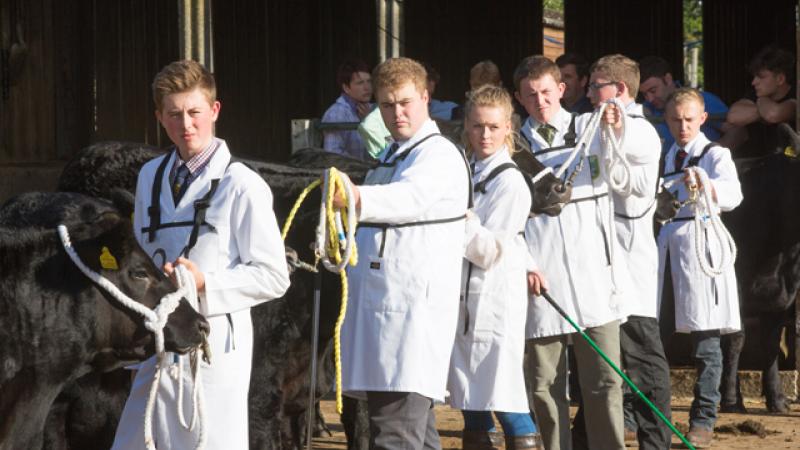 The 2015 Aberdeen-Angus Cattle Society’s National Youth Development Programme Final was the closest fought competition ever seen, with just a few points separating the top four in the senior section.

The final took place on 12th and 13th September at the home of the Rosemead Aberdeen-Angus herd, courtesy of Angus Stovold and family, Godalming, Surrey, and saw some 31 finalists from across the UK and Ireland gather to compete in various sections including stock judging, clipping and presentation and ring craft. The senior finalists, who were all competing for the chance of a world Angus study trip of their choosing, also took part in a panel interview.

Leading the way in the seniors was 21-year old Stephanie Dick, Stirling, who particularly impressed judges in the clipping and presentation section as well as the ring craft. Stephanie has her own small herd of Aberdeen-Angus and Limousin cattle run under the Stephick prefix, alongside her family’s Ronick Limousin herd.

No stranger to winning form in National competitions, she was part of the winning beef team at the National Young Stars competition in April and has been on the halter of many winning commercial show beasts on behalf of Northern Ireland-based Dermot and Gareth Small. She’s also won the Charolais Young Breeders competition last year, as well as the Limousin Anglo Irish Final in 2013. She’s now planning on visiting either New Zealand or Argentina as part of her winning study tour prize.

Commenting on Stephanie’s win, ring craft judge Alison Connolly said she was impressed with Stephanie’s calm style in the ring. “Stephanie is a confident handler, but one that makes it always about her beast and not herself. She is completely at ease with her animal and shows with great ease.

Coming through as winner of the intermediate section was 14 year-old Conor Craig, Co Longford, Republic of Ireland, who was last year’s junior winner. Conor particularly impressed judge Alison Connolly in the ring craft section. “This was a tough class to compete in with 14 experienced handlers in the ring, however, Conor’s calm, but confident nature impressed me throughout.”

Clipping and presentation judge Drew Hyslop said the intermediate section was the toughest to judge as the standard was incredibly high. “There was a lot of young talent in this section and Conor worked well with his animal, assessing what needed to be clipped first and foremost rather than just going through the motions of clipping.”

Meanwhile, it was a tie in the junior section with Norfolk-based Robbie Moore, aged 14 and Somerset-based Lottie Hill, aged 12 coming through as joint winners. Robbie has been an active participant in YDP for a couple of years now and in 2013 was the lucky winner of a raffled pedigree heifer which has gone on to breed him success in the show ring for his own herd.

Commenting on the overall competition, Colin Soutter, joint judge for the clipping and presentation section said the team behind the scenes of YDP were to be congratulated for their hard work in getting such an event organised. “There had been a lot of work gone in to provide 40 cattle for these finalists to work with and the whole event ran smoothly. Other breed societies can learn a lot from what this programme has to offer.”

Society President David Evans, who was officiating on the senior panel interview, commented: “The standard of the participants raises every year and we witnessed some excellent senior panel interviews. The expertise and knowledge of these young stock enthusiasts is to be commended and is particularly encouraging for the future of the pedigree beef industry.