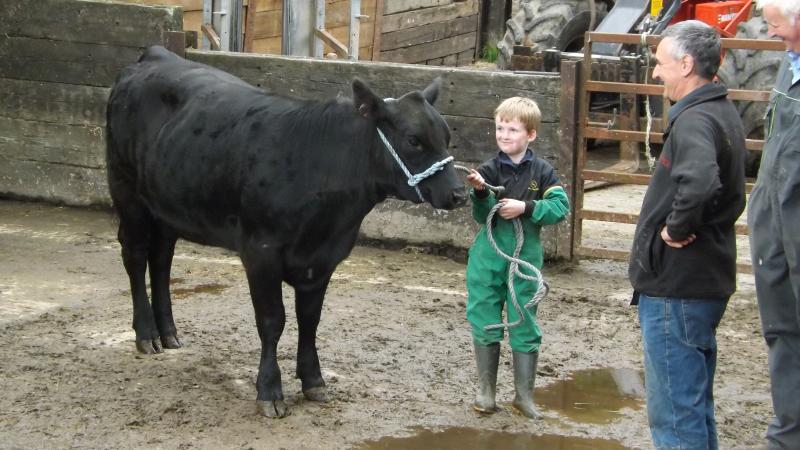 The Scottish Borders workshop has always been up and down with numbers over the years and sometimes locations have been difficult to source but this year everything fell in place. We were very kindly invited to hold a workshop at Buccleuch Estates Farm near Selkirk. I knew Stock Manager Dougie Rennie when he worked with Angus in the Midlands and he was really keen to get involved with the YDP.

Another person that was instrumental in the success of the workshop was YDP trainer Roy Crocket. Most of the attendees that came on the day because Roy had told them about it! Roy has done lots of work with the YDP and he has some great ideas that are just so simple when you think about them but so simple that when we’re busy we forget them!

The other trainer for the day was Iain Campbell – it might have come as a bit of a surprise to him that he was training but he took it all in his stride! Iain judged our very first final held at a weekend event back in 2010 and he is now back in the Angus world working at Rawburn.

Also we shouldn’t forget the assessor – Andrew Hughes was along for the day to fill out the assessment sheets, not only can it give valuable feedback but it also is a way to pick the finalists for the programme.

8 very keen participants joined us for the day and we had the use of lots of cattle and a brand new handling system. Roy took half the kids for washing, knot tying and halter changing whilst Iain did the clipping and then everyone changed round.

Stock judging was done as a bit of a panel – Roy gave the attendees an idea of what to look for in a beef animal with the help of a broom (don’t ask!) and then when it came to placing the four animals in order Iain & Roy took longer to decide on an order than the kids did!

We moved into the dressing, all the different products were explained and everyone had a go at dressing a beast, the juniors in the crush and the older ones had an animal each. When everything was dressed the last thing to do was the ring craft – Roy gave some great tips for the ring especially on how to get an animal used to you and it’s amazing how his ideas really work, these cattle hadn’t had a stick before but by the time Roy finished his animal was standing perfectly. Ring craft is what everyone loves and even the smallest participant got to have a go.

It’s always nice when the local Council Members take an interest in what we’re doing and it was great to have Andrew Hodge along for the afternoon – we also made use of him to help us with some training as well!

Great to have a workshop in the Scottish Borders again with many thanks to Dougie Rennie & Sion Williams and all at Buccleuch Estates, Roy Crocket, Iain Campbell, Andrew Hodge & Andrew Hughes.