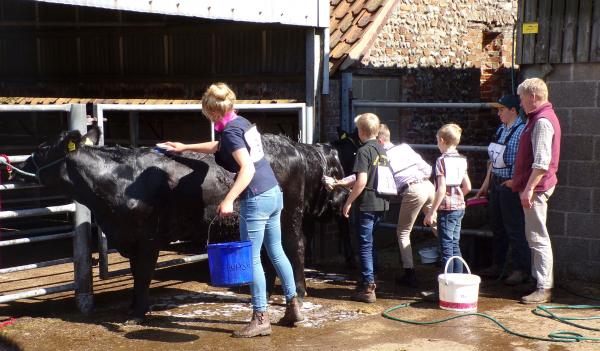 We are back again bringing you the latest news from our keen youngsters attending YDP workshops up and down the country. It’s always great hearing from the youngsters and we encourage others who have not already done so to get involved, the workshops provide a great opportunity to develop their skills and meet likeminded people.

The third workshop of the year took place on the 5th of May at Hawthorn farm in Briston, Norfolk which was kindly hosted by the Jeary family. This week we were lucky enough to catch up with Hannah Haistead aged 15 as she attended her first ever YDP workshop. Hannah gives a great account of her first ever experience at the workshop and the different elements to the day.

“We started the YDP workshop by meeting everybody taking part, we made a semi-circle in age order and had to talk to the person next to us about our self. I was really nervous to begin with as I didn’t know many people there and it was my first time at the workshop. We were then put into groups of four, the people in my group were all a similar age to me.

Following this, we went off into different workshops with our groups. My first activity was dressing the beast, we tried different products such as glue, spray, soap and foam. I’d never dressed a beast before so the instructor taught me how to. After dressing the beast’s body we then moved on to the tail which we backcombed in to a ball.

My second activity was stock judging which consisted of us going into a cattle pen with four heifers in, the four heifers were labelled A, B, X and Y. We were given a stock judging sheet where we had to write down points about them, we then had to place them from 1st to 4th. We then spoke to William Haire the stock judge about our decisions and reasons why we picked the following animals in the following places.

My third activity showed me how to tie a heifer up and how to change the halter. I had never been taught how to tie an animal up before so Kevin the instructor was great in showing me how to do so. Once we felt confident tying and changing the halter a lady came round to check if we were doing it correctly. After the workshop I went straight home and to the cattle sheds where I went and put a halter on my heifers and tied them up outside confidently.

My fourth activity was clipping out the beast, I’ve never clipped out before so Robert was great in showing me what to do. He showed me how to clip out the heifer’s head, and then I proceeded to clip the belly of the heifer, whilst the other girls in my group were clipping out the top line and tail.

My fifth activity consisted of us washing down the cattle. The heifers enjoyed getting a cold shower and then flicking their wet tails on to us.

Later in the afternoon we went into a ring to parade with the beasts, I have never walked around a ring before so this was fun, it was also made in to a little competition. Whilst we were waiting to go in I was quite nervous but then I realised that the others in the workshop hadn’t walked round the ring with an animal which wasn’t theirs before either. Once in the ring I felt confident because there was people in the ring who were happy to help.

My favourite part of the day was walking the heifer round the ring and dressing the beast. I had a brilliant day and I would recommend it to others.”

We would like to thank Hannah for giving us an insight in to her first ever YDP workshop and we are really glad that she managed to learn some new skills and overcome her initial nerves. It is great to see Hannah get involved with the YDP workshops and we hope to see her again in the future.

If like Hannah, you would like to get involved with the YDP workshops you can check out the rest of the YDP workshops running throughout the country. To find out more information then click on the link: http://aberdeen-angus.co.uk/youth-development/.

More images from the workshop are shown below: 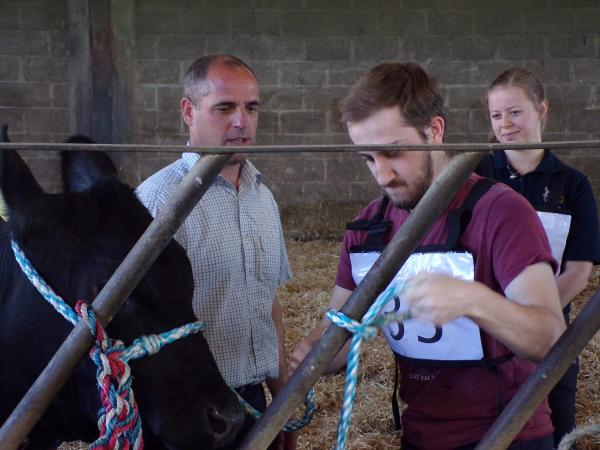 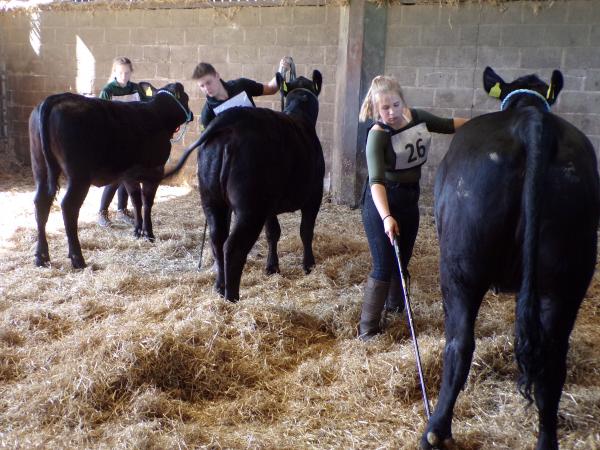 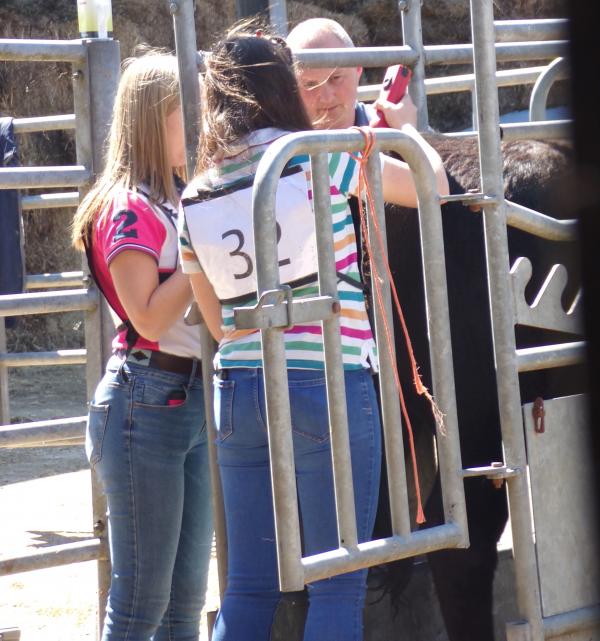