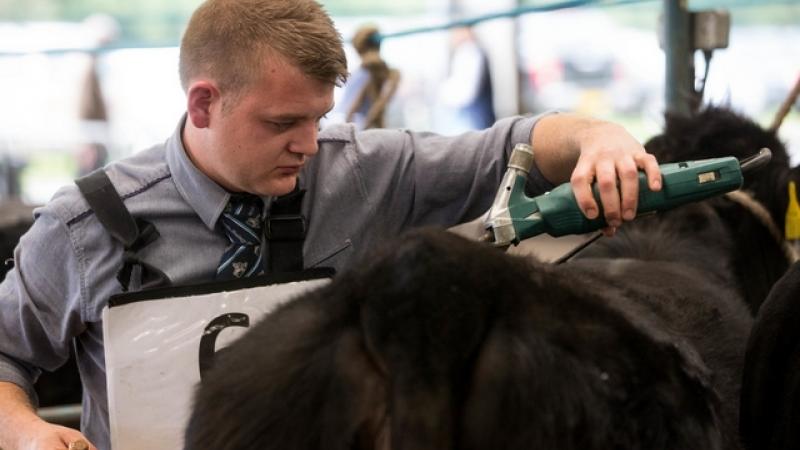 Preparation is in full swing for this year’s Aberdeen-Angus Cattle Society Youth Development Programme Final, which takes place in Northern Ireland at the home of James Porter’s highly successful Old Glenort herd on the 26th – 28th September. The final will see successful participants who have scored well at various workshops held across the UK and Ireland throughout the summer compete with the senior age group competing for a subsidised Angus study trip to a country of their choice (see list of finalists below).

udges for this year’s final include Devon-based Michael Kirby who will be taking charge of the clipping and dressing. Michael has had vast success in the pedigree and commercial rings and is often seen on the halter of winning home bred native beasts at winter fatstock shows. He also runs a herd of Aberdeen-Angus cattle.

Ring craft judge for this year will be Paul Walker. This successful pedigree breeder and freelance stockman has been on the halter of numerous successful cattle in the past and has judged at many high profile shows in the years, including the British Blues at this year’s Royal Welsh Show.

Taking care of the stock judging section will be Alistair Albutt. Better known in the commercial world, Alistair helped out at workshop this summer so is already aware of how the YDP operates. Meanwhile, the panel interview for the seniors will include Society chief executive Ron McHattie, YDP chairman Mark Pilcher and YDP trainer William Haire.

Massive congratulations to all those below who have qualified. A full time table of events will be published on the website in due course.