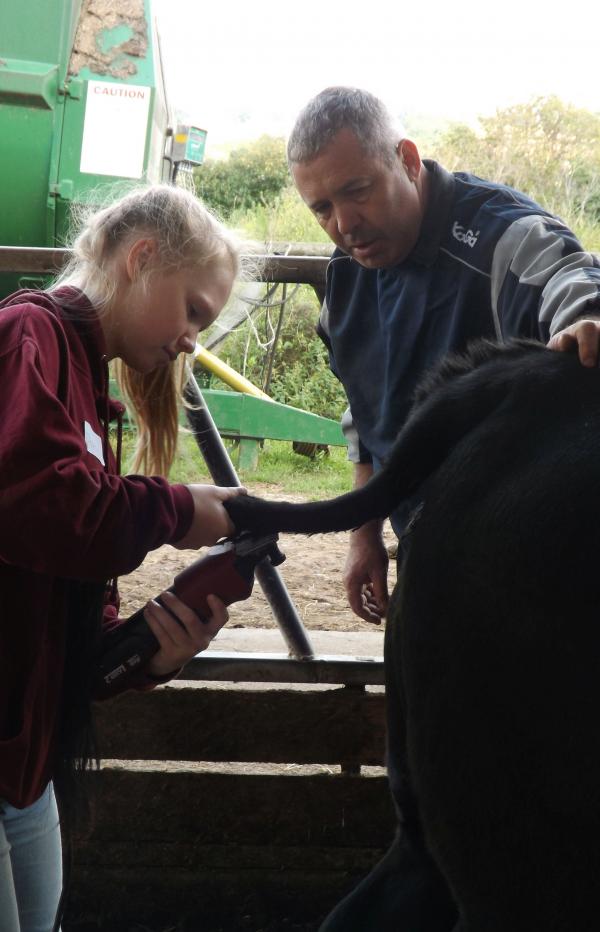 The final workshop of the year took place on the 20th of August at Melview Angus, Gamage Hall Farm, Dymock.
The hosts were Paul and Kirsty Westaway and the training line up consisted of Ben Bellew, Neil Brown, Keith Jempson, John Reynolds & Paul Westaway.

Milly Bersey aged 17 really enjoyed her time at the workshop and it was great to receive her account of the day.

“On the 20th August I attended the YDP workshop held at Melview Angus.

The day started with Gayle introducing us to each trainer & telling us about the fantastic facilities provided by Melview. We then had to organise ourselves into age order & introduce ourselves to the person stood next to us, before introducing them to the rest of the group. It was a fantastic way to break the ice!

We were then split into small groups of 4/5 & rotated around the workshops.

My group started with clipping, trained by Neil Brown. Neil talked us through the advantages of clipping & the basic ideas behind clipping. We then took it in turns to clip the head, tail, top line & belly of the heifer. This was a very helpful workshop as I was able to get hands on whilst having a professional give me some tips on how to improve.

Image: The YDP participants having a go at clipping

We then moved to stock judging with Keith Jempson & Paul Westaway. Keith talked to us about the background of Angus & the basis of stock judging. Paul then gave us an example of how to give reasons & what to look out for on his winning heifer. It was really inspiring to hear someone so passionate about their cattle & he gave us some interesting tips on how to give the best reasons! We had 15 minutes to judge the cattle & then gave our reasons to the two trainers. We were allowed to discuss our answers & the trainers gave us their reasons. This was very useful as it gave me confidence when giving my reasons & also gave me time to practice judging an animal.

Next was washing, knot tying & halter swapping with John Reynolds. We were taught the most effective & safe way to wash the animal & shown how to change the halter without loosing the heifer!! John was very patient & had a good sense of humour, which was great as I got very muddled between a cow & horse knot! However, by the end of this workshop I could tie a cow knot, change a halter & effectively wash an animal.

After that it was dressing with Ben Bellew. The animals were dried with blowers before Ben gave us a really interesting demonstration on how to use each product & why. After the demonstration we were let loose with some of the products & Ben came over & gave us tips along the way. We each had a side of an animal to dress & although I ended up covered in almost as much black spray as the heifer, I learnt so much about why we dress the animal & the most effective products to use on each animal. 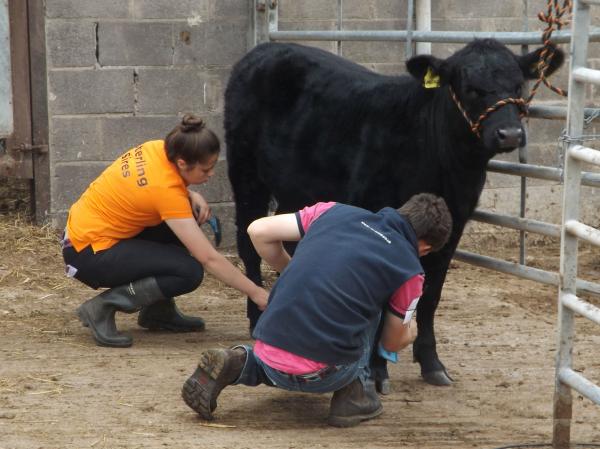 Image: Some of the participants showing us their skills

We all had some time to enjoy a lovely lunch & time to review what we had learnt in the morning before moving onto the ring craft. Neil explained all about ring craft & what he looks for as a judge whilst Ben demonstrated. We each had a go in our groups with Neil as judge. This was very useful as we got to practice without the pressure of the showring!! Finally the thanks were given & if anyone wanted to stay Gayle gave a demo on halter making & there were halters to take home.

I want to say a massive thank you to the fantastic trainers for giving up their time to teach us, to Gayle for organising the workshop & to everyone at Melview for welcoming us with friendly hosts, fantastic facilities & hospitality as well as fabulously quiet cattle!!”

We would like to thank Milly for sharing her experience with us. A massive thank you also goes out to Gayle for organising the workshops, the trainers for giving up their time and sharing their knowledge and expertise and of course the hosts for giving us access to their great facilities. Without all these people the workshops would not have been possible.