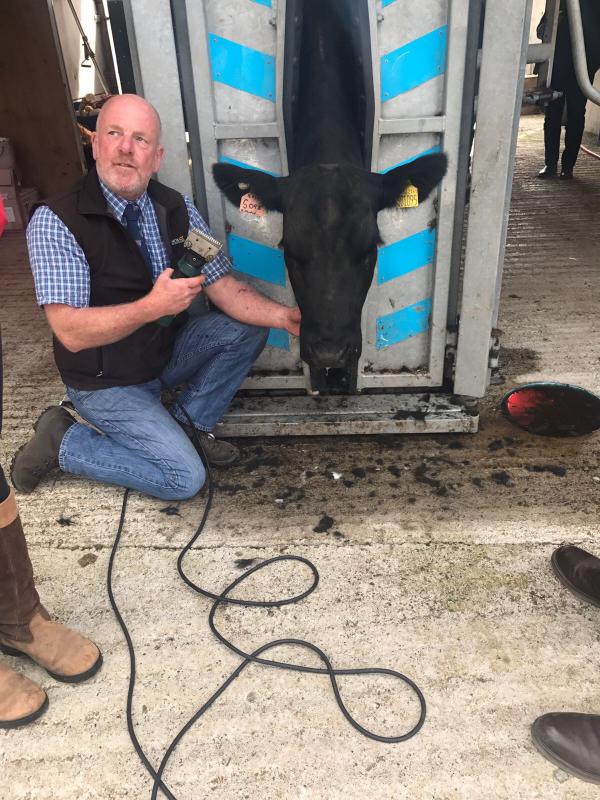 As some of you may be aware, we’ve been working closely with the guys at Denvir Marketing for a few months now on all things marketing; from website and social media updates, to the Summer Update publication and the World Angus Forum events. Having gained good insight into the world of cattle breeding through the work we’ve been doing together, we were keen to give the guys a chance to try their hand at the more ‘practical’ side – and Rob and Leanne from Denvir were more than happy to head along to a Youth Development Programme workshop and get in amongst it!

Rob and Leanne headed down to Fauldeshope Farm in Selkirk from their base in Stirling on Sunday, and Rob has written their account of the day which was somewhat different to the office setting they’re used to:

‘’Having been working closely with the Society for some time now, we were eager to take the chance to get our hands dirty and get out of our comfort zone a bit. The purpose was twofold; not only would it make what is (hopefully!) an interesting read for the Society website, but it gives us a further opportunity to immerse ourselves in the daily goings on within this particular industry – helping build our understanding moving forward.

Due to writing about the YDP a few times already, we had a good idea of what to expect, but by no means had any experience of working so closely or directly with cattle. We firstly must thank Gayle Bersey, all the trainers and all at the Buccleuch Estates for letting us novices take part – we appreciate the welcome and patience we were met with! A special thank you to Gayle for the pre-warning about wearing some old clothes, our usual office gear certainly wouldn’t have been suitable for the day’s activity!

The day started with a welcome to all participants, who varied in age from as young as eight to us older ones, with everyone encouraged to start off by introducing themselves to someone they hadn’t previously met then tell the group about that person. This was a really simple way to encourage the building of new relationships and friendships right from the word go, which we’ve learnt over time is one of the top priorities of the YDP alongside the practical skills and knowledge learnt – a notion we whole-heartedly support. After a quiet plead to go easy on us with the scoring on each task, we were split into groups to get the day underway.

We started with Iain McGillivray who showed how to correctly clip the cattle. Ian gave the full group some great information around the do’s and don’ts when clipping the animals for showing; from making sure you’ve got clean and sharp blades on the clippers, to relaxing the animal and the different techniques and methods used to enhance the appearance of the beast (see, we even managed to pick up the different terminology!). Starting at the tail and moving on to the topline, belly and then the head, Ian showed us all how it was done before giving the team a go at trying it out for ourselves.

After the clipping, we moved on to washing the cattle with John Reynolds. The young heifers that were being washed weren’t entirely used to human interaction yet, so we started by learning about the best way to approach the animal to put it at ease. We got stuck in with the shampoo and water, and were quite proud of the glow and shine coming from its coat by the end! 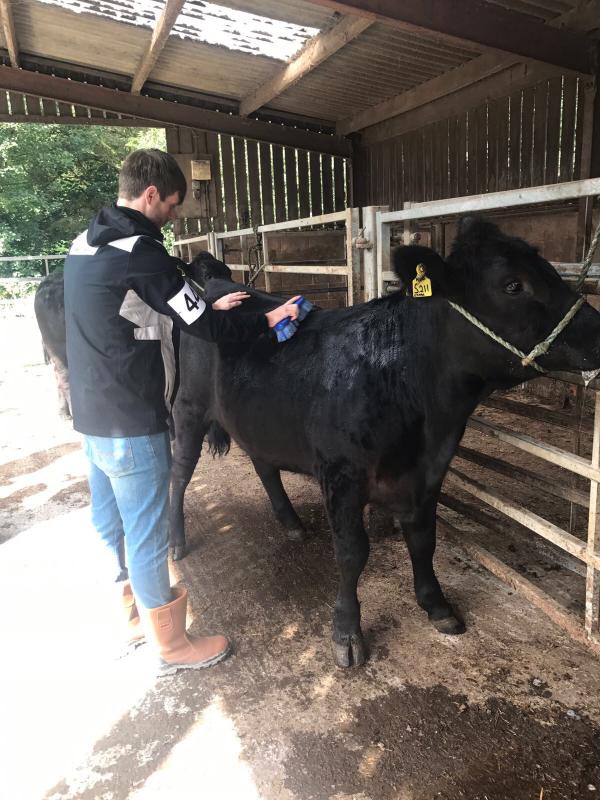 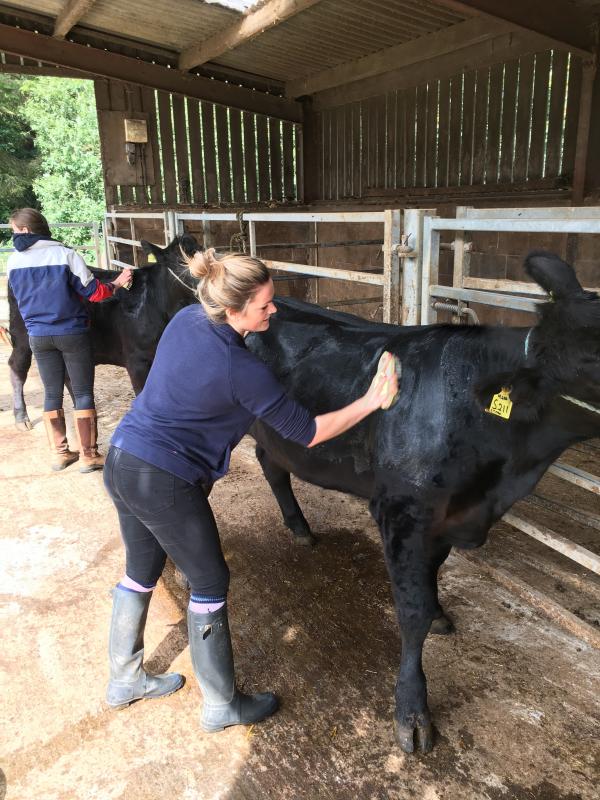 James Playfair-Hannay then gave us some great tuition into the world of stockjudging. Having attended a few shows in the past, it was brilliant to get a stronger understanding of exactly what the judges are looking for when selecting their champions; from structure and correctness to indicators of easy calving and correct toplines. We were told about how it is really a matter of the judge’s opinion, with the important thing being the justification of your decision. Everyone then got a chance to place the animals in order from 1st to 4th, with the majority of the group pretty much in agreement with James himself (yes, even Leanne and I!) – must’ve been down to James’ teachings on the day! Dressing and halter-changing was taken by Roy Crocket who showed us the best methods to get the animals looking their best for showing, before getting up close and personal to change the halters. Roy also led the final part of the day, where the full group got to try their hand at walking the animal round the ring, including Leanne and I after some gentle persuasion from the group! We learned how to correctly hold them, and the importance of avoiding eye contact as a means to keeping the cattle at ease. 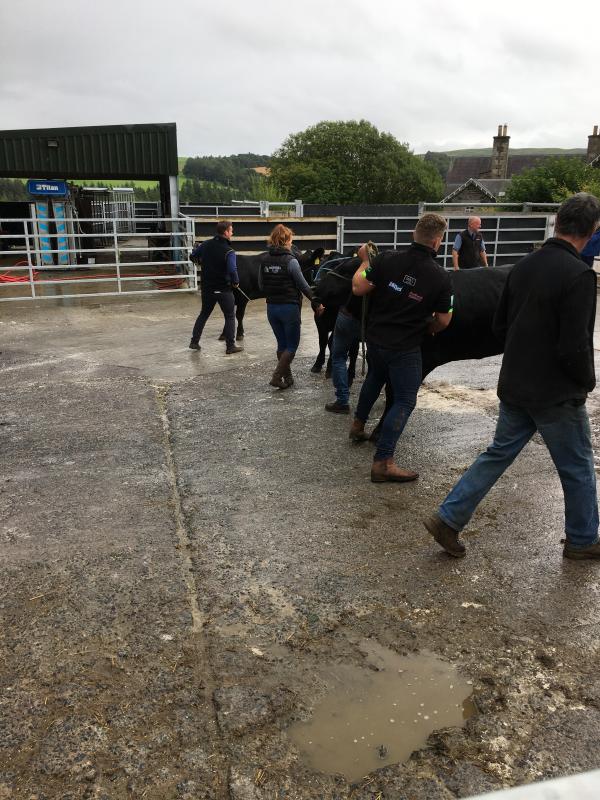 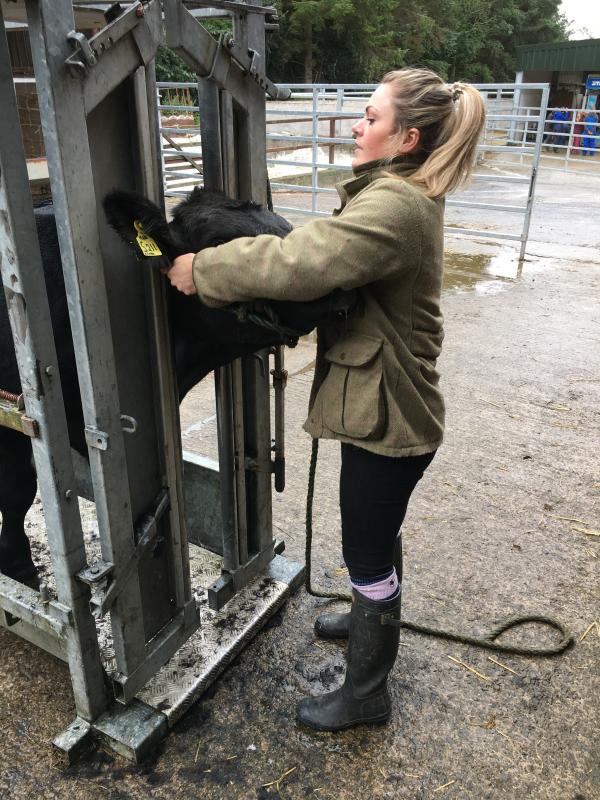 On the whole, the day was full of everything; insight, knowledge, fun, excitement and even a little bit of nerves which were quickly banished! A special mention must go out to the youngsters that took part so eagerly and brilliantly – there was some real future experts on show during the day. We must once again thank all who helped facilitate the day, including Gayle Bersey, Marion Tilson, Roy Crocket, John Reynolds and Iain McGillivray. We can categorically confirm that the work done on the Youth Development Programme is brilliant on so many levels, building youngsters’ confidence and equipping them with skills that can be of value whatever career path they go down in the future – an all-round magnificent initiative.’’