Report from the Scottish YDP workshop at Easter Galcantry 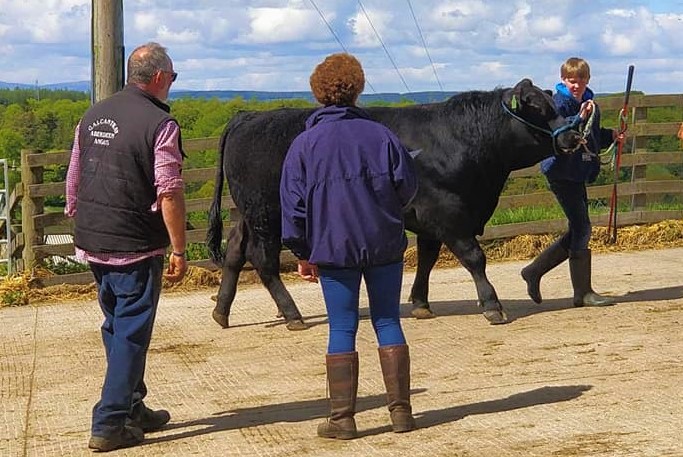 Saturday 11th May saw 18 young cattle enthusiasts gather at Easter Galcantry by kind permission of the Walker family. The ages ranged from 8 to 19 with plenty of newcomers to the YDP eager to get involved.

The day kicked off with a talk on nutrition from our Norvite feed reps Mike and Jackie, who we cannot thank enough for coming along on the day and giving the youngsters a great hands-on and interactive session on nutrition. Once the talk was over we were ready to get stuck in with our training.

We had nothing but the best in the line up of trainers for the day. Duncan McLaren, who is the stockman at Galcantry, teamed up with Wendy Willox to do the ringcraft. John Lohoar trained the stock judging whilst Doug Shand got stuck in with the washing and halter training, both having been trainers in previous years and having a great way of communicating and interacting with the members and participants. Last but definitely not least, we had Ewan Macgregor on the clipping and dressing, who did a great job of getting everyone involved, letting some members clip for the first time and just get a feel for how to do it.

Alongside these expert trainers we had help from Angela McGregor and Claire Johnston, so many thanks to them also for giving up time to come along. The weather thankfully held up and a great day was had by new and old participants, with it being great to see such a diversity of age amongst the members. New friendships were formed which is great to see and the enthusiasm level from all involved was a credit to the future of the breed and industry.

If you missed out on the workshop, we have another two still to be held within Scotland, please go to the YDP workshop dates page for all the details by clicking here and don’t be shy to come along and get involved!