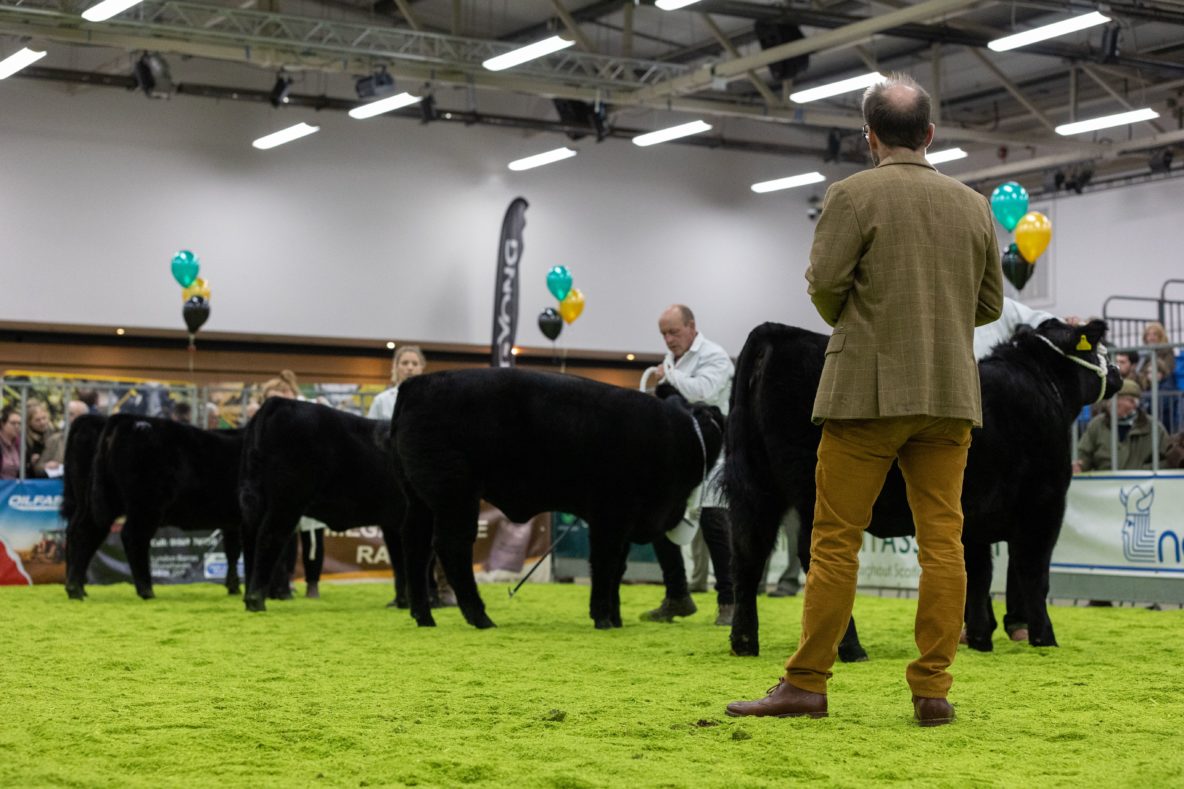 Aberdeen-Angus breeders turned out in force for the North East Aberdeen-Angus Club’s Black Beauty Bonanza, which for the first time was held at the end of November as part of Aberdeen and Northern Marts’ Aberdeen Christmas Classic at Thainstone Centre, Inverurie.

Twenty-five exhibitors from Orkney to the Borders turned out with a total entry of almost 90 calves and yearlings, parading before judge Graham Massie, Blelack, Dinnet. Graham has exhibited cattle from his renowned Blelack herd at every Black Beauty since the show started in 1996 but was able to accept the invitation to judge following the record-breaking dispersal of the Blelack herd at Stirling in October. 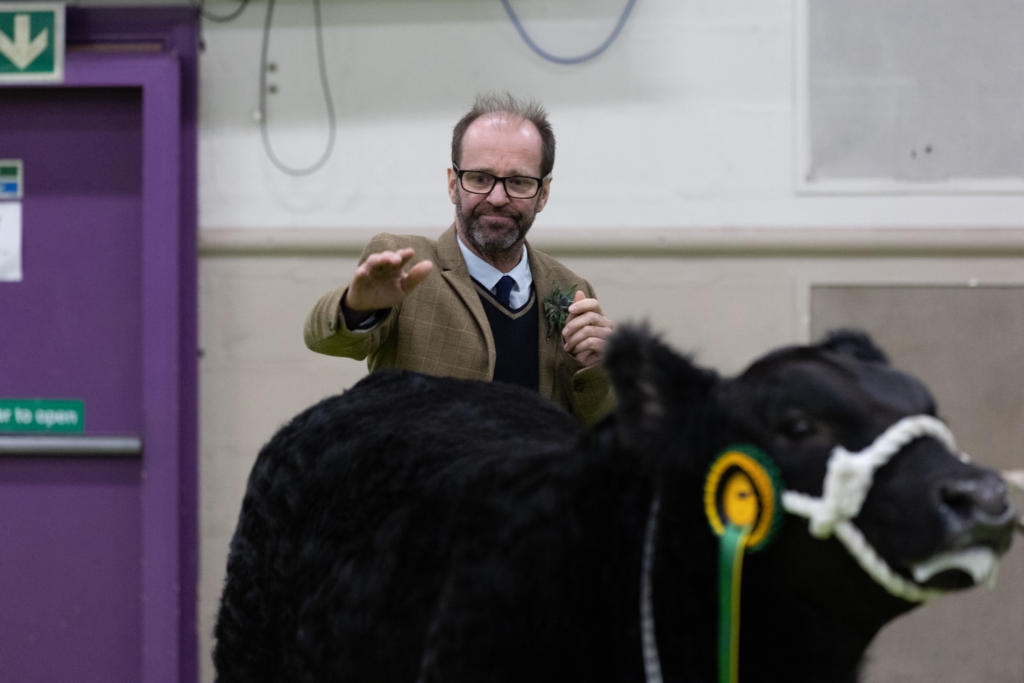 It was a great day for father-and-son, Neil and Mark Wattie, Mains of Tonley, Alford, who carried off two of the four championship awards. First was with their yearling heifer, Tonley Ester W712, a 20-month-old daughter of the home-bred, Tonley Kasper U512, and secondly with the bull calf championship with the nine-month-old Tonley King Paco X812, by Kasper’s sire, Tonley Jester Eric S318. 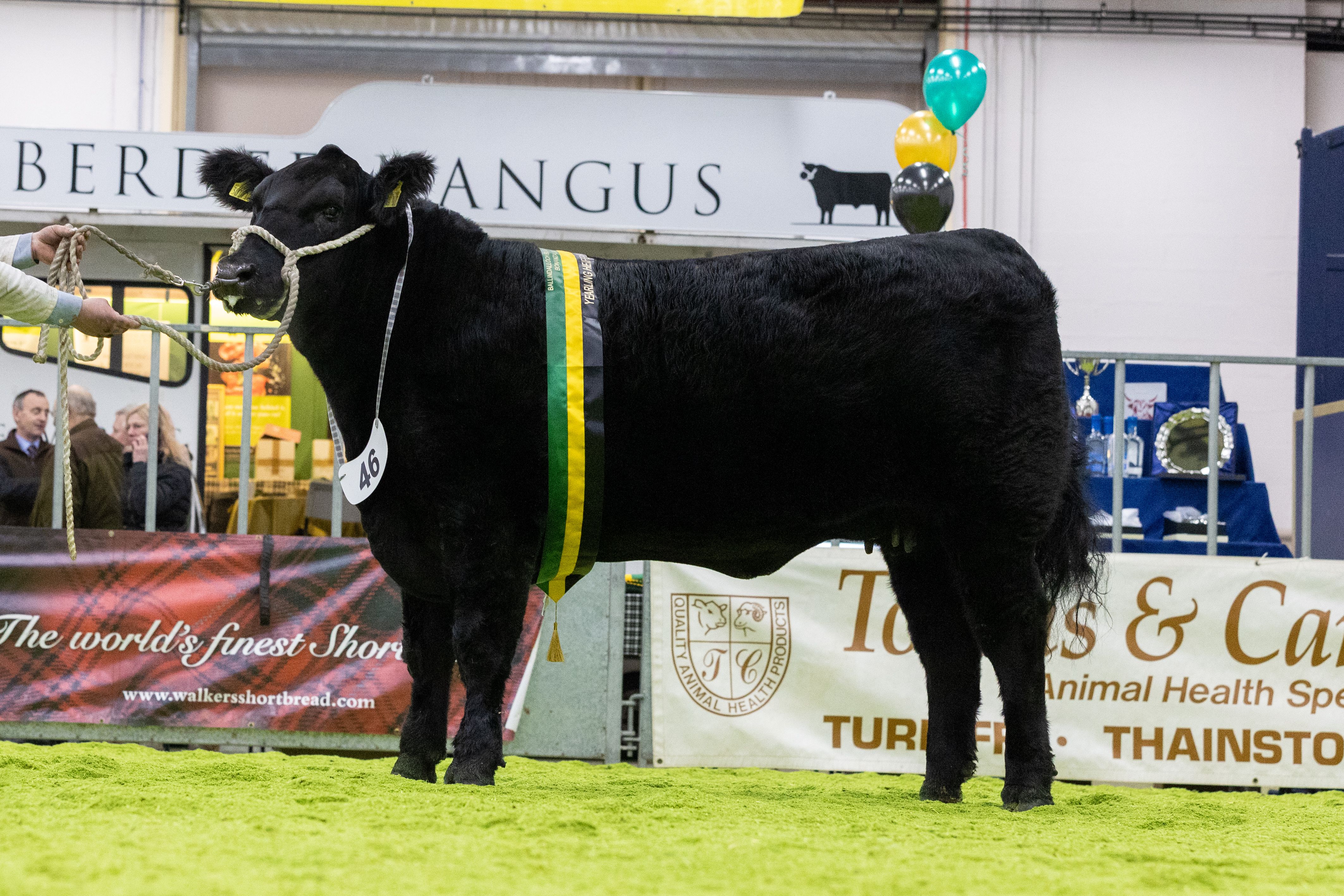 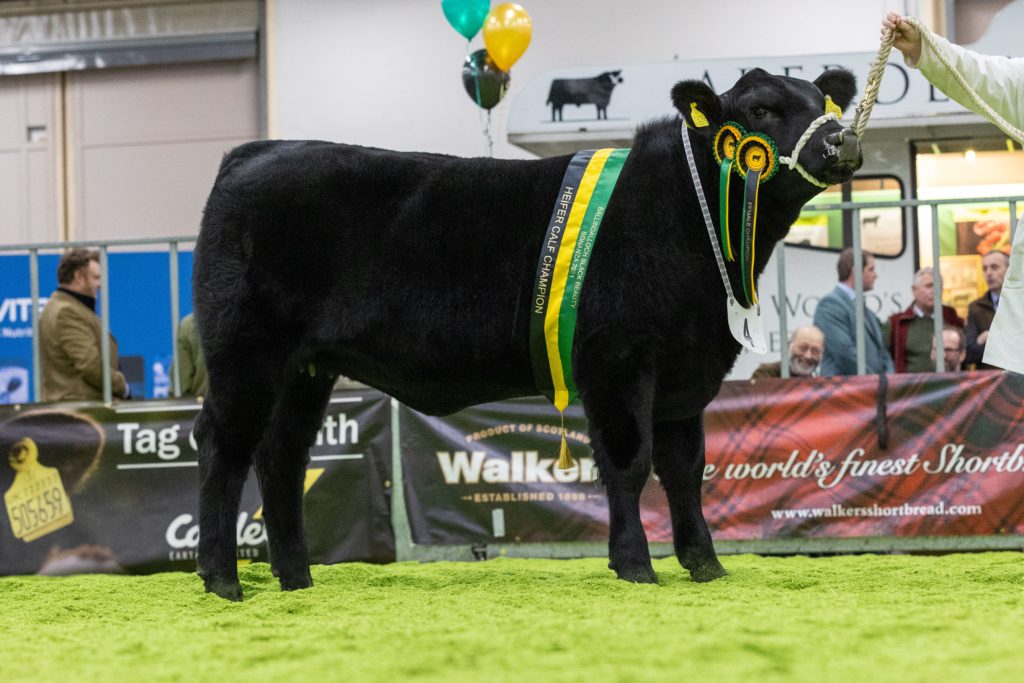 Show sponsors, Ballindalloch Highland Estate on Speyside, owners of the oldest Aberdeen-Angus herd in the country going back to 1860, were runners up for the Auchincrieve Trophy, their duo including the yearling bull champion, the 20-month-old Ballindalloch Gaffer W600, by Ardoyne Munro Prince K191.

The best pair of yearlings award went to A J R Farms, Milton of Collieston, Ellon, and the reserve to Club Chairman Hugh Thomson, and his wife, Cara, of Tynet, Buckie. 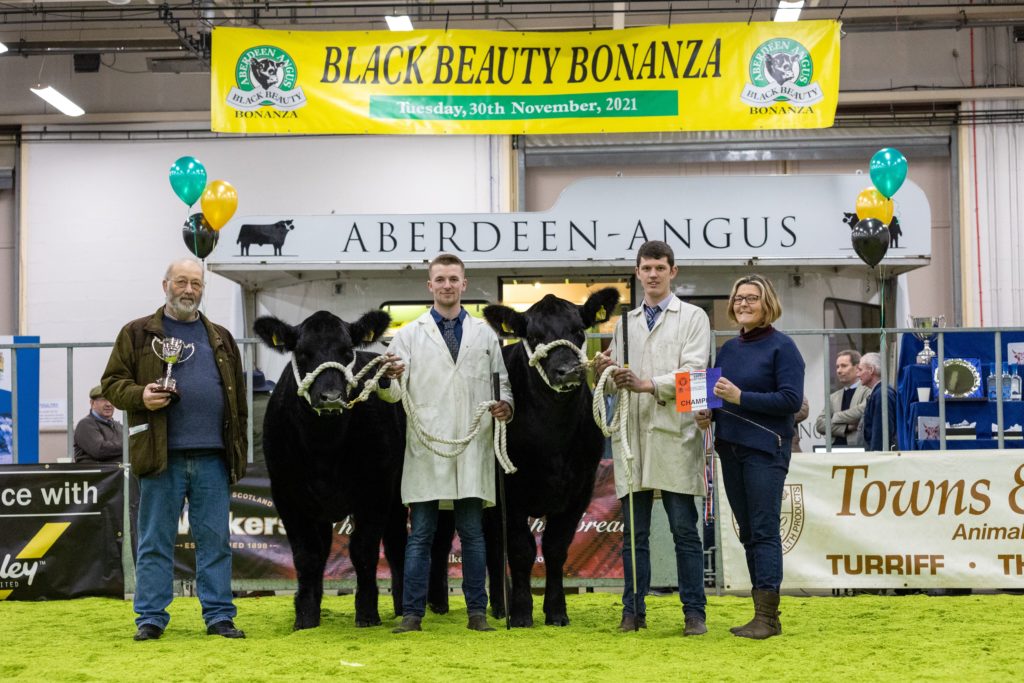