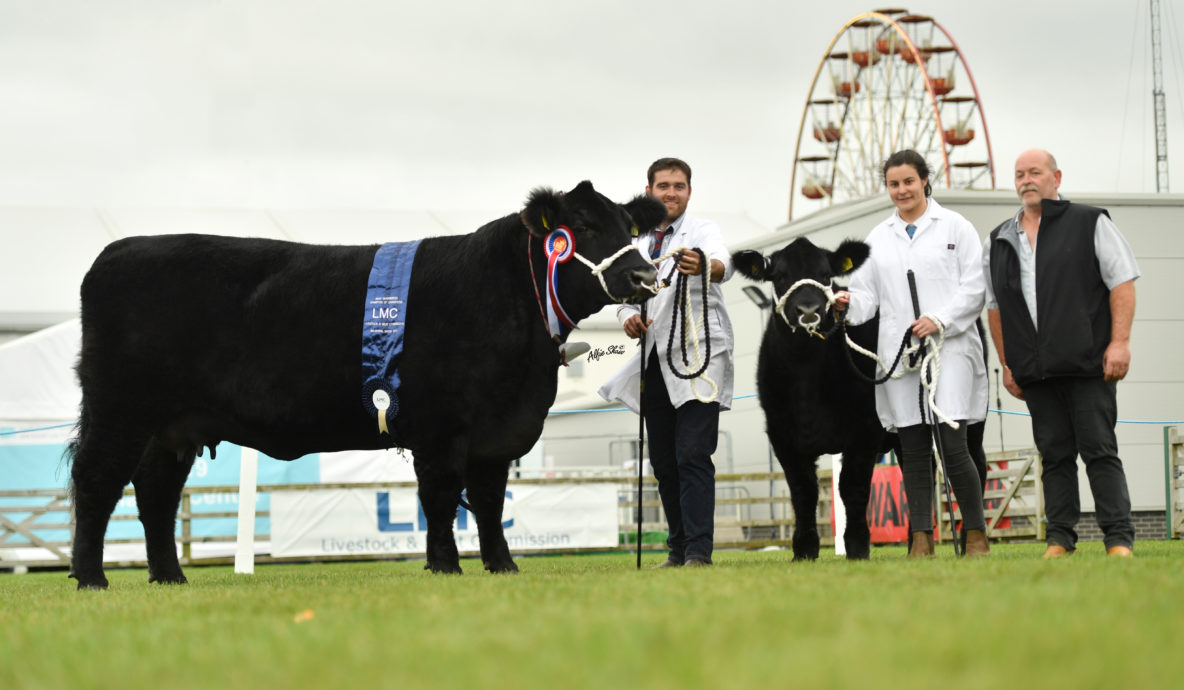 Black coats were fashionable at the 152nd Balmoral Show, with Aberdeen Angus cattle securing a number of prestigious prizes in the interbreed championship line-up.

Toast of the four-day show, hosted by the Royal Ulster Agricultural Society at Balmoral Park, was the junior Aberdeen Angus cow and overall breed champion Woodvale Miss Annie U436, who beat off stiff competition from native and continental rivals to win the LMC supreme champion of champions award.

Bred by Alwyn and Carol Armour and Sons, Dromara, County Down, Miss Annie was shown with her December-born heifer calf at foot. The 2021 show was memorable for the Armour family, winning their first-ever Balmoral Aberdeen Angus championship, and topping it off with the supreme interbreed beef title. 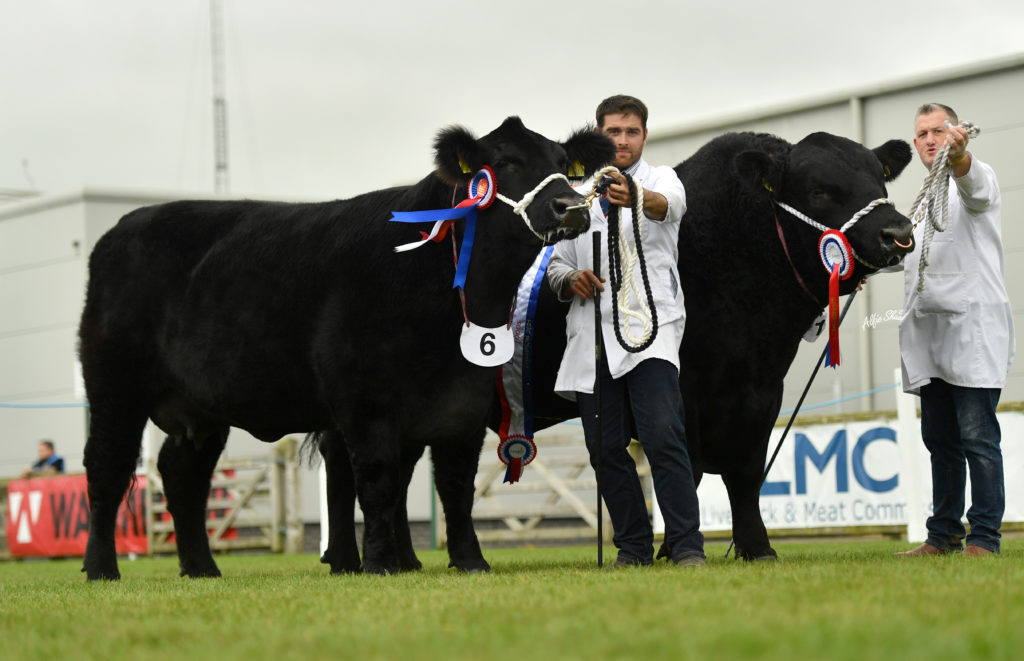 Success didn’t stop there for the all-black breed with Woodvale Miss Annie U436 joining forces with the senior bull Stouphill Eligh U217, owned by Iain Colville, to win the M&S interbreed beef pairs championship. 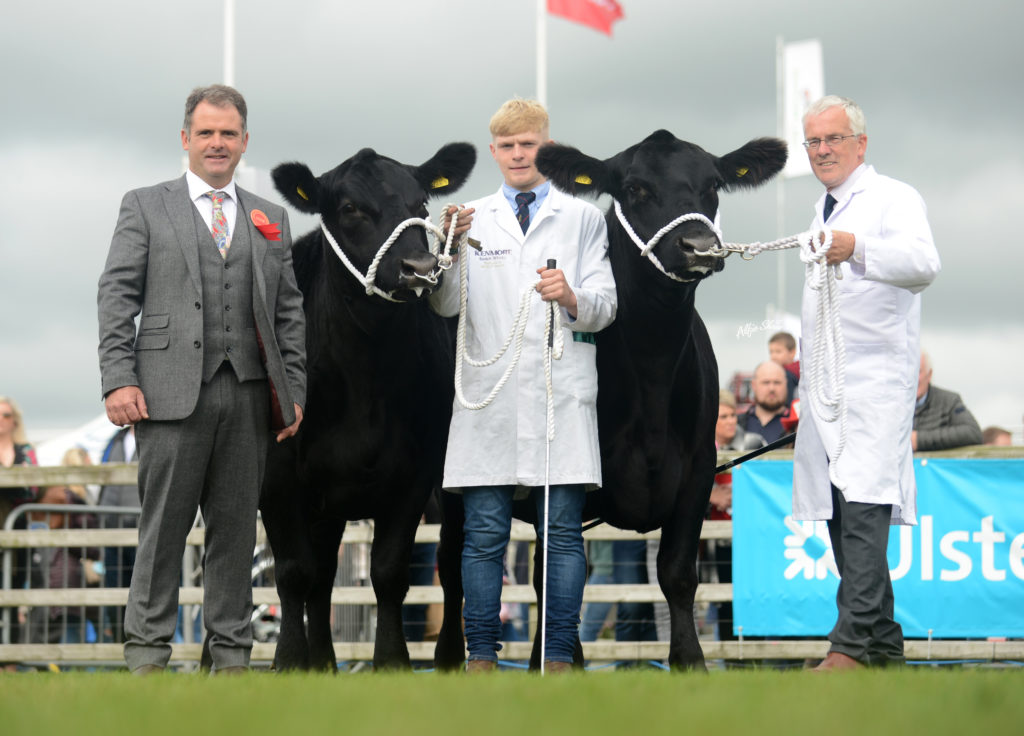 The Aberdeen Angus breed also topped the poll in the Tesco-sponsored exhibitor-bred pairs championship, with the winners coming from John and Ann Henning’s Drumcorn Herd based at Moira, County Armagh. The winning duo were the April 2018 Drumcorn Lady Ida U492 by Blelack Duke J262, and the May 2019 Drumcorn Lady Ida V665 by Weeton Panther S498. 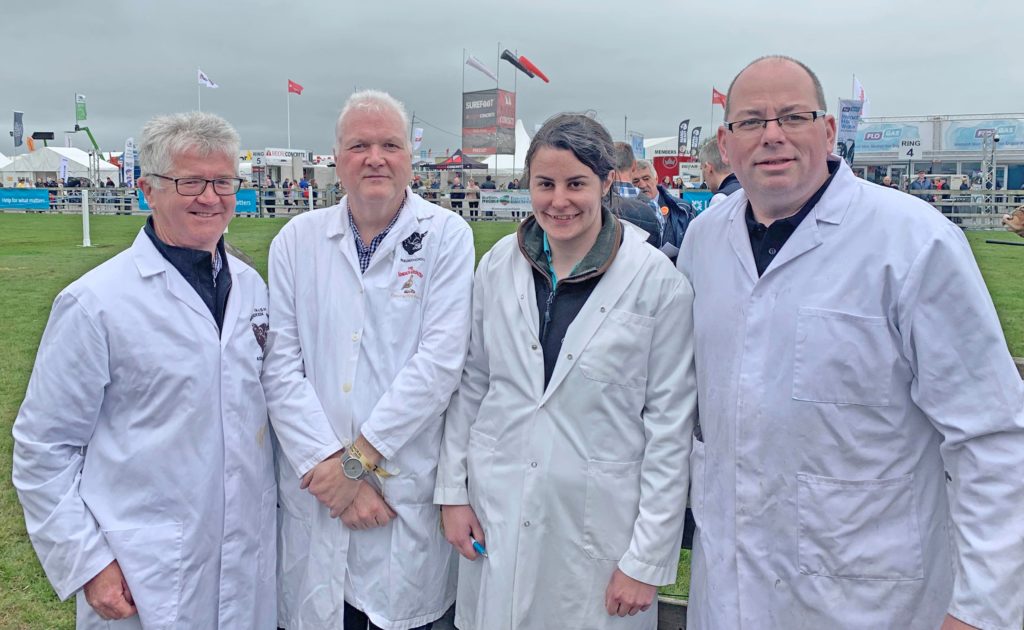