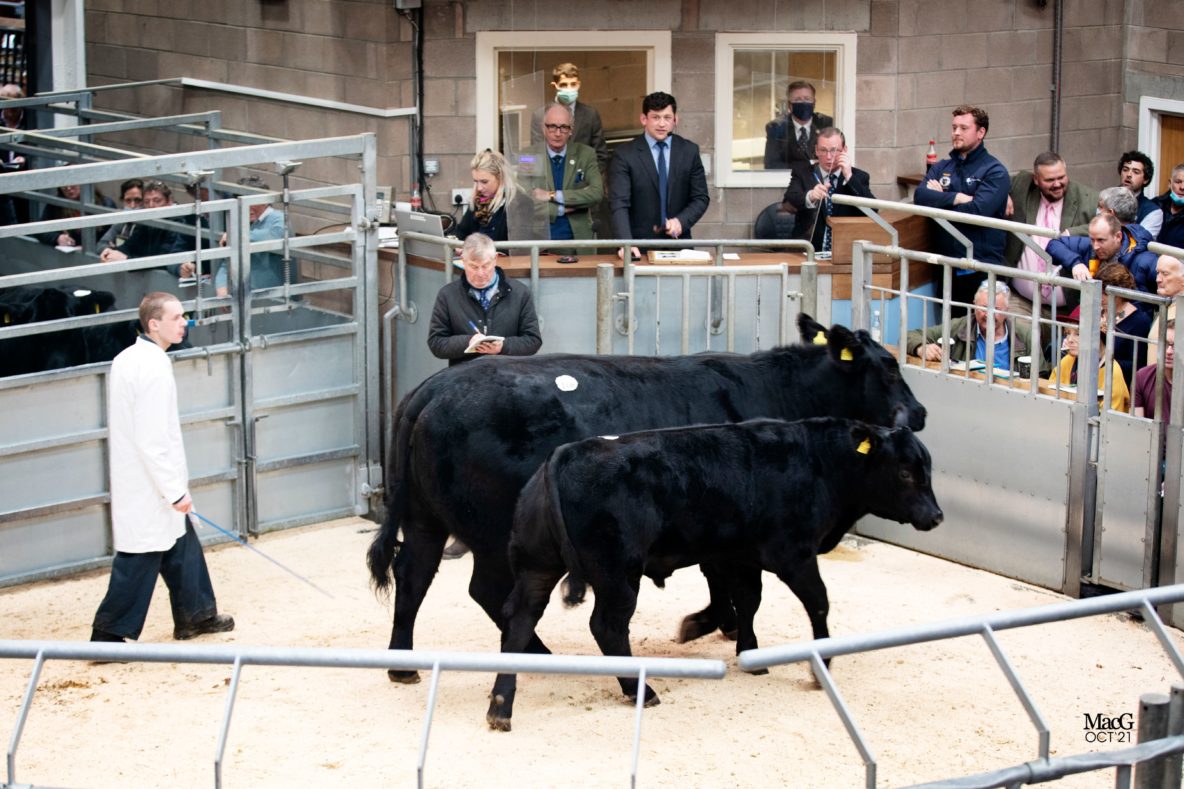 In conjunction with The Blelack, sale Neil and Mark Wattie offered a production sale of females, cow and calf units and heifers for sale. A great deal of preparation had gone into the cattle on the run up to the sale and a well-attended open Sunday in early October saw some 70 plus breeders attending on the day as well as the individual viewings that they had hosted prior to the sale. This was reflected in the sale ring when the cattle came through with a huge interest in procuring some of the best Aberdeen Angus genetics in Scotland.

The sale topped at a high of 20,0000 for the in-calf heifer TONLEY PRINCESS V676 going to the Adam family at Newhouse of Glamis. Heifers overall averaged 2720 gns. Cows either on their own or split from their calves in the ring averaged 3925 gns and saw a top of 14000 gns for TONLEY ROSEBUD U581 to Brailes Livestock, with her bull calf TONLEY RONALD X800 going the same way for 7000gns. Bull calves averaged 3525 gns. Heifer calves saw 6 individual lots reaching a peak at 4500 for TONLEY ESTER X811 being knocked down to Donald Rankin of Kilmaluag and averaging 2800. Cows with Calves at foot averaged 3066.

A delighted Neil Wattie joined me on the bench after the sale and he was very enthused about the faith that breeders were placing in his investments in breeding over the years and was extremely happy in the knowledge that his breeding success would be disseminated throughout the herd book in years to come. 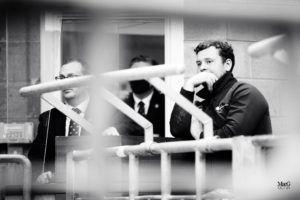 The sale was a fantastic spectacle and a testament to the breed and its position in Pedigree breeding in the UK in 2021 and cementing its place at the very top of the choices that are available.

We welcomed several new breeders to the fold from the pedigree and commercial world and the word coming from the street is there are still a great deal more to come. Aberdeen Angus has a reputation that is the envy of many in that we can demonstrate that the cattle are easily managed, good to keep and perform very well as pedigree animals or just commercial animals. The resultant stock is taken through to slaughter and produces beef with a very enviable reputation where everyone recognises Aberdeen Angus as a sure sign of quality when printed on a menu or pack.