Strong demand as Aberdeen-Angus bulls soar to 5,600gns at Dungannon

There was a strong demand for Aberdeen Angus bulls at the society’s Dungannon show and sale, with prices reaching a ceiling of 5,600gns, and 58% of the bulls attracting price tags of 3,000gns and over.

Auctioneer Trevor Wylie confirmed that trade was underpinned by dairy and suckler herd owners, and resulted in an 83% clearance with 19 lots changing hands to average £3,459 – an increase of £871 on last year.

Sale leader at 5,600gns was the much-admired Richhill Major U002 bred by Robin Lamb, and sons Stuart, Ben and Peter, from Richhill, County Armagh. This twenty-one-month-old entry was sired by the 40-cow herd’s stock bull Weeton King Lear R452 – reserve stock bull in the NI Aberdeen Angus Club’s annual herd competition. His dam Richhill Missie N322 is by Netherton Archie J501, and goes back to the 30,000gns Netherton Missie A114.

This bull has confirmation and figures to match. He is ranked in the breed’s top one per cent for terminal sire index +56, self-replacing index +70, milk +14 and eye muscle area +8.7. Earlier in the day he caught the eye of judge Libby Clarke, Magheralin, to secure the male championship ribbons. Bull calf champion at the Aberdeen Angus Club’s 2018 calf show, he attracted strong interest in the salering, and sold to E O’Neill from Armagh.

Two lots came under the hammer at 4,000gns. First to go was the third placed Ember Daniel U402 bred by Freddie Davidson, Banbridge. Born in January 2018, he is by herd sire Cheeklaw Edgar R515, and out of the home-bred Hallington Endeavour G136 daughter Ember Delia M654. This bull notched up numerous rosettes on the summer show circuit, including yearling male champion at Balmoral. In the top twenty per cent for terminal sire index +37, self-replacing index +50, and eye muscle area +4.9, he was snapped up by Gary Young from Castlederg.

The reserve male champion Drumhill Darius U685 TSI+30 SRI+38 sold at 3,800gns for Jonathan and Lisa Doyle, Cookstown. Born in February 2018 he is by the former 11,000gns stock bull Hallington Jack Eric N398, and is bred from Skaill Diana M742 – purchased privately from Orkney breeder Colin Davidson. This bull caught the eye of N Booth from Stewartstown.

Also selling at 3,800gns was second placed Denamona Black Isaiah U813 bred by Moses Irwin Jnr from Fintona. Sired by Blelack Lord Heston S721, he is bred from Denamona Black Ida P085. This May 2018 entry sold to Alan Brady from Florencecourt.

Following close behind at 3,700gns was the April 2018 Hazeldene Exel U617 TSI+29 SRI+40 bred by Andrew Napier from Ballynahinch. Sired by Woodvale Top Papa P692, his dam is Woodvale Eyrie G535. A third prize winner, he sold to C Caldwell from Castlederg.

Female trade peaked at 2,400gns, paid to Adrian and Graeme Parke, Strabane, for the female champion Coolermoney Erica U854. Born in March 2018, she was sired by Rawburn Jester Eric J034 – interbreed champion at the Royal Highland Show in 2015. Her dam is the privately purchased Larach Beg Eulove L060. Buyer was Robert Robinson from Rock, Dungannon.

Mr Robinson also paid out 1,300gns to secure the reserve female champion Home Farm Electric U275 bred by Fintan Keown, Belleek. Born in May 2018 she is by Bova Lord Bonanza N266, and is out of a home-bred dam by Blackhaugh Time F610. This one is in-calf to Intelagri Maverick.

Peter Lamb exhibited the male champion Richhill Major U002 sold for a top price of 5,600gns at the Aberdeen Angus Cattle Society’s Dungannon show and sale. 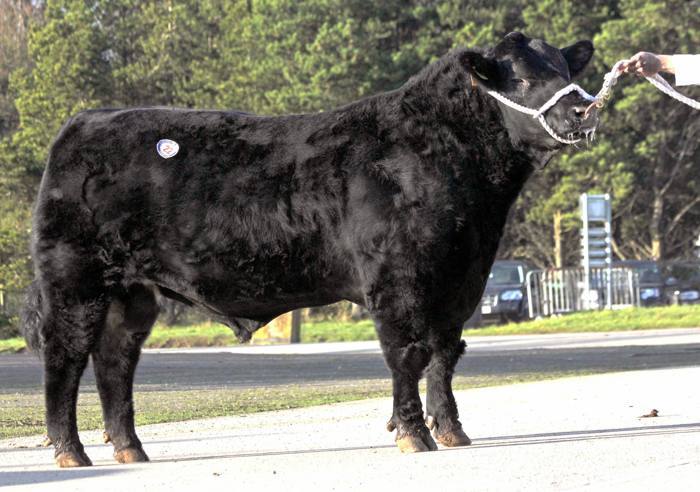 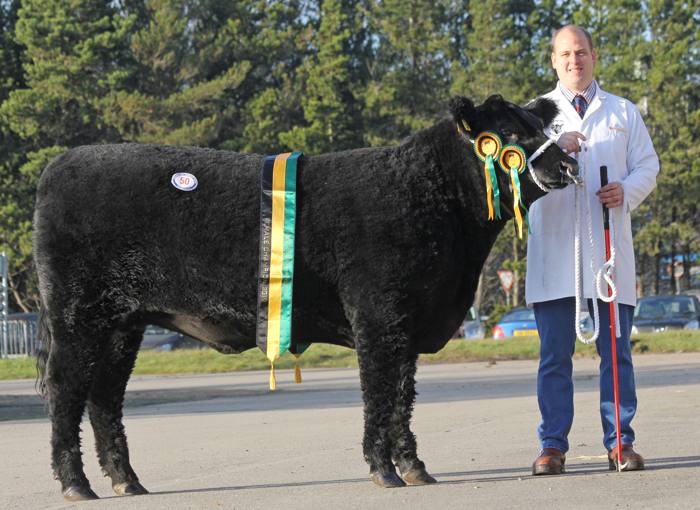 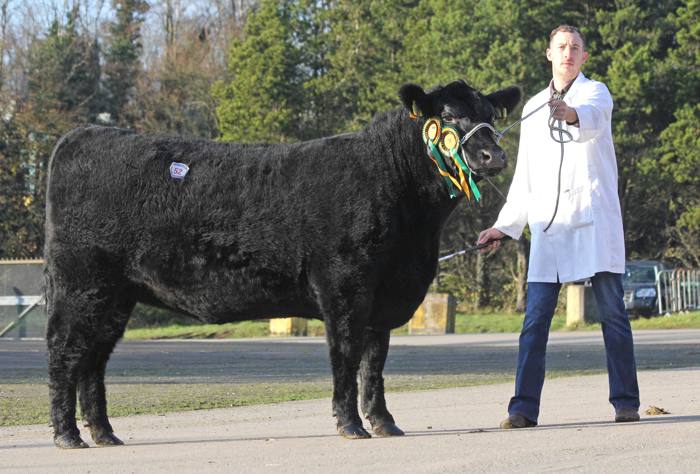 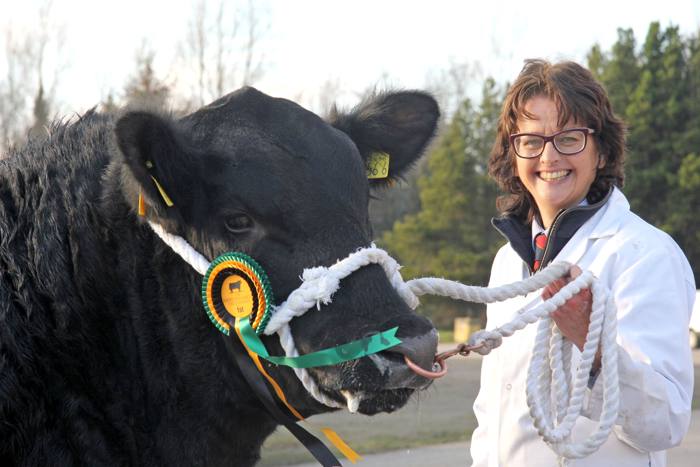 Keeping an eye on the judging at the Aberdeen Angus Cattle Society’s show and sale in Dungannon Farmers’ Mart.

Spectators around the showring at the Aberdeen Angus Cattle Society’s show and sale in Dungannon Farmers’ Mart.