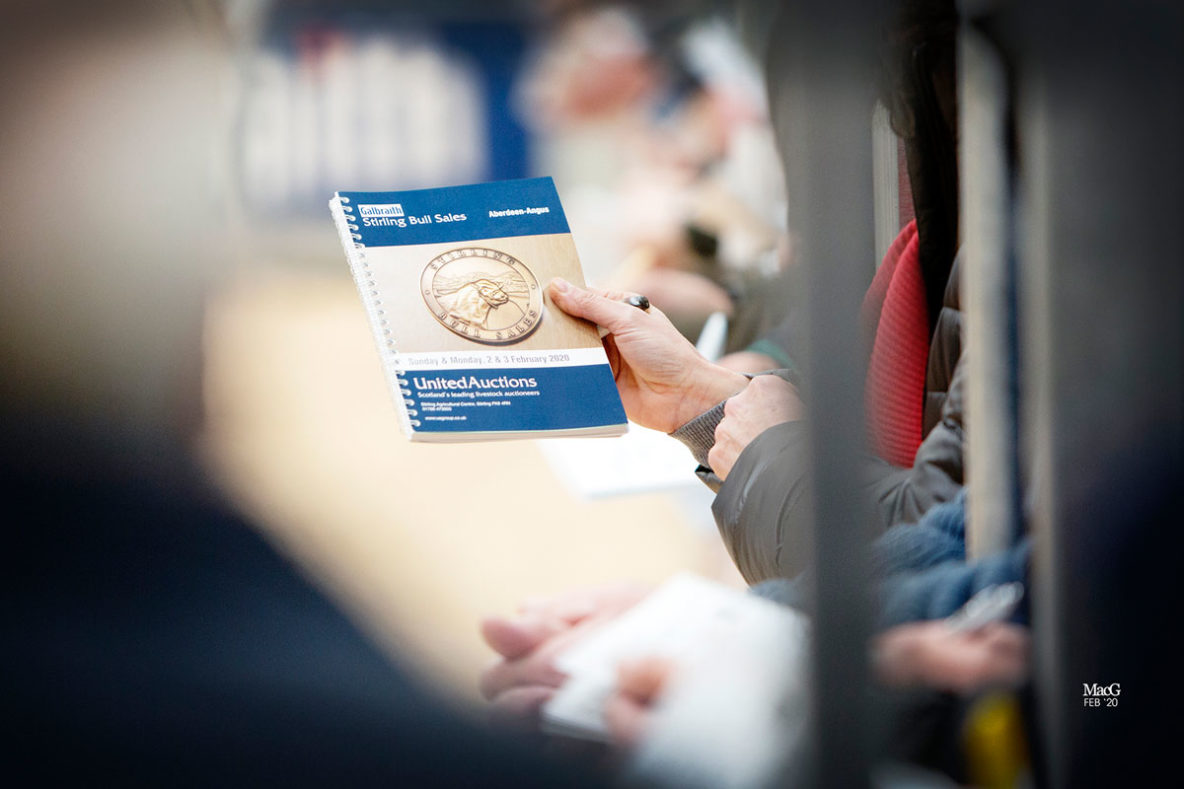 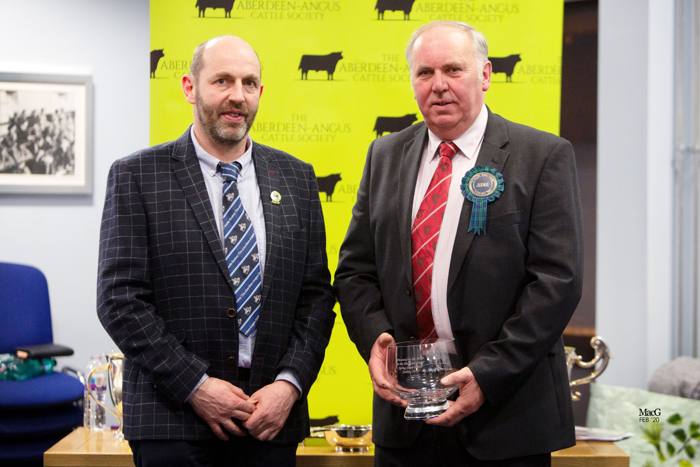 Aberdeen-Angus judge Jim Ford being presented our token of appreciation from the society president Alan Cheney at the February Bull Sales prizegiving. On behalf of us all at the society we hope you enjoyed your day. 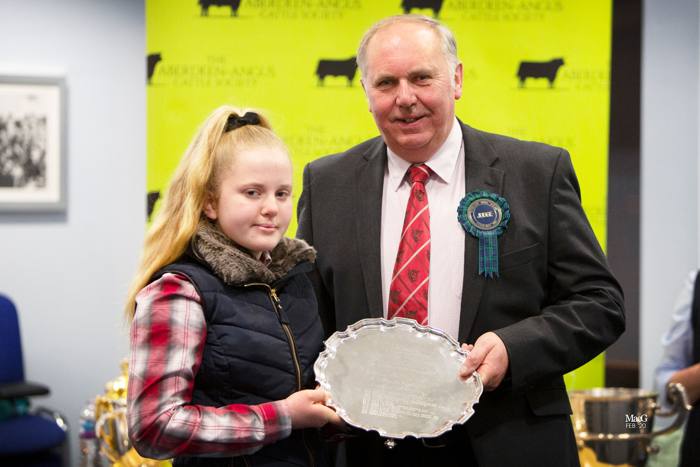 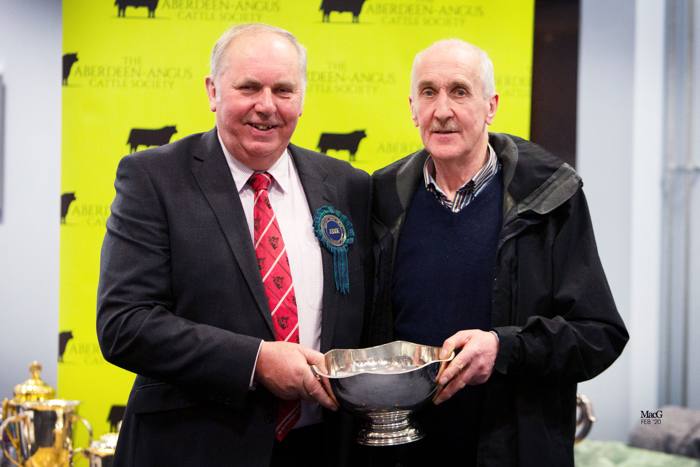 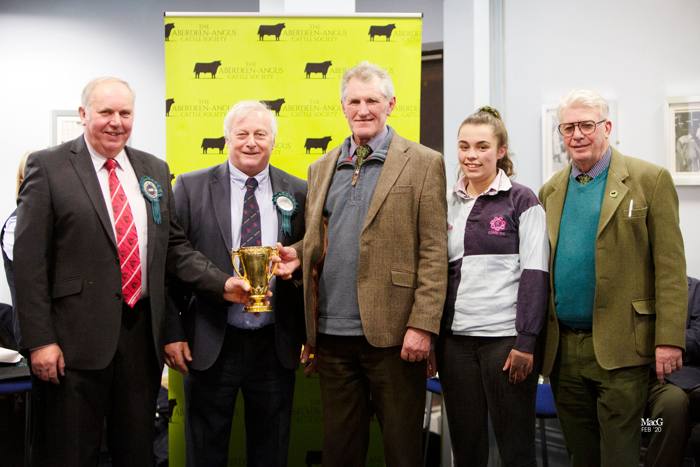 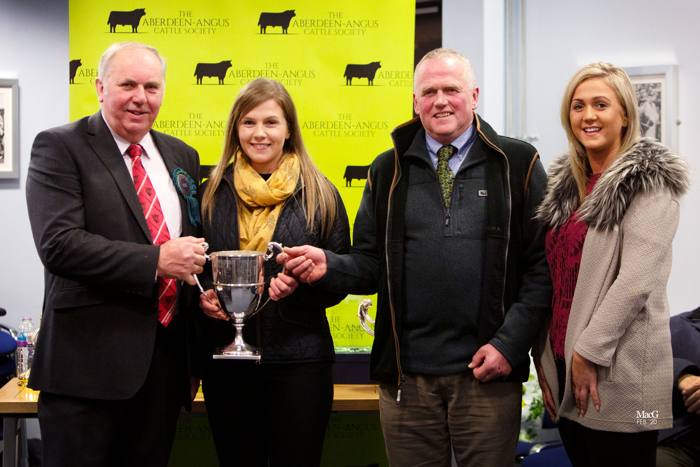 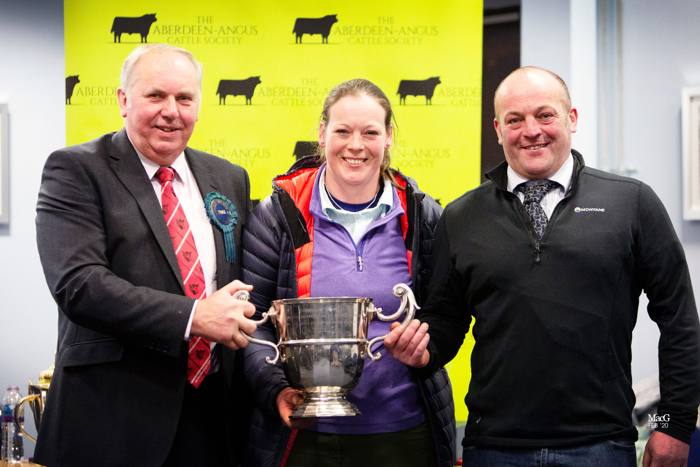 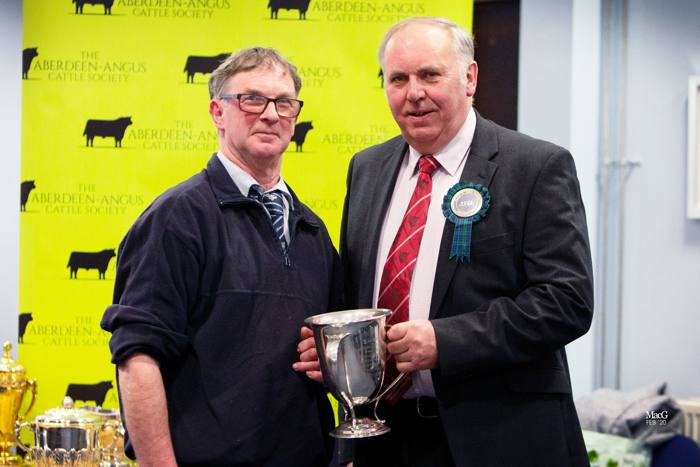 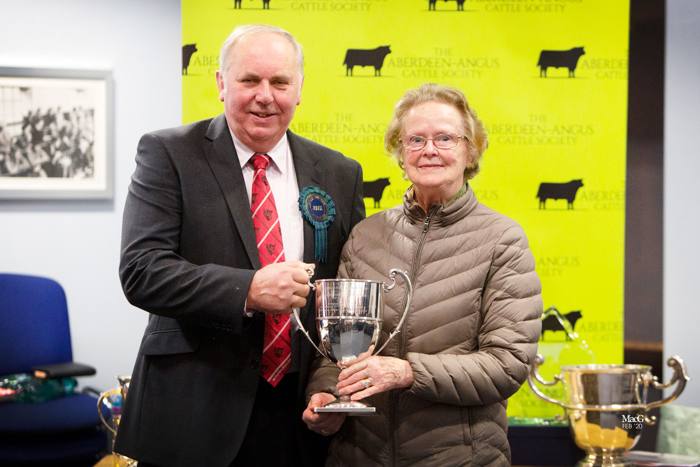 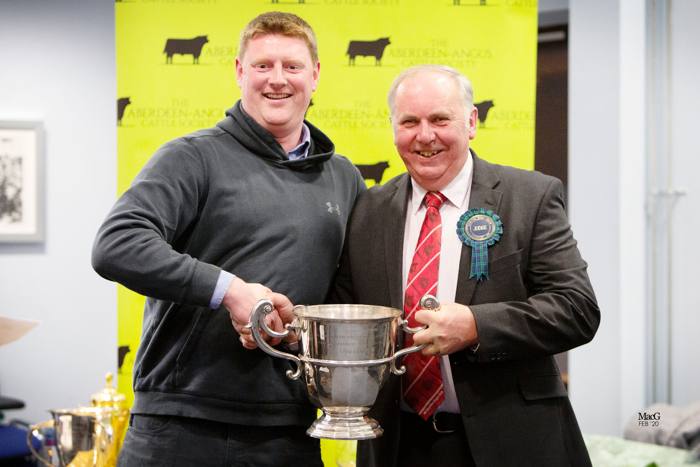 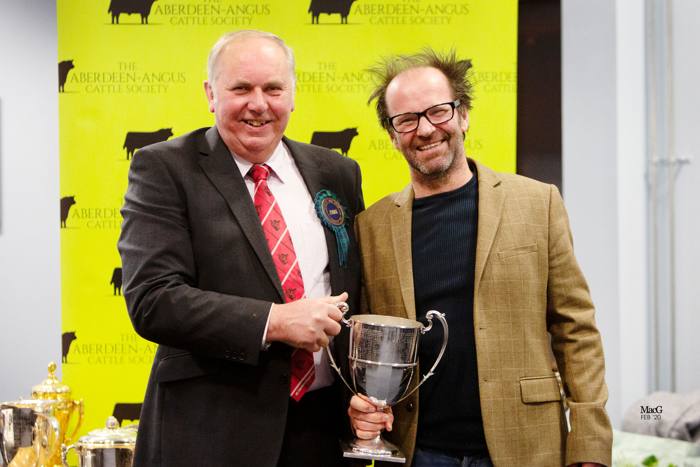 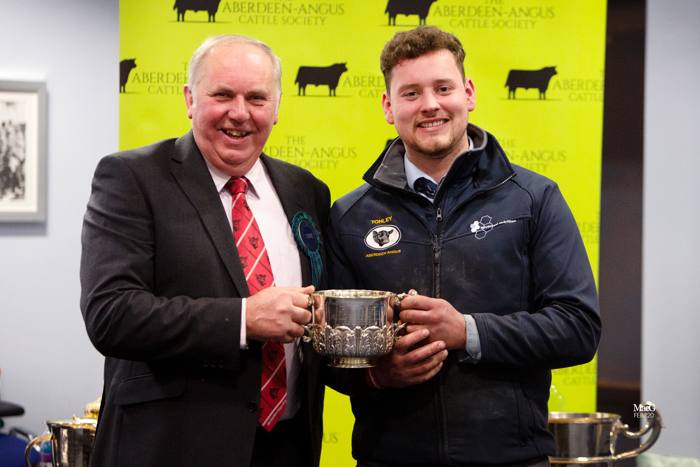 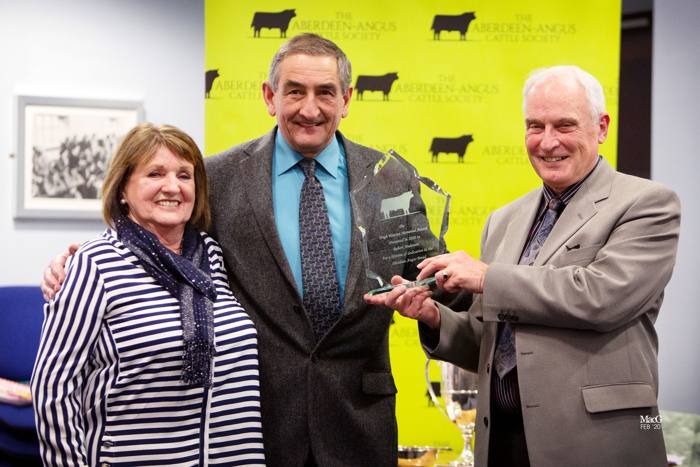 Presidents Award – Hugh Watson Award for a lifetime of dedication to the Aberdeen-Angus breed awarded to Bob Anderson  – Bob Anderson with his wife Margaret and past president Paul Jeenes.