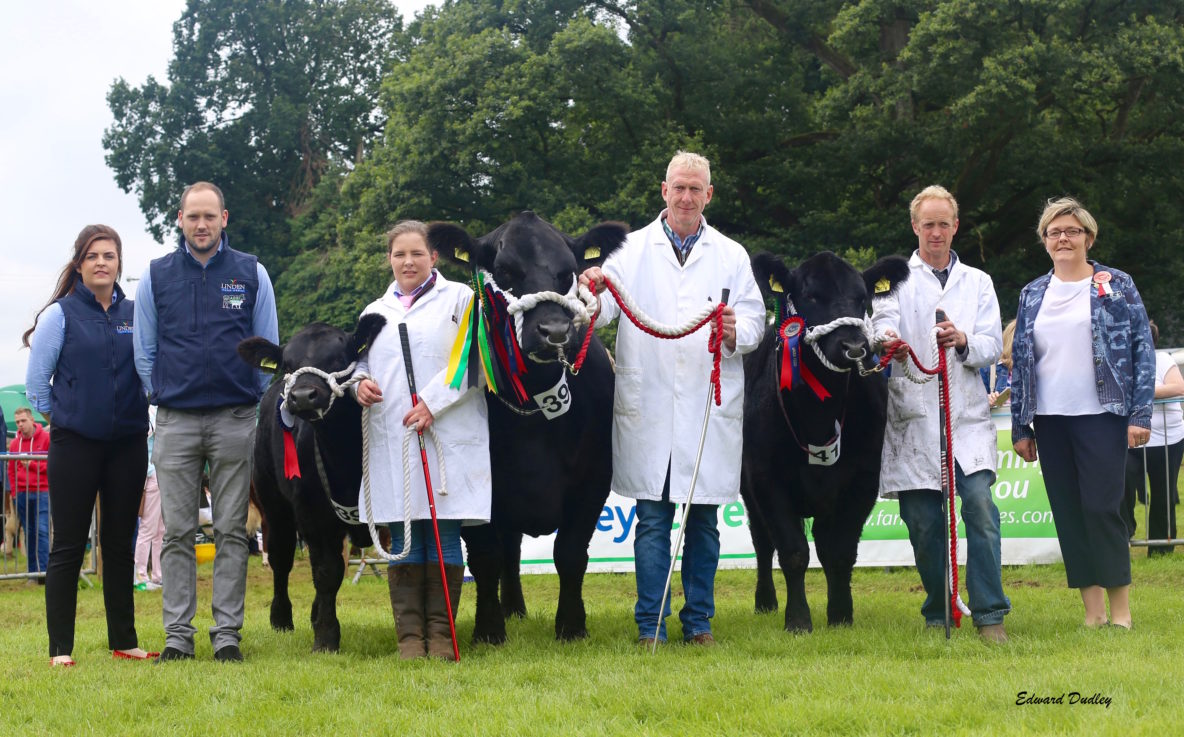 The final major showing event of the Northern Irish summer schedule took place at the 101st annual Clogher Valley Show in Augher, Co Tyrone yesterday. The inaugural Northern Ireland Aberdeen-Angus summer championships proved to be a very fitting climax to a competitive summer circuit for Northern Irish breeders with a very strong entry of over 50 cattle catalogued on the day. Judge Angela McGregor of Whiterashes, Aberdeen, Scotland, UK was extremely forthcoming in her praise for the event and thanked the Northern Ireland Aberdeen-Angus Club for the judging invitation and their top-notch hospitality.

The supreme Aberdeen-Angus championship was awarded to SJ Smyth, 12 Milltown Road, Magheracoltan, Newtownstewart, Co Tyrone with the three year old cow, Glen Cowie Jackie Erica F096. This one is a daughter of Scotsmill Enigma L073 and had previously won the junior cow class at the Royal Ulster Spring Show in Balmoral last May. She was shown with a January 2019 born bull calf at foot (who went on to take the junior male championship) with the champion cow and calf pair being described by judge Angela McGregor as “a tremendous working unit, very reflective of the capabilities of the Aberdeen-Angus breed with huge ring presence and great breed character throughout”. 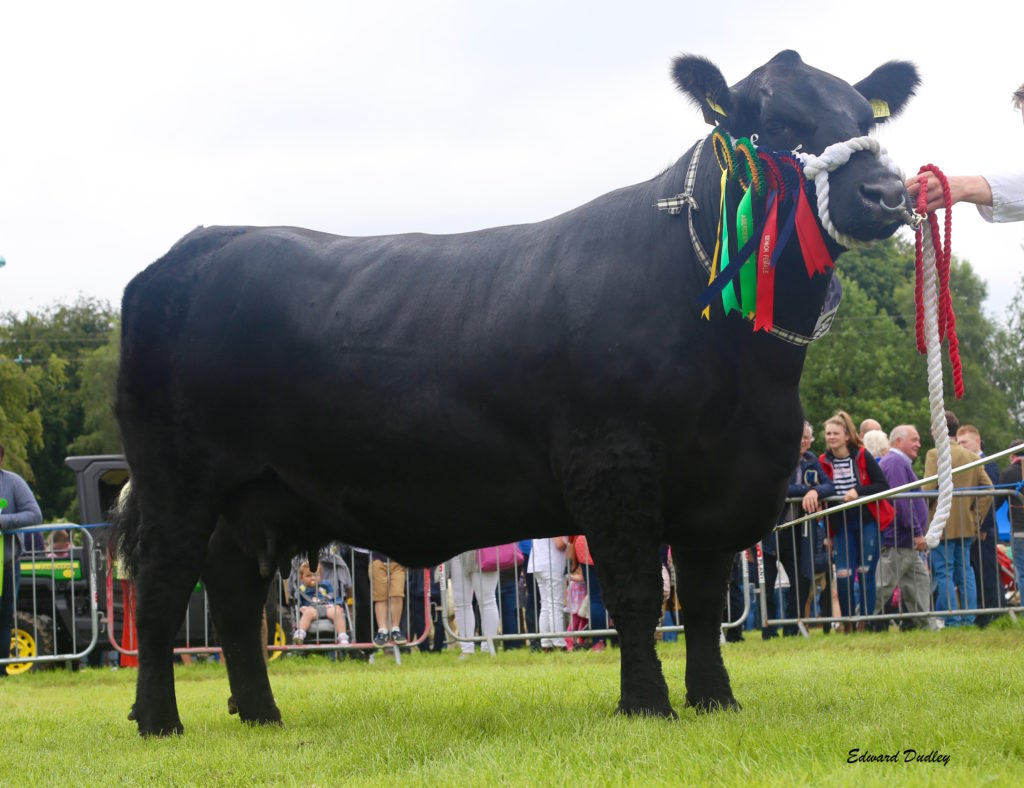 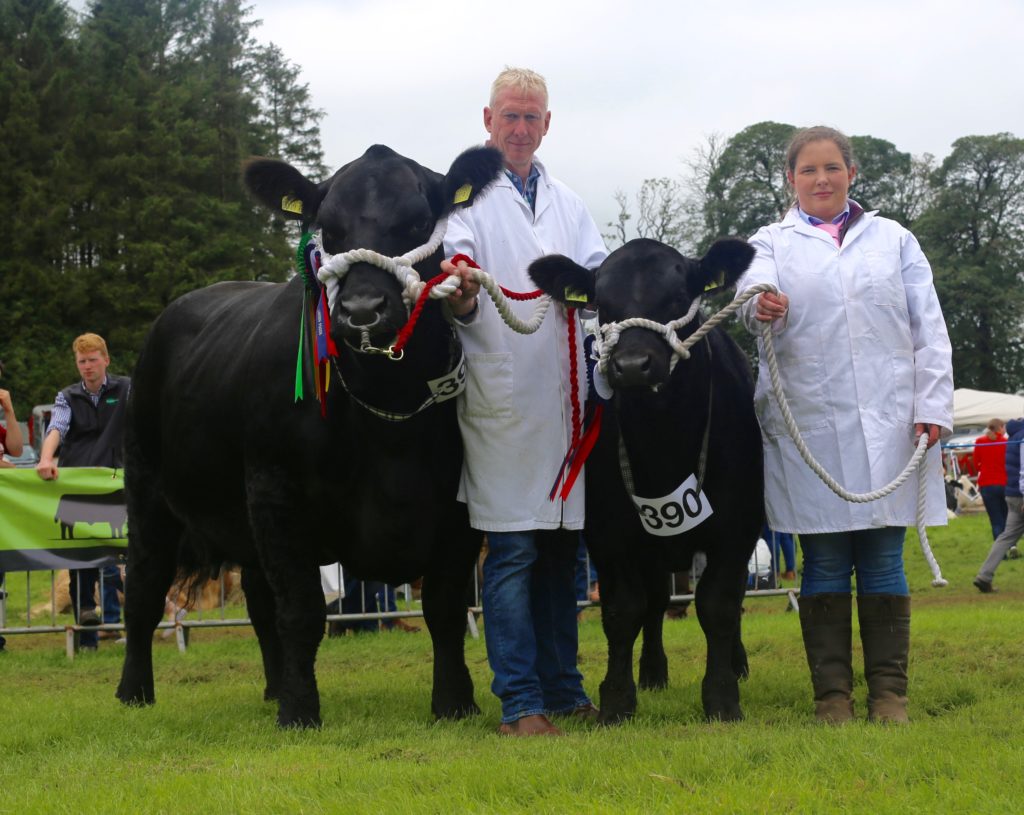 Moses Irwin, 98 Tattymoyle Road, Fintona, Co Tyrone took the reserve supreme Aberdeen-Angus championship with the 14 month old yearling heifer, Denamona Princess Caroline U824. This one was also awarded the overall junior female championship on the day and is sired by the noted AI bull, Netherton Mr Brazilian E377 with the dam coming from Blelack Princess Caroline F662 who was imported from N & F Massie & Sons, Aberdeen, Scotland some years ago. Judge Angela McGregor paid tribute to her reserve champion as “an all-round super heifer that moves beautifully in the ring and will undoubtedly go on to achieve big things in the future”. 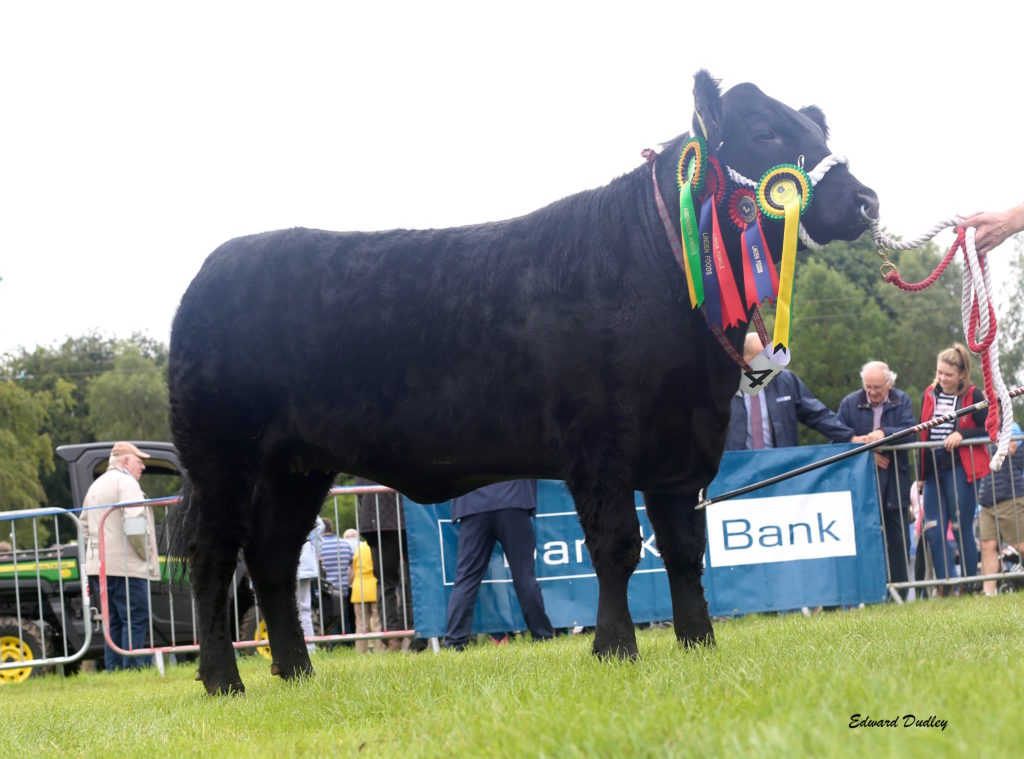 The senior male championship went to Freddie Davison, 9 Barrack Hill, Drumneath, Banbridge, Co Down with Ember Daniel U402. This January 2018 born bull is sired by Cheeklaw Edgar R515 and is out of Ember Delia M654 who is a Hallington Endeavour G136 daughter. This one had previously taken the red ticket at Balmoral this past Spring and was also the recipient of the best bull calf trophy at the 2018 Northern Ireland Aberdeen-Angus Club herds competition as a youngster last year. 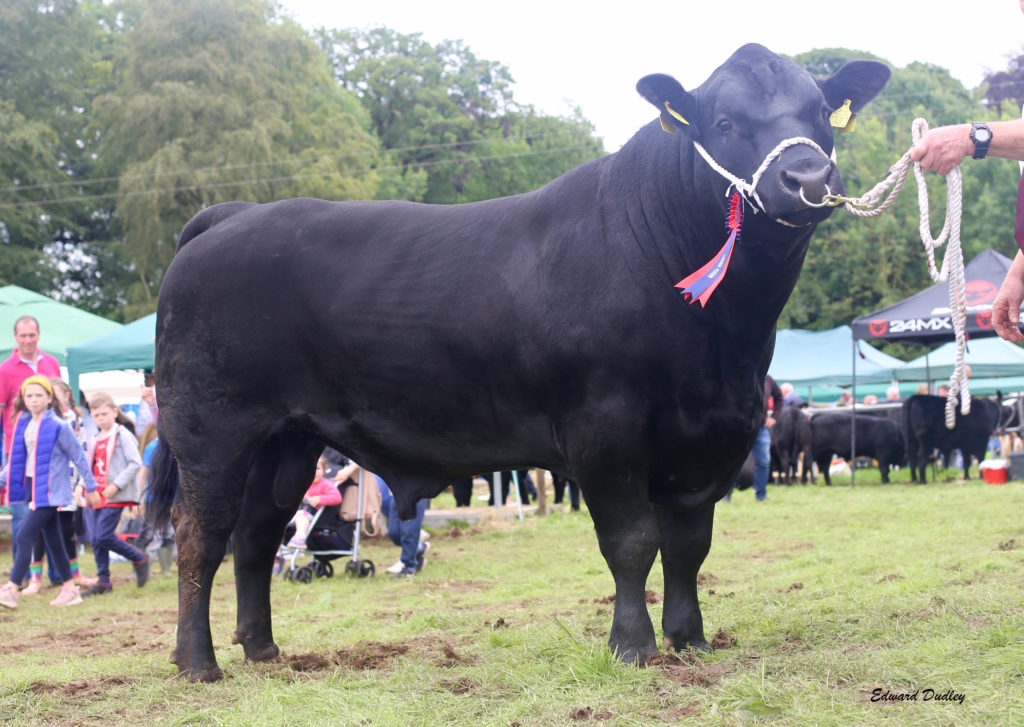 Taking the reserve senior male championship was Lana Elber U414 from Alan Cheney, 14 Stralongford Road, Trillick, Co Tyrone. This one was 2nd to the senior male champion in his class and is sired by Lana Eros R132 and is out of Lana Elba R073 who goes back to Fullam Elba D142.

The overall junior male championship went to SJ Smyth, 12 Milltown Road, Magheracoltan, Newtownstewart, Co Tyrone with the winner of the junior bull calf class, Bessiebell Jecko Eric V002. This one is a son of the day’s overall supreme champion and is sired by Blelack Evolution R454 and was expertly shown by Emma Allen, Strabane, Co Tyrone in the ring. 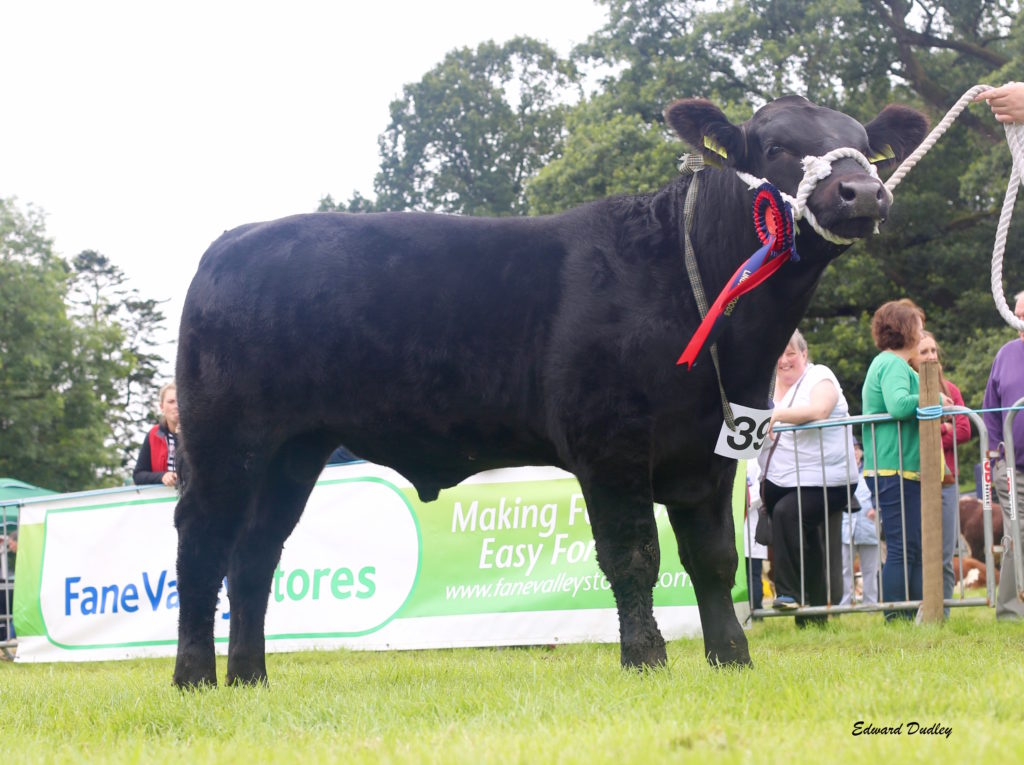 The reserve junior female championship was awarded to the winner of the junior heifer class, Coolermoney Rosita V924 exhibited by Adrian & Graeme Parke, 23 Coolermoney Road, Strabane, Co Tyrone. This stylish young calf was born in March 2019 and was one of the youngest entries at this year’s show and is sired by the legendary AI bull Aynho Rossiter Eric B125.

The reserve senior female championship went to the Matchett Family, 43 Cloncarrish Road, Birches, Portadown, Co Armagh with their two year old junior cow, Birches Lady Holly T301. This one was shown with a heifer calf at foot and had previously taken the 2019 Ulster Aberdeen-Angus Provincial Trophy at Antrim Show just four days prior to the show.

Finally, the Northern Ireland Aberdeen-Angus Club would like to make a sincere acknowledgment of gratitude to all the sponsors of the showing classes at the Ulster Aberdeen-Angus summer championships, particularly Linden Foods who acted as major sponsor for this year’s event. Special thanks also goes to Linden Foods representatives Keith Williamson & Leanne Kelly who were on hand during the day to present the championship rosettes to the winners. 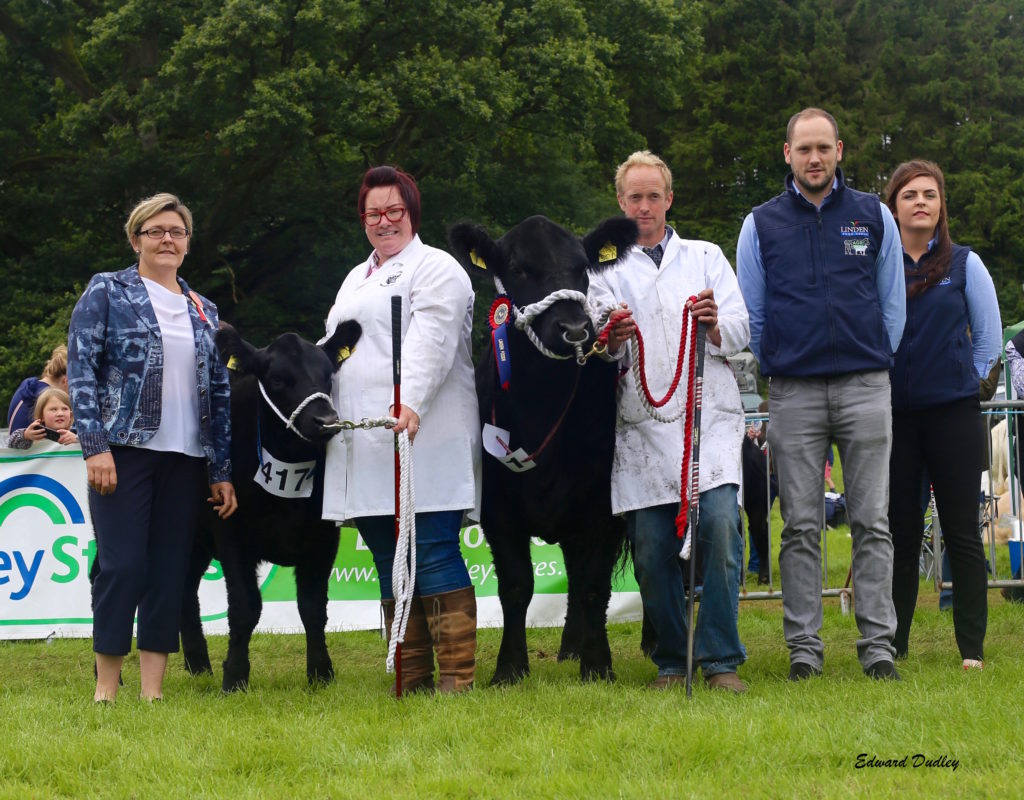 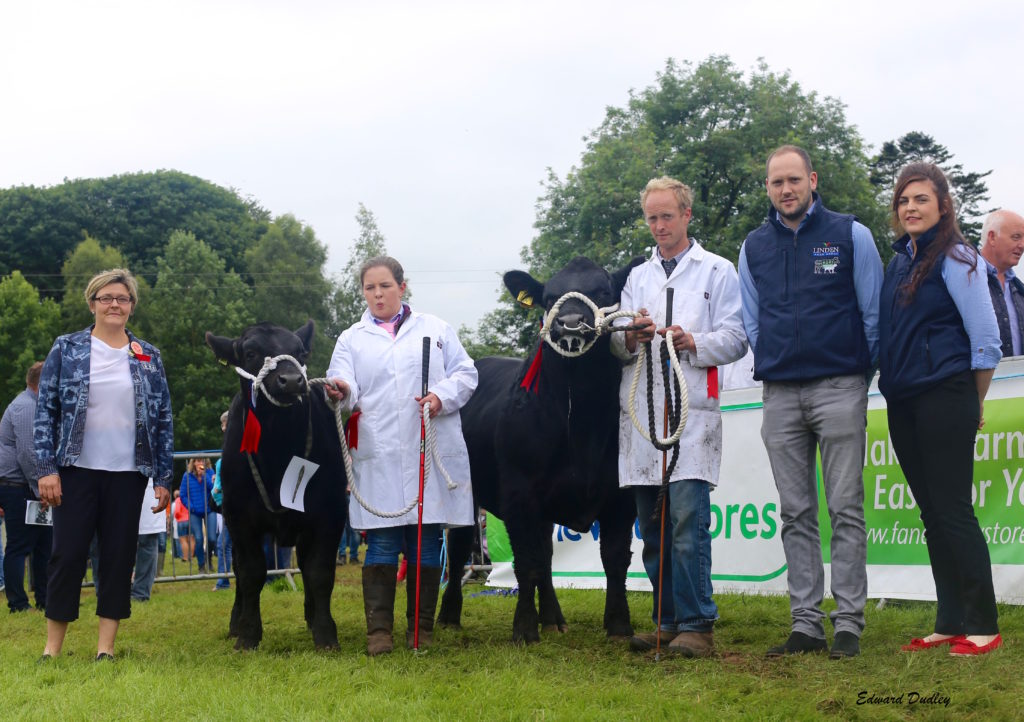 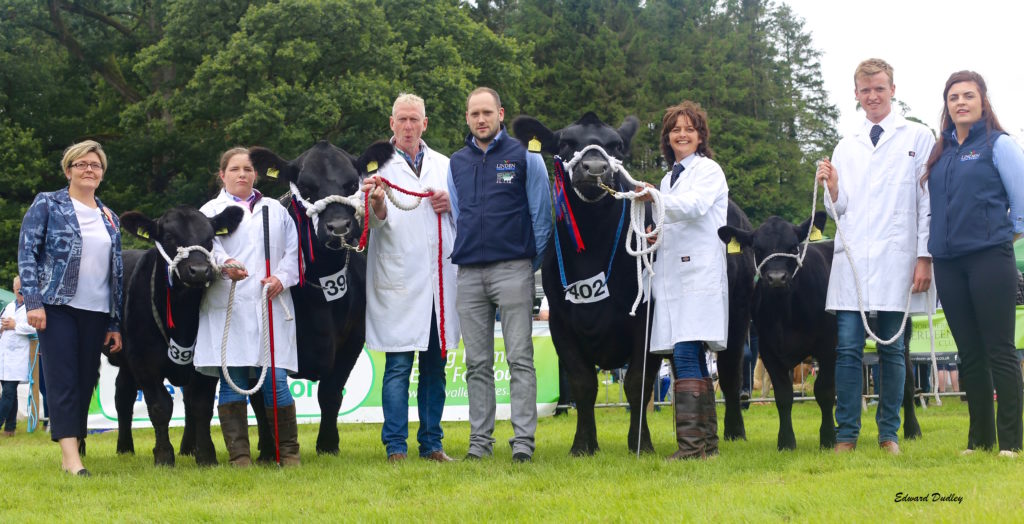 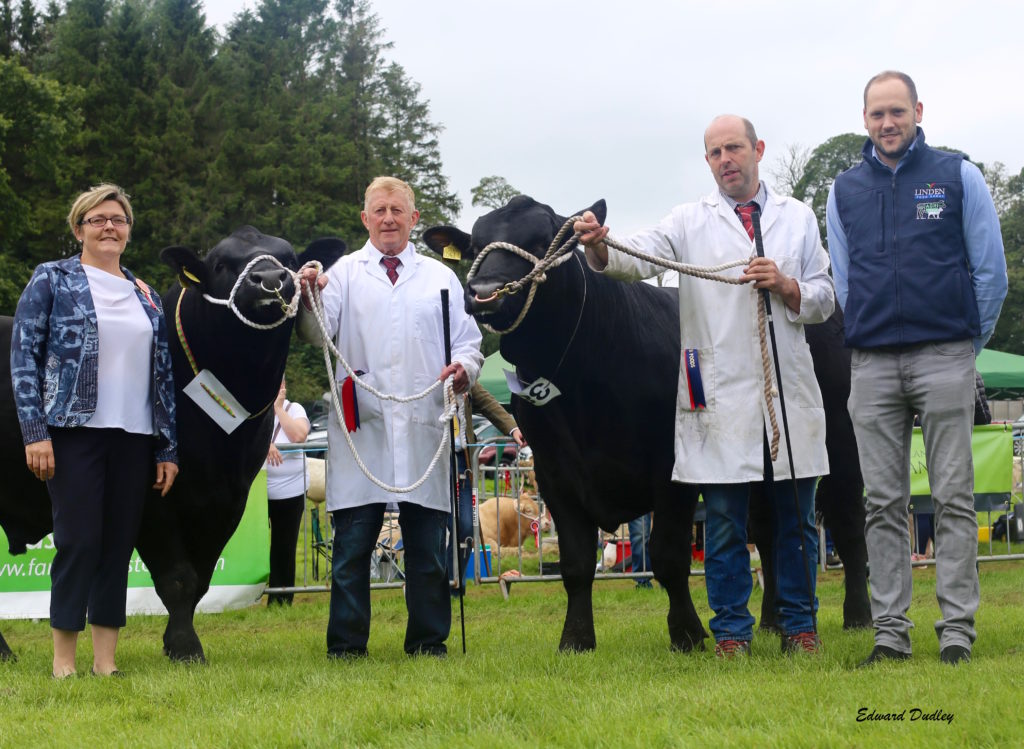