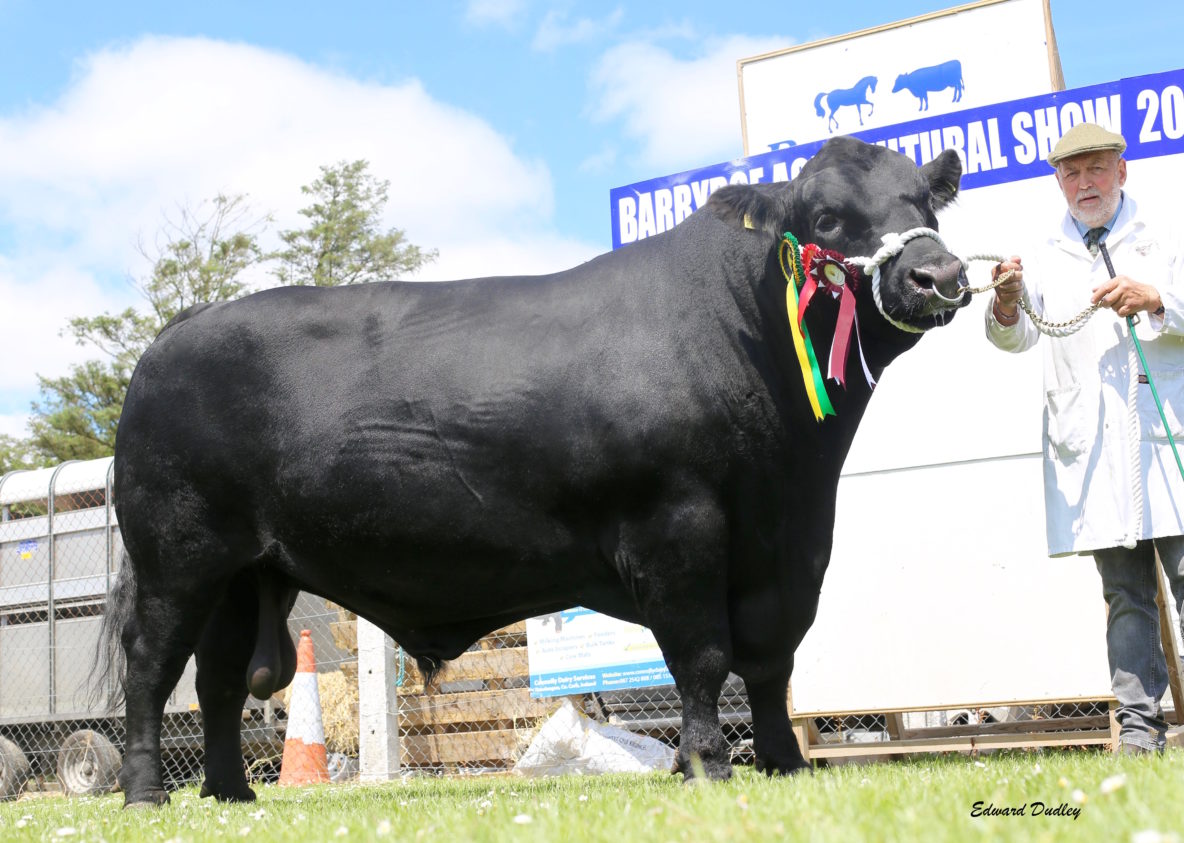 The prestigious Munster Provincial Trophy (one of four regional awards to be handed out each year) was won by Albert & Jennifer DeCogan, Killamuckey, Castlemartyr, Co Cork at Cork Show last month. The DeCogans have claimed Munster’s top showing accolade for the last eight consecutive years and took the title this time round with their senior stock bull, Cheeklaw Jake Eric R535 (pictured here at Barryroe Show where he also took supreme championship honours). This four year old bull is one of several stock bulls in use at the Mogeely Aberdeen-Angus herd and has claimed multiple 1st prize wins on the 2019 show circuit to date.

Meanwhile, Barryroe Show also marked the midway point in the annual Munster Aberdeen-Angus Club Calf Finals with Edward Dudley’s Castlelough Mister Bert U196 and Albert & Jennifer DeCogan’s Mogeely Pru U600 leading the contest in the male and female sections respectively. The finals of the calf competition takes place at Nenagh Show on August Bank Holiday Monday, (August 5th) and it promises to be a very keenly contested finale.