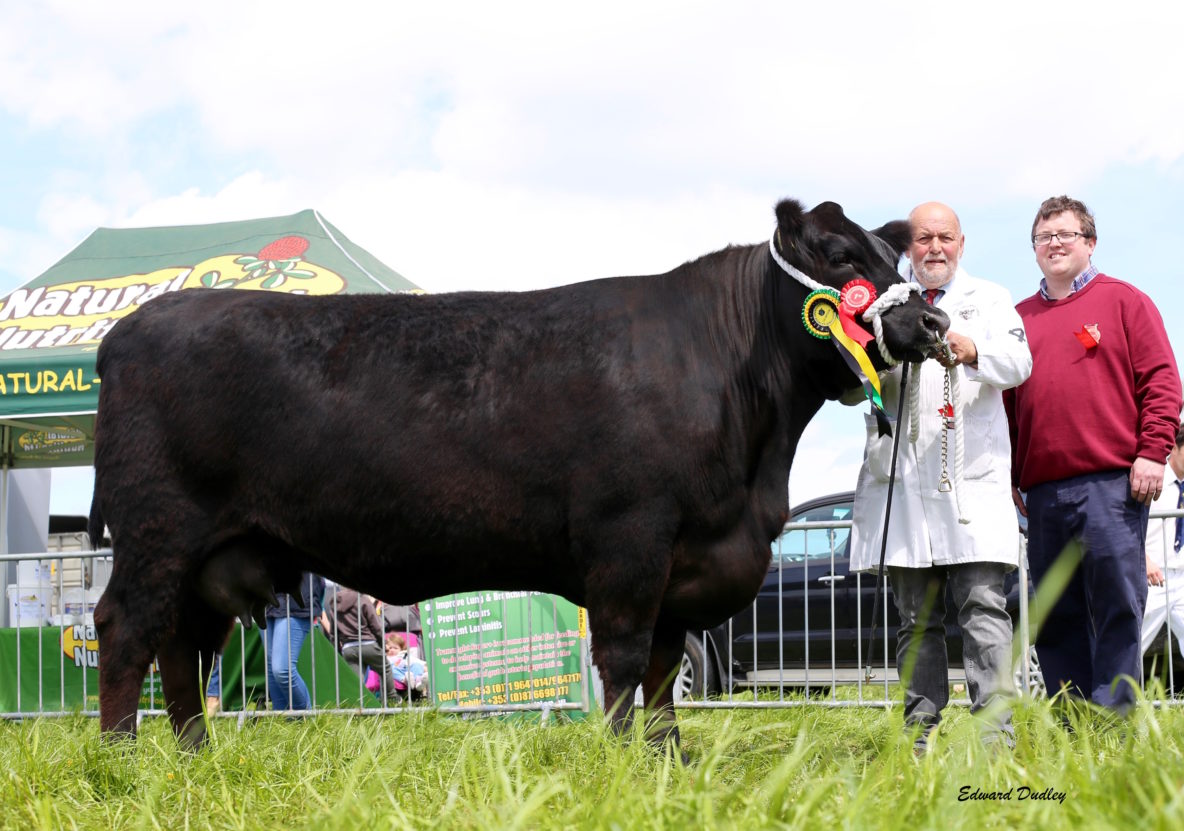 After an absence of one year, the Midleton Summer Show returned in full force over the weekend in a brand new venue of Coppingerstown on the outskirts of the town of Midleton in West Cork. This year’s show was well supported on the day and the hardworking show committee deserve huge recognition for bringing the show back for 2019 and ensuring its survival on the show circuit for many years to come.

Albert & Jennifer DeCogan, Killamuckey, Castlemartyr, Co Cork secured the overall supreme Aberdeen-Angus breed championship of the show with their homebred senior cow, Mogeely Flora R373 (pictured above). This four year old cow was only haltered for the first time this year and is sired by the multi All-Ireland Aberdeen-Angus champion, Rosemead Karona J957 and is out of Luddenmore Flora J031 who goes back to the noted brood cow, Netherton Flora B162.

Tom Reynolds, Johnstons Bridge, Bornacoola, Co Leitrim was richly rewarded for his near 600 km round trip to Midleton as his Autumn 2018 born heifer calf was tapped forward as reserve Aberdeen-Angus champion by show judge, David Faughnan from Mohill in Co Leitrim.

Tom Reynolds with the reserve champion and judge David Faughnan.

Finally, the Munster Aberdeen-Angus calf competitions began at Midleton with the first of the points for the summer-long contest being awarded to the top bull and heifer calves present on the day. Edward Dudley, Kilsunny House, Dovea, Thurles, Co Tipperary emerged as the early front-runner in both categories, leading the charge with Castlelough Mister Bert U196 and Castlelough Petal U202 in the bull and females sections respectively. Points will also be accumulated at Cork, Barryroe, Dungarvan and Nenagh shows and all Aberdeen-Angus breeders in the Munster province are encouraged to exhibit calves at these shows where possible.