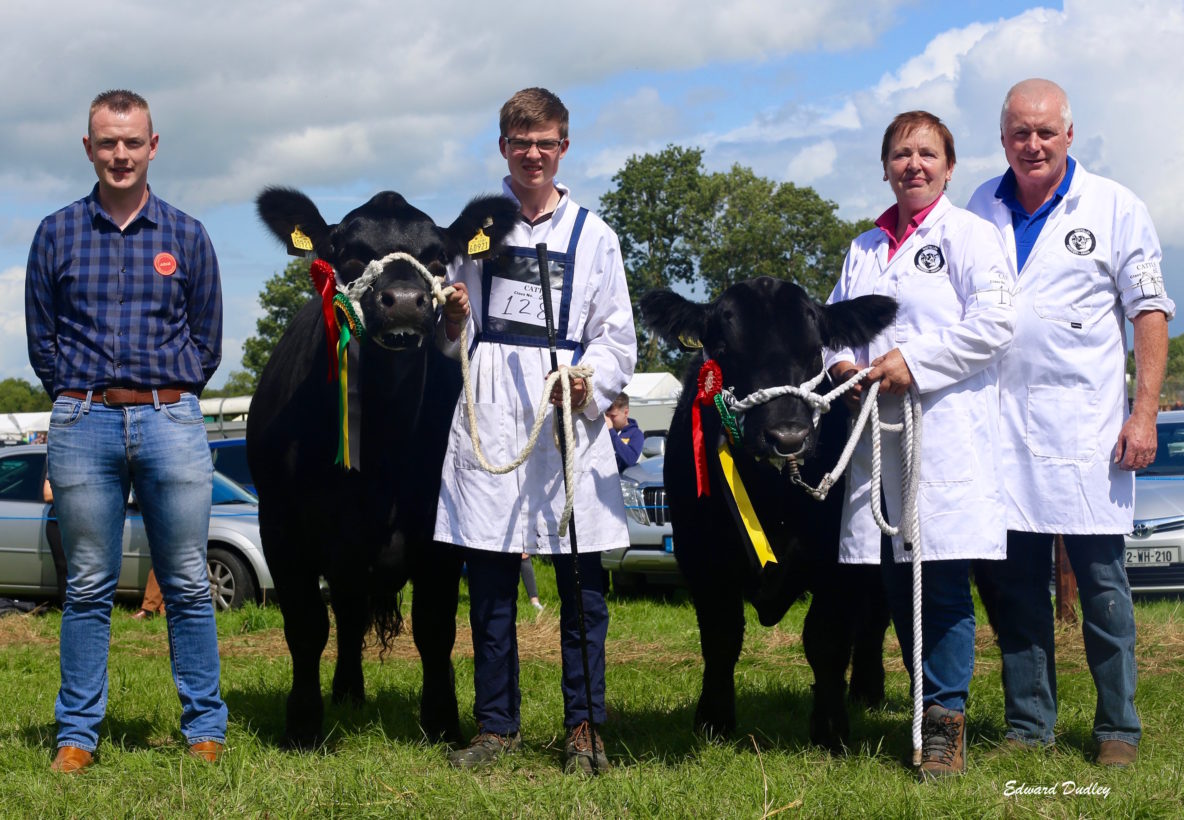 The Munster Aberdeen-Angus Club staged the finale of its annual calf competitions at Nenagh Show over the August Bank Holiday weekend. The contest, now in its third year, has grown in popularity and stature each season and helped contribute to the biggest overall entry of Aberdeen-Angus cattle ever seen at Nenagh Show in its entire history. Judge for the occasion was Barry Smith of the Lawsons Ford Aberdeen-Angus herd in Co Cavan who had some very close and tough decisions to make in each of the day’s seven showing classes.

The 2019 Munster Aberdeen-Angus Junior Bull of the Year title went to Edward Dudley, Dovea, Thurles, Co Tipperary with Castlelough Mister Bert U196. This September 2018 born bull was just one point shy of the maximum point score for the summer-long calf championship and was never placed out of the top two standings at any show that he exhibited at all summer. This one is out of Castlelough Miss Bea P142 (herself supreme Aberdeen-Angus champion at Nenagh as a calf in 2015) and is one of just 9 Aberdeen-Angus calves born at Castlelough last year. 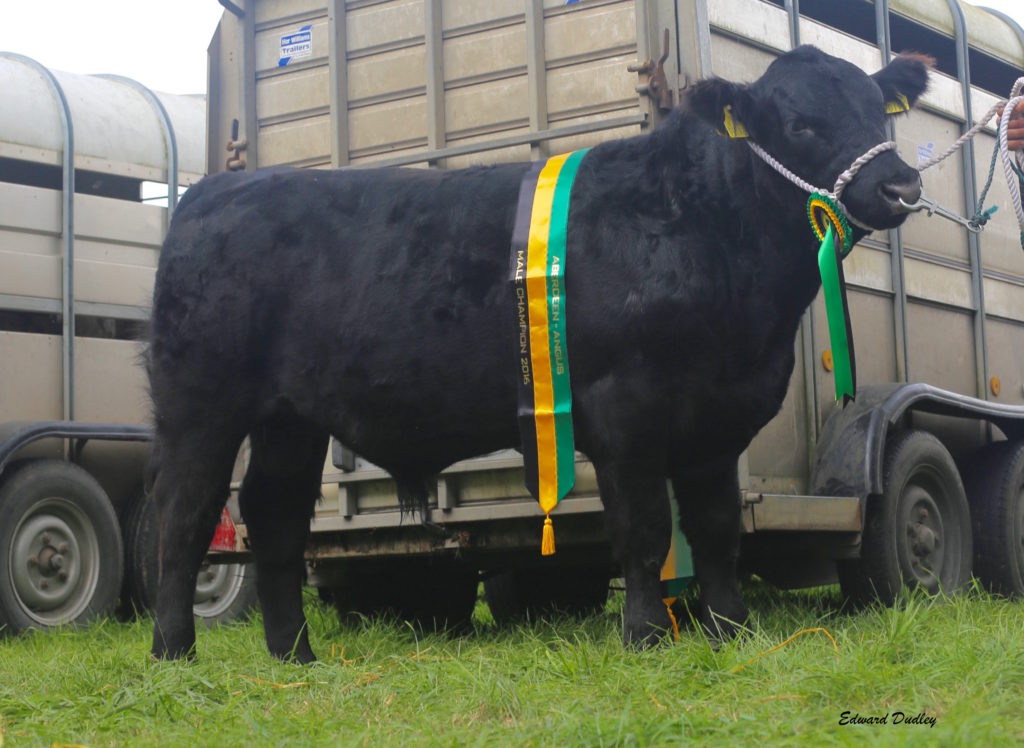 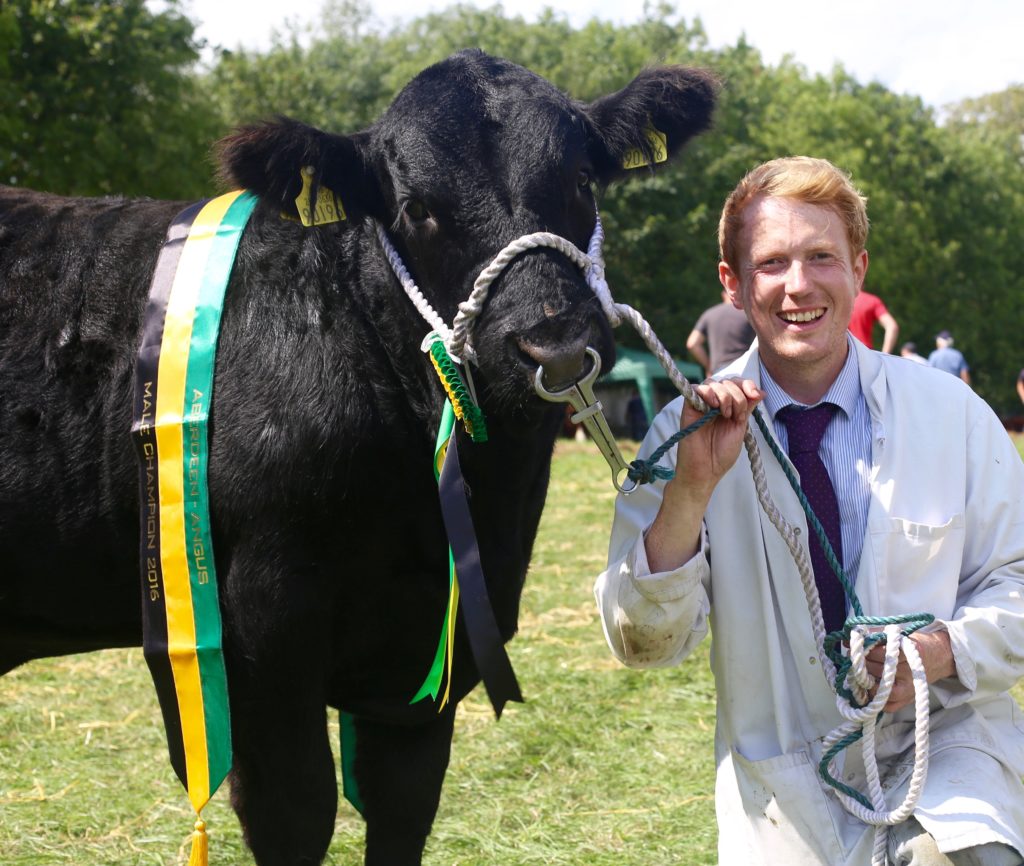 Edward Dudley with his first ever Munster provincial champion.

John & Kate Tait, Westwood, Rostellan, Midleton, Co Cork took the runner-up spot in the Munster Aberdeen-Angus Junior Bull of the Year contest with Westellen Rocky U838. This one is an embryo son of the Canadian donor cow, Prairielane 5057 Rosebud 8109 and the American AI bull TC Freedom 104 and also took the reserve supreme Aberdeen-Angus championship at Nenagh. 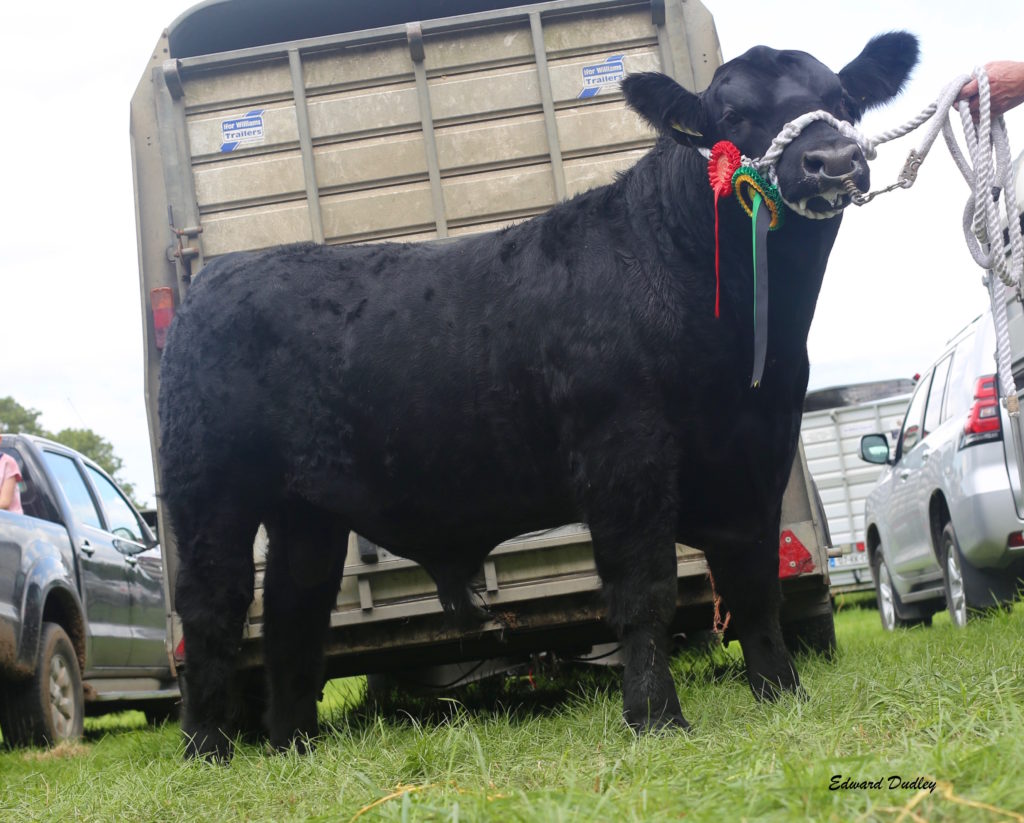 The 2019 Munster Aberdeen-Angus Junior Female of the Year title went to regular exhibitors on the Munster circuit, Albert & Jennifer DeCogan, Killamuckey, Castlemartyr, Co Cork with Mogeely Pru U600. This October 2018 born heifer is the first calf of the Scottish bred Cheeklaw Pru S541 who was purchased by the DeCogans for £20,000gns at the Cheeklaw Aberdeen-Angus dispersal sale at Stirling in October 2017, with the sire coming in the form of the three-time All-Ireland Aberdeen-Angus Champion, Rosemead Karona J957. This young heifer is the second successive female to claim the Munster female championship for the Mogeely Aberdeen-Angus herd, following on from Mogeely Diane T540 who took the top spot in 2018. 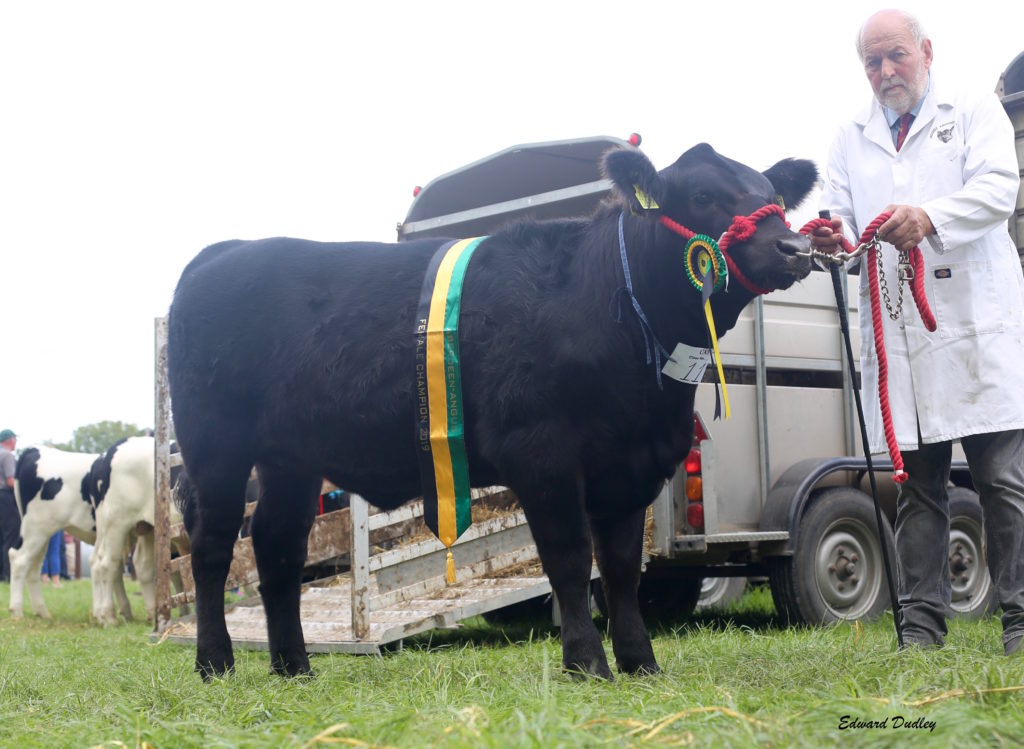 John & Kate Tait, Westwood, Rostellan, Midleton, Co Cork took the runner-up spot in the female calf championships with Westellen Dana U840. This one took the red rosette at Nenagh and Dungarvan shows and is a daughter of Shadwell Jafar Eric N658 and is out of the homebred cow, Westellen Dana P762 who is sired by Ankonian Elixir 100. 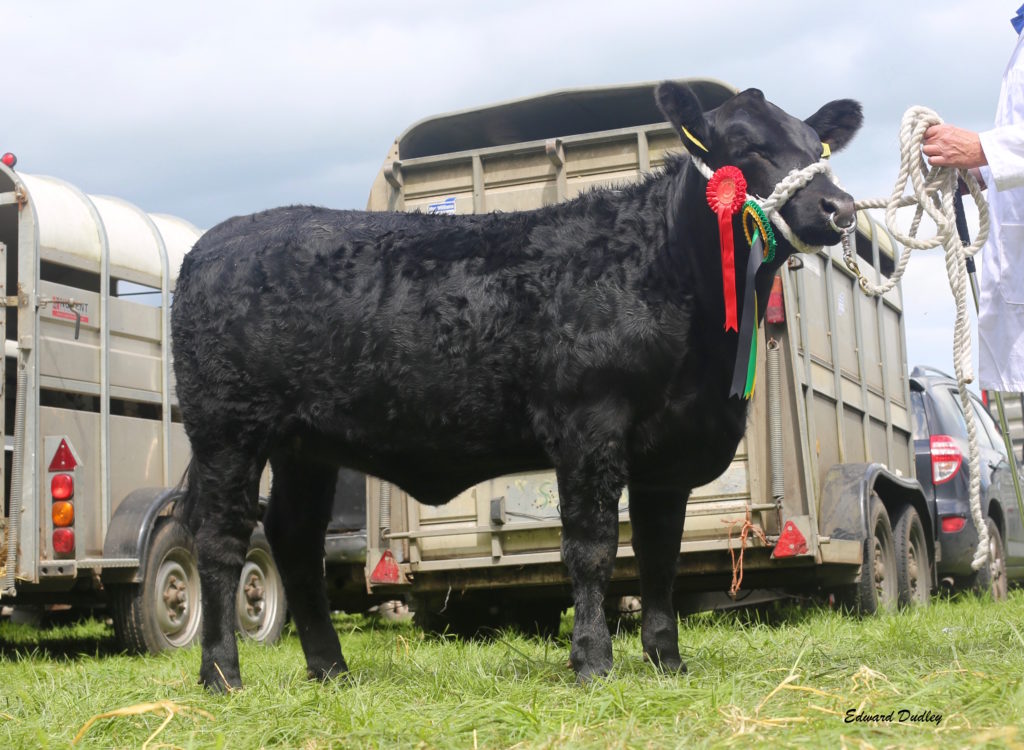