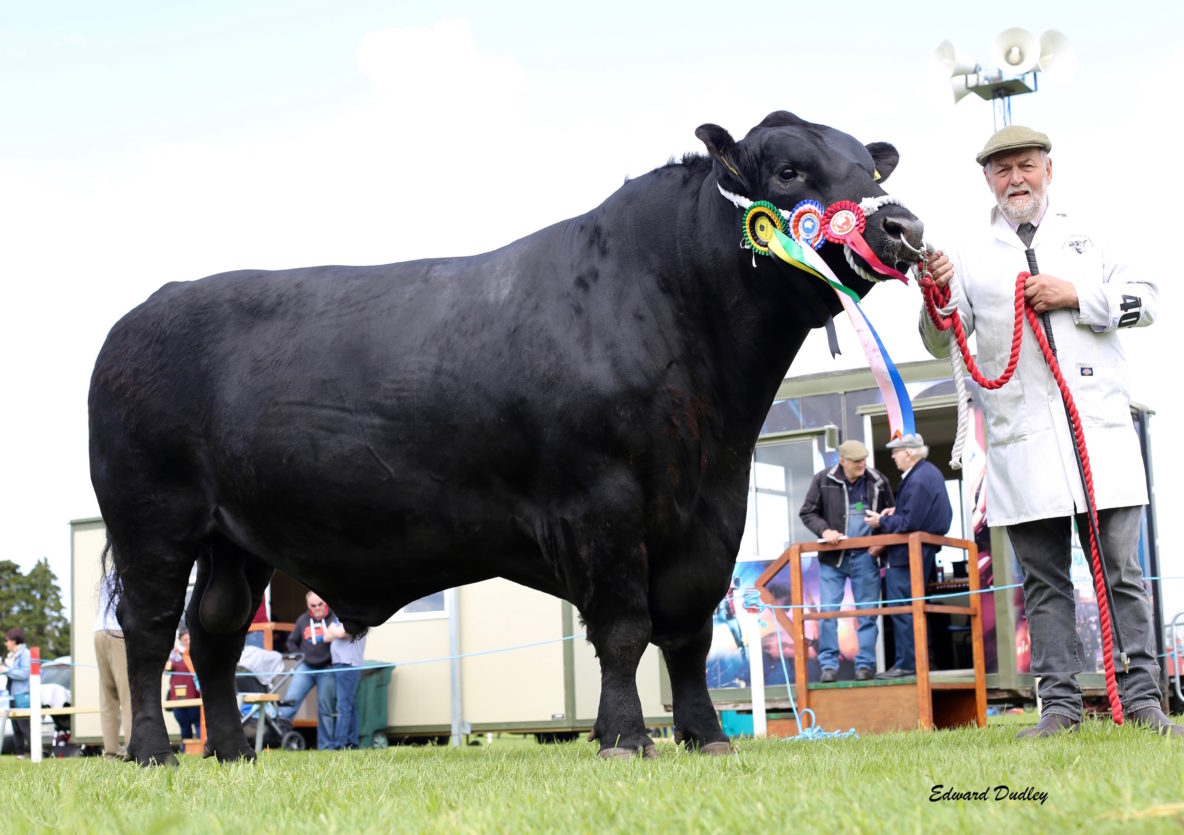 Following on from last week’s Royal Ulster Spring Show in Balmoral, the first of the agricultural shows got underway in Southern Ireland over the weekend with the annual Bandon Show taking place in Co Cork. The Aberdeen-Angus entry was up on previous years with all 9 classes in the Aberdeen-Angus section very well supported.

The supreme Aberdeen-Angus championship, under show judge Michael Horan, Coolcran, Knockmore, Ballina, Co Mayo, was awarded to Albert & Jennifer DeCogan, Killamuckey, Castlemartyr, Co Cork with their senior stock bull, Cheeklaw Jake Eric R535. This four year old bull is one of several stock bulls standing at the 50 cow Mogeely Aberdeen-Angus herd and made a triumphant return to the show circuit for the DeCogans after having claimed several major championships over the last two seasons.

The Munster show circuit continues at Midleton Show this coming Sunday (May 26th) with the launch of the Munster Aberdeen-Angus Club calf competitions and we look forward to keeping you up to date with all of the results from the Irish show circuit as the summer progresses.