Fulsome praise for Aberdeen-Angus at the 2019 Black Beauty Bonanza 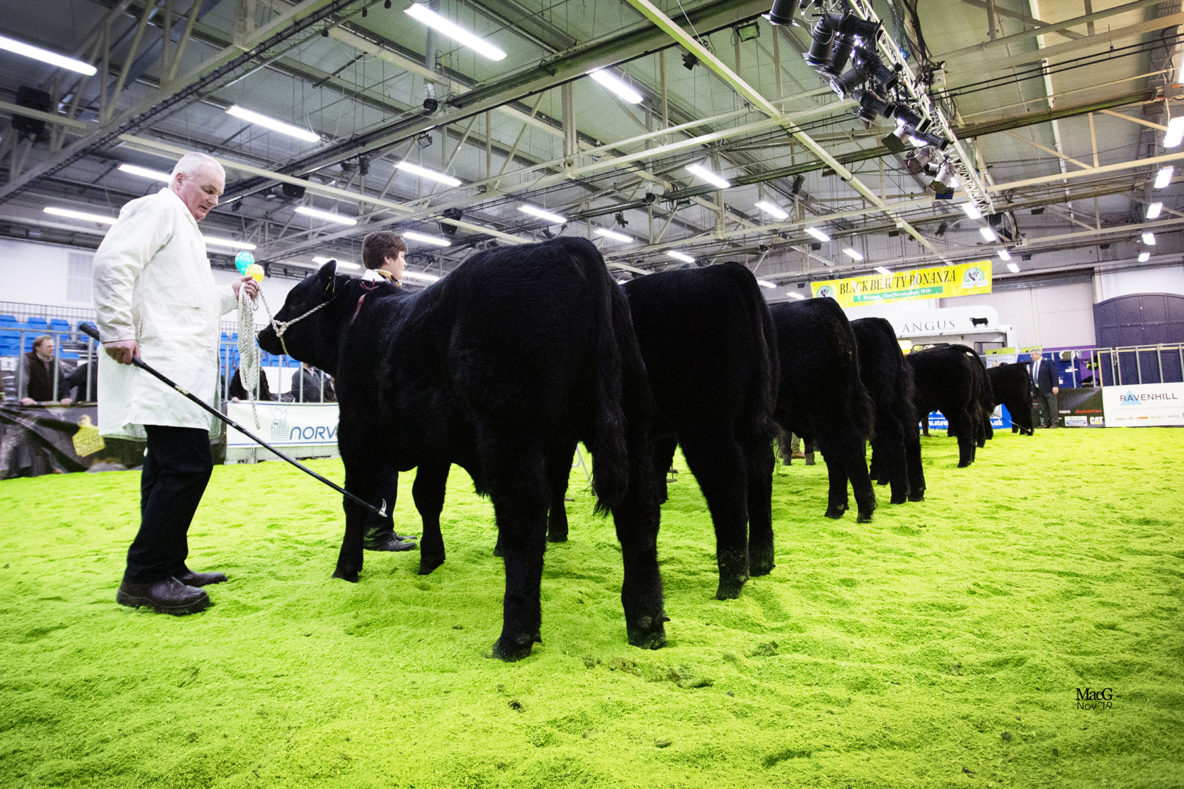 Northumberland breeder, Dallas Allen, whose experience as a judge includes officiating at the all-Ireland Aberdeen-Angus calf show a month earlier, said the show of calves and yearling Aberdeen-Angus was the best he had ever judged.

“There was depth in every class and the first three-or-four in each of the 13 classes would have been worthy winners,” he said.

Mr Allen said the characteristics he was looking for were breed character, easy fleshing and good locomotion and he found that in all four champions.

“All the cattle I put to the top have a bright future ahead of them and the potential to make a real impact on the breed,” he said. 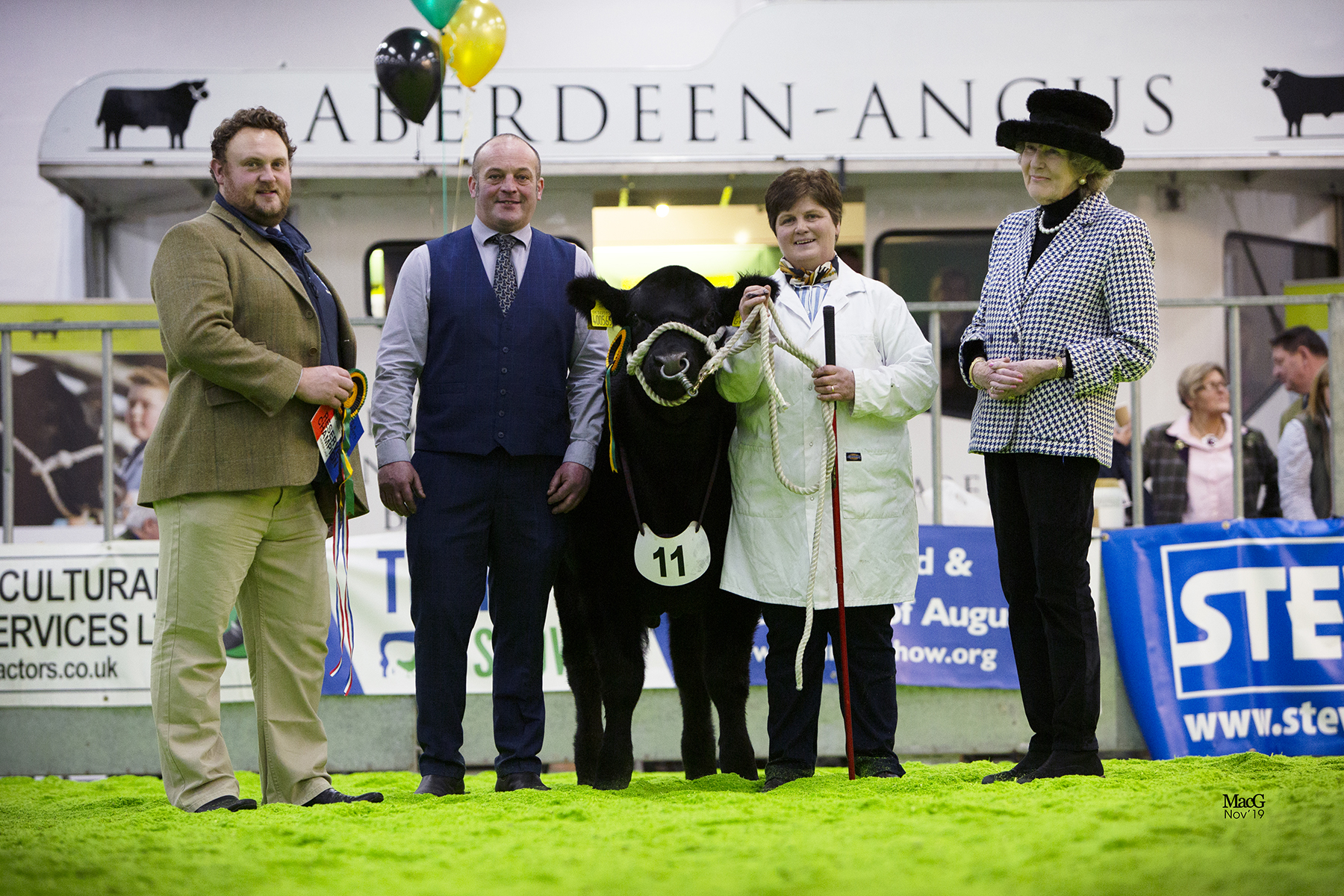 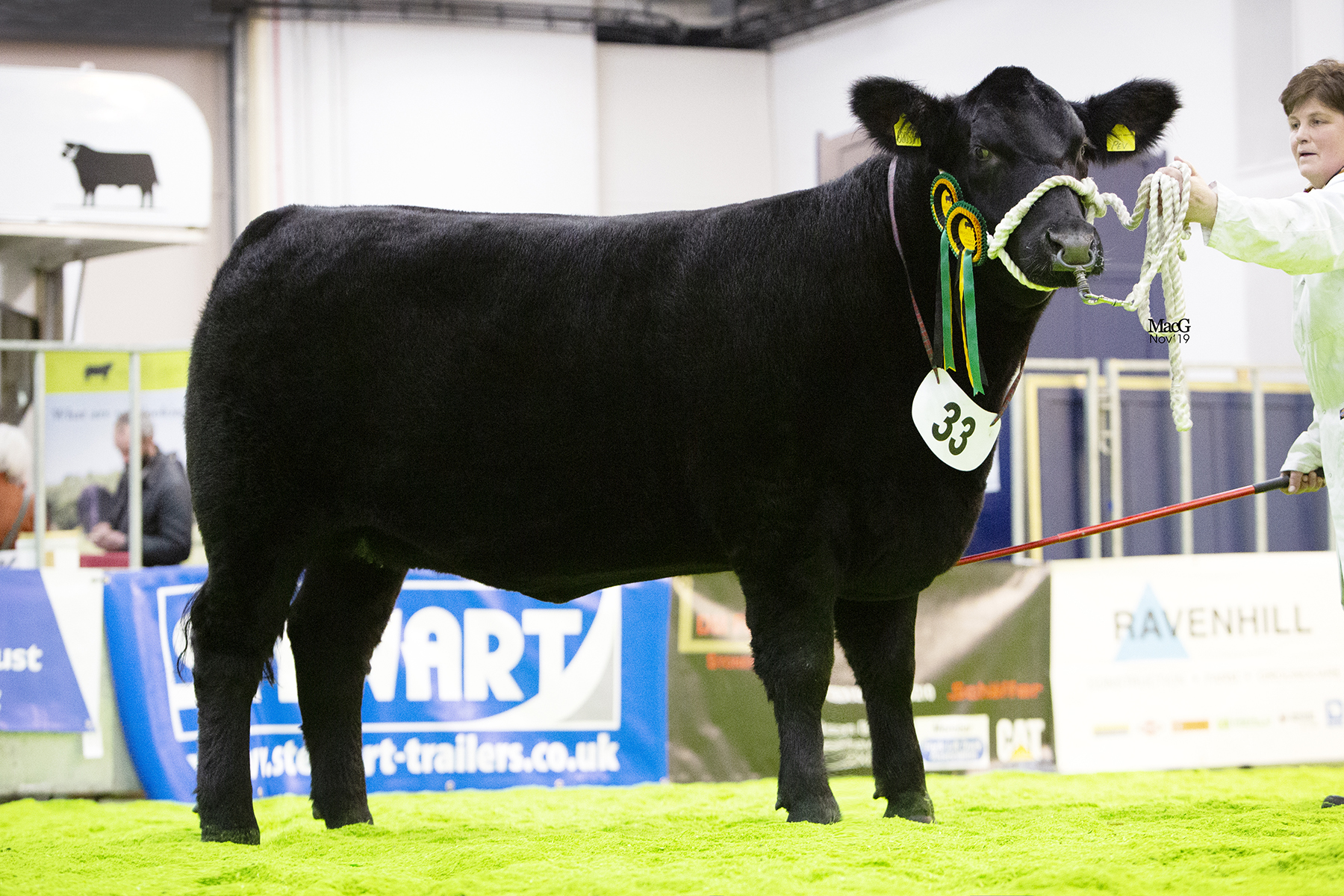 The recently retired Lord Lieutenant of Banffshire, Clare Russell, took particular pleasure in presenting the championship awards to her farm manager, David Johnstone, the current chairman of the North East Aberdeen-Angus Club who organise the event, and his wife, Susan.

Aberdeenshire breeder, Neil Wattie, and his son, Mark, of Mains of Tonley, Alford, repeated their success at the Stars of the Future at Stirling the previous week to carry off the heifer calf championship with their Stars of the Future junior champion, the 10 month old, Tonley Lady Heather V591, by Blelack Evermore J231, a sire bought in Ireland as an older bull, and also stood reserve for the yearling bull championship with the 19 month old, Tonley Jezza Eric U518, by Warrenho Emperor M425. 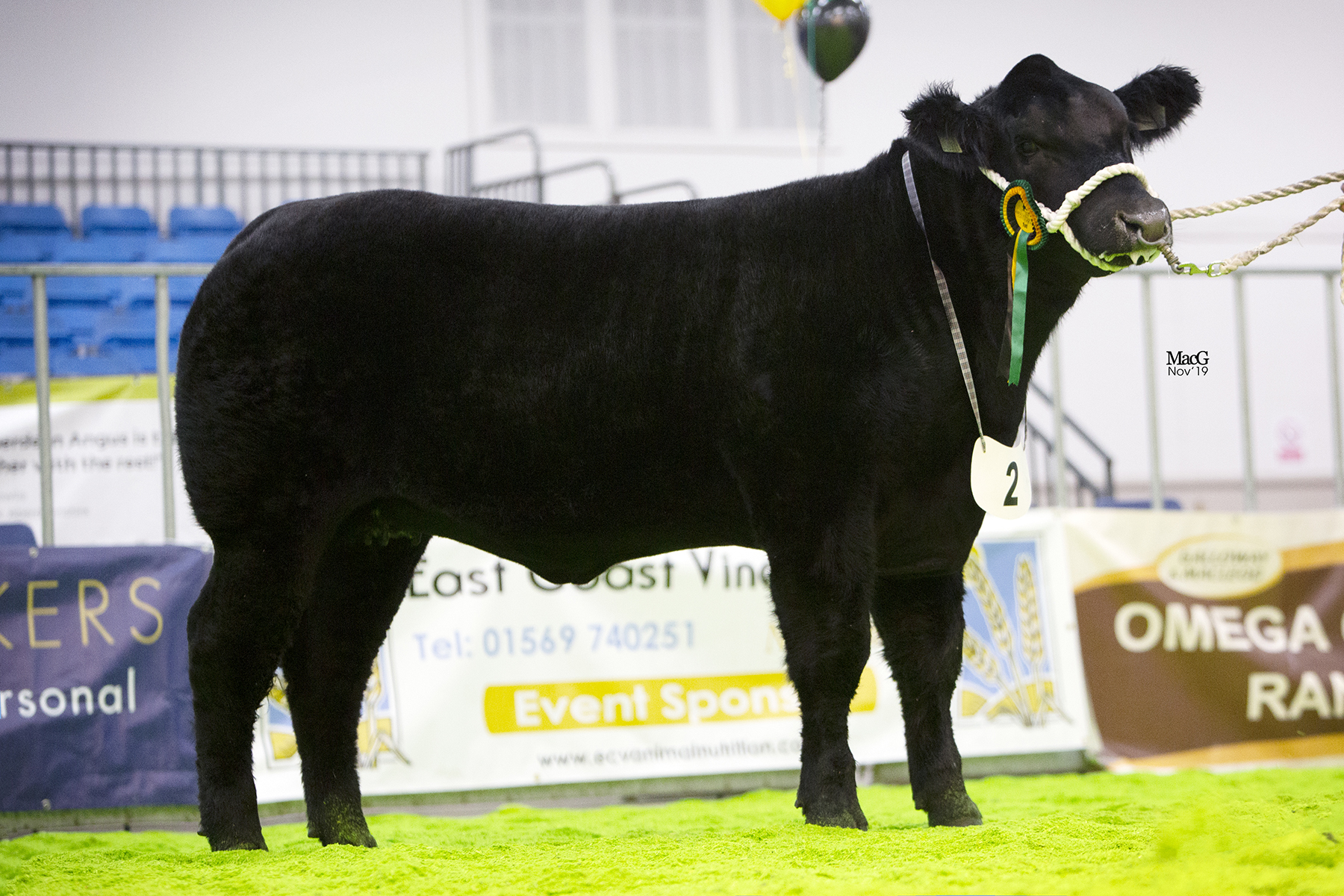 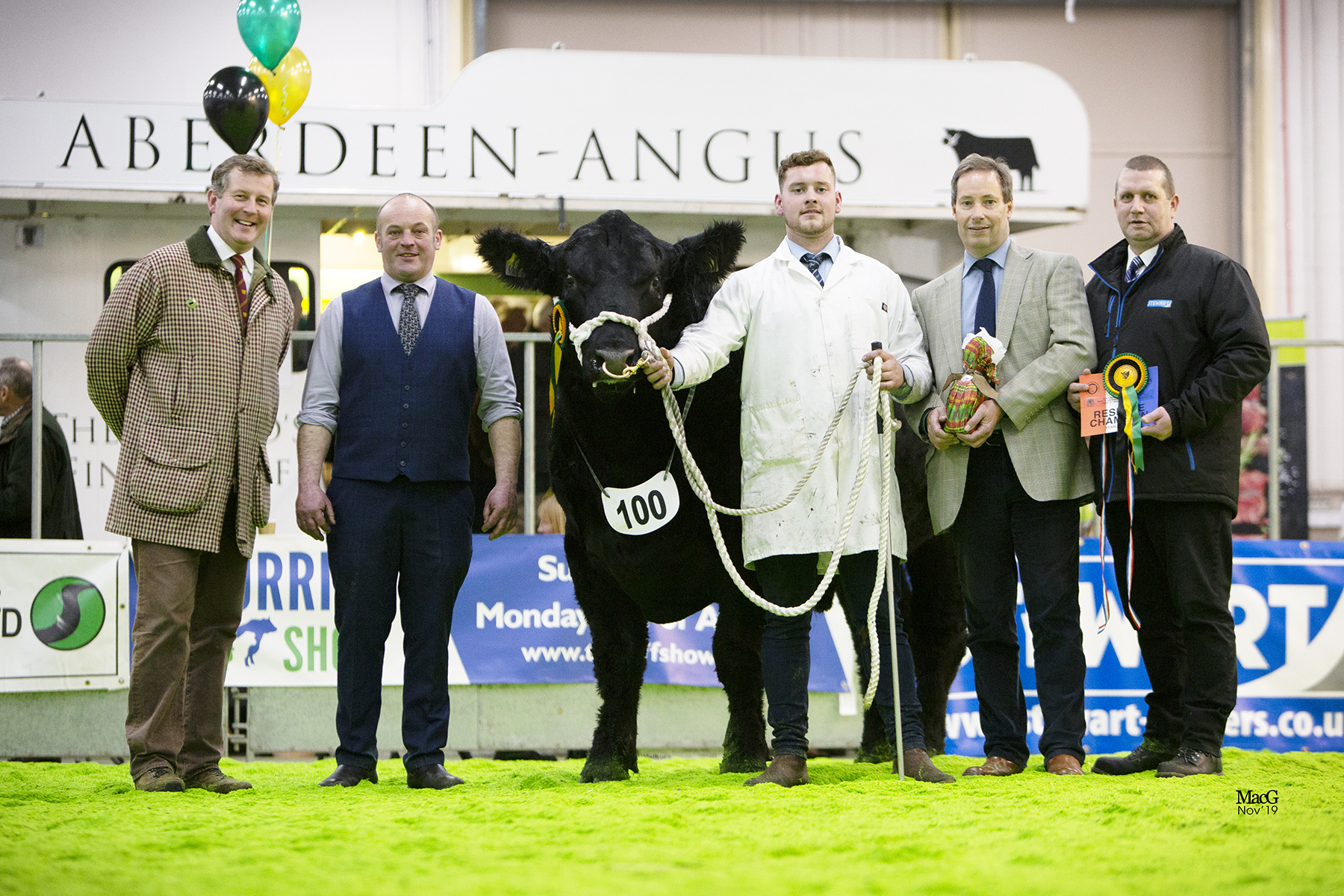 Also enjoying a double success was Stephanie Dick, Westerton, Cowie, Stirling, who took the reserve yearling heifer championship with the 20 month old, Crew Destiny U601, an ET daughter of Hallington Evo, which was following on from her reserve female championship success at Agri Expo two weeks earlier, and the bull calf championship with the 10 month old, Stephick Ezra V561, an ET son of Weeton Diamond Mine P444, a first prize winner at Stars of the Future. 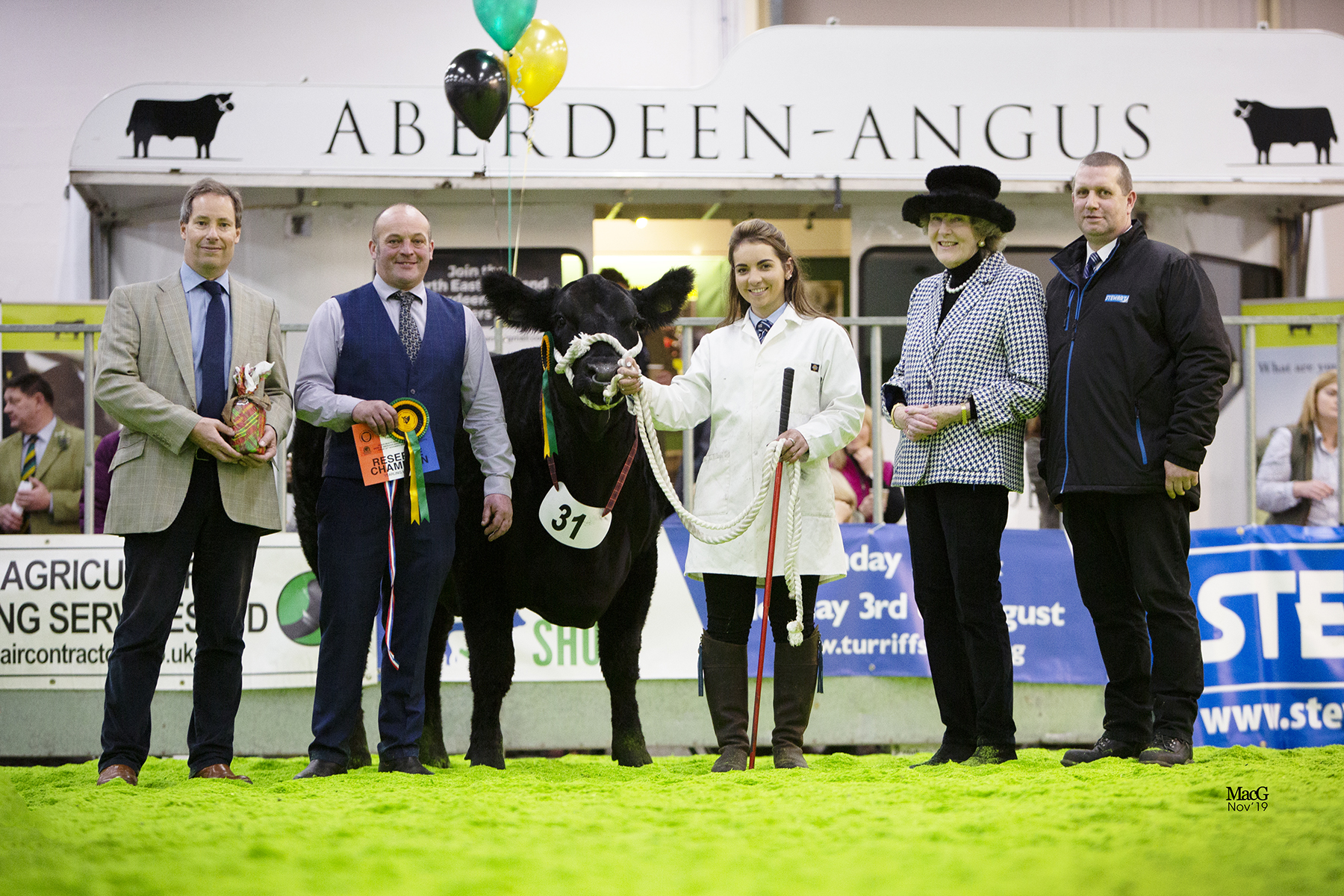 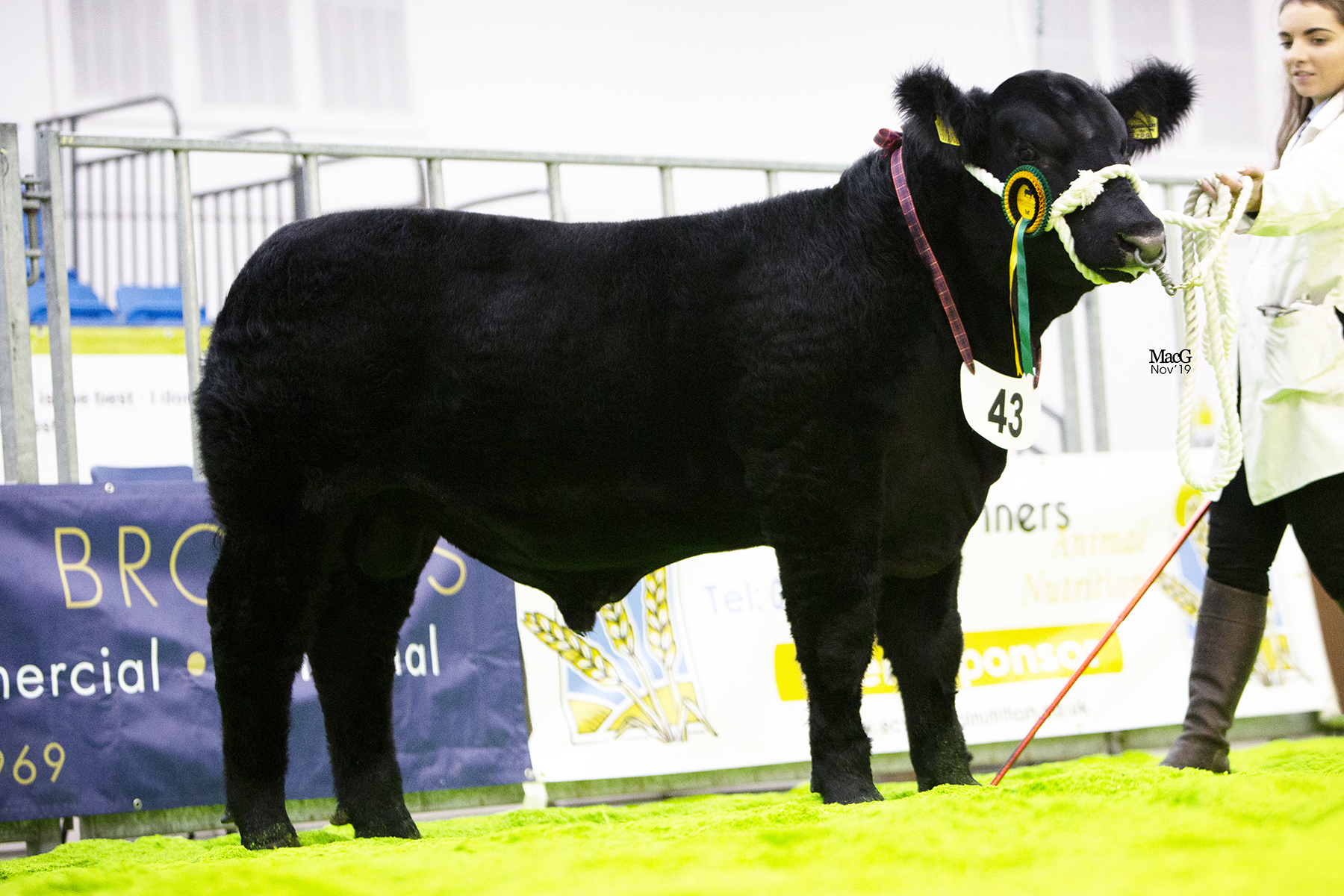 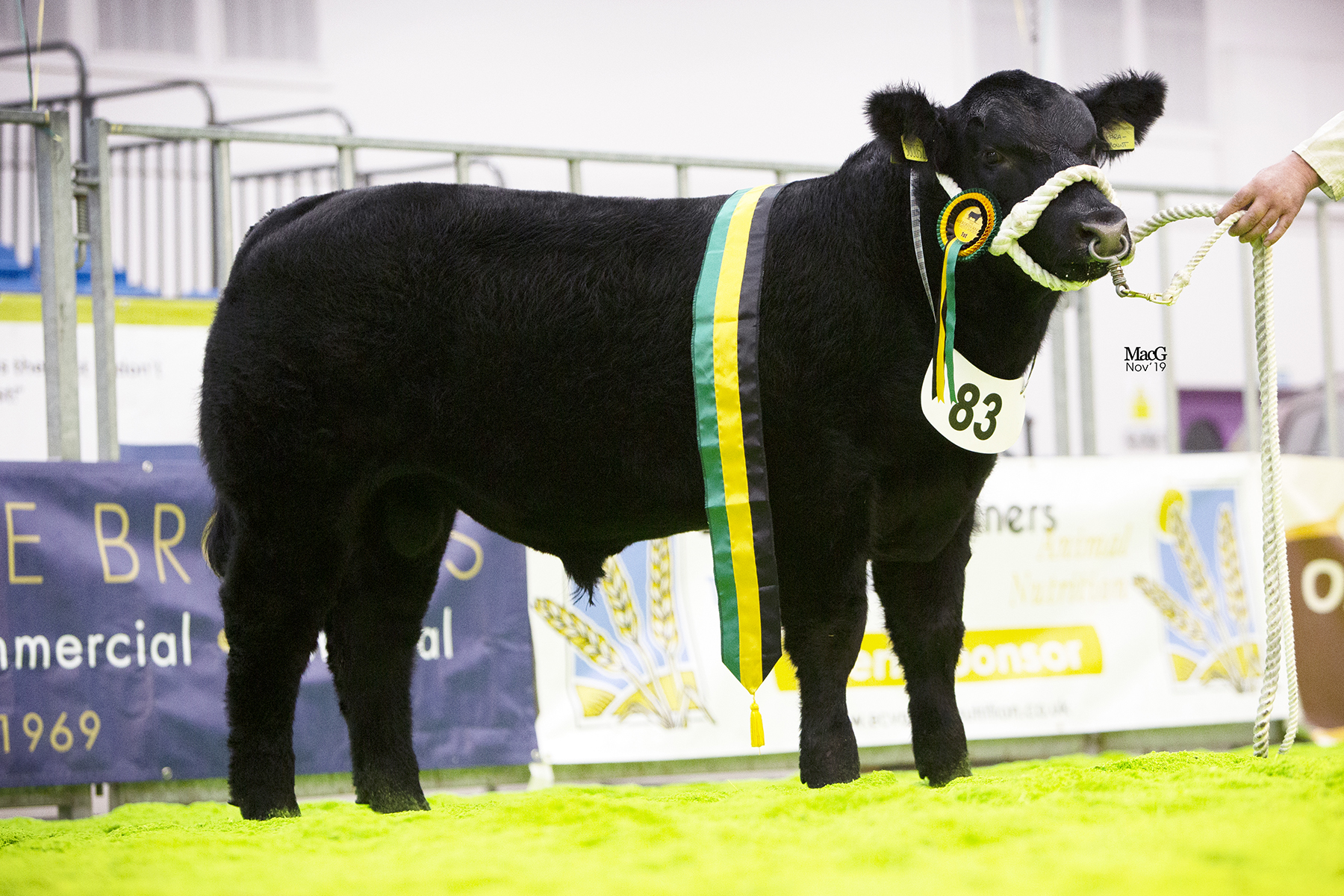 The Logie herd of David Stubbs, AJR Farms, Milton of Collieston, Ellon, repeated their success of last year by winning the yearling bull championship, this time with the 19 month old, Logie Endresult U812, by Isauld Prime S641. 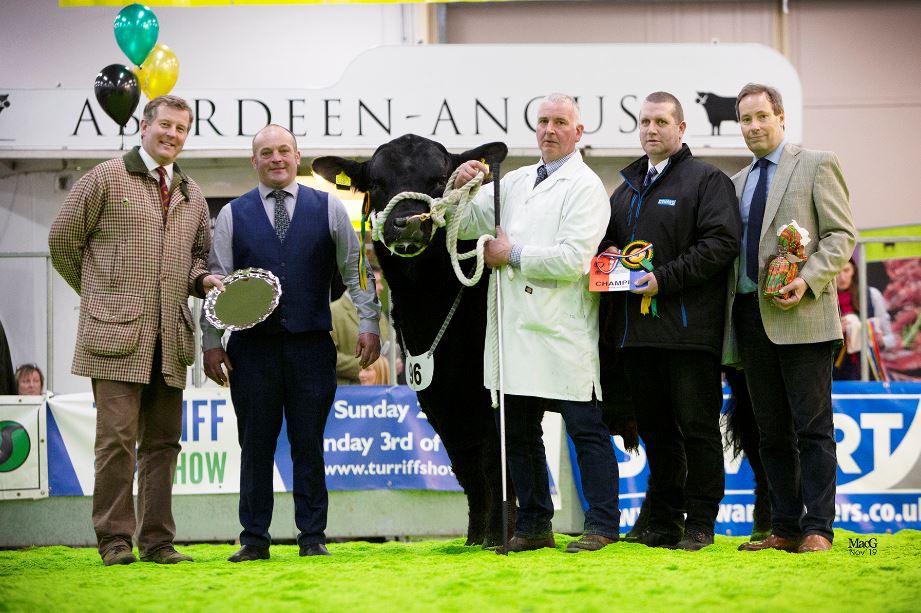 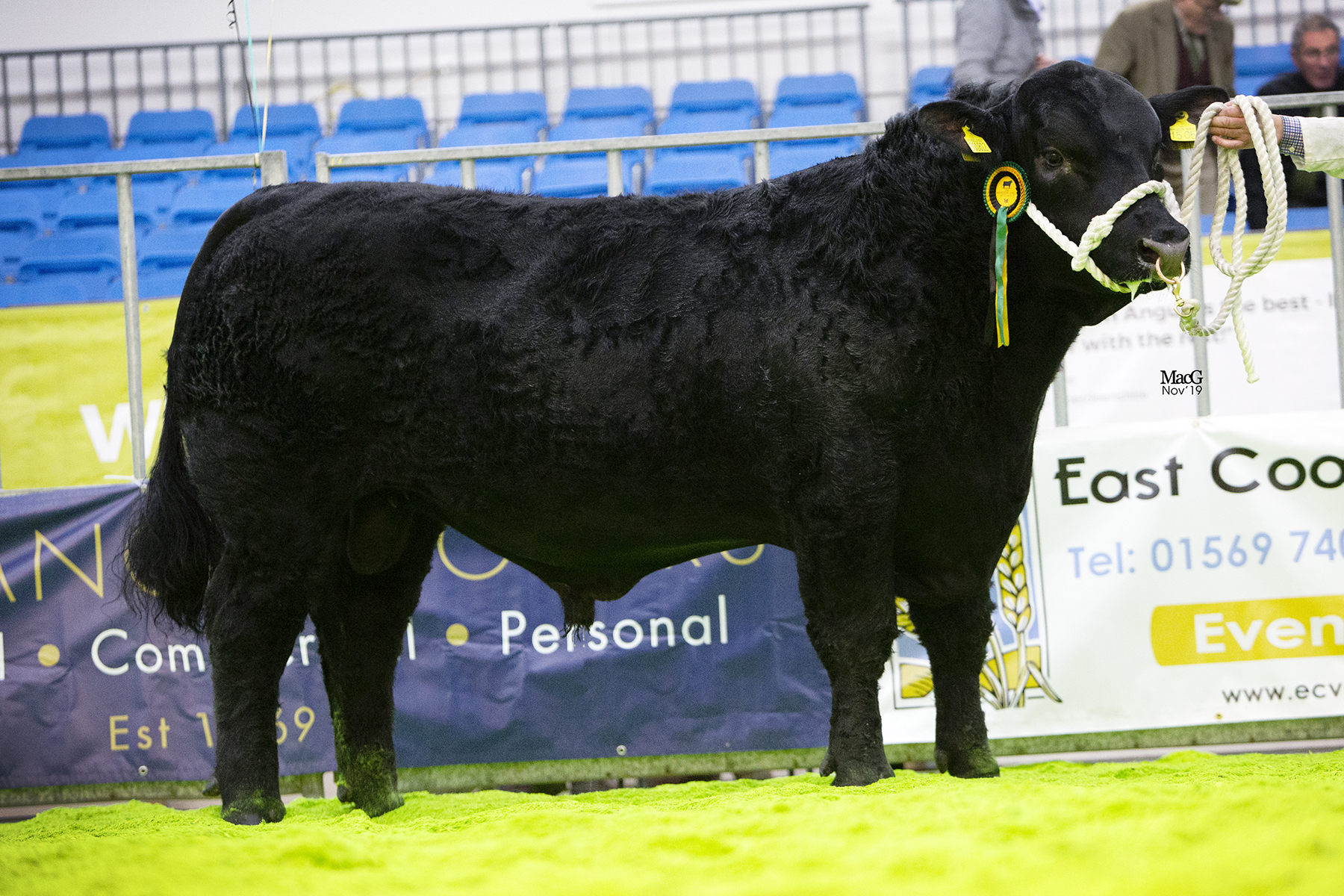 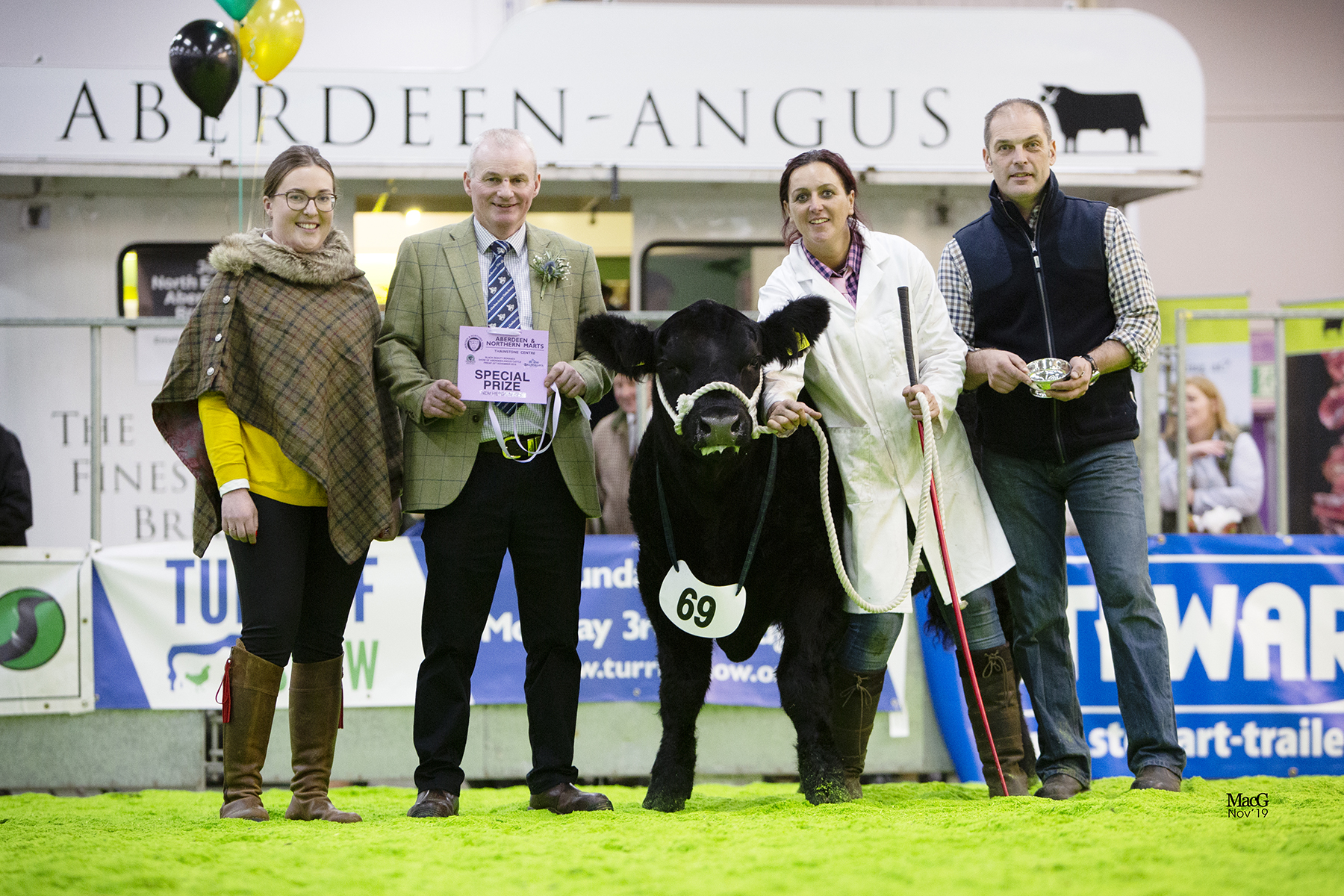 1 AJR Farms’ Logie Evolution U797; 2 and 3 Hamish and Margaret Sclater’s Deveron Legend U624 and Deveron Endurance U609 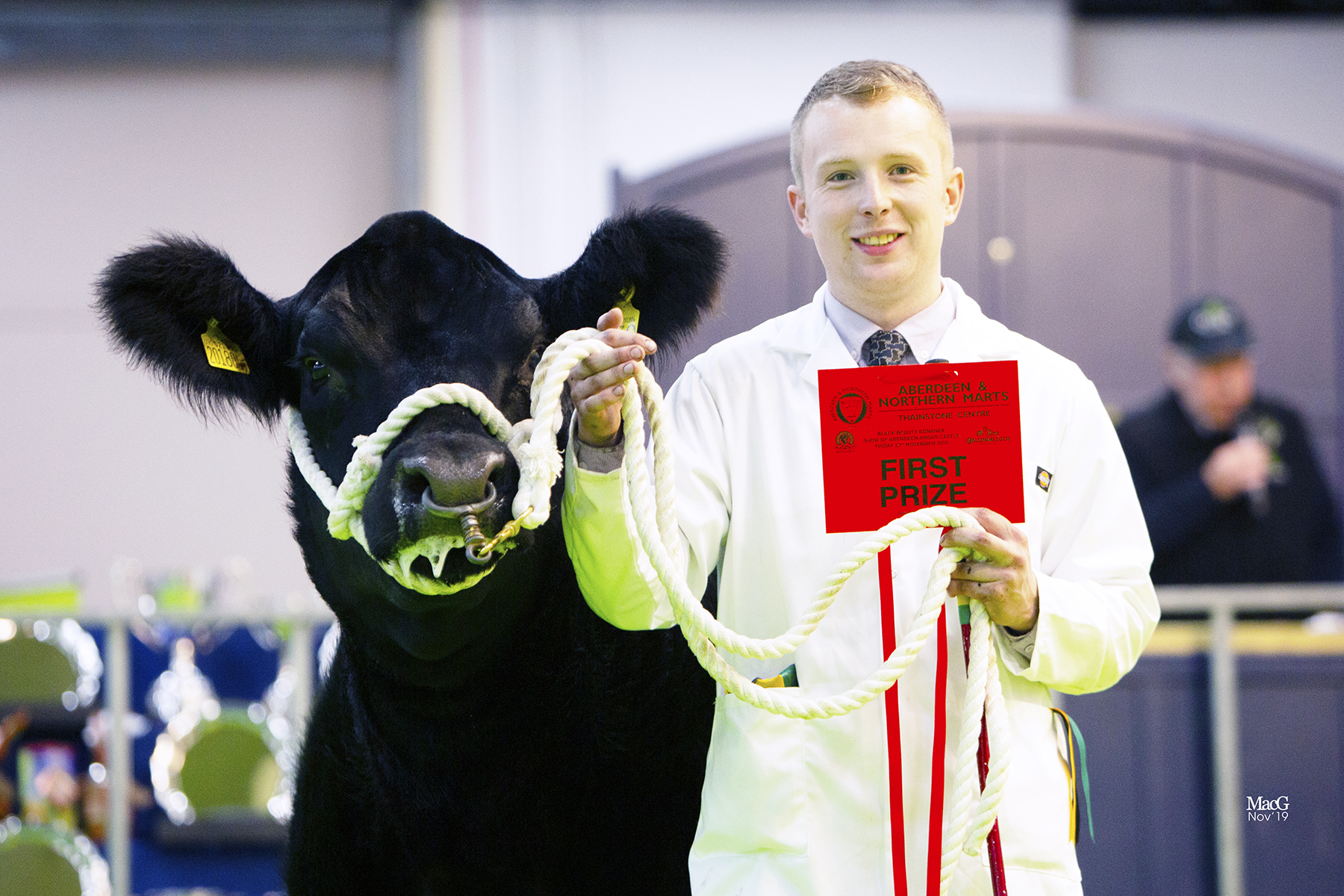 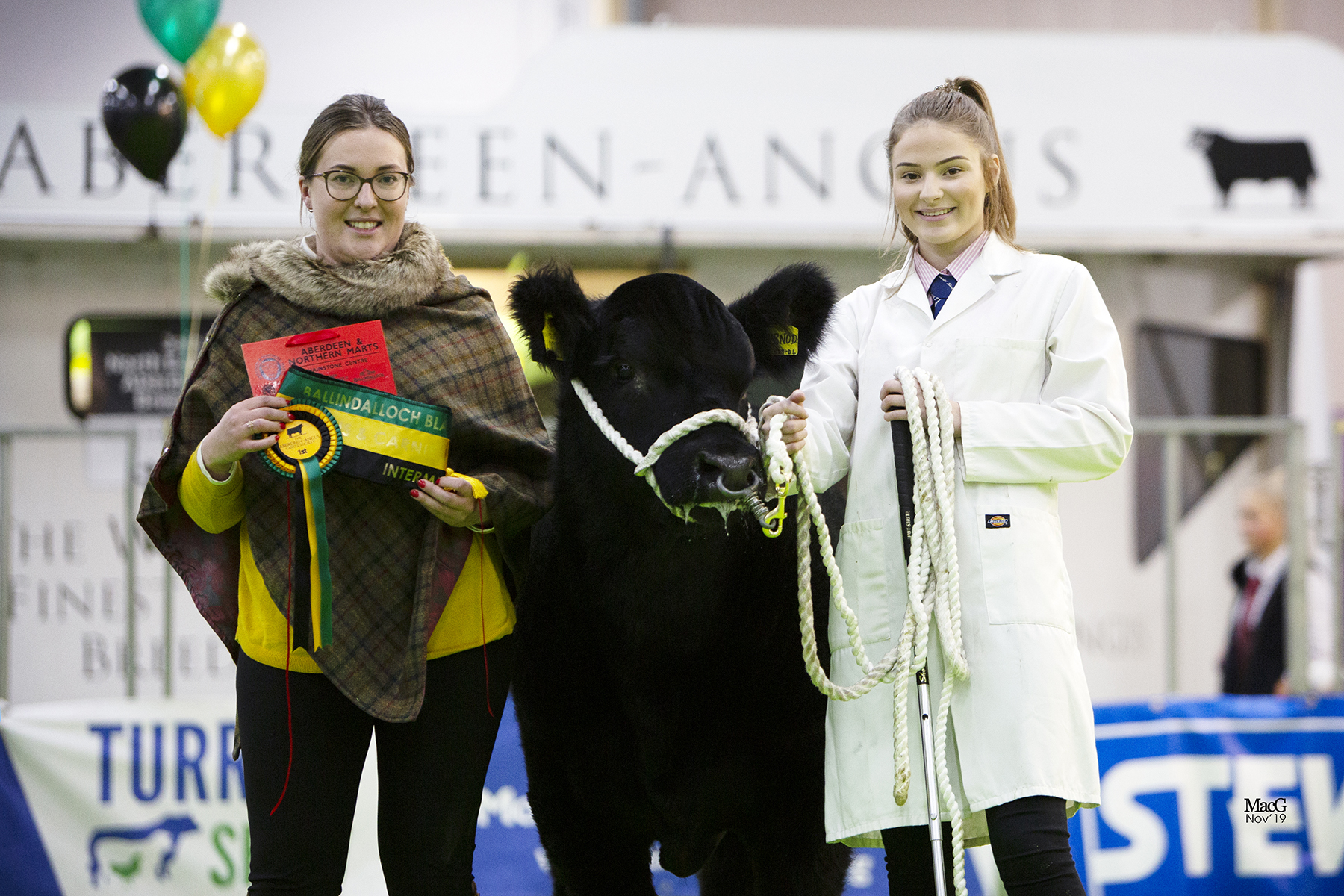 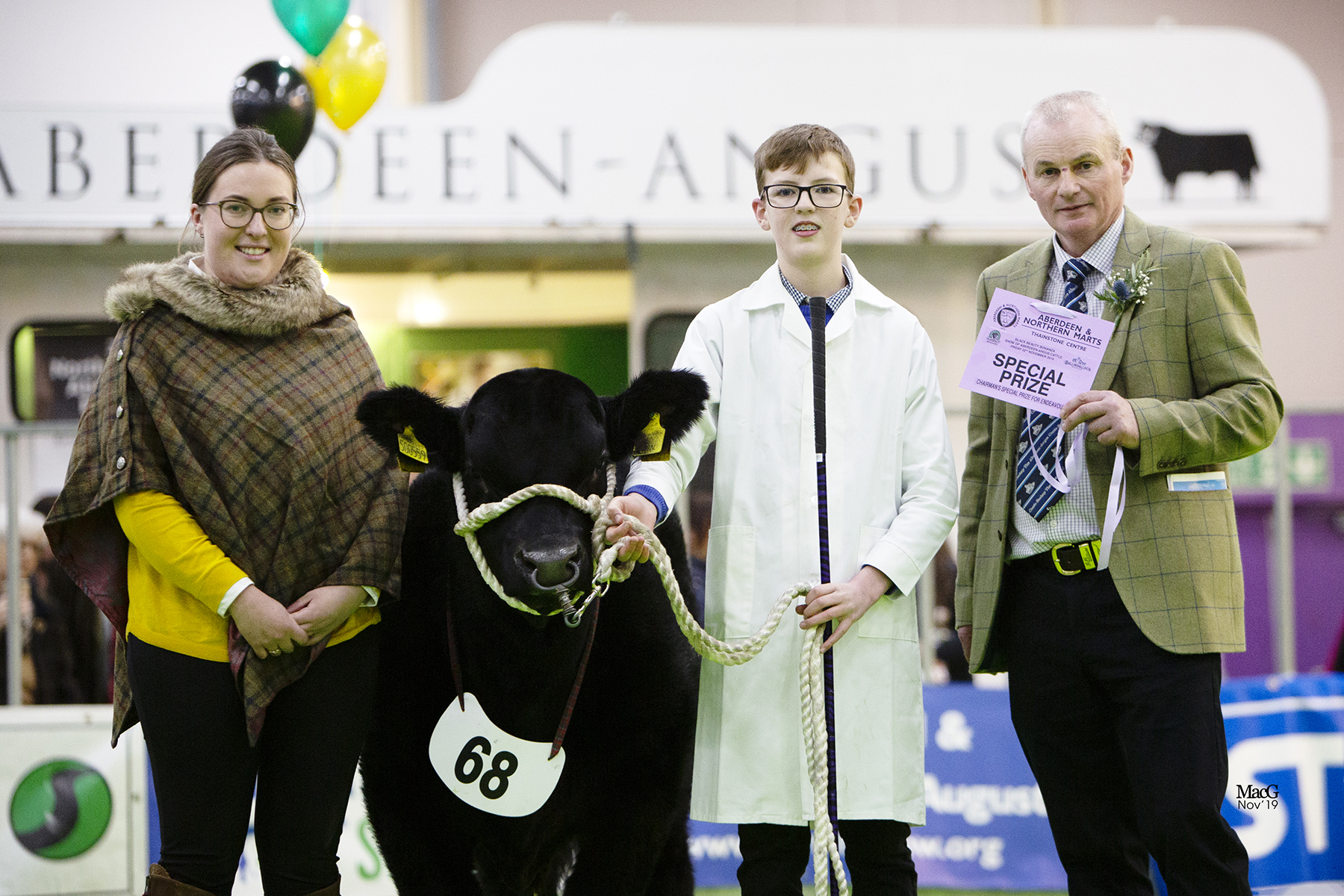 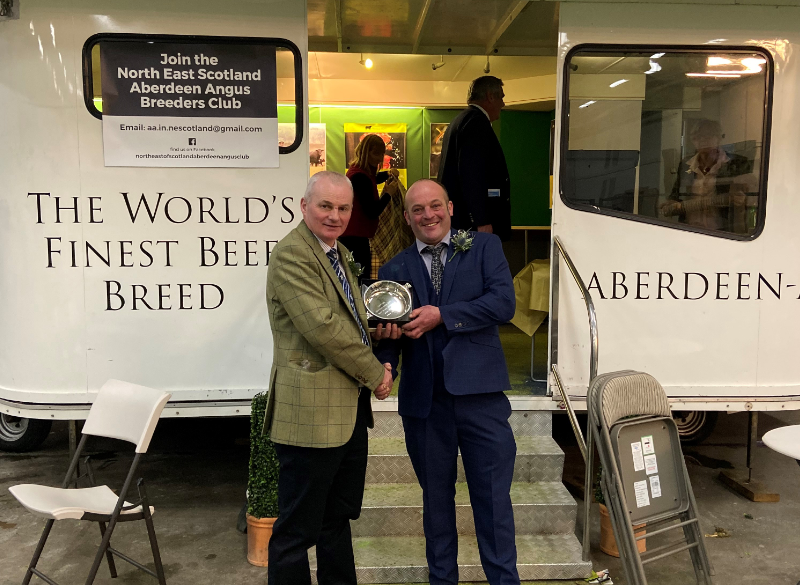 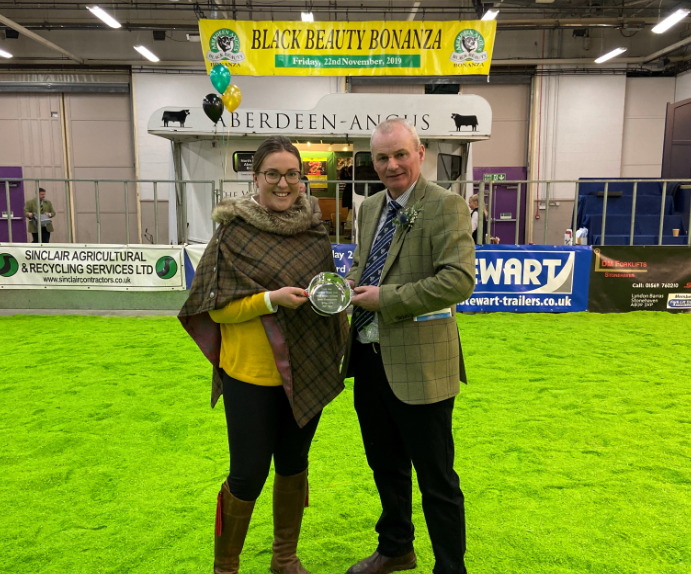