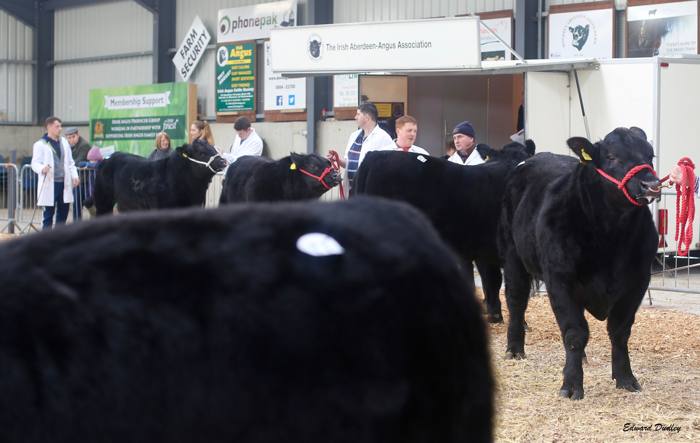 The first of the Spring bull sales for 2020 in the Republic of Ireland took place at Carrick-On-Shannon, Co. Leitrim over the weekend. The sale attracted a large entry of 78 Aberdeen-Angus bulls, with Aberdeen-Angus heifers also included at the February sale for the first time this year too. The sale also coincided with the arrival of Storm Ciara but the inclement weather conditions didn’t seem to deter customers with a clearance rate of just over 60% recorded in the sales ring, which was on par with last year and up from 50% in 2018. 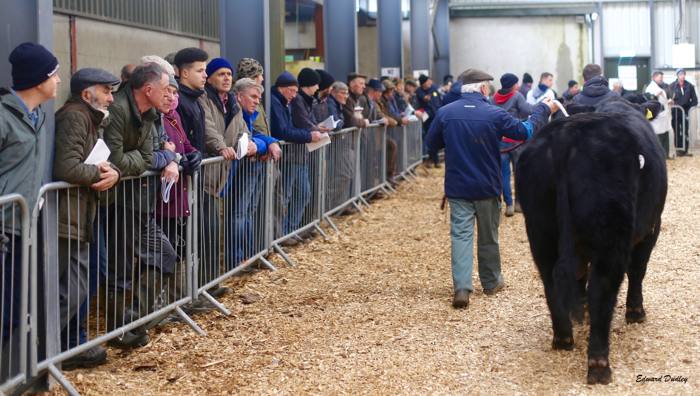 The sale leader, Drumcarbin Richie, exhibited by Shane McKiernan, Lacken Lower, Ballinagh, Cavan, Co Cavan sold for €4000. This November 2018 born bull carried a 5 star index for both terminal and replacement traits and was awarded the reserve Aberdeen-Angus championship in the pre-sale show. This one is sired by Netherton Americano M703 and is out of a homebred dam who is sired by Drumcarbin Black Magic N180. 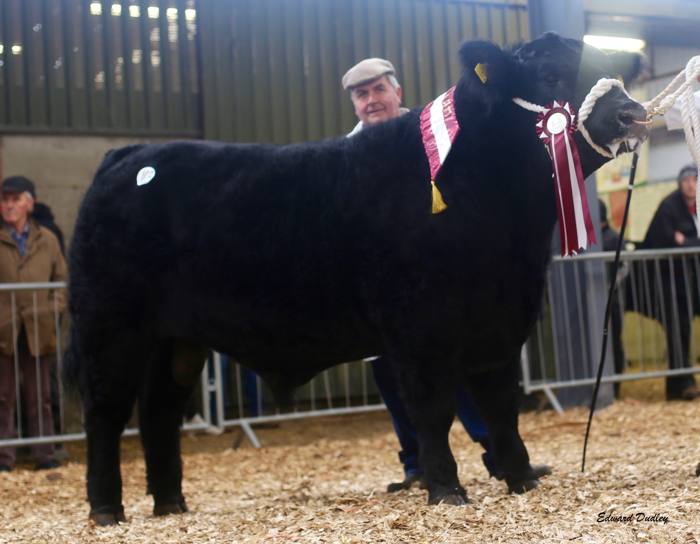 The day’s supreme Aberdeen-Angus championship was awarded by show judge, Albert DeCogan of the Mogeely Aberdeen-Angus herd in Co Cork to Pat & Finbarr Cahill, Shankill Lower, Cavan, Co Cavan with Shankill Manix U163. This 5 star terminal index bull was born in November 2018 and failed to reach his reserve in the sales ring and was unsold. The trophy for the Aberdeen-Angus championship, which dates back to the 1930’s was presented to Pat & Finbarr Cahill by Irish Aberdeen-Angus President, Mack Crowe who was performing one of his last official presidential duties ahead of the end of his term as president next week. 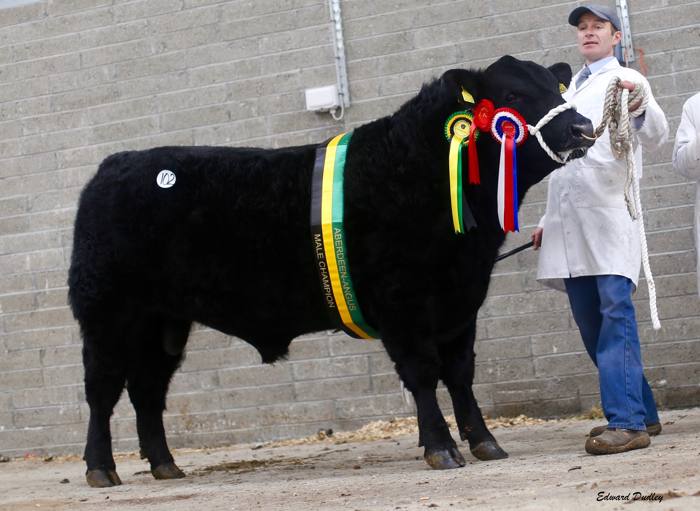 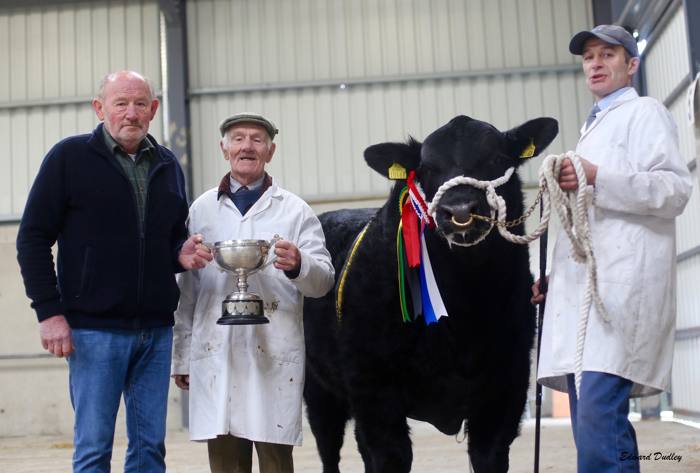 The next sale of pedigree Aberdeen-Angus bulls and heifers takes place at The Showgrounds, Carrick-On-Shannon on Saturday, March 7th.