The final major event of the Irish showing calendar took place over the weekend with the National Aberdeen-Angus calf show attracting the cream of Aberdeen-Angus youngstock to The Showgrounds in Carrick-On-Shannon for the annual autumn showcase. Cattle from both sides of the Irish border competed for the day’s top prizes with all four provinces well represented in the show ring with 12 entries catalogued for some of the classes. Judge for the occasion was Mr Dallas Allen of the Stouphill Aberdeen-Angus herd in Northumberland, UK who has officiated at several major events across Ireland and the UK and was incredibly pleased with the quality of the calves forward on the day.

The overall female championship went to Adrian Parke & Family, 23 Coolermoney Road, Strabane, Co Tyrone NI with Coolermoney Rosita V924. This young heifer was born in March 2019 and is a daughter of Ayno Rossiter Eric B125 and also took 1st prize at the Ulster Summer Championships in Clogher Valley last July. This one is out the homebred, Coolermoney Rosita J003 and was expertly shown by Gemma Parke alongside the enthusiastic assistance of her three daughters, Alesha, Amelia and Jasmine.

Local exhibitors Brian & Mary Faughnan, Bornacoola, Co Leitrim secured the reserve female championship with their 2019 born heifer, Molloy Sheena. This one is sired by Rawburn Enigmatic P886 and is out of Molloy Dee N165 who is also dam of Molloy Deirdre R214 who won the overall female championship at the Irish Aberdeen-Angus Autumn Premier back in November 2016.

Thomas Mulligan & Family, Currycramp, Dromod, Co Leitrim reigned supreme in the male section, taking the top championship honours with Clooncarne Rossiter. This November 2018 born bull is sired by Westellen Diego M734 and is out of Currycramp Polly N362 and was shown extensively during the summer season. The Mulligan Family went on to collect 7 individual prizes with their homebred team of male and female show calves – the largest haul of prizes of any single exhibitor at this year’s show.

Familiar faces on the show circuit, Albert & Jennifer DeCogan, Killamuckey, Castlemartyr, Co Cork took the reserve male championship with their newly acquired junior stock bull, Drumbeera Everest U241. This one was bred by Thomas Beirne, Gorvagh, Co Leitrim and was sold privately at the end of a successful summer season, which saw this young bull collect numerous championships and prizes. 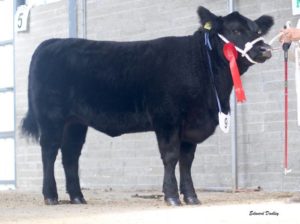 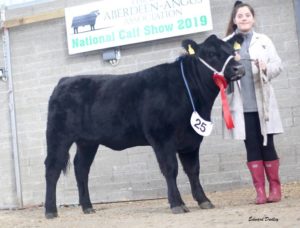 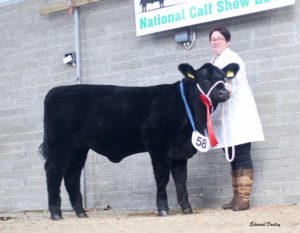 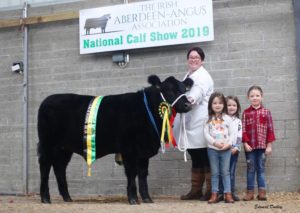 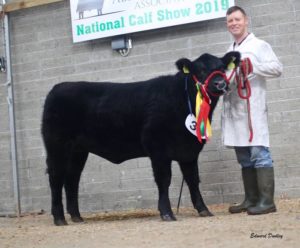 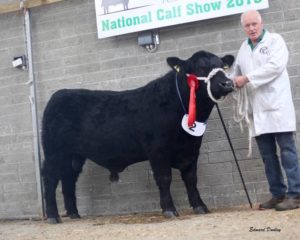 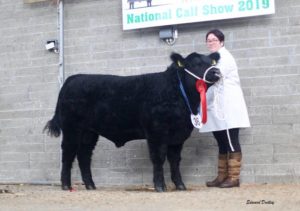 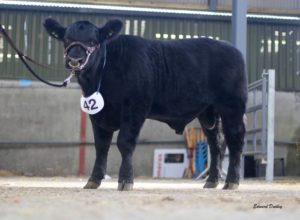 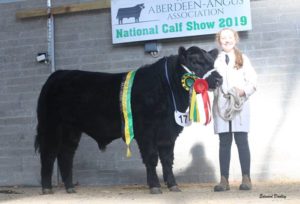 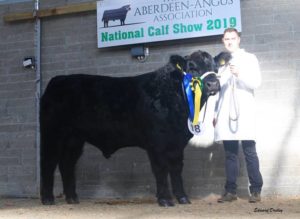 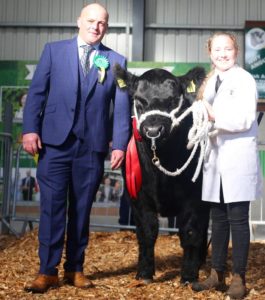