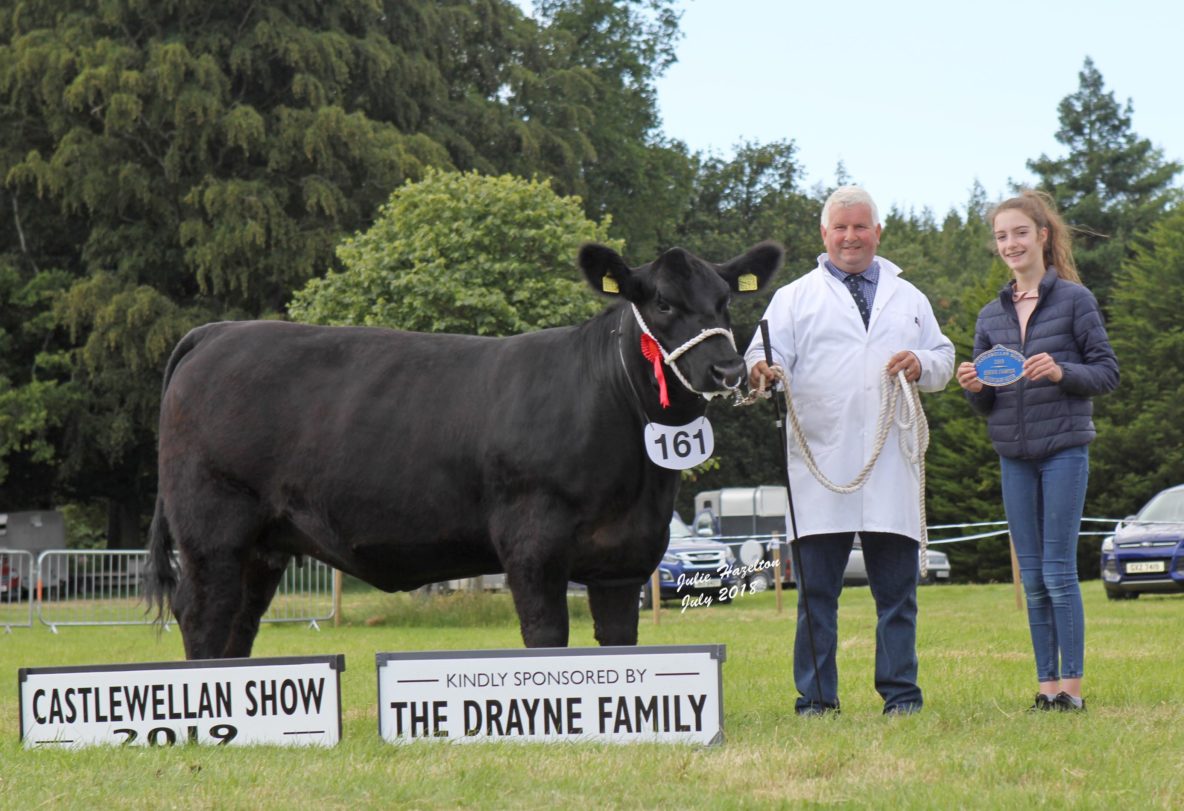 Katesbridge Aberdeen-Angus breeders Eric and Judith McClelland had a day to remember at the 52nd annual Castlewellan Show.

The husband and wife team scooped the Aberdeen-Angus championship with the home-bred Brookhall Emma T195 (pictured above). Later in the day she caught the eye of interbreed judge Sam Coleman, Glarryford, to secure the native breed championship.

Born in June 2017, this one is a daughter of Drumhill Jay Eric M607, and is bred from Lisola Elsa Lisa L721 – one of six cows in the herd. This heifer also notched up the breed championship at the recent Newry Show.

Claiming the day’s reserve breed championship was the May 2018 heifer Aughnahugh Elora U337 bred by Andrew Cromie, Rathfriland. Sired by Netherton Mr Brazilian E377, her dam is Old Glenort Eveline N426 – one of five cows in the herd. 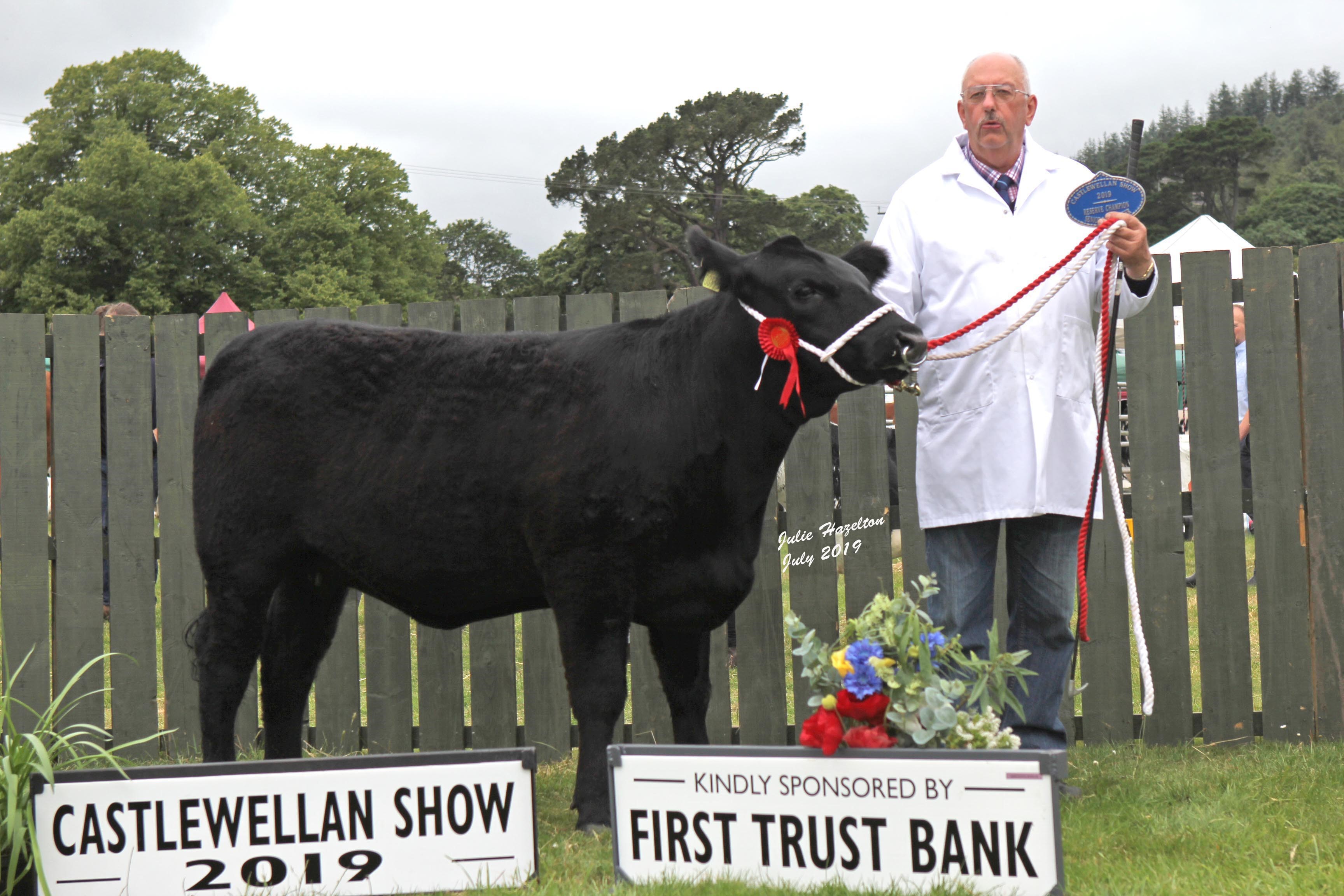 The Aberdeen Angus classes were judged by Eamon McKiernan, Drogheda.