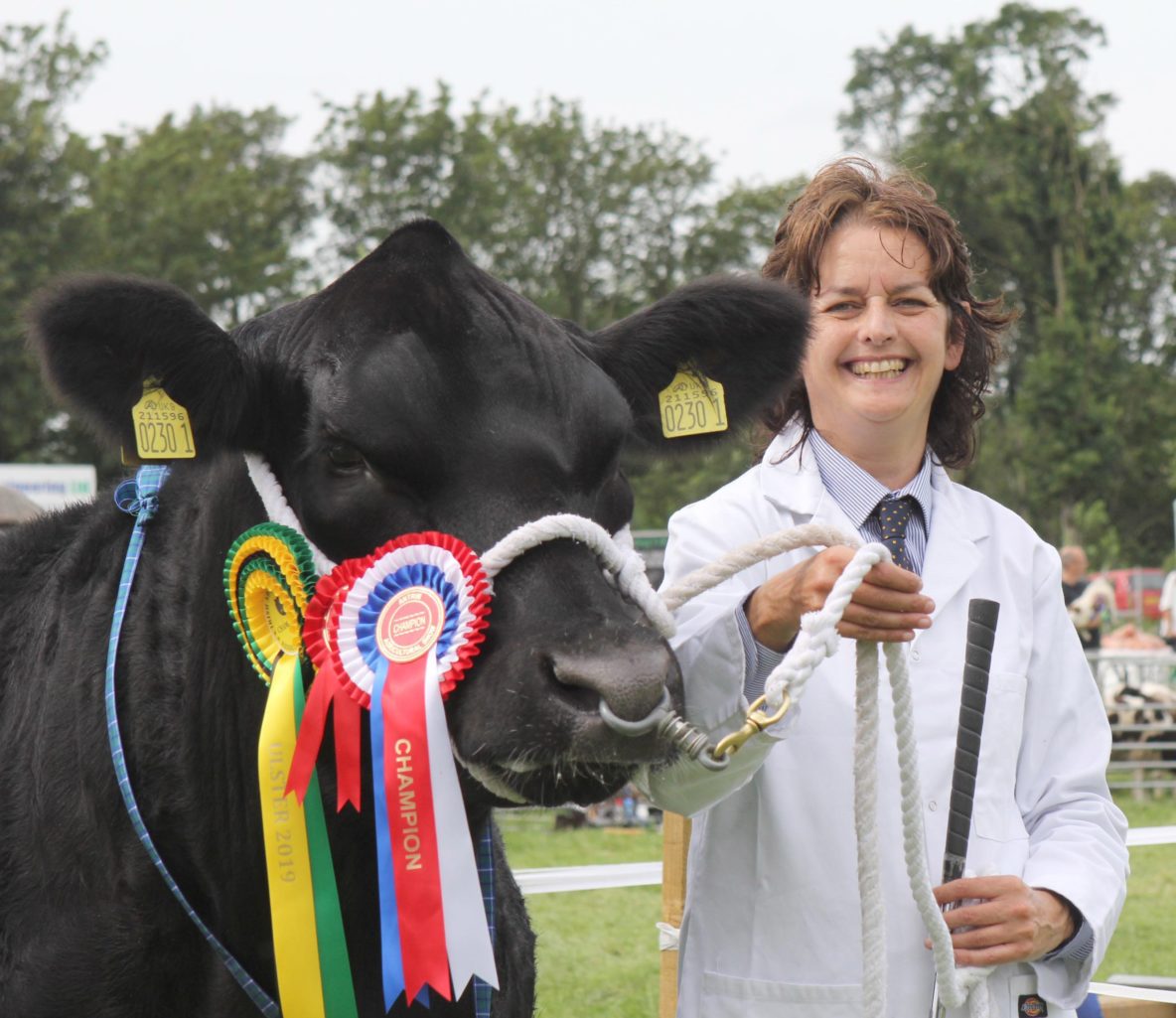 The Ulster Championship classes at Antrim Agricultural Society’s 113th annual show were judged by Thomas Beirne, owner of the Drumbeera Herd from Gorvagh in County Leitrim.

Born in March 2017 Birches Lady Holly T301 is one of 20-cows in the Matchett family’s Portadown-based herd. Sired by former Irish-bred stock bull Carrigroe Fred, she was shown with her April born Fordel Minnesota Prime heifer calf at foot. 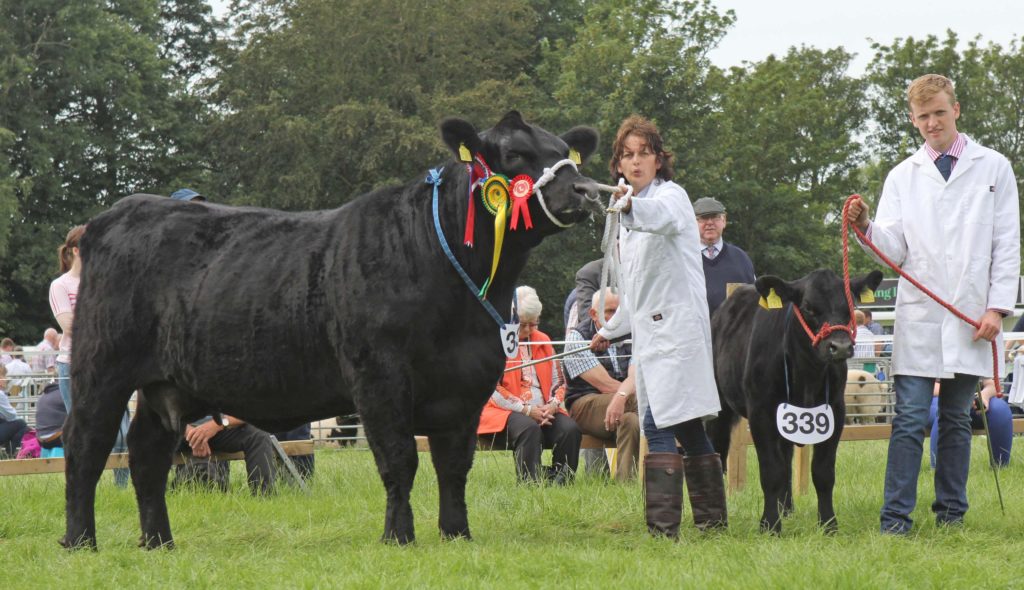 This cow and calf outfit also claimed the Aberdeen-Angus championships at Lurgan and Saintfield Shows.

Runner-up for the coveted piece of silverware was Ashvale Victoria T204 exhibited by Richard and Fiona McKeown, and daughter Caroline, from Templepatrick. This in-calf heifer was born in April 2017, and is a daughter of Carrington Park Time On. She scooped the reserve breed championships at Balmoral and Lurgan. 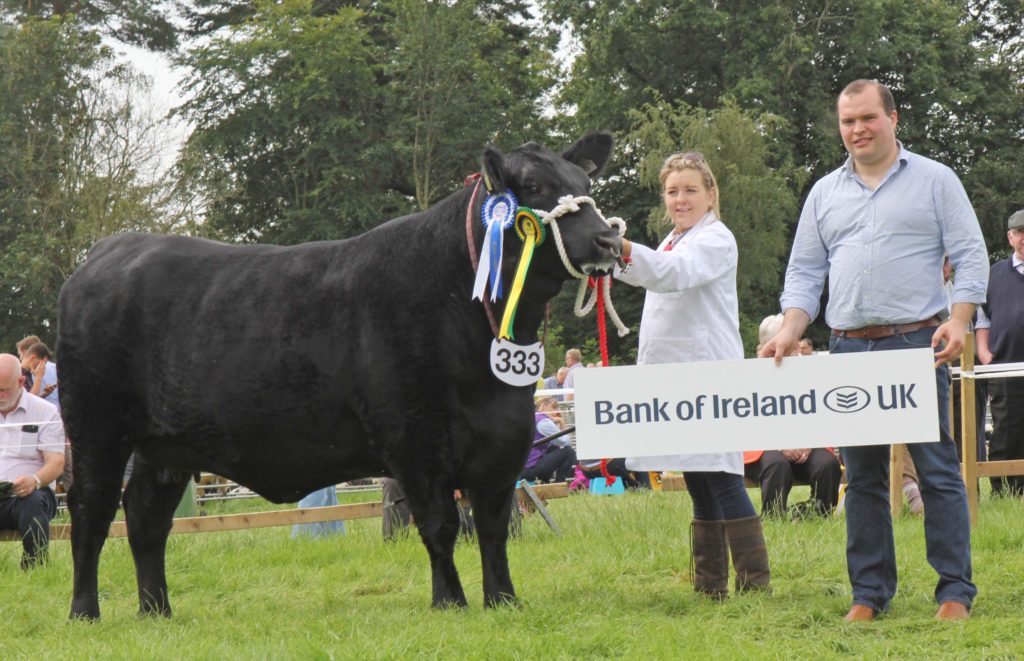 Results from the showring: 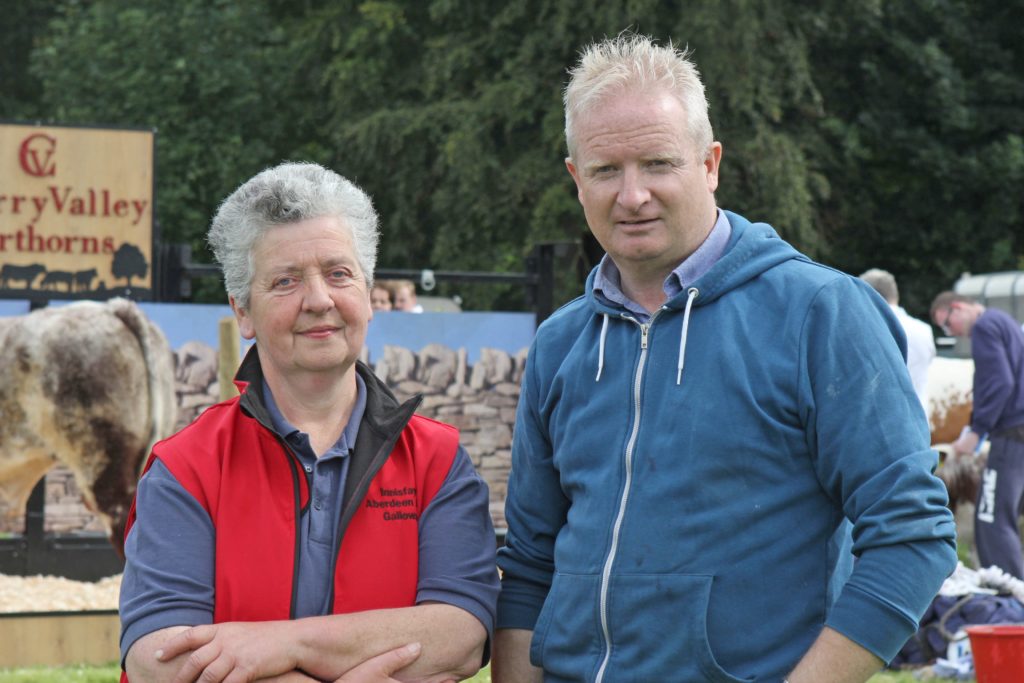