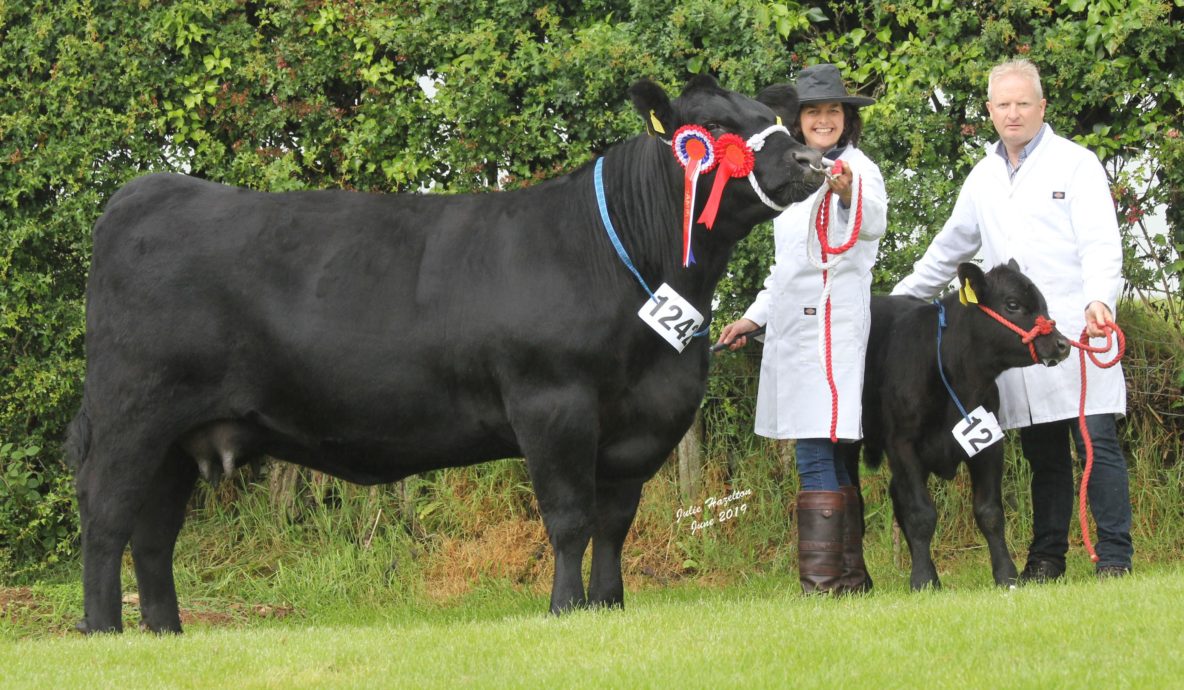 Rain failed to dampen spirits of exhibitors at Saintfield and District’s 74th annual show, held at Glenbrook Farm near Boardmills.

Claiming the day’s Aberdeen-Angus championship was the March 2017 heifer Birches Lady Holly T301 brought out by Nigel and Gail Matchett, Portadown (pictured). She is a daughter of former herd sire Carrigroe Fred, and is bred from Birches Lady Holly N391.

The champion was shown with her April born Fordel Minnesota Prime P753 heifer calf at foot. This cow and calf outfit was also champion at the recent Lurgan Show.

Runner-up was the January 2018 born heifer Corriewood Ellennium Flojo U522 bred by Jim, Valerie and Emily Peters, Castlewellan. Sired by Woodvale Roscoe Y054, this heifer was third in her class at Lurgan Show. Her dam is the home-bred Corriewood Elleium R936.