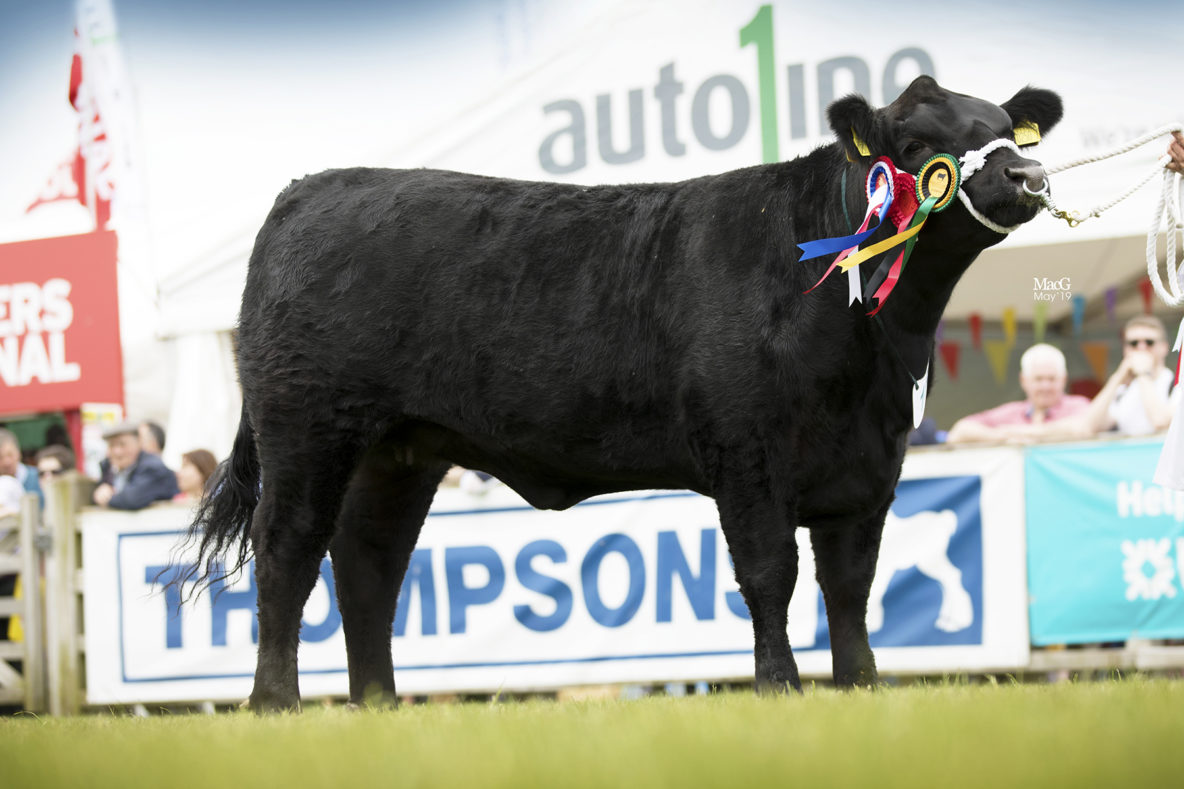 “It’s a fantastic show and I am delighted to see good numbers of younger cattle coming forward which makes for healthy competition,” said Mr Bishop who runs the noted Warrenho Herd.

Claiming the plaudits in the all-black championship line-up was the winner of the junior award Birches Lady Julie U507, bred and exhibited by the Matchett Family – Nigel, Gail, Sarah and Sam from Portadown.

Born in January 2018 she emerged as leader of a nine-strong junior heifer class. This one was sired by stock bull Carrigroe Fred, and is out of the home-bred Birches Lady Julie P586 – one of 20 breeding females in the herd, and maternal sister to the prolific show winner Carrigroe D Lady Jane who is almost twelve-years-old and still competing in the showring.

Nigel bought the in-calf Carrigroe Lady Julie from Frank and John Appelbe as a Christmas present for Gail, and the resulting progeny was Birches Lady Julie P586 – dam of the Balmoral supreme champion.

Judge Rob Bishop said: “The overall champion caught my eye. She is long, clean and well-balanced. Very powerful for her age, but feminine with a good wide top and depth through her second thigh. I’ve no doubt today’s winner will mature into a good breeding female.”

Claiming the reserve supreme honours was Ashvale Victoria T204 who stood first in a strong class of six senior heifers. Bred by Richard and Fiona McKeown, Templepatrick, this April 2017 heifer is a daughter of Carrington Park Time On B7, and is bred from Old Glenort Victoria J573 – purchased at the Old Glenort reduction sale in Ballymena. The reserve champion is due in September to Rawburn Jumbo Eric.

“This is another powerful heifer, with a tremendous future ahead of her,” commented Rob Bishop.

The reserve junior championship went to the second placed Woodvale Edwina U274 from Alwyn and Carol Armour and sons, from Dromara. Sired by stock bull Oakmoor Mr Paul S311, she is bred from Duncanziemere Edwina R126 – one of 12 cows in the herd, she was purchased for 5,000gns at Carlisle in 2016 when Alwyn made her female champion.

Senior bull Drumhill Lord Harrow T346 secured the best of opposite sex award for Desmond Martin’s Lisola Herd at Saintfield. Bred by Jonathan and Lisa Doyle, Cookstown, this April 2017 bull was sired by Nightingale Proud Jake G405, and is out of Blelack Lady Heather J169. He was bought at Stirling in February 2019.

Runner-up for the best of opposite sex award was the yearling bull Ember Daniel U402 from Freddie Davidson’s herd at Banbridge. Sired by Cheeklaw Edgar R515, this January 2018 bull is a son of the home-bred Ember Delia M654.

Breed society chief Barrie Turner thanked the judge and congratulated the exhibitors on a successful show. “Balmoral is a fantastic showcase for the Aberdeen-Angus breed, and I’d like to thank the exhibitors for bringing such a wonderful spectacle to this year’s show.”

Drumlister Trophy for the best of opposite sex to the champion: Desmond Martin.

Cow, born on or before 31/12/15, in-calf or having produced a calf in the last twelve months – 1, Matchett Family, Carrigroe D Lady Jane by Loughlynn Ace. 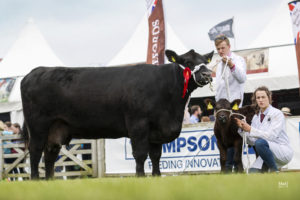 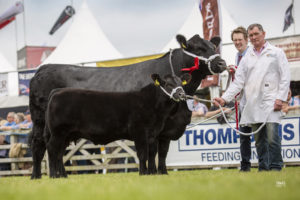 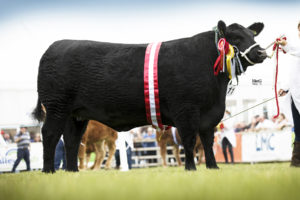 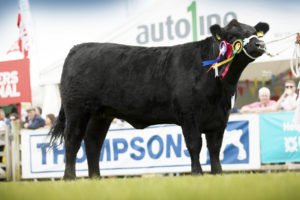 The Matchett family’s Birches Lady Julie U507 was the junior champion and supreme overall champion at the 151st Balmoral Show. 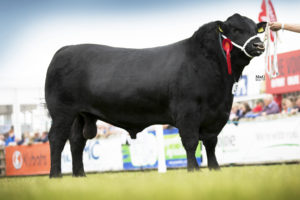 Senior bull Drumhill Lord Harrow T346 owned by Desmond Martin, Saintfield, was the best of opposite sex to the champion at Balmoral Show. 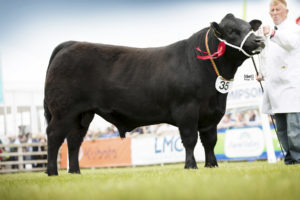 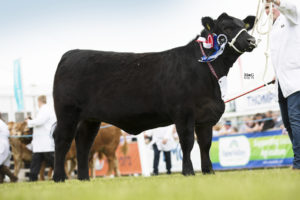 The Armour Family, Dromara, won the reserve junior championship with Woodvale Edwina U274.