Aberdeen-Angus tops at 13,000gns in Carlisle May Show and Sale 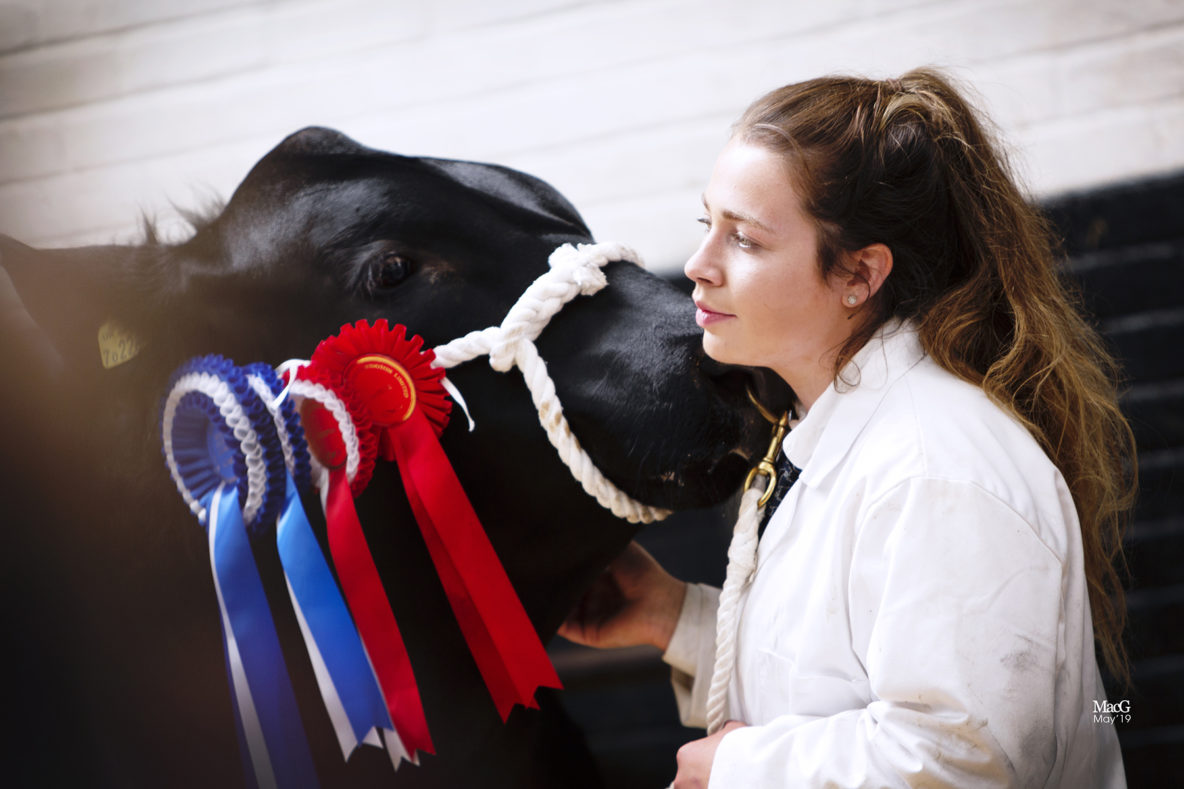 A top price of 13,000gns was reached at the May 2019 Carlisle Spring Show and Sale held at Borderway Mart on Friday 24th May, on a day where trade was brisk for the Aberdeen-Angus breed. A total of 66 bulls sold to an average of £4206.86 along with 3 served or maiden heifers selling to an average of £1728.65.

The top price was paid by two buyers in partnership, being Messrs Graham of Corrie, Lockerbie, Dumfriesshire and Messrs Clark & Sons of Cumnock, Ayrshire. They purchased a half share each of the 1st prize winner from class 7, junior male champion & reserve supreme champion, Auchincrieve Exodus U285 from C & E McCombie. 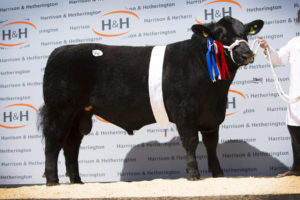 The next best price of 6,800gns was realised for Neil Wattie’s 1st prize bull from class 2 Tonley Ellis T432, selling to Messrs Muir of Stenness, Stromness, Orkney after impressing earlier on in the day’s show which was judged by Ben Marsden of the Liley Herd of Aberdeen-Angus. 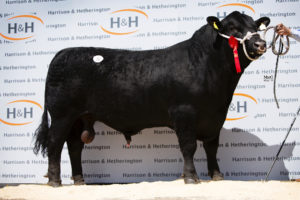 Two bulls reached 6,500gns in the sale ring, first being the breed’s supreme and senior male champion, Stouphill Prince Morgan T189 of WD Allen. The impressive Prince Morgan was purchased by Messrs Mitchell & Son Ltd of Glespin, Lanark, Lanarkshire who have acquired a bull that Mr Marsden saw as a real standout in the show ring. At the same money was a 5th prize winner selling to Messrs Kemp Ltd from Barton Le Street, Malton, Yorkshire, Hallington Enchancement T598. 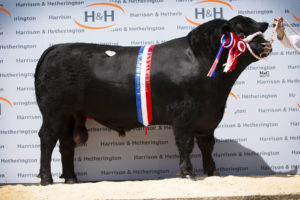 The reserve junior male champion then followed at 6,000gns, being Retties Lord Rufus U002 (ET) of R & C Rettie. This striking young bull made its way to Newton Stewart in Wigtownshire to Messrs McCornick. Matching the price reached for the reserve junior champion was another from C & E McCombie in Auchincrieve Jura Eric U267 who was purchased by Messrs Wilson & Sons of Beattock, Moffat, Dumfriesshire for 6,000gns. 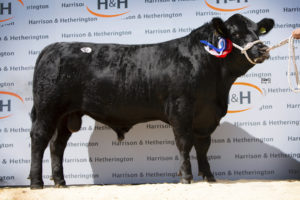 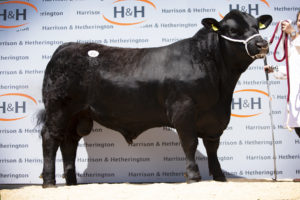 Next best on Friday’s sale was the reserve senior male champion, Linton Gilbertines Dragoon T192 of the Gordon Brooke Estate, selling for 5,800gns to Messrs Ord of Newton On The Moon, Morpeth, Northumberland. Two bulls were sold on the day for 5,500gns, being Gretnahouse Black Bud T973 and Retties Earl U004 (ET) who were sold to Messrs Bell of Kirkton, Hawick, Roxburghshire and Messrs Tomlinson of Abbotts Bromley, Rugeley, Staffs respectively. 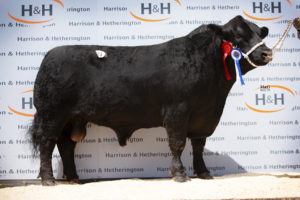 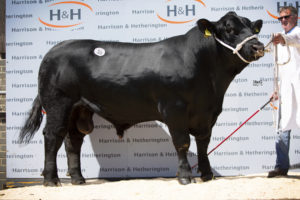 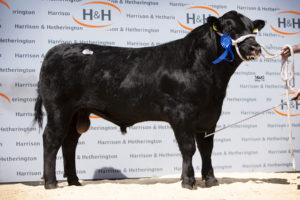 The top price amongst the females was for the day’s female champion, Neil Wattie’s Tonley Emiline T412 who was sold to Messrs Morton & Son of Melrose, Roxsburghshire. 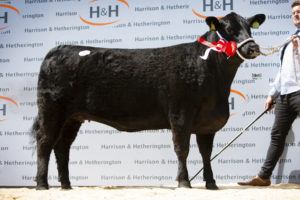 For a full round-up of the results from the show and sale at the event, head over to: https://www.aberdeen-angus.co.uk/show-and-sales-news/round-up-from-the-2019-carlisle-spring-show-and-sale/.