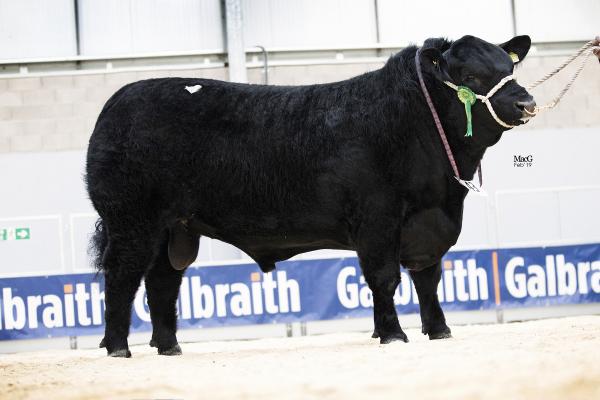 Leading the trade at 25,000gns was April 2014-born bull from the Gordon Brooke Estate Linton Gilbertines Elgin T149. This impressive bull by Rawbrun Enigma G653 out of Rawburn Ellen Erica E405 was first in its class at the 2018 Royal Highland Show and is a full brother of the 30,000gns Rawburn Emblem K127. Elgin was purchase by TH Brewis of the Roxburghshire-based Eastfield Herd.

There were no fewer than five others to achieve a 5-figure price on a strong day for the Aberdeen-Angus breed. The next highest price in the ring was for Wedderlie Bright Man T703 who went to Glympton Farms in Oxfordshire for 17,000gns. Bright Man is a September 2017-born bull from Marion Tilson’s Wedderlie Herd and is by Wedderlie Timaru M594 out of Wedderlie Bright Maid M578. 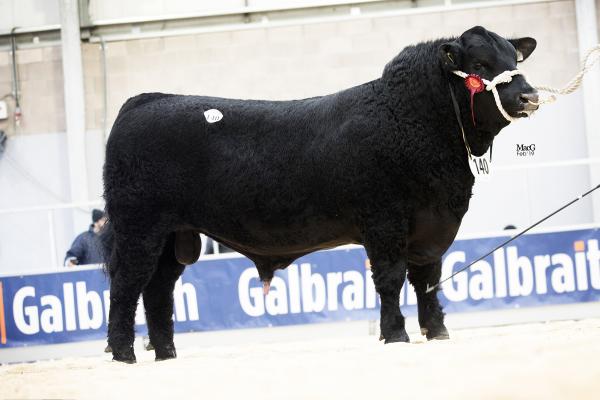 Sunday’s Reserve Junior Champion was next best at 15,000gns, Blelack Lord Heartford T879 from NF Massie and Sons. The 15,000gns was paid by Andrew Hodge of the Rulesmains Herd for this one by Weeton Evolution R447 out of Blelack Lady Heather R536. The show’s Junior Champion and Reserve Overall Champion Logie Defiance T774 from AJR Farms in Ellon followed at 13,000gns in what was the highest price ever achieved for AJR Farms at a Stirling event. Out of Logie Delia M200 and by Rawburn Enoch, Defiance went to Alnwick with William D Allen. 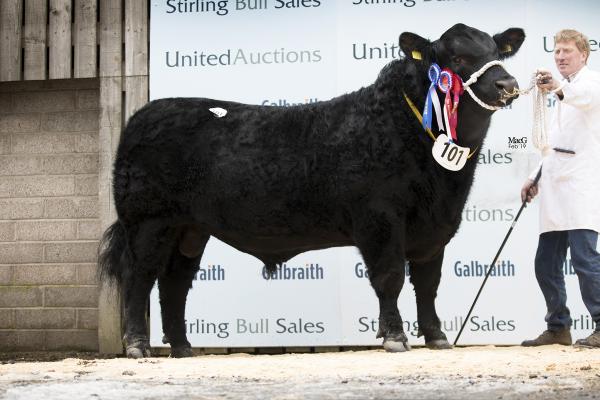 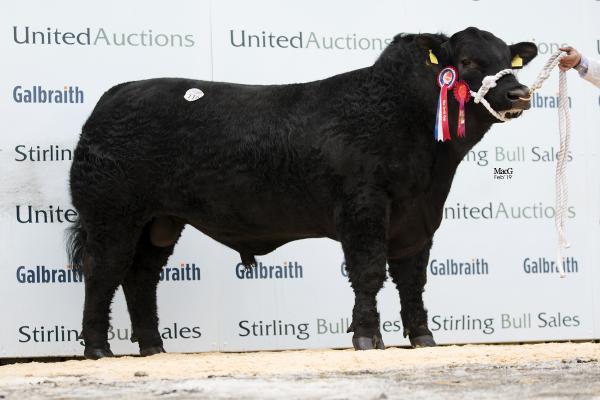 Selling for 11,000gns to Berwickshire-based J&J Campbell was Daniel Whiteford and Co’s Borewell Black Magic T033, the May-2017 born son of Blelack Explosive P399 out of Bosullow Blackbird. The final 5-figure sum was realised for the show’s Reserve Senior Champion Stouphil Mr Peroni T188 of Dallas Allen’s Stouphill Herd. Mr Peroni is by Duncanziemere Jigsaw N087 out of the home-bred Stouphill Merry Primrose N060 and went to JR Galloway’s Cardona Herd in Perthshire. 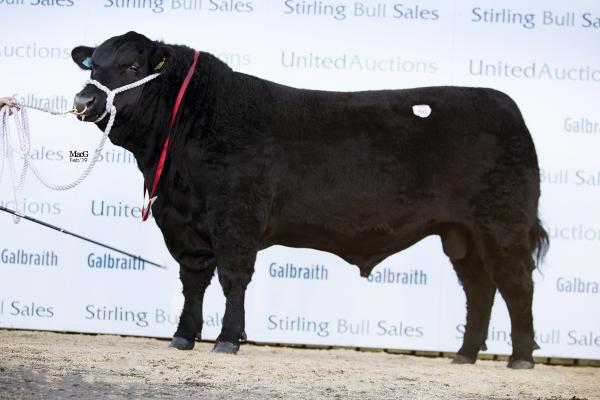 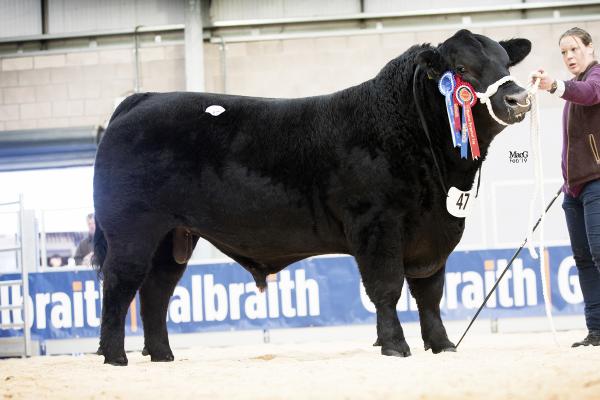 Another from the Gordon Brooke Estate in Linton Gilbertines Phoenix T184 realised 9,000gns from the Holystone Estate in Morpeth. Phoenix is a June 2017-born bull by Rawburn Braw Lad R041 out of Linton Gilbertines Peggy L546. Two followed at 8,500gns, the first of which being the first in class McCornick Evander T337 by Skaill Dino P099 out of McCornick Eventer R133 who went to J&R Stanger in Orkney. At the same price was Hallington Jethro Eric T548. This bull by Hallington Eurostar R484 out of Hallington Jubilee Erica L322 sold to R Leiper & Co of Ponteland, Newcastle. 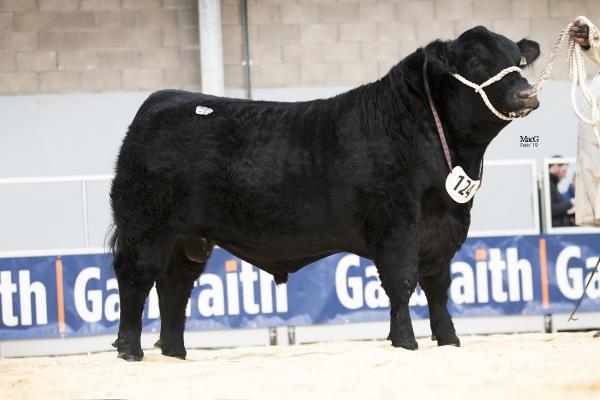 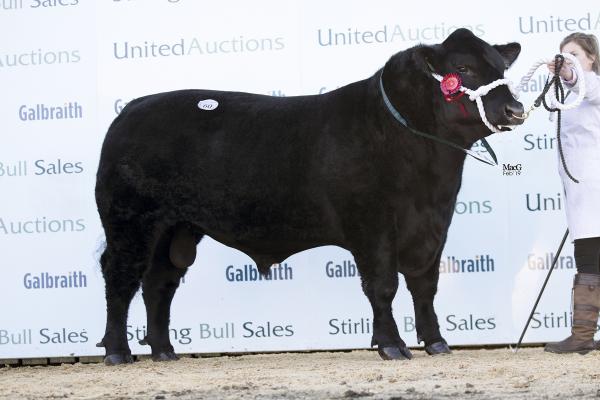 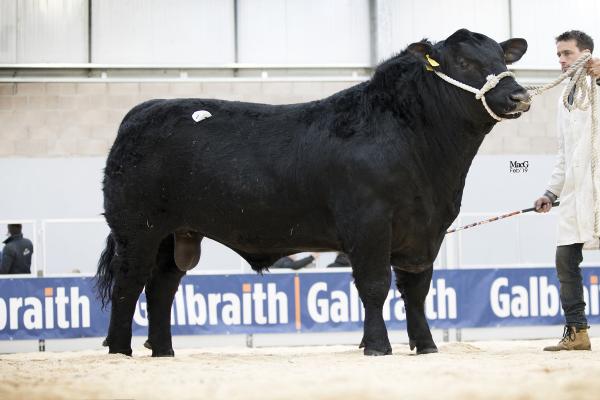 Selling for 8,000gns were a further two bulls, firstly Fraser & Son’s Idvies Private T791 who was second in class in Sunday’s show. Private is out of Idvies Privara N617 and by Deveron Latimer G188, a son of the 30,000gns Netherton Figo, and was sold to W & EI Brown of Ayrshire. At the same price was Hallington Jericho Eric T571 by Hallington Emperor R478 out of Hallington Jubilee Erica P449. The May 2017-born bull was sold to Stobo Home Farm in Peebles. 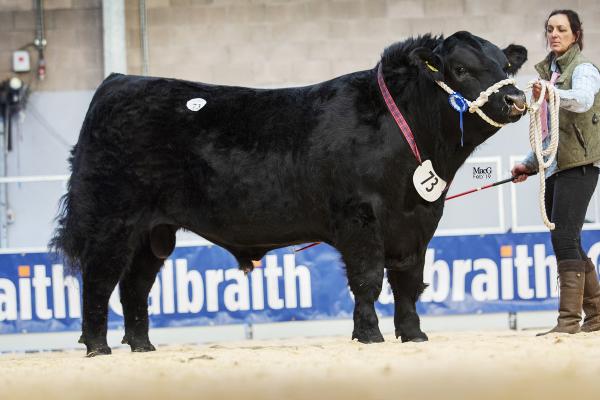 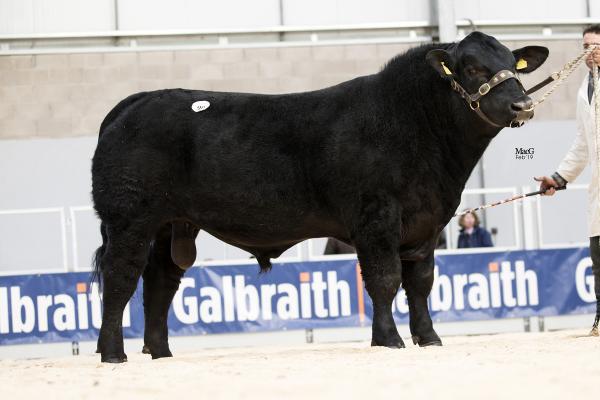 Judge Tom Arnott’s Overall and Senior Champion from Sunday’s show was Glassel Jeremy Eric T068 who went on to sell for 6,000gns to the Haymount Herd. Jeremy Eric is a March 2017-born bull out of Glassel Julie Erica L869 by Eastfield Jacobite K149. 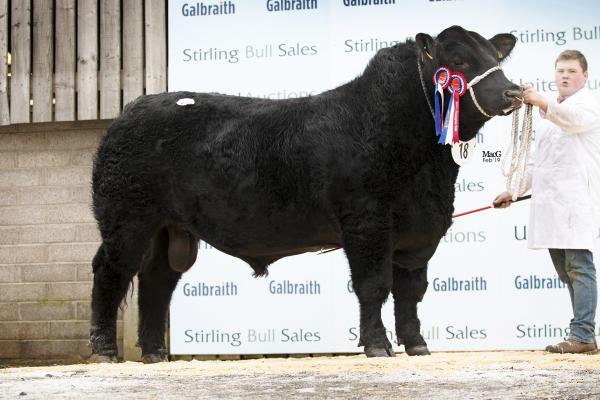 In the female section of the sale, a small entry of Aberdeen-Angus saw a top price realised for the Sunday’s Female Champion Cairnton Elizabeth T426. Ken and Margaret Howie’s Female Champion was sold for 6,000gns to Owen Tunney of Cheshire. Average for the 19 females sold was £2,147. 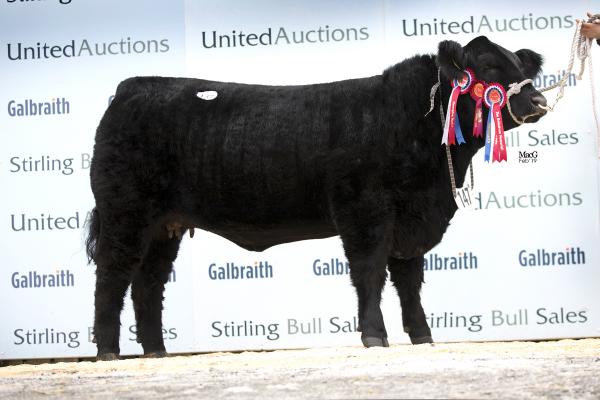 Some general photography from the Show and Sale: 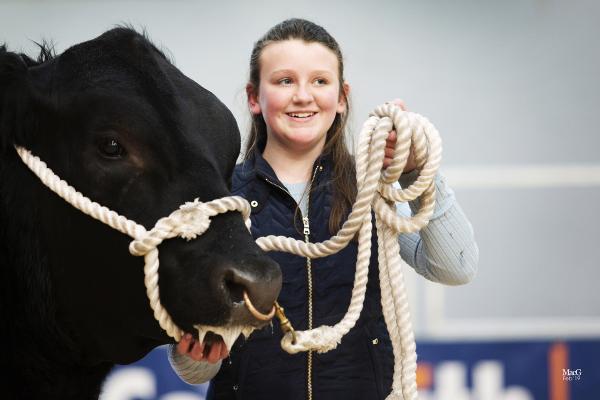 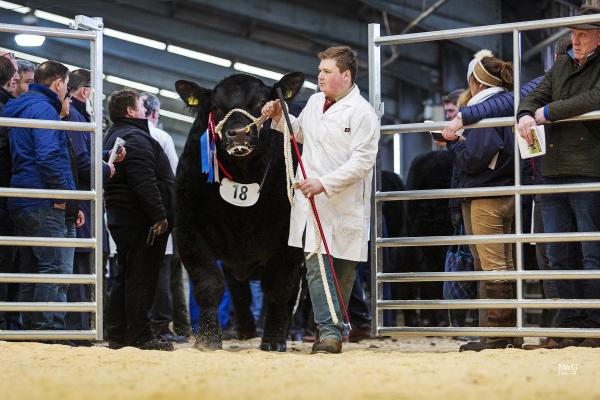 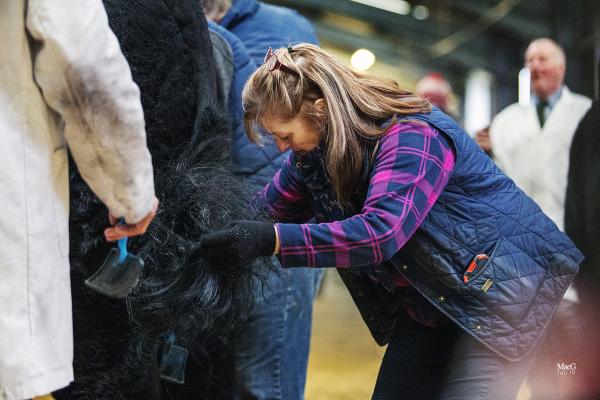 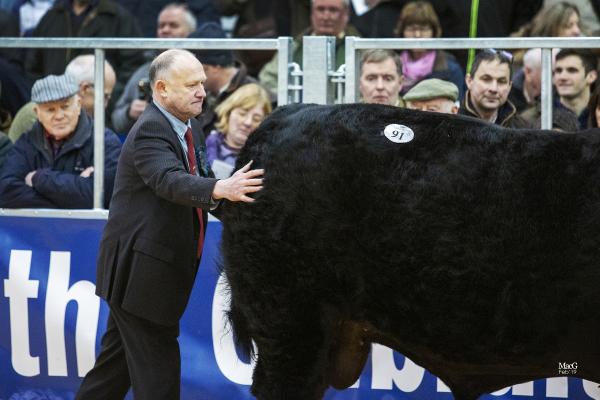 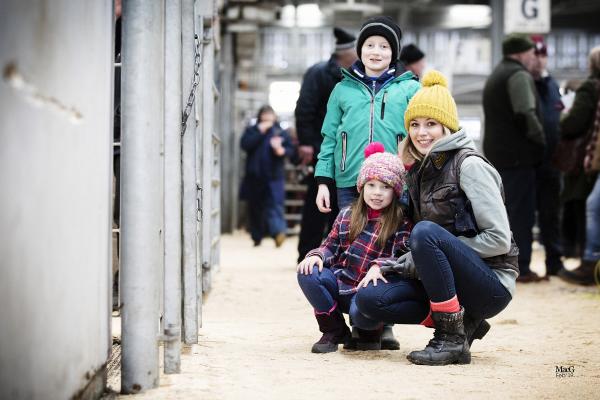 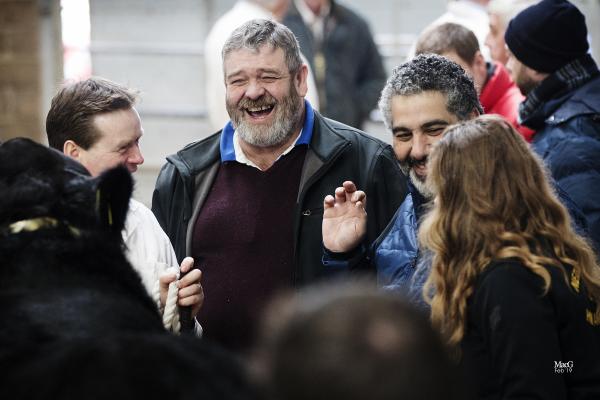 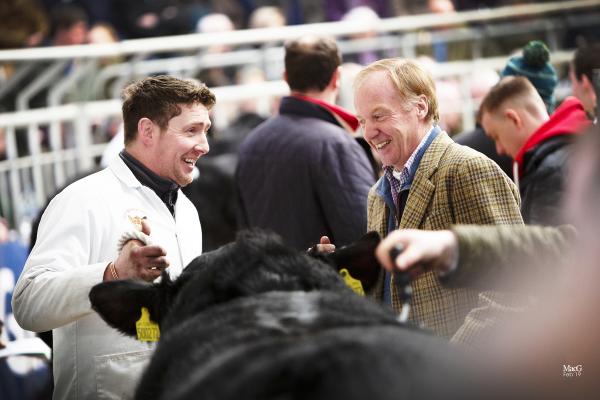 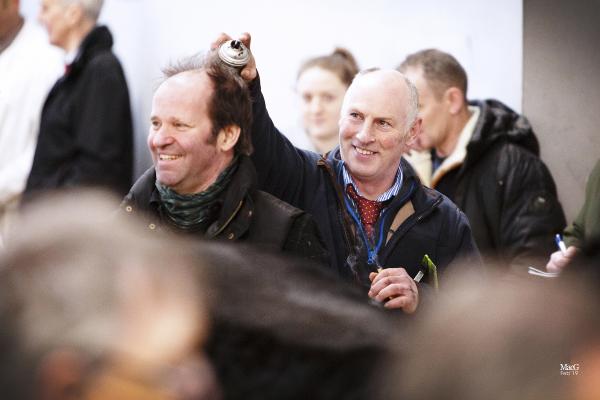 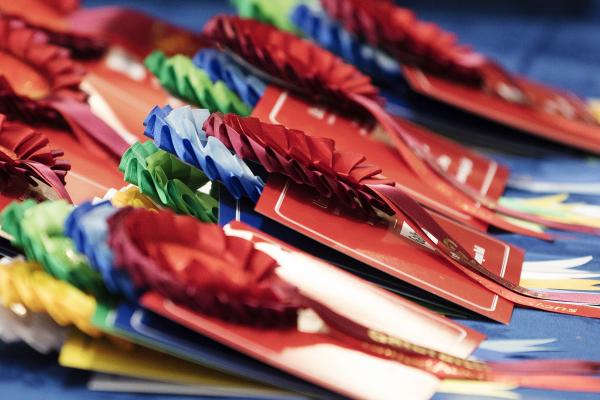 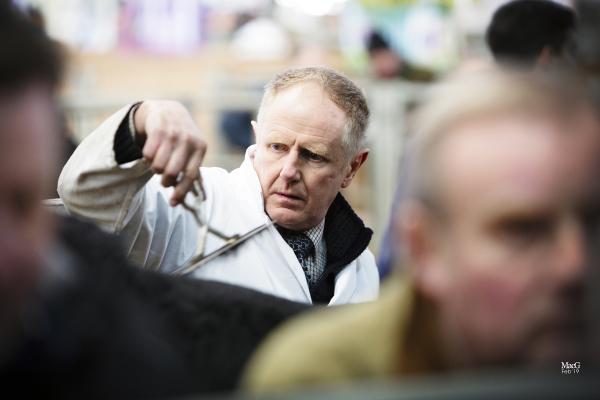