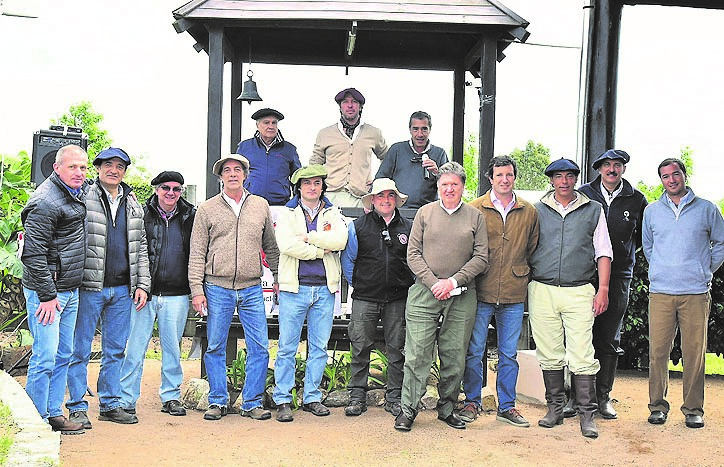 Located on the banks of the San Salvadore river, Curupy Estancia, is a family owned business and has been in the family since 1930 when it was a dedicated steer fattening farm and was commercially based around that activity. They started to keep their own cows around 1975 and after the drought of 1996 they moved to close the production cycle and upped the cows to breed their own cattle to finish.

They currently like most of the farms that we visited run around 200 cows as registered and pedigree, these are the best selection and mated with the best bulls or AI to provide pedigree sale stock and also bulls for the market too. The herd is also performance recording the pedigree cows to make sure that they are getting the best figures to keep the progress going.

The Farm is in the South West of the country and is on land types typical with that part of Uruguay and the typical extensive native pasture large area of forestry for Cellulose production and cropping with the wheat, canola, sorghum, maize, soybean and new pastures in rotation on 1,200 hectares of the better land. A high percentage of the natural pasture land is prone to flooding when rainfall is high.

With the cattle there is a big focus on efficiency in the breeding herd nothing gets a second chance and with a high percentage of the cull cows going into the food chain you can afford to be severe on them with no second chances aloud. A focus on profitability has led them to run moderate cows and more of them as they have focussed on this parameter. The other main criteria for selection is carcass quality. Heifers are being mated at the first time at 14–15 months and off the natural pastures this showed and they were perhaps a little underdeveloped for our palate but were efficient and easy calving at that size. We did see some mobs of cows that were the result of this early mating over the last 7 years and they tend to stay small but feed the calves well.

As you can see from this video the Calves were as big as the cows! With some focus on the UK agriculture to become more efficient, the weaning weight of the calf as a percentage of the dam weight as a bench mark of efficient beef production a lot can be taken from this farm in this respect.

The future plans are to be leaders in efficient quality meat production from Natural Pastures, the focus is on breeding animals to be developed to make all the above from the bounty that Uruguayan agriculture throws at them! 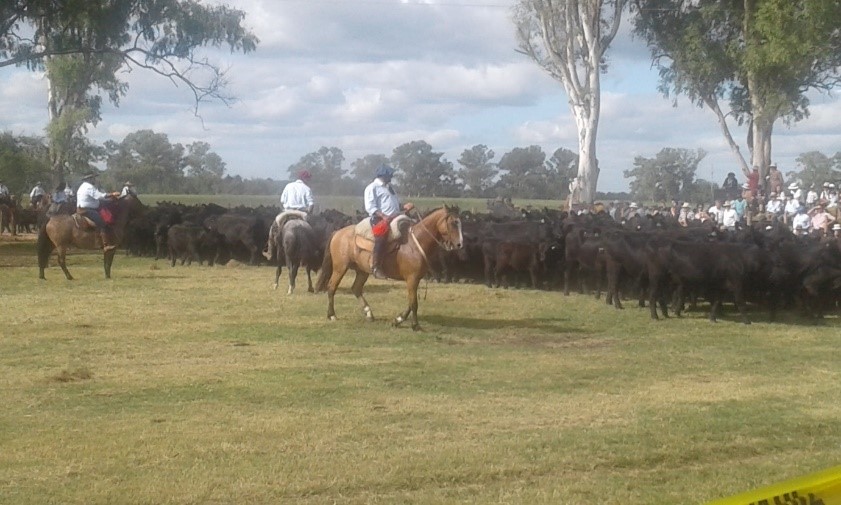 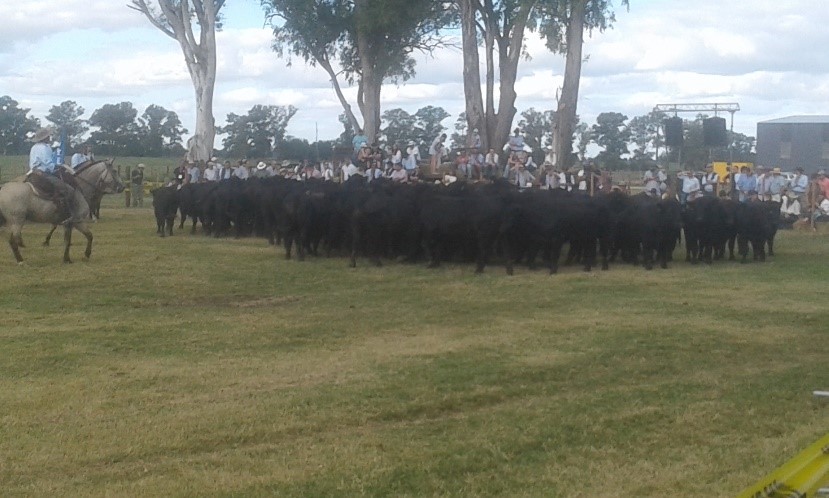 The Gouchos play a huge part in the cattle handling and management in Uruguay, they receive around 30 US dollars per day and have a house and food provided and it is a career path that tends to follow in families so sons and daughters follow fathers footsteps. They tend to have 4 horses one working in the morning, one in the afternoon, one that they have bred to sell and a foal in training. They are superb stock handlers and the cattle have respect for the horses and the Gauchos. We even witnessed a horse with the genetic make up to be able to carry the CEO as you can see below! 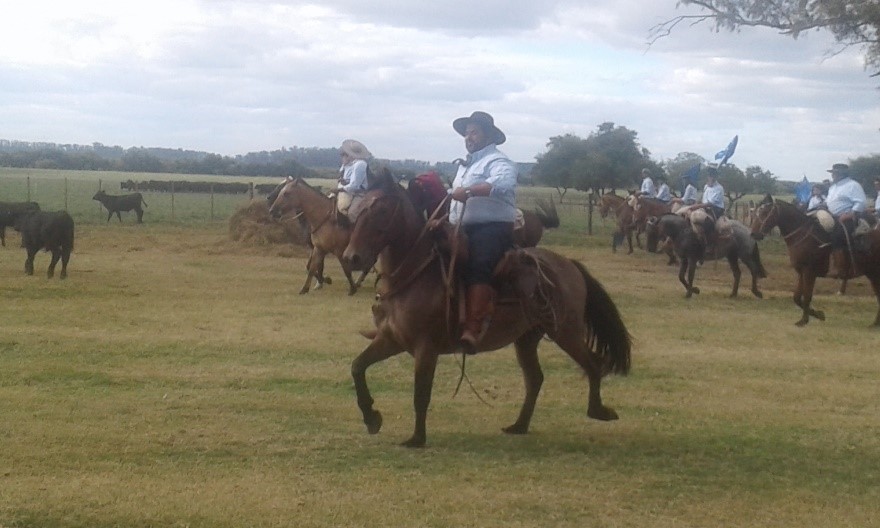 There followed a very hospitable lunch where the big barbeques were brought into play with well in excess of 600 as an estimate attended the day. The beef in the centre of the picture were ribs that were barbequed over the open hot ash with the skin on including hair! The tin sheets were put over the top and I suppose that this is the Uruguayan equivalent of a George Foreman grill! It was an acquired taste with a very high protein burnt flavour.

Typical meat cuts were on display uncooked for us to see the most popular cuts
Pichana, Rump, Ribeye and Flap! 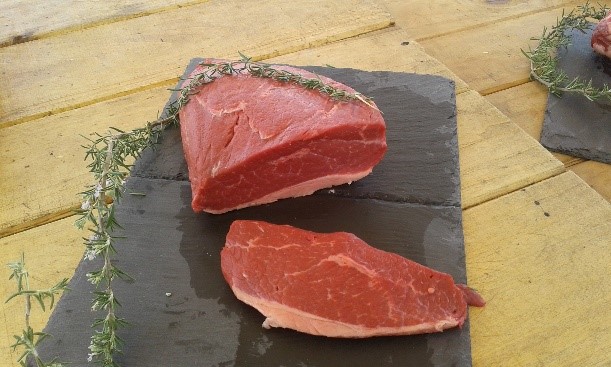 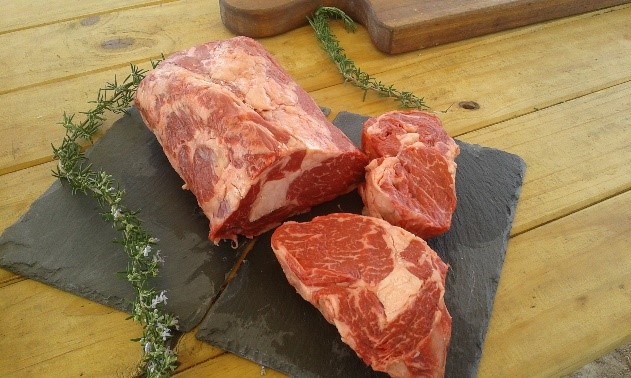 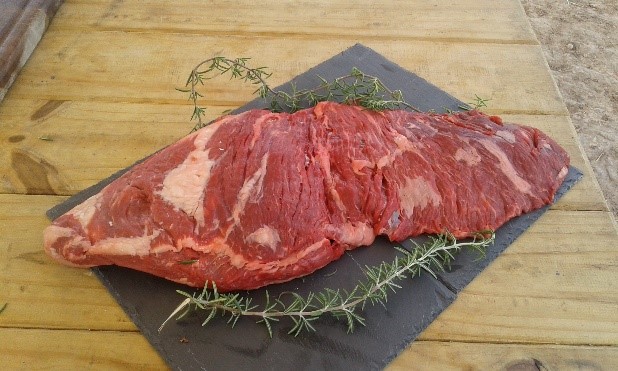 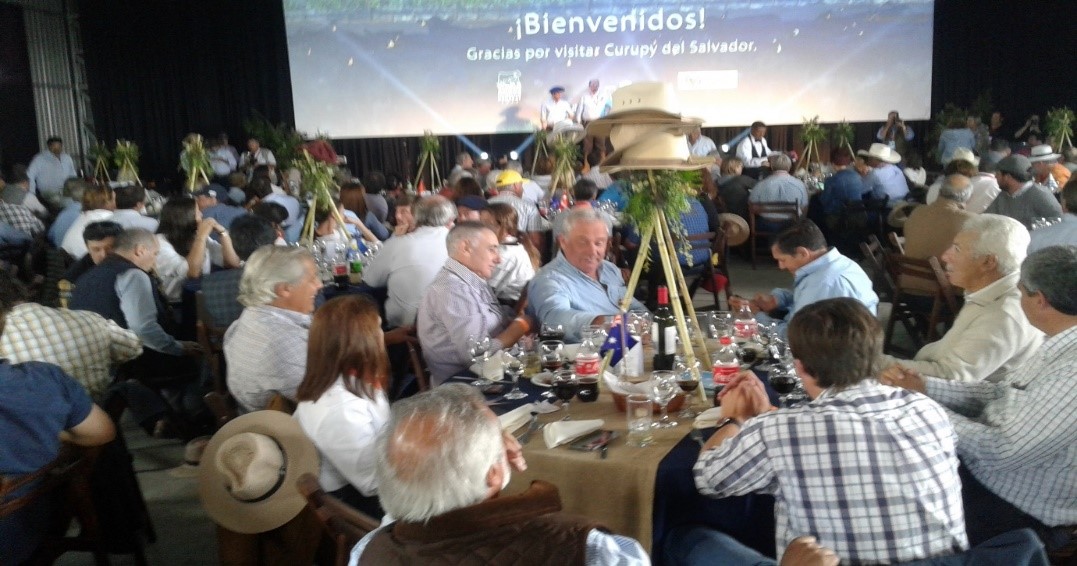 The Estancia also has a horse breeding programme, and these were shown to us and hopefully you can see the type in the video below.