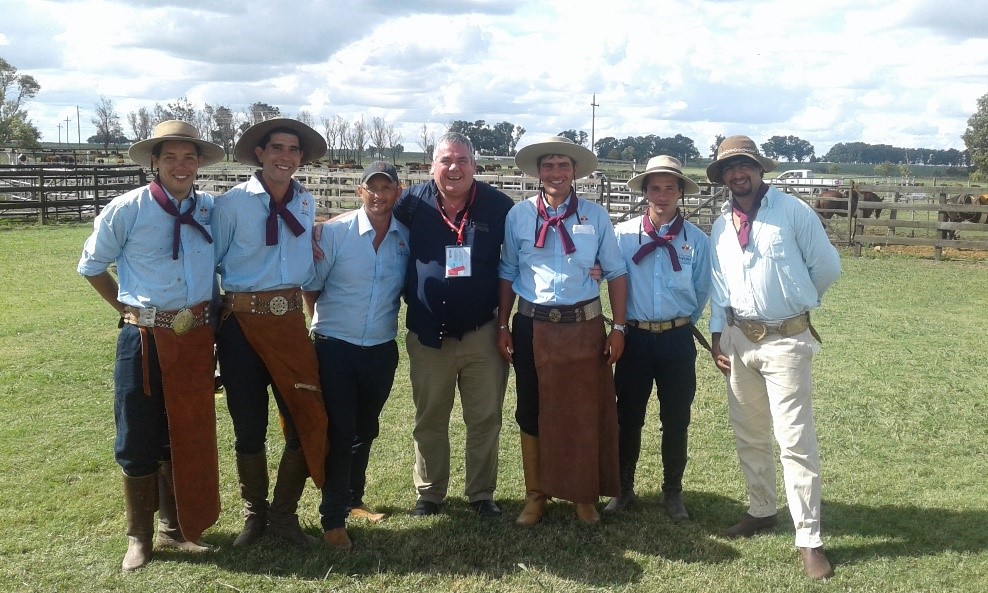 Day One
Las Rosas is owned by Mrs Laetitia d’Arenberg who started the Livestock business in Uruguay in the 1970’s and entered the business of Angus Genetics in the year 2000. The estate is dedicated to Livestock production and is always aiming to add value to its products.
The estate is based on Natural Pastures with 100% of the production coming from open air grazing. The estate runs to 5,500 hectares. 1,650 ha are leased to dairy farmers 600 dedicated to growing cash crops structure with the grazing pastures in rotation 2,700 ha is dedicated to extensive cattle breeding 550 ha are dedicated to Aberdeen-Angus breeding.

In 2003, Las Rosas reached an agreement with La Coqueta Stud which was an extension of a leading red angus stud in Brazil. The herd had dominance on the show scene and had a very strong reputation selling stock. Great success on the Red Angus front it was decided to add Black angus and stock were purchased from Studs in Argentina as well as embryos Tres Marias and La Paz to name two. In 2009, the alliance with La Coqeta ended and Las Rosas took over sole ownership of the herd.

The Pedigree herd is a pure-bred herd with some 200 cows and another herd alongside (Angus Selection Scheme) of 250.The Pedigree is managed by mating 190 cows per year with the top performing 10 being used as Embryo Donors. This produces about 200 calves per year with 80 bulls for sale and own use and 50 heifers for replacements.

80% of the whole genetic programme is their own and 20% comes from outside the herd by Embryo transfer, the pedigree herd is 66% Red angus and 34% Black Angus, the SA herd is 50/50.

Las Rosas carries a reputation of being one of the top breeders of Angus Cattle in Uruguay and considerable success in the show ring and also commercially gives them the confidence in their own genetics. They work under the motto “If it’s good for us, it is good for you”.

Las Rosas will continue to strive to be the best genetic supplier to the market utilising the best cattle, new technology and Human resources available. The production of beef from the Natural pastures is their aim and the cattle are suited to this system they will continue to use the best tools available to produce top quality beef in a sustainable way.

We were treated with the help of the very skilled and talented Gouchos to a “Rodeo” of the cattle on the farm, the following photos are in no particular order, but we saw just about every head on the place with commentary in Spanish and English throughout. 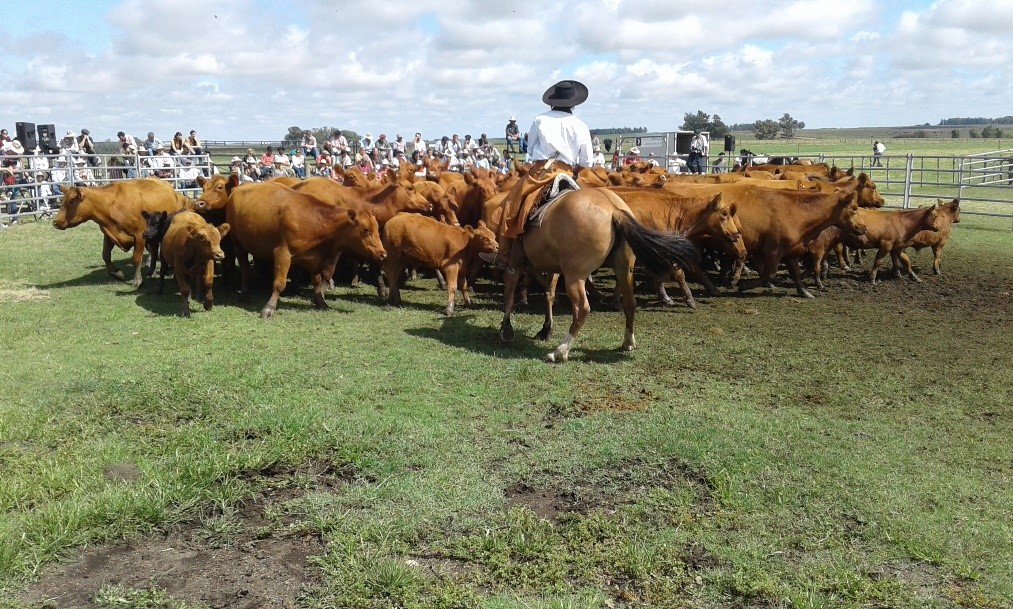 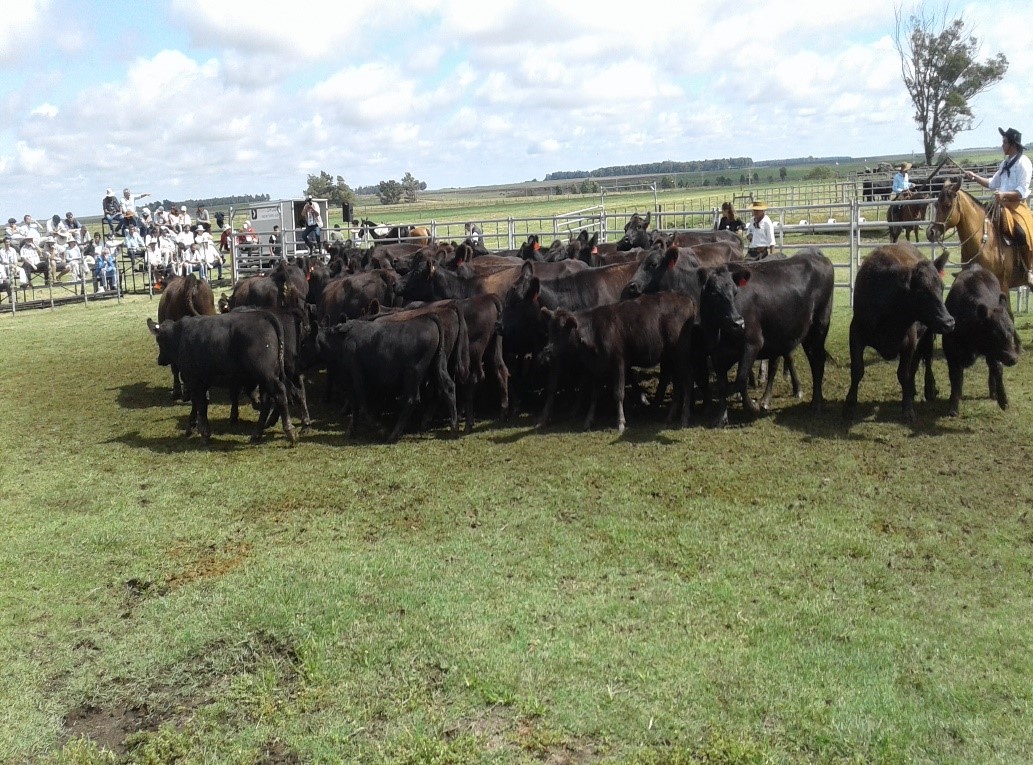 Las Rosas is showing cattle next week and we were then treated to a look at the show team bulls and the pedigree stock bulls and teams of young bulls.

Really top-quality stock and selected for the type of country and terrain that was available to them and many other ranches in Uruguay giving them the reputation that they have built to be the best there is. 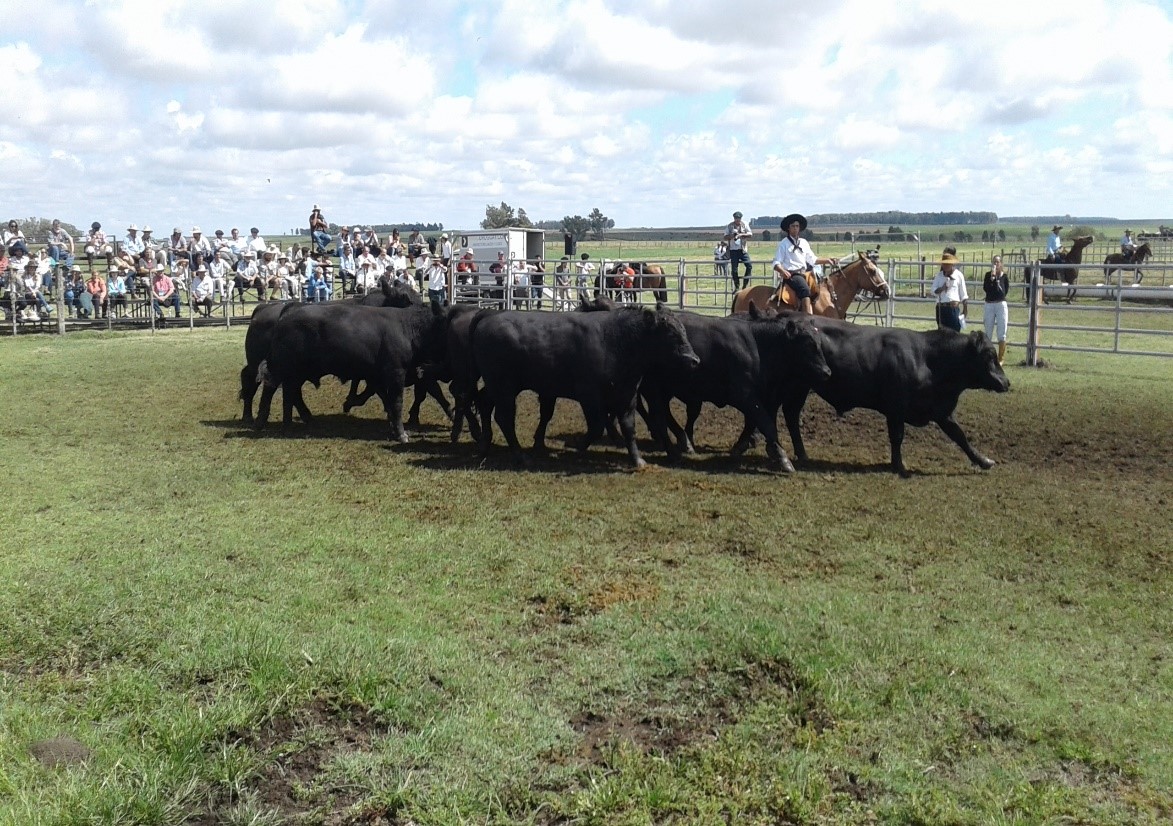 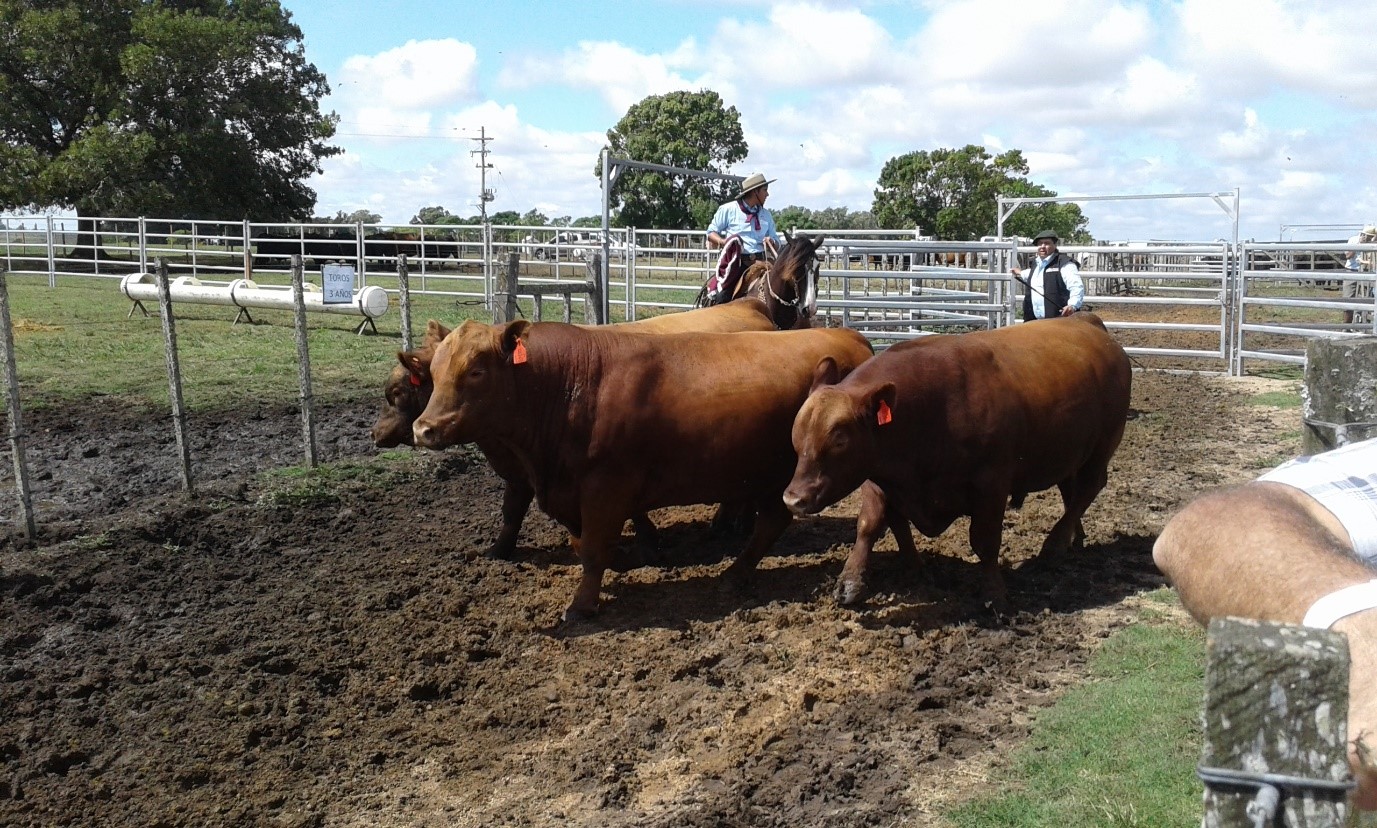 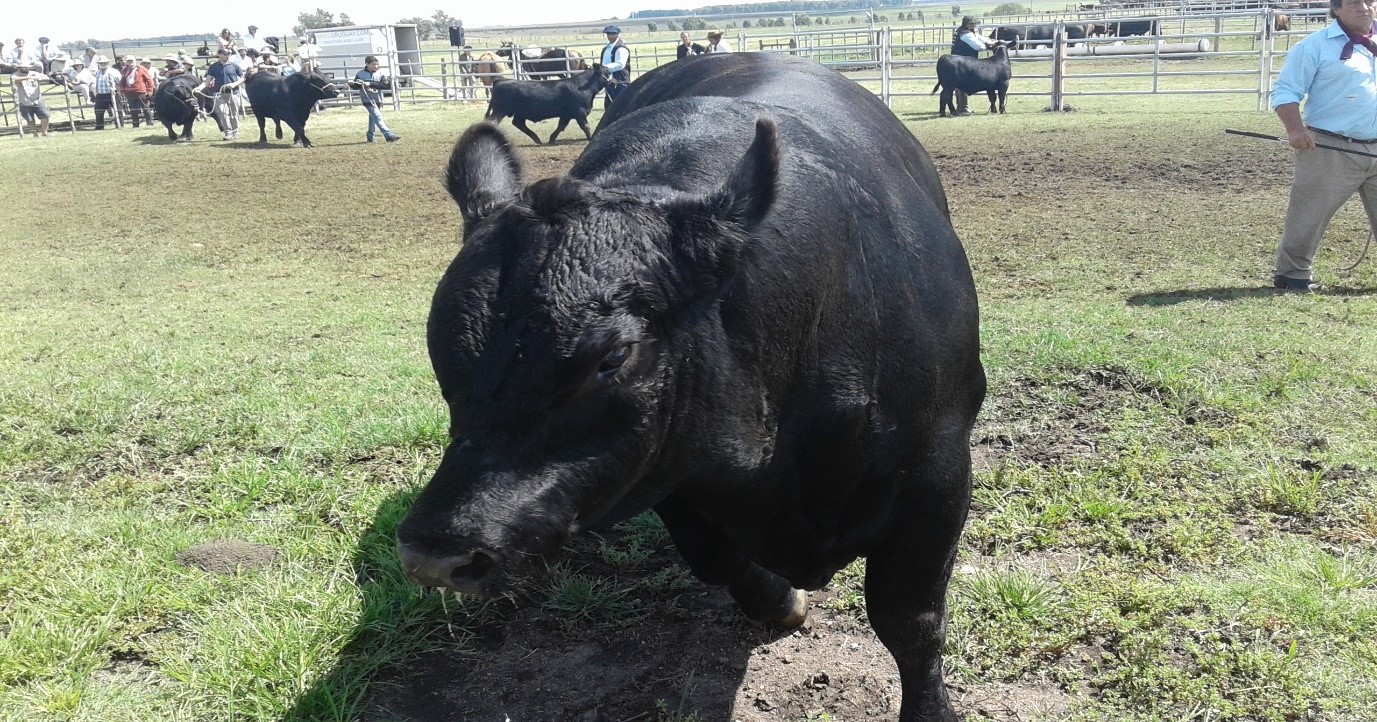 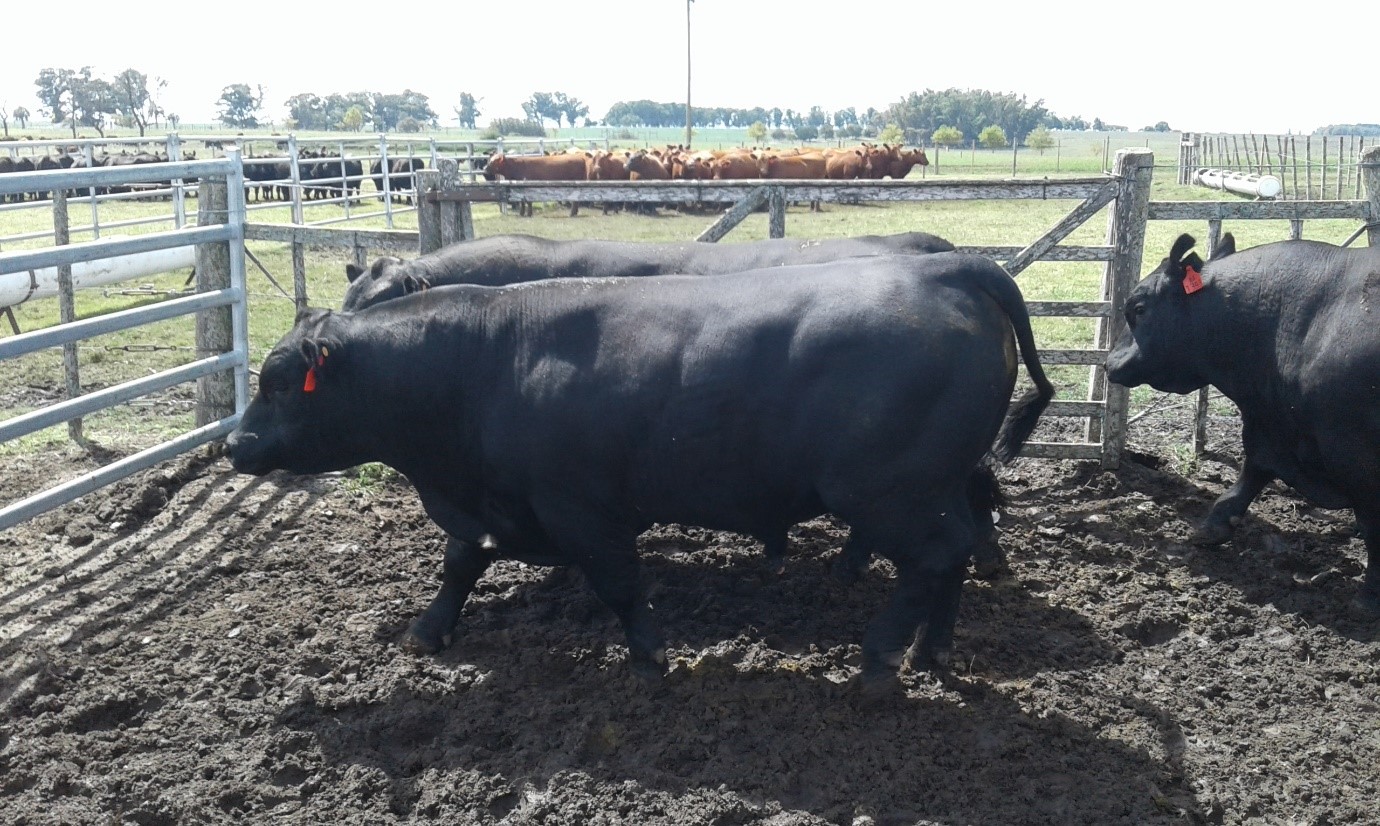 Lunch then followed! For approximately 500 guests, with what else but beef! There was some chicken too but not much! 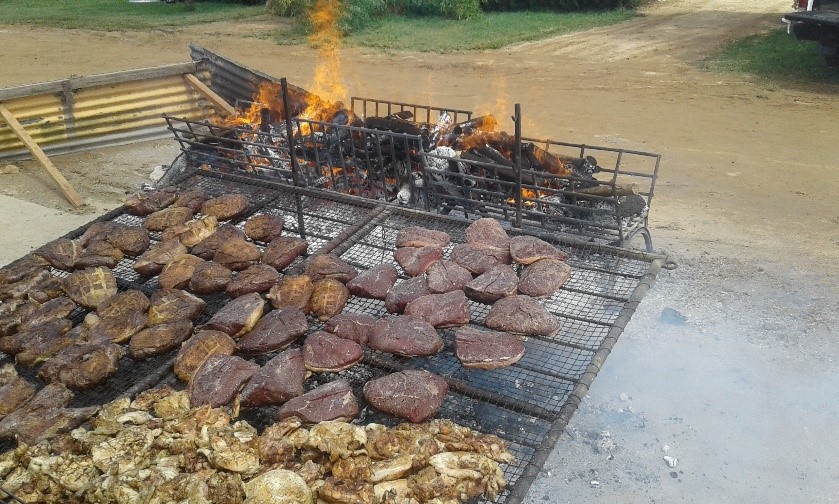 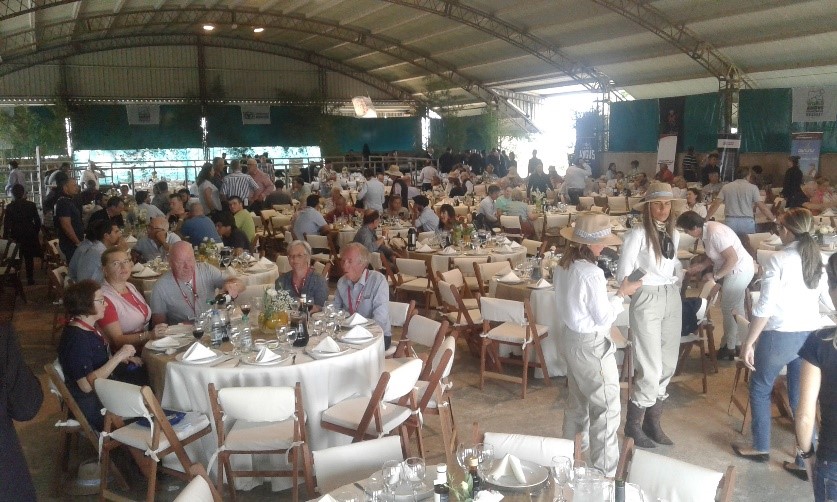