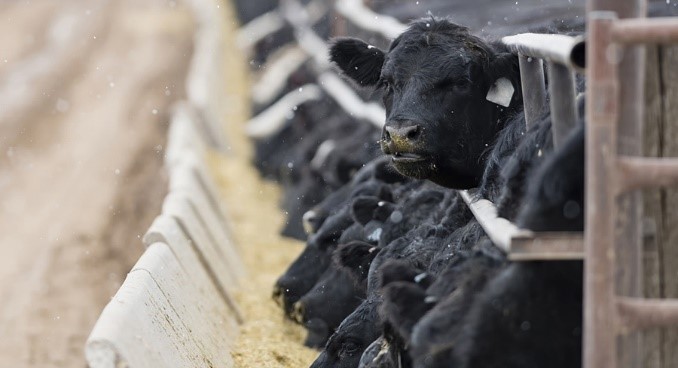 As a part of the Uruguay National heritage the Agricultural research centre has been established for over 100 years and is part of an estate of five research centres in the country. This one is situated in the Colonia Province and is about 180 km’s from the capital Montevideo.

Alberto Boerger in Uruguay and South America was a German empire scientist that worked in phytotechnology. He was born in Förde, today Grevenbrück in Westphalia on November 4, 1881. He was hired by the government of Eastern Republic of Uruguay in 1911 to conduct the work of plant breeding in this country, taking as reference the experiences of the United States and the German Empire. He arrived in the Eastern Republic of Uruguay on March 5, 1912, after two years of research in the experimental stations Toledo Department of Canelones, Uruguay and Bañados de Medina was transferred on March 5, 1914 to the experimental station La Estanzuela Department of Colonia del Sacramento, Uruguay with his colleagues, who performed very relevant work for the Uruguay and Argentina areas of South America.
Dr. Boerger’s studies in plant breeding – especially wheats – placed their work at the best scientific efforts of the first part of the 20th century. Albert Boerger died in the Eastern Republic of Uruguay on March 28, 1957, and his remains lie in the park with his name in the lands of the current Experimental Station INIA La Estanzuela Alberto Boerger (La Estanzuela, Colonia del Sacramento, Uruguay) that belong to the National Agricultural Research Institute (INIA) of Uruguay.

Following a brief introduction, we were taken to the trials and the cattle research projects which reflected this particular region and the soil type that was prevalent in the area so Natural Pasture and cultivation cropping.

The visit to the trial plots of crop rotation was first on the list and a fascinating trial to show the effects of long term cropping as opposed to strict crop rotation that had been running for 53 years was very interesting to say the least. The results from this showed that continuous cropping drained the soil and destroyed the structure and balance of nutrients, the introduction of pasture as a break crop showed extra benefits. The one draw back with the experiment was that the pastures as break crop were all cut and preserved and not grazed but this was for measurement and consistency of yields under each regime.

The results of this trial over time have been that the Uruguayan government have made it compulsory to have a rotation of cropping and grass to preserve the values of the soil and the soil structure. This maximises output from the very low inputs that are adopted and also keeps the need to spray and manage cropping to a minimum. The cropping in no particular order were, clover red and white, maize, sorghum, wheat, barley, rice, soya bean and a pasture mix including clovers.

Onto the first of the cattle grazing trials and here we saw some 75 store cattle ranging on around 50 ha of cultivated pasture in an “intensive” grazing system as opposed to natural pasture where grass yield is much higher. The cattle looked really well on the clover, fescue and ryegrass mix. 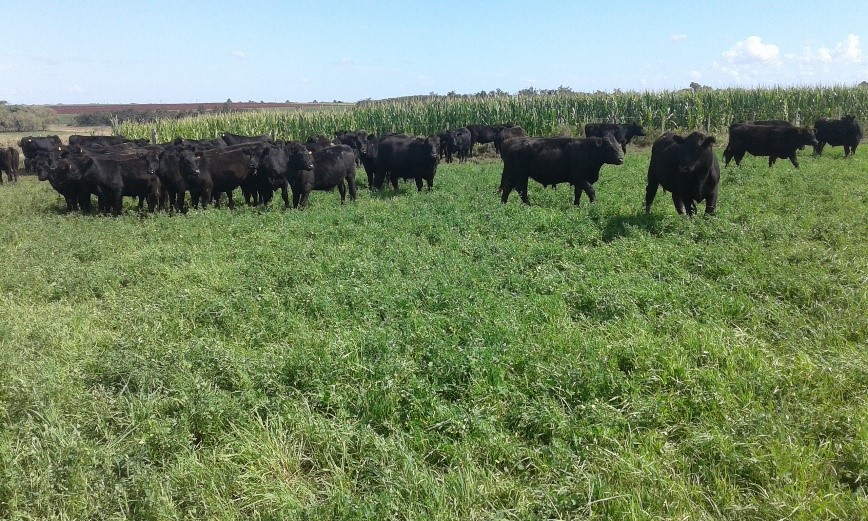 This experiment was to see what yield of meat can be achieved from grass alone in the cultivated form rather than pasture, as you can see below 59 ha of grassland was supporting the feeding of the 75 head from 165kg through to finish at about 500 to deliver an in sec carcass weight of 220-250kg dwt.

The next stop on the tour was to see some further cattle that were undergoing trials on feed efficiency and were being fed a marker so that they could be gnomonically assessed under the trial conditions. Two fancy bits of kit recorded the intake of the marker diet and the animals were on grazing apart from that. The main purpose of this part of the research was to establish the grass feeders and the best converters. 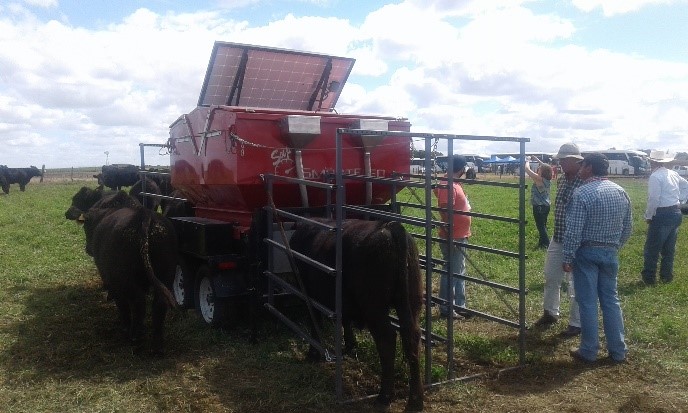 This kit was solar powered and was equipped with EID and looked like a very useful piece of kit sourced from the USA. These cattle would be taken in at 170–180 kg and sourced as any commercial finisher would source cattle in Uruguay. They are then taken through to finish 12–18 months in the system and the carcass data and growth data is collected. The trial produces about 400kg of liveweight beef per ha.

Feedlot Trial
The other system under scrutiny is the feedlot beef which is the other system that is utilised in Uruguay. Feedlot beef is marketed here as premium as opposed to “factory farmed beef” which many other systems around the world have it labelled as. The interesting fact is that the beef from the feedlot is younger and tends to be more tender and therefore premium product. The retailers have Angus beef cuts, Hereford beef cuts and Feedlot beef cuts with the feedlot carrying a 15% premium over the natural beef.

The feedlot at the research centre is a test bed and the aim is to take in weaned calves about 170 – 180 kilos and feed them to be slaughtered in 365 days at the correct liveweight to meet grade. The liveweight is 525kg and this is the most intensive type of cattle fattening in Uruguay.
The future aims of INIA and this station is to continue to support through research commercial cattle and plant production by pushing the boundaries on performance and embracing and developing new technology and practices for the benefit of the soil and the production of meat.

On return to the centre we were treated to lunch, a pleasant change to steak on this occasion where a buffet and soup was the order of the day before enjoying some presentations in the afternoon about Uruguayan beef industry. The key points of which were:
• Total Farms in Uruguay – 49,686
• Total Beef Farms 76%, so a very important part of Agriculture in Uruguay
• Land use is circa 14,000,000 ha for cattle production
• Native pastures and low intensive farms by far the majority – low cost production
• 12,000,000 cattle – 3,100,000 million people!
• Native pastures produce between 3 and 5t of dry matter per ha
• Improved Pastures produce up to 11t DM / ha
• Daily LWT gain across all systems is between 800g and 1200g
• Slaughter weight is increasing by 1.9kg liveweight per year and will continue to rise
• More selection is being made on EBV for performance
• Marbling is a key selection parameter

The focus is as they are a small country and cannot produce the volume, they have to hit the premium markets and through grass and pasture fed beef they are able to do this.

A very enjoyable visit with all systems being explained to us on the one place and a message that Agriculture particularly cattle farming is very key to the country’s economy and receives plenty of support in terms of research and development from the INIA organisation.