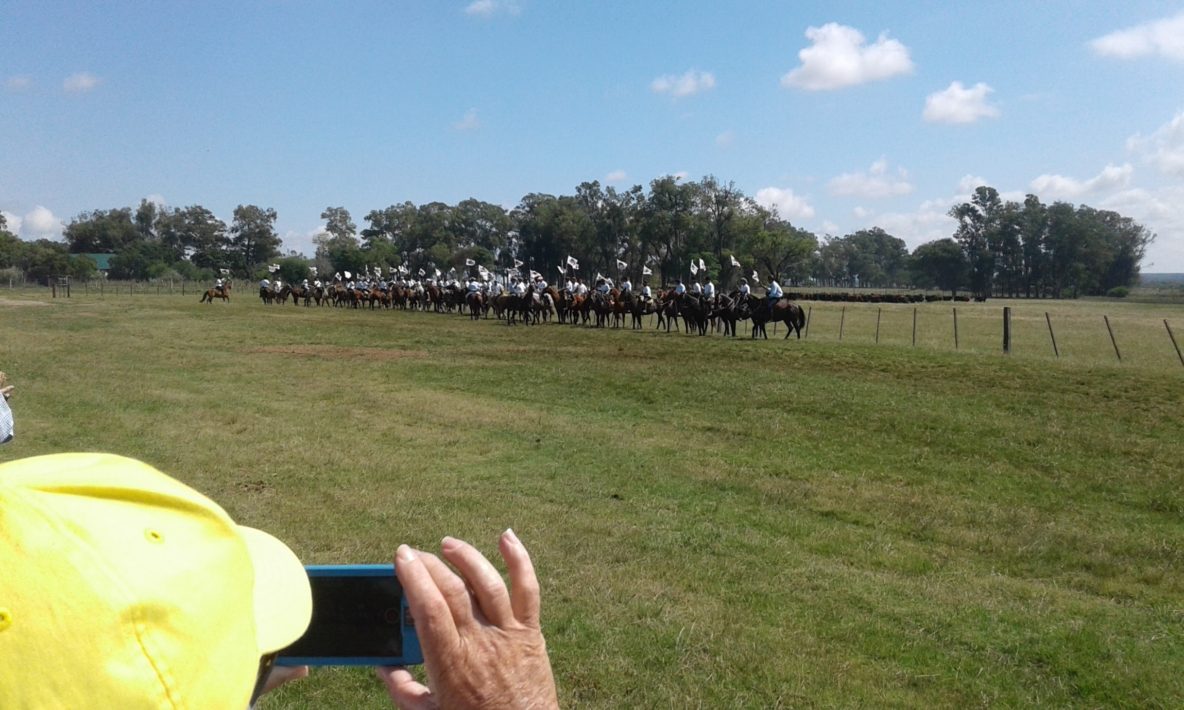 Estancia Caraguata, situated in the NE part of the country the estancia is the property of the Fernandez family and along with the three sister estancias form the estate of Frigorifico Modelo SA. The family has been in agriculture in Uruguay since the first estancia was acquired in 1929 and are one of the oldest established Aberdeen-Angus herds in Uruguay. The fourth generation is now running the business, the business is vast and diversified from agriculture to food of all types being produced.

The estate runs over 24,700 hectares, 15% is dedicated to beef production, with 25% being farmed as forestry for the cellulose industry. The balance of land is in crop rotation with grass and soya, maize and rice make up the cash crops with grass in the rotation by order of the government!

The first pure breeds were imported mainly from Argentina in 1966 and have been producing pure bred Aberdeen-Angus for 30 years. They have a purebred stud of some 200 pedigrees, and these are like the multiplication unit that supply the Select Angus herd of 2,000 with mothers and bulls and also the commercial herd that runs to 5,000 cross bred cows. The progeny from the above are sold as pedigree bulls 300 per year and 1,000 commercial and pedigree females to other breeders.

Embryos are imported to keep the gene pool as wide as possible, they have about 350 pedigree births per year and around 180 are from Embryos mainly from Argentina.

The Aberdeen-Angus breed is particularly well suited to the environment that is available to graze them with “open air” breeding and feeding of the stock on natural pastures, they have been shown to be the best converters of grass to meat in the world. Through many avenues they have tried and tested other breeds but keep going back to Angus as the solution.

The Pedigree breeding programme revolves around selection for high weaning weight and high level of marbling.
The plans for the future are to produce a more even Aberdeen-Angus female with good structure to cope with the terrain and of a moderate size and pressure on the selection on rib eye area and marbling. The economic performance is at present above the country average and further improvements to this are key aspects of the business going forward.

A rodeo of the cattle which had been relocated to the Polo Club then commenced which saw some 2,500 cattle run past the 600 strong gathering to see. There were 48 Gauchos on hand to manage this with the skills of the horsemen being very apparent with control being exerted over large mobs of cattle from all age groups. The biggest bunch being pedigree heifers numbering 735 in total!

The lunch then followed with the biggest Barbeque I have ever seen! The assembled masses were fed and watered in superb fashion before being treated to a show of the pedigree and show cattle when a further show lasting a couple of hours demonstrated the quest for really good stock and numbering a further 150 head. 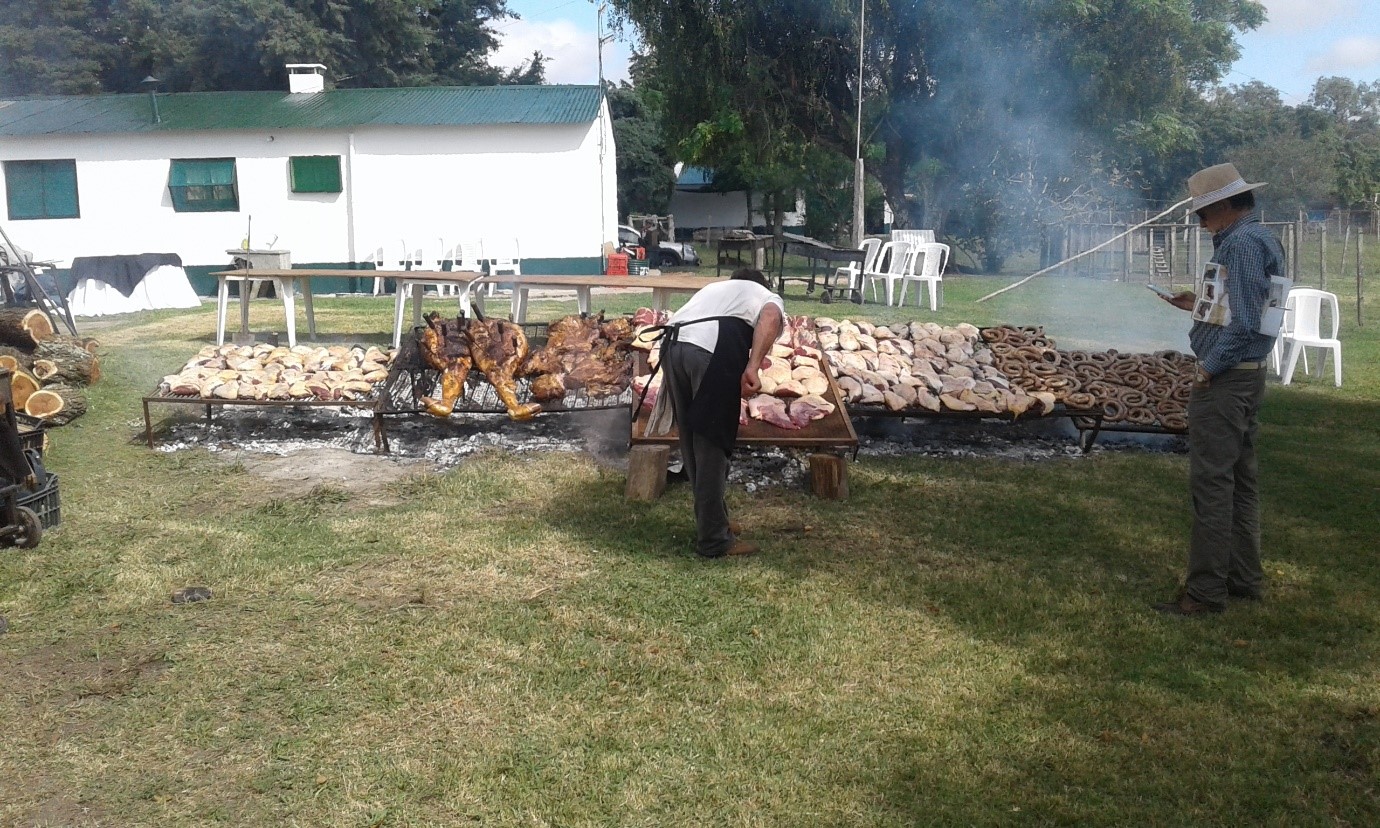 The red bull below went on to win the show in Punta De Leste later in the tour, a long bull with plenty of meat on it easy fleshing, he was outstanding! 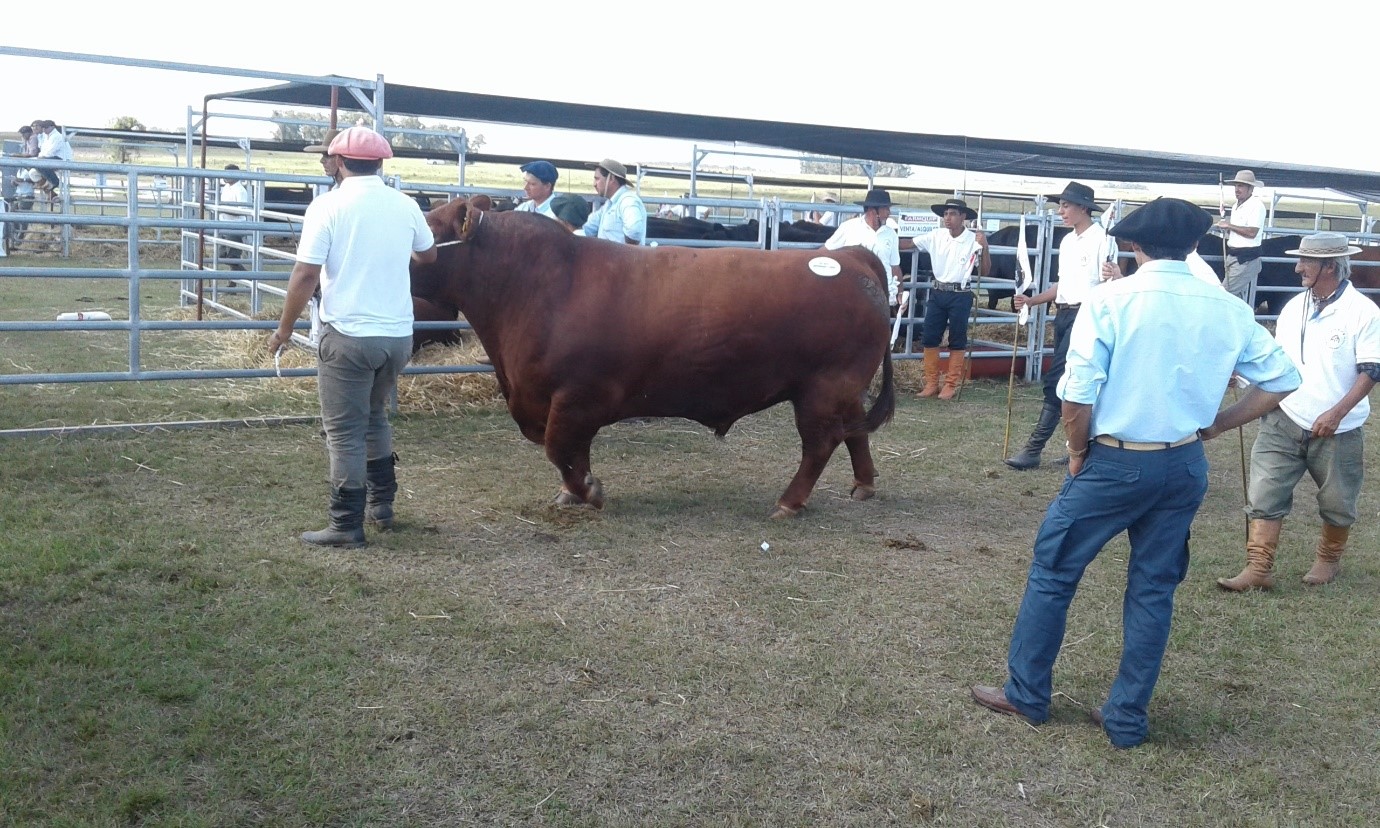 Some images from the day are shown below: 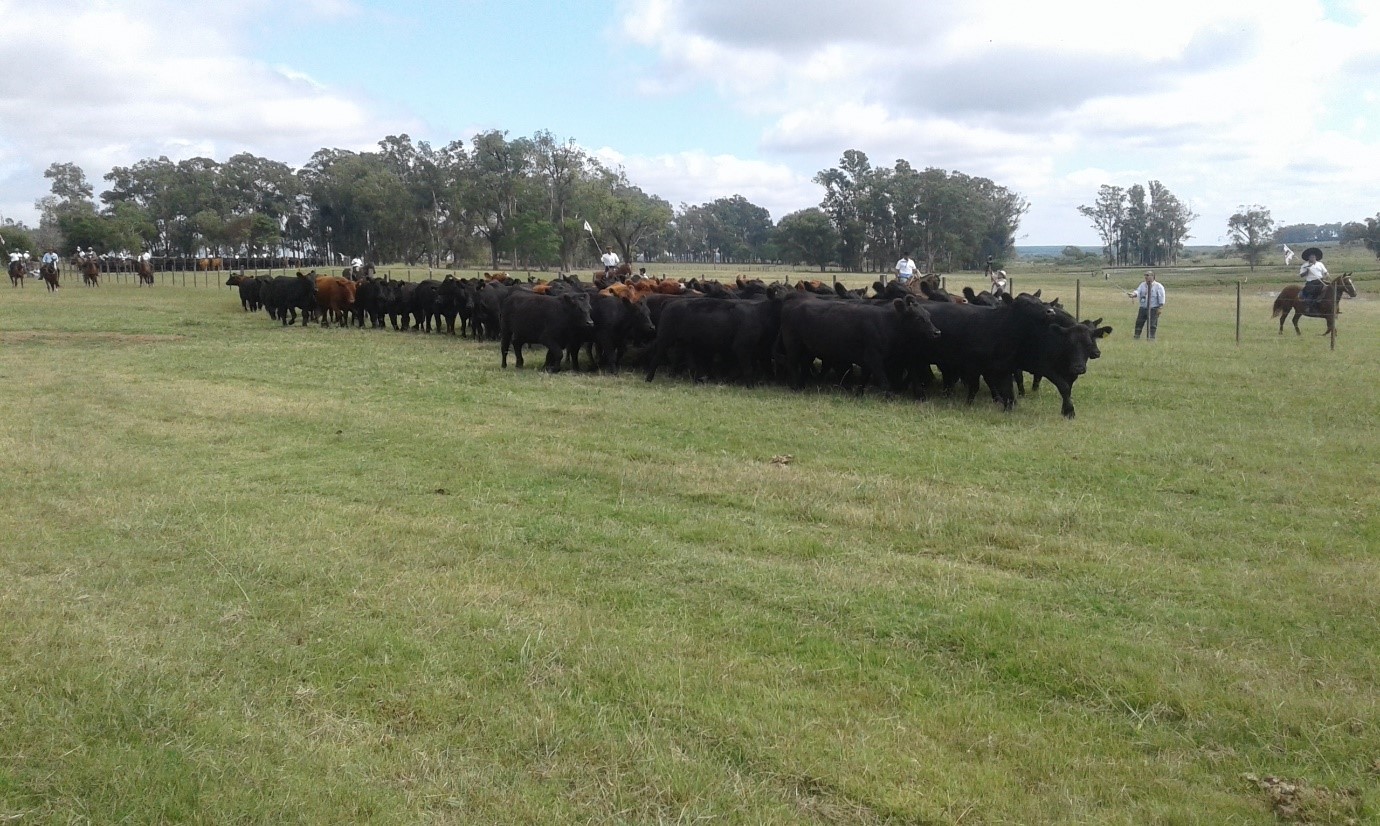 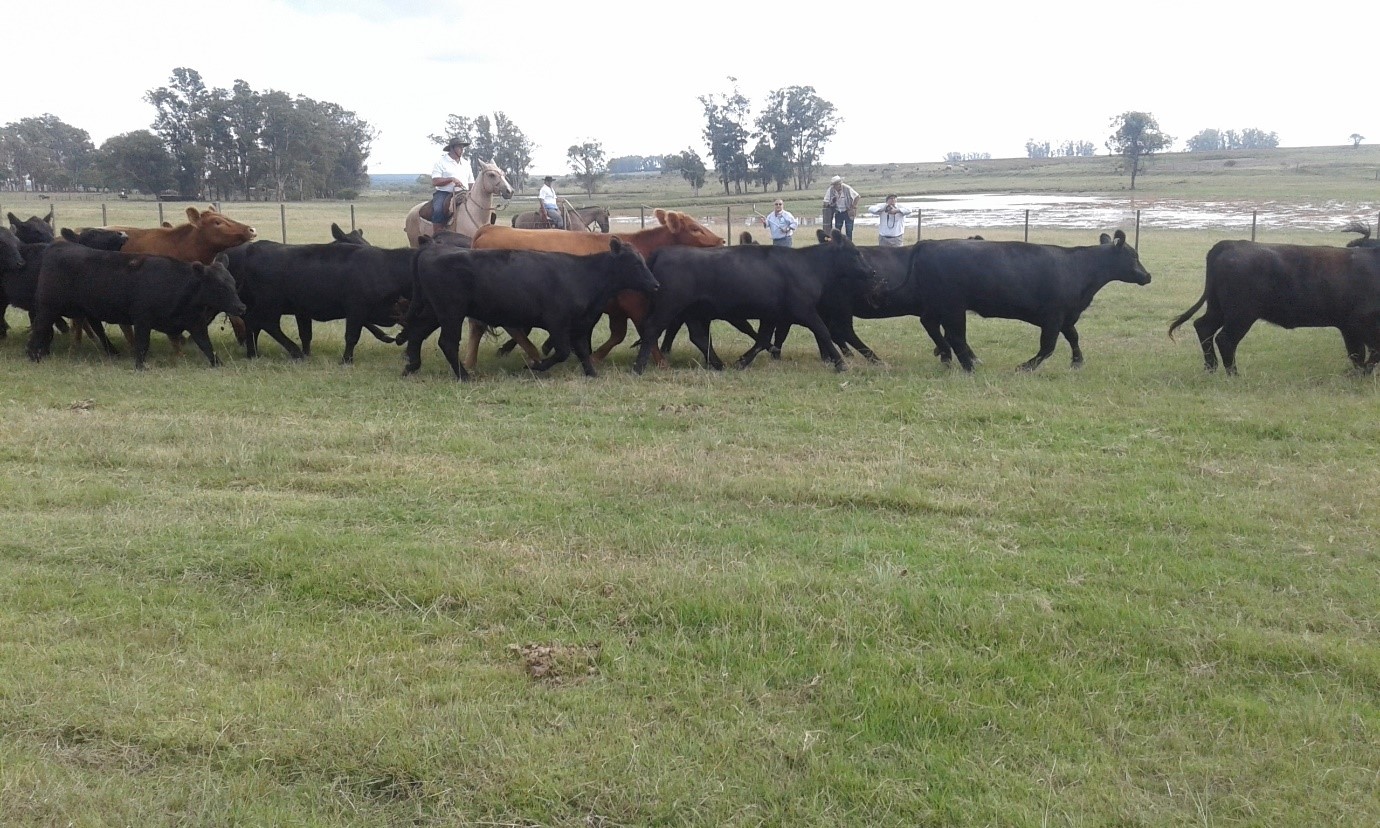 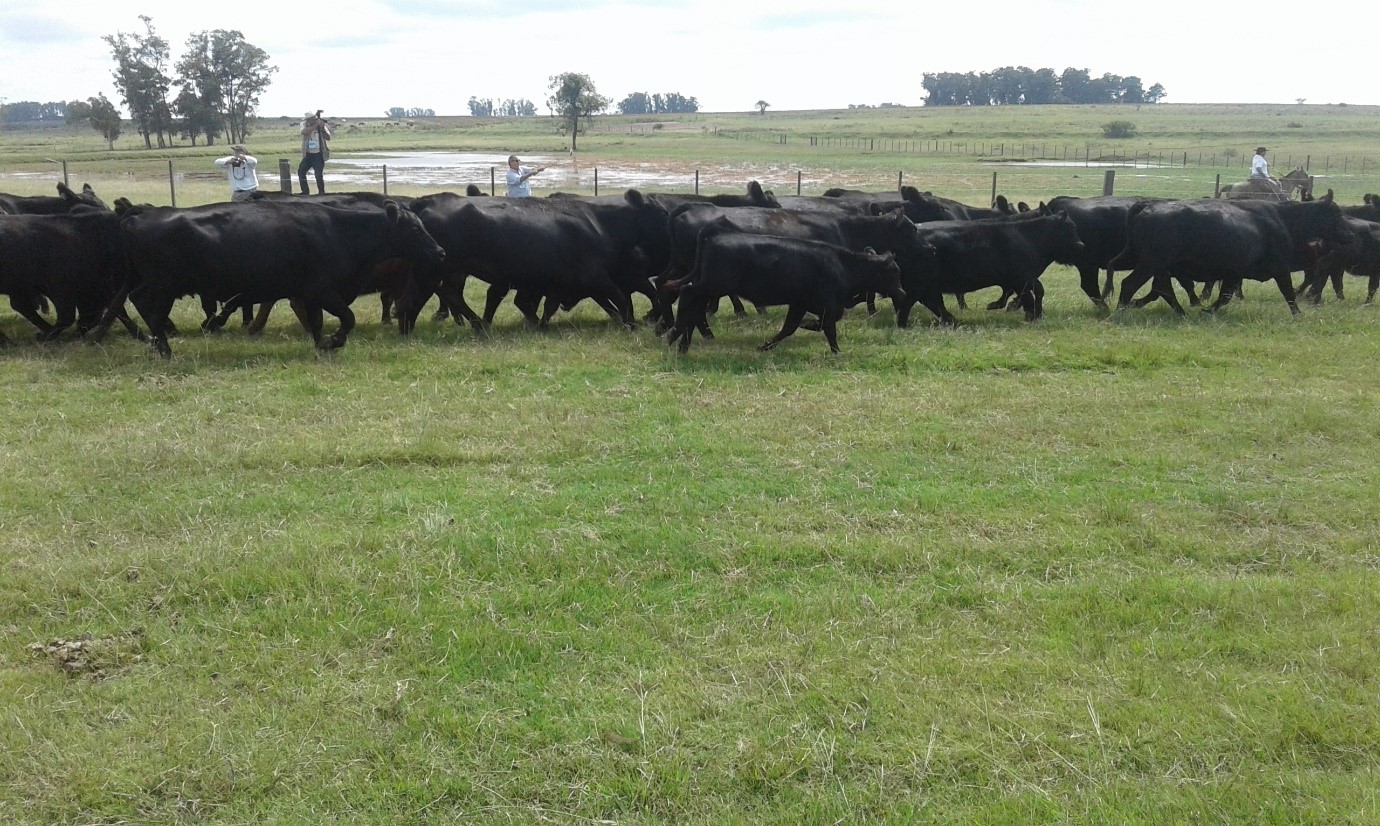 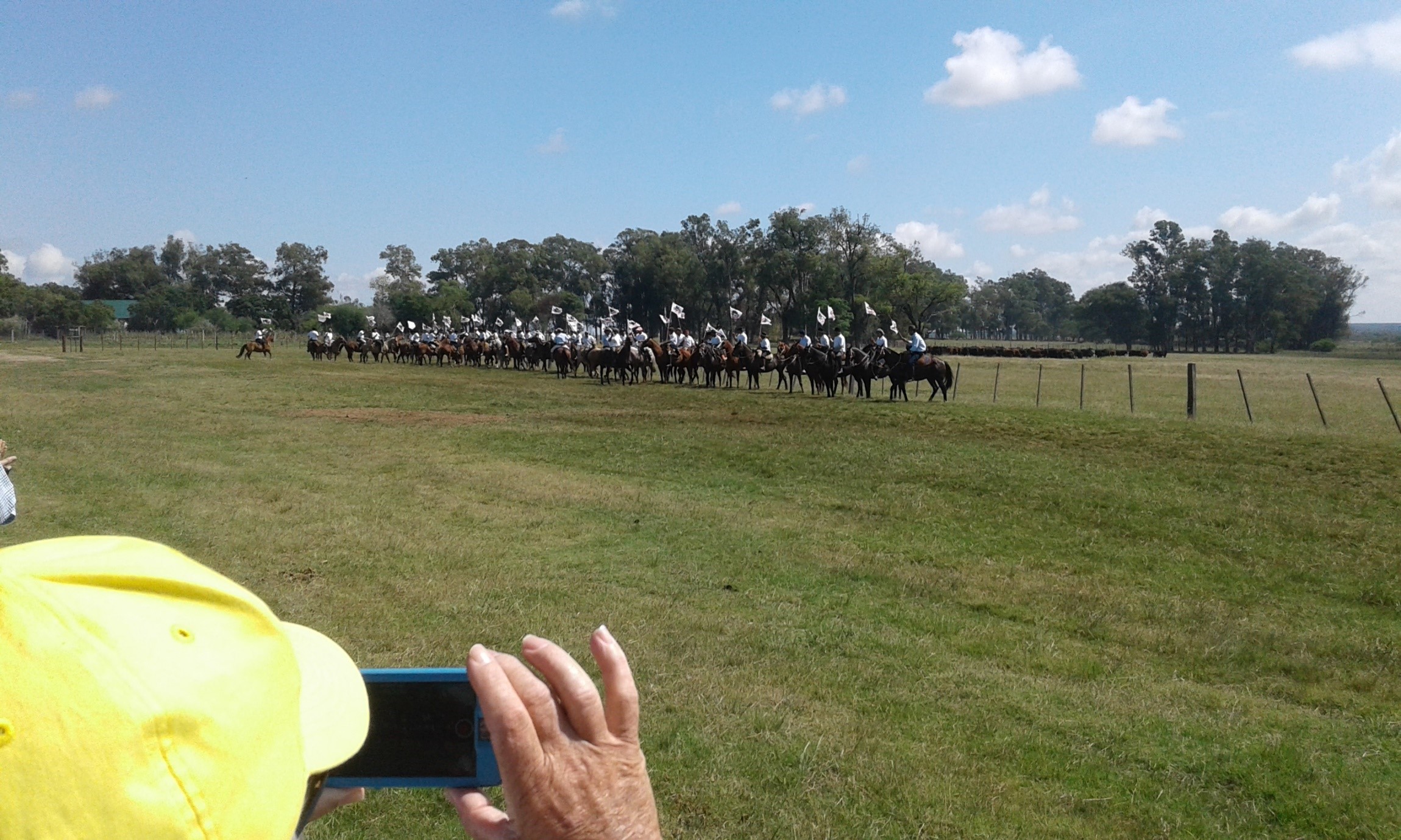 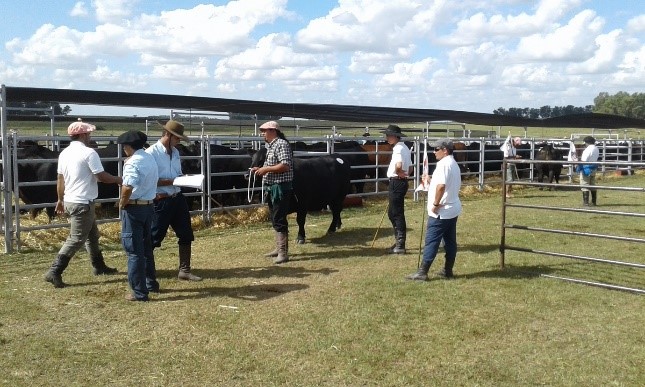 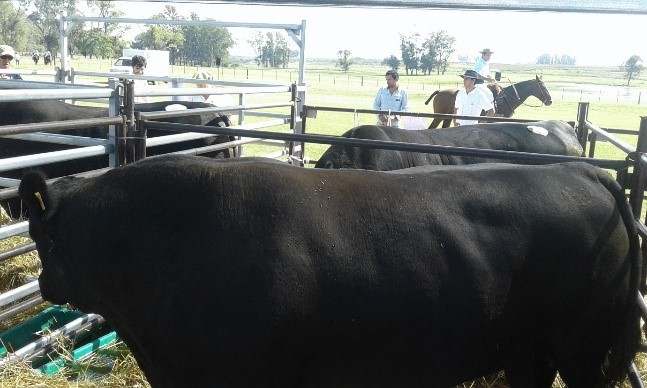