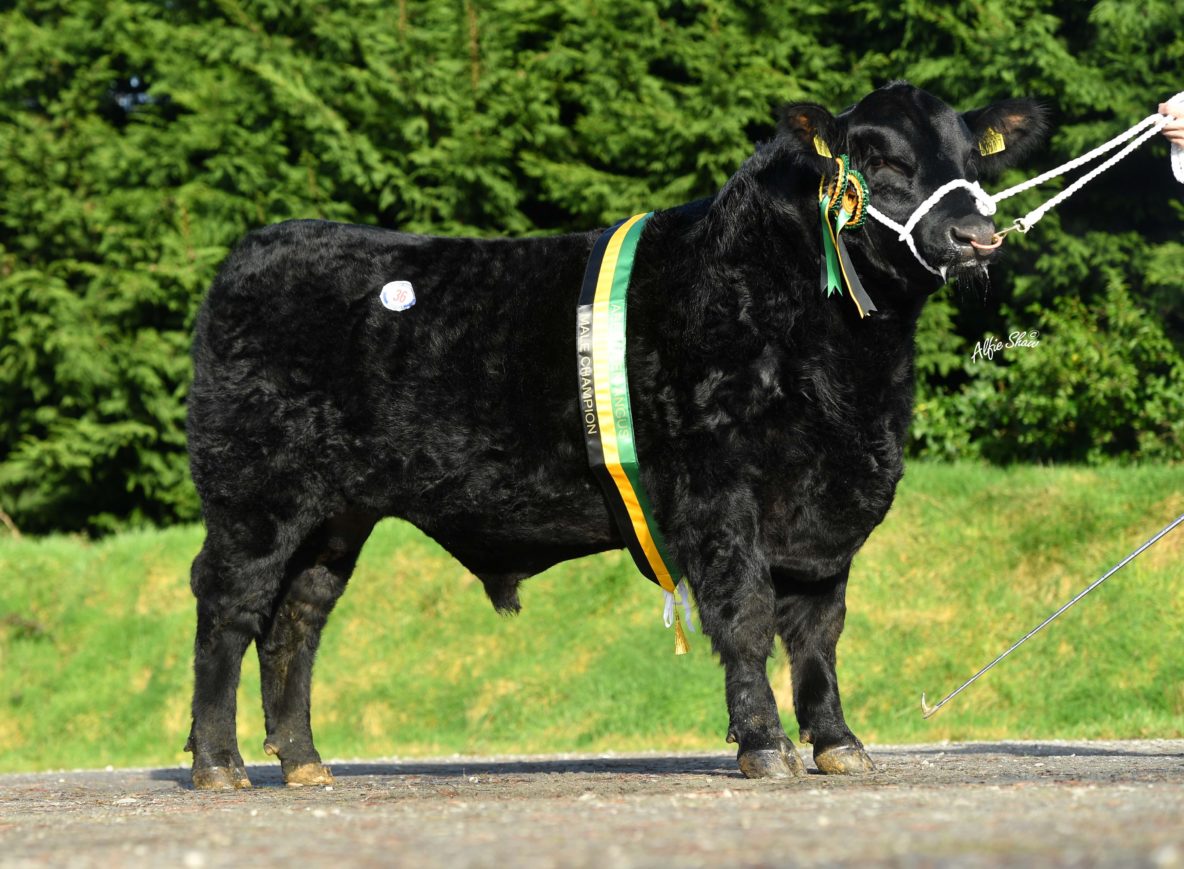 There was a steady trade for Aberdeen Angus bulls and females at the society’s February show and sale, held at Dungannon Farmers’ Mart.

Topping trade at 4,200gns was the reserve male champion Woodvale Trigger W797 TSI+36 SRI+49 bred by Alwyn and Carol Armour and Sons, Dromara, County Down. Born in August 2020 he was sired by Keirsbeath Karma S538, and is the first son bred from the Oak Moor Mr Paul S311 daughter, Woodvale Tidy Bee U311. Highest bidder was Henry Reid from Omagh, County Tyrone. 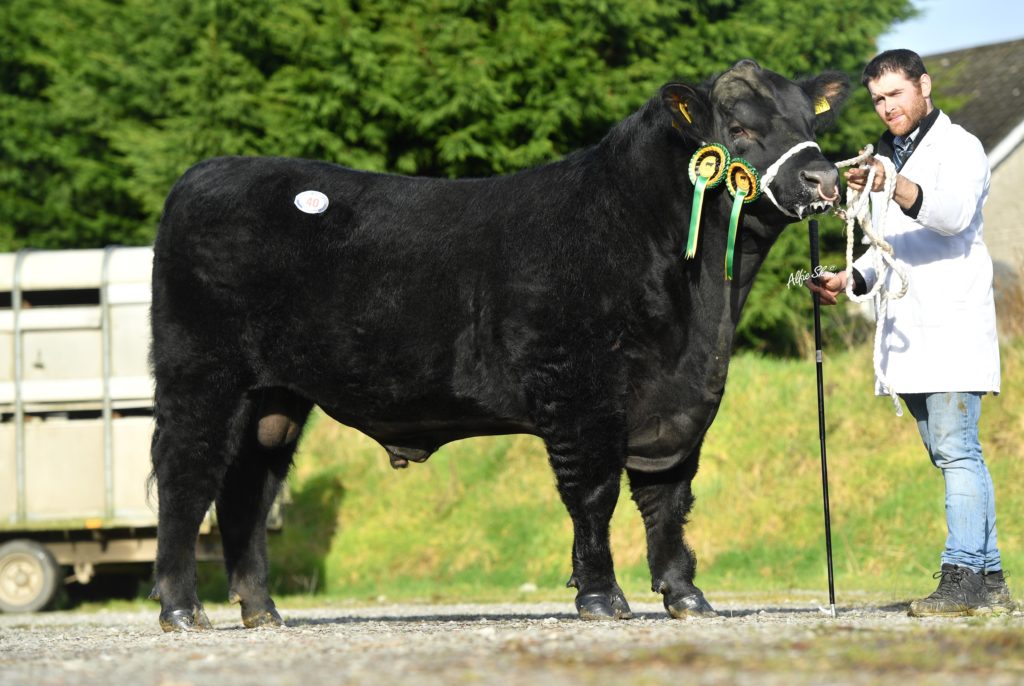 Second highest price of the day 4,000gns was paid to the Matchett family – Nigel, Gail, Sarah and Sam from Portadown, who sold three bulls from their noted Birches herd to average £3,500 each.

Cheeklaw Emlyn P480 was also behind of the breeding of the Matchett family’s second placed Birches Lord Horace W277 TSI+34 SRI+48. This one was bred from the Carrigroe Fred daughter Birches Lady Hilda S194. Born in May 2020, he came under the hammer at 3,600gns, selling to SJ Orr from Downpatrick, County Down.

The third placed Old Glenort Edmonton W265 TSI+30 SRI+36 sold for 3,500gns to Messrs M and B Stephens, Carryduff. This March 2020 entry was sired by the 2017 Balmoral supreme breed champion Carlhurlie Epic P021, and is out of a home-bred dam by Cardona Jewel Eric M826.

The champion was snapped up by Patrick Quinn from Kircubbin, County Down, for 3.500gns.

Leading the female offering at 2,750gns was the second placed Richhill Missie W827 bred by Robin Lamb and Sons, Richhill, County Armagh. This fourteen-month-old heifer was sired by the 40-cow herd’s former stock bull Weeton King Lear, and is out of a home-bred dam by Aynho Rossiter Eric B125. Buyer was pedigree breeder Frank Morrison, owner of the Cluntagh Herd based at Crossgar, County Down.

Next best at 2,100gns was the Lamb family’s May 2020 Richhil Ellen Erica W746. She was sired by the home-bred TC Freedom 104 son, Richhill Bailiff U895, and is out of Richhill Ellen Erica U987 – a daughter of Weeton King Lear R452, second placed stock bull in the NI Aberdeen Angus Club’s 2019 herd competition. This one sold to Messrs Patton from Kinawley, Enniskillen, County Fermanagh.

The female championship was snapped up by the yearling heifer Slievecroob Kimberley X792 bred by David Whan, Dromara, County Down. Sired by Haymount War Smith R578, she is bred from the Lister Extra Special G453 daughter Slievecroob Kate N162. This heifer failed to meet her reserve and returned home unsold. 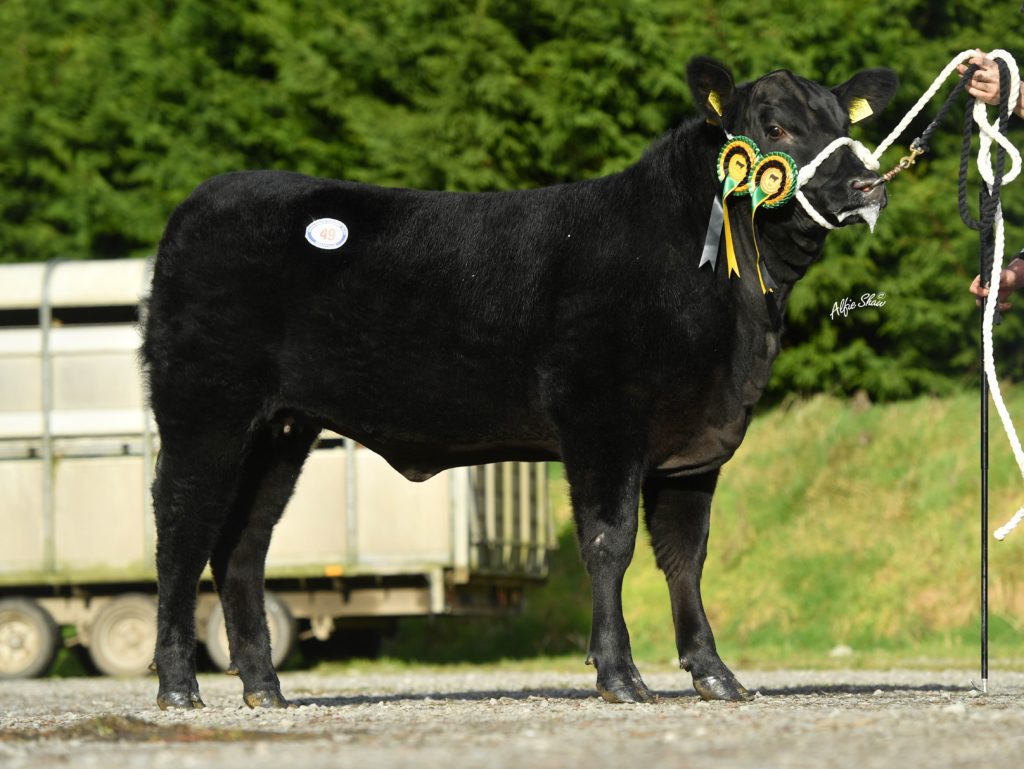 The Lamb family secured the reserve female championship with the April 2020 heifer Richhill Rosanna W676. Another by the home-bred Richhill Bailiff U895, she hails from the herd’s prolific Rosanna family – five times winner of the best cow family award in the NI club’s herd competition.