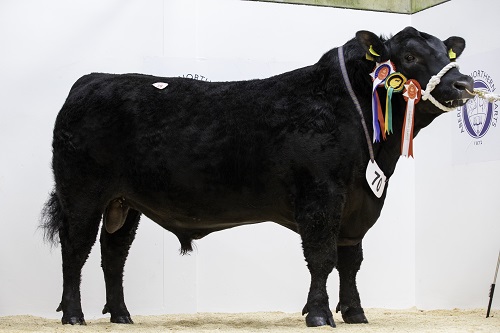 The annual Spring Show and Sale at Thainstone Agricultural Centre took place yesterday (26th February), with 10 out of 16 Aberdeen-Angus bulls selling to an average of £3,108 on what was a reasonable day of trade up north.

Topping the sale at 4,200gns was Wrae Birthday Bollinger U361 of AJ & WM Norrie of Wrae Farm in Turriff. This one is by Haymount Wivesso and out of Wrae Bonny Babs and is on his way to A & C Watson of Stonehavnen. Next best at 3,800gns in the sale ring was Tynet Phoenix U040 of H Thomson from Tynet Farm in Buckie, by Warrenho Dalmigavie out of Fearn Abbey Poppy. Phoenix was purchased by Gellan Farms of Coull, Aboyne.

Birckenbower Flynn U518, a Casino Buffon son out of Coreen Flavia, sold to Miller of Ackergill from G & R Miller of Huntly for 3,500gns in the next best price from the ring on the day. Following at 3,200gns was Foggie Enzo U225 of Karl Scott’s Foggie Herd in Turriff. Enxo is out of Culrain Evelyn by Blelack Kanny Lad and is headed for Orkney with JS & HM Ham.

Reaching a price of 2,900gns was Blelack Box Set U944 of Messrs Neil Massie’s Blelack Herd in Aboyne. Box Set is a Tonley Jester Eric son out of Blelack Beautiful Lady and was purchased by A & C Watson of Stonehaven. Two then followed at 2,500gns, first being Neil Wattie’s Tonley Everest U481. This one is by Blelack Evermore out of Tonley Equidora and was purchased by J Watson of Fraserburgh on the day. At the same money was Logie Bonanza U794 of AJR Farms in Aberdeenshire. Bonanza is a son of Rawburn Enoch out of Logie Brunette and was purchased by Oosterhof & Co of Corsekelly Farm in Fraserburgh.

2,100gns was then paid for two bulls, first being Neil Massie’s Morven Edison U023, sired by Fordel Proud Foremarke and out of Morven Edwina. Edison was purchased by JB McIntosh of Goval Farm in Aberdeen. Following at the same money was Tynet Frank Thetank U049 (ET) of H Thomson in Buckie. This one is a Gretnahouse Blackpot son by Raethorn Frances and was sold to Forge Fish F in Huntly.

The show results from the event were as follows: 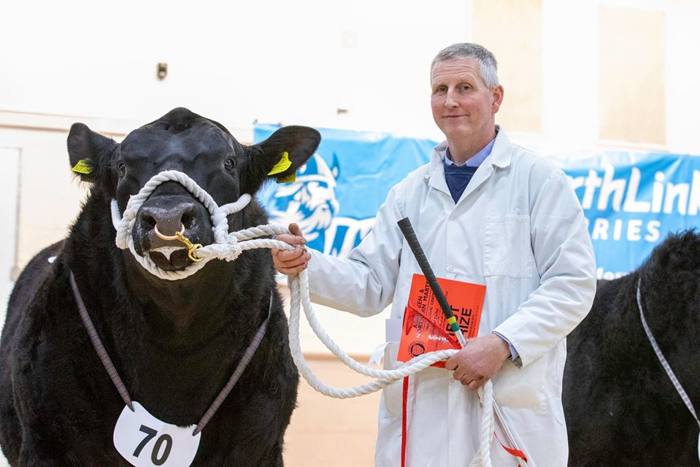 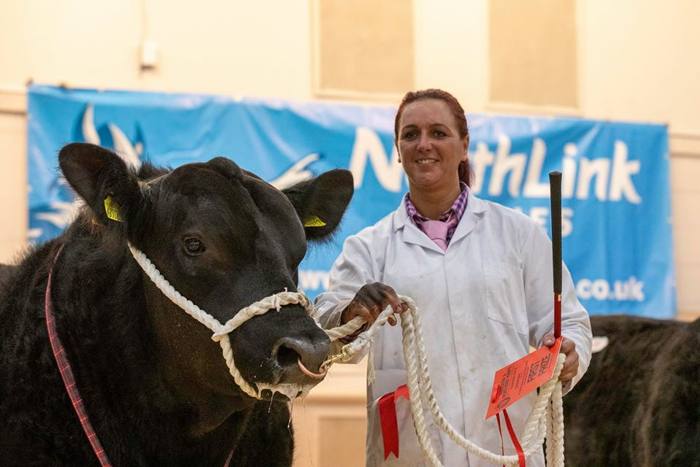