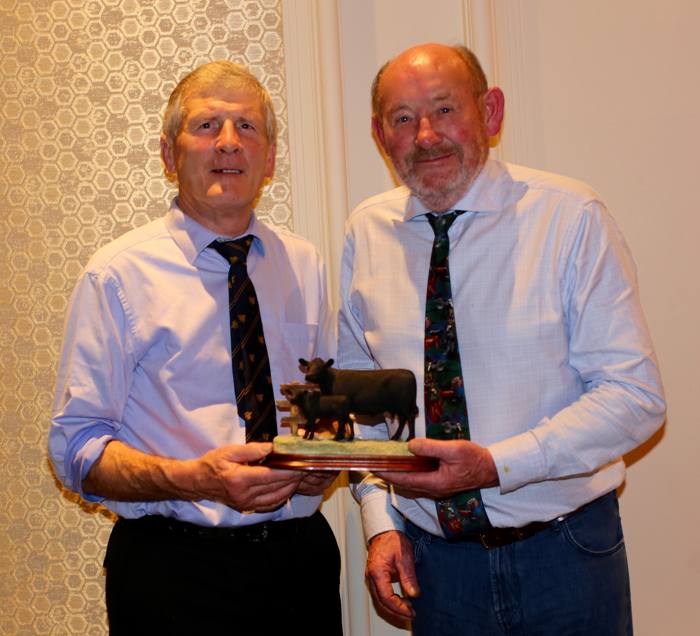 Louis Byrne, Annamoe, Bray, Co. Wicklow has been named as the winner of the FBD Eurostar €200 Pedigree Herd Competition for 2019 with his Tomriland Aberdeen-Angus Herd. The annual awards were presented by FBD in conjunction with ICBF at the ICBF & Sheep Ireland Genetics Conference, which took place at the Heritage Hotel, Co. Laois last weekend. A total of 5 awards were handed out on the night, all recognising genetic excellence in their respective fields and honoured recipients from pedigree and commercial beef herds, dairy herds and the ovine sectors. The pedigree beef competition was open to all pedigree beef herds in the country with the Tomriland Aberdeen-Angus herd seeing off tremendous competition to come out in pole position.

The Tomriland Aberdeen-Angus herd was founded in 1990 and is run by Louis, wife Chrissie, son Louis John (who operates the Castledarragh Aberdeen-Angus herd) and daughter Josephine and their spouses Ann and Dermot and extended family of grandchildren. In addition to the FBD Eurostar €200 title, the herd has won several other major pedigree awards over recent years, including the 2017 Leinster Provincial Trophy and the 2018 Connaught/Leinster junior heifer calf championship. The Tomriland herd was reduced last Autumn with a reduction sale of heifers taking place at Carnew mart with a top price of €4100 for an in-calf heifer being achieved on that occasion. Looking ahead for 2020, the herd has a number of 5 star, high index pedigree Aberdeen-Angus bulls available for sale this Spring too.