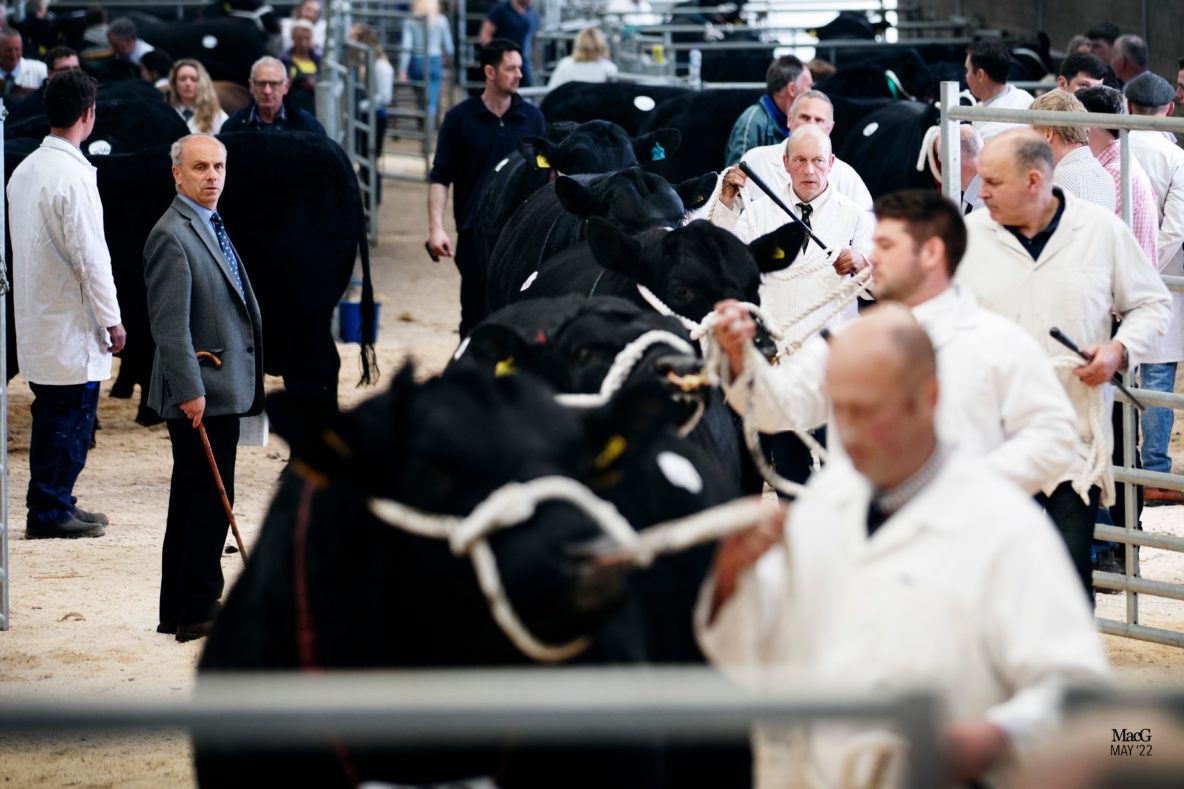 The 2022 May bull show and sale kicked off at United Auctions in Stirling with the show on Sunday 1st of May followed by the sale on Monday 2nd May. Trade was select but was similar to the last two year’s sales in 2018 and 2019 with a total of 29 bulls selling to a top of 7000gns.

Topping the sale at 7000gns was Lot 928 Idvies Eustace W947 a March 2020 born bull from the Fraser family’s Idvies herd at Forfar. Eustace was first in his class at the show on Sunday and is bred from the Flower line sire Idvies Ferrari S752. Dam is 2011 born Idvies Euxele L533 a productive daughter of the 24000gns Lockerly Legolas.  Eustace heads off to his new home in Caithness with the Pottingers at Greenland Mains. 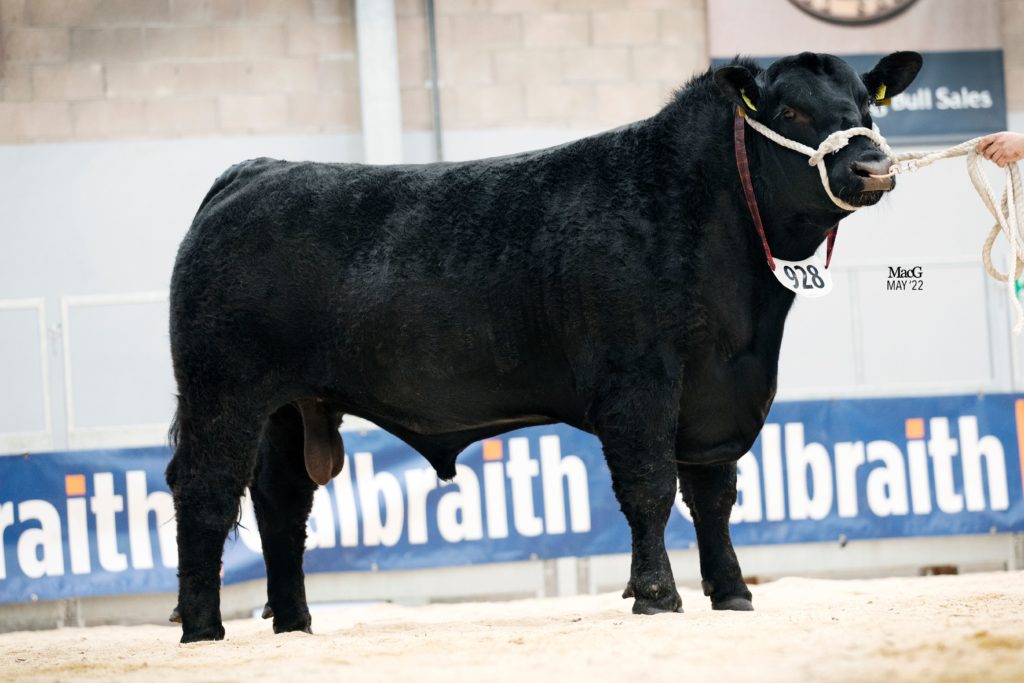 Second top in the sale at 5200gns was lot 939, Saville Bluebird W201 from the Medley family. Bluebird is an April 2020 born bull by Weeton Evolution R447 and out of Blelack Bluebird S664 bought by the Medleys from Blelack in 2016 for 6300gns. He stood 2nd in his class on Sunday. Bluebird heads to the Brown family’s Drumdow herd in Ayrshire. 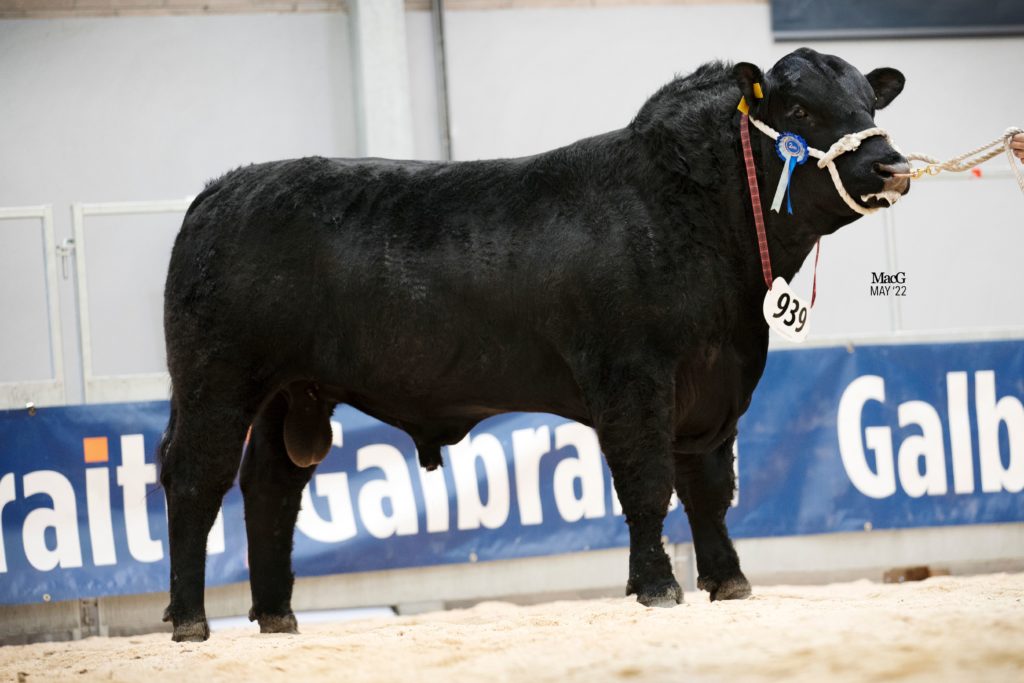 Following on at 5000gns was Sunday’s Champion, lot 952 Retties Field Marshall W130. A May 2020 born son of Retties JFK M195 a bull that has performed well for the herd, with sons up to 14000gns. His dam Belhaven Francophile P104 is also no stranger to the limelight having been 1st prize 2-year-old at the 2016 Royal Highland Show and Interbreed Champion at the Fife Show in the same year. Field Marshall heads to his new home with the Ralstons for their Bankeir herd. 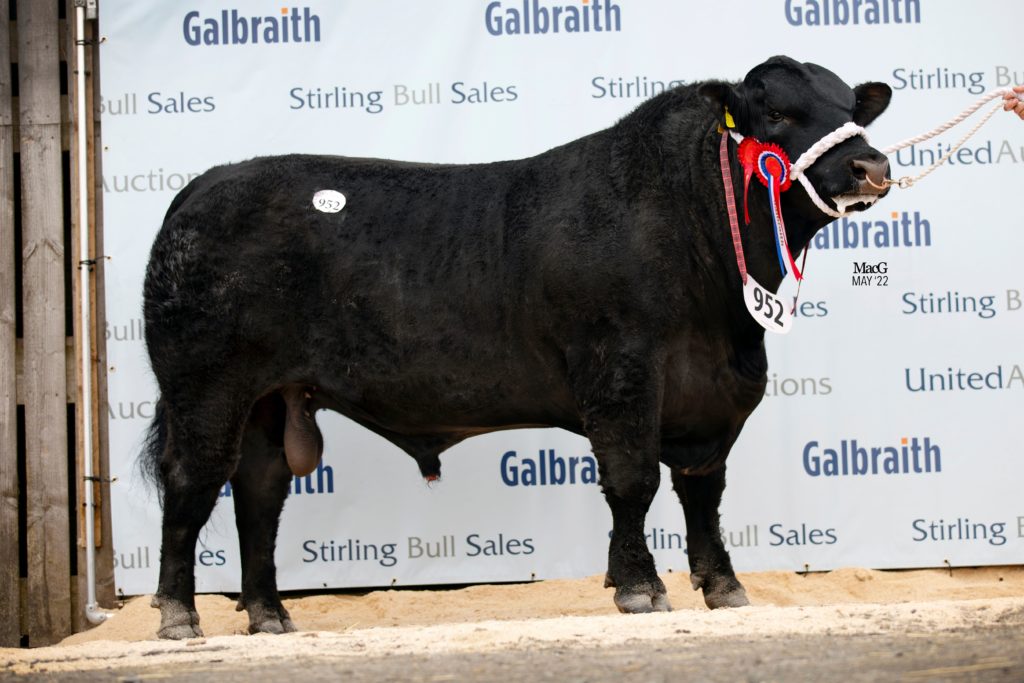 Also going for 5000gns was lot 953 Wrae Brave Bomber W395 a May 2020 born bull from Alexander Norrie. Fourth in his class on Sunday, Bomber is by Blelack Lord Heathcliff S835 whose dam Blelack Lady Heather L626 has bred sons to 8000gns. Bomber is out of Wrae Beautiful Bess J141 and heads to Orkney. 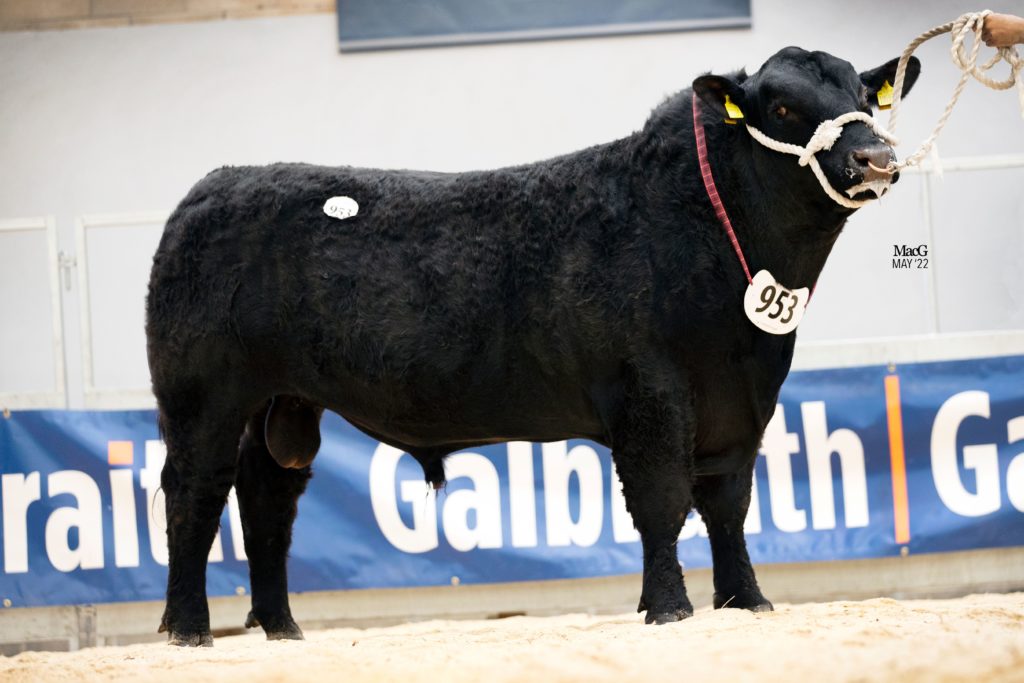 The final bull at 5000gns was Reserve Champion lot 986, Idvies Fairfax W990. Fairfax is an October 2020 born bull from sired by Thrunton Panther S922. 15000gns Panther was bought at the 2018 Stirling February sale by the Frasers. Panther has produced a number of high value progeny, including the 2021 October sale female champion. Fairfax heads with Robert Wallace to Ayrshire. 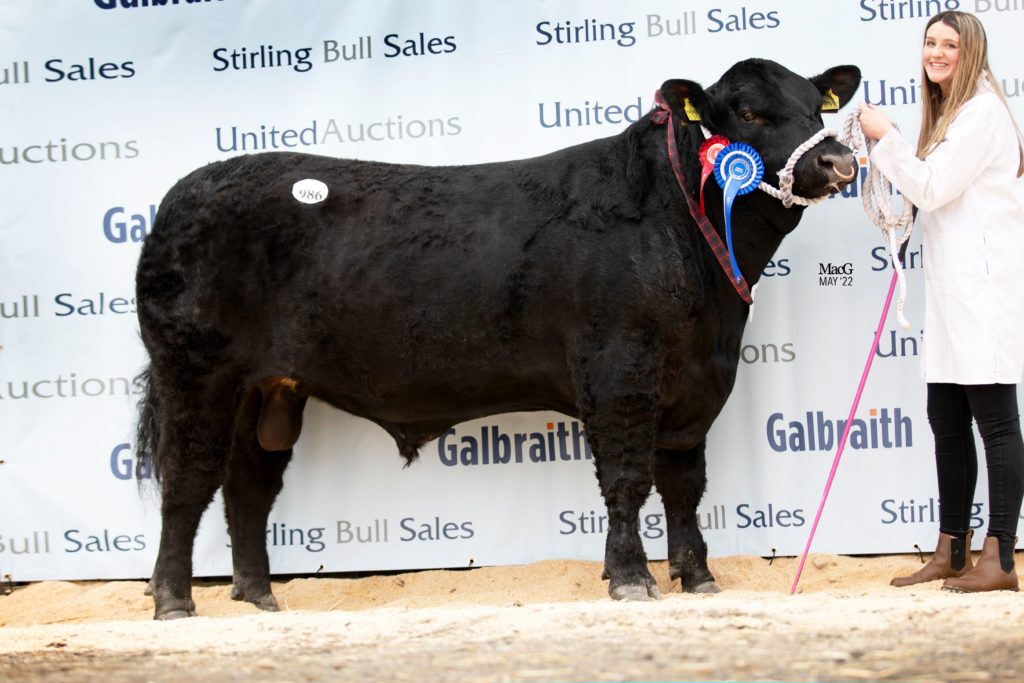 Sundays show saw Maddie Clarke from the Shadwell herd judge the Aberdeen-Angus cattle. Maddie is a former participant of the Aberdeen-Angus Youth Development Programme. It is great to see Maddie progressing her promising career in the industry by taking on judging responsibilities, we will be watching closely as Maddie’s career develops. 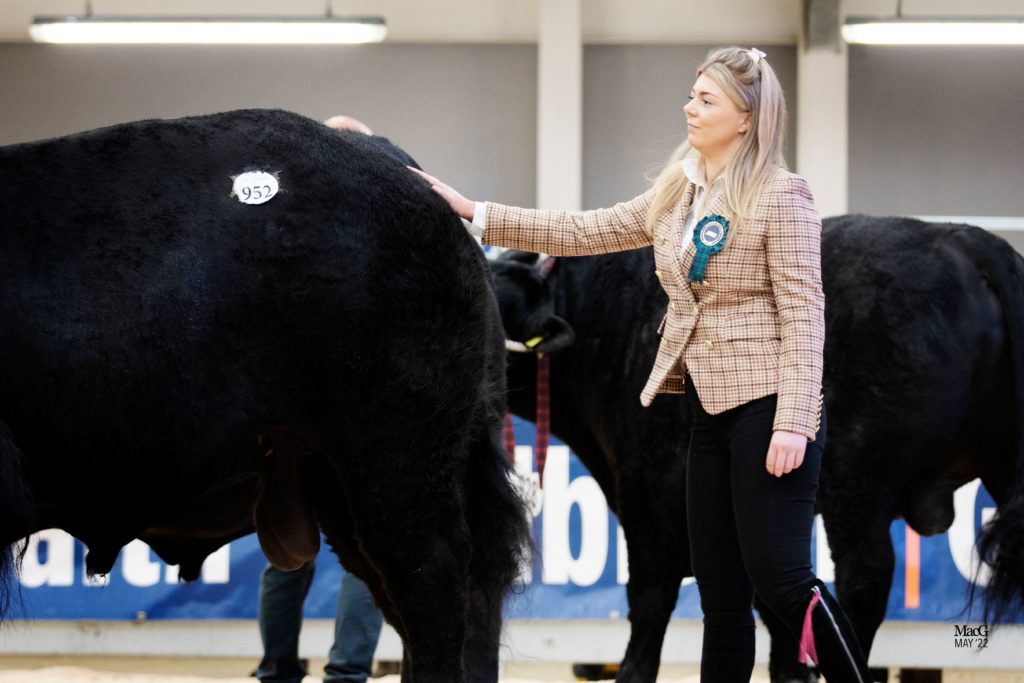 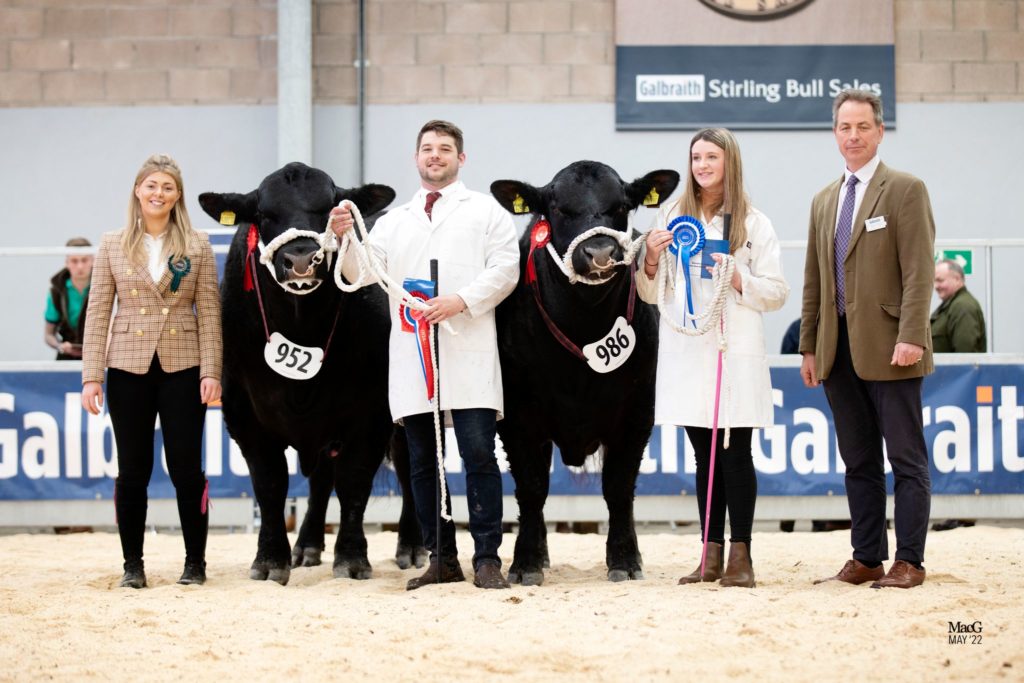 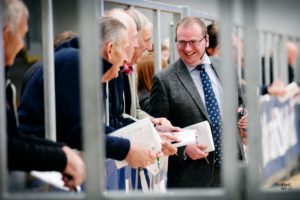 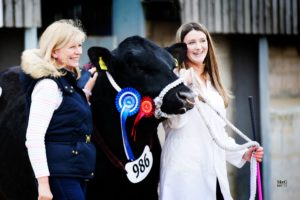 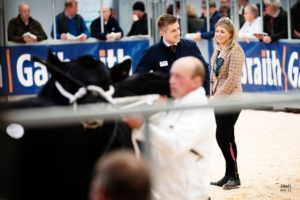 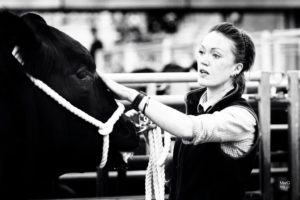