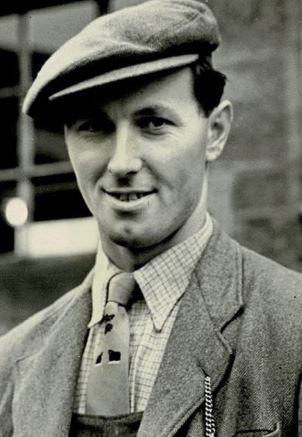 It is with sadness that we must report the passing of Alistair Rettie on Sunday the 29th of November in Yorkshire, three weeks before his 91st birthday.

Alistair was the son of Albert and father of Richard Rettie of the “Retties” Herd based in Methven near Perth where along with his wife Carol run their highly successful livery and cattle fitting company.  Richard, Carol, and their team are well known on the circuit of shows and sales today and very much carry on the family involvement with cattle particularly Aberdeen-Angus.

In their day Albert was a past winner of the Candacraig cup or the herdsman’s cup, and in 1956 Alistair when he was stockman for Messrs Osmond, was also awarded the trophy to the stockman amassing the highest points awarded for placings at the Bull sales in Perth, also in 1956, Alastair brought out the supreme champion at Perth, Black Baron of Barnoldby, which sold for 16,000gns – a record price for an hour or two before Stype Editor sold for 17,000gns. He also won the championship at the Royal Smithfield Show for Osmonds – but with a Hereford!

A very well known, popular and respected stockman who passed on his knowledge and experience to Richard.

Our thoughts go out to Richard, Carol, and family at this sad time. We have, unfortunately, missed the deadline for a more in-depth tribute to Alistair this year, but this will follow in the role of honour in the 2022 REVIEW.