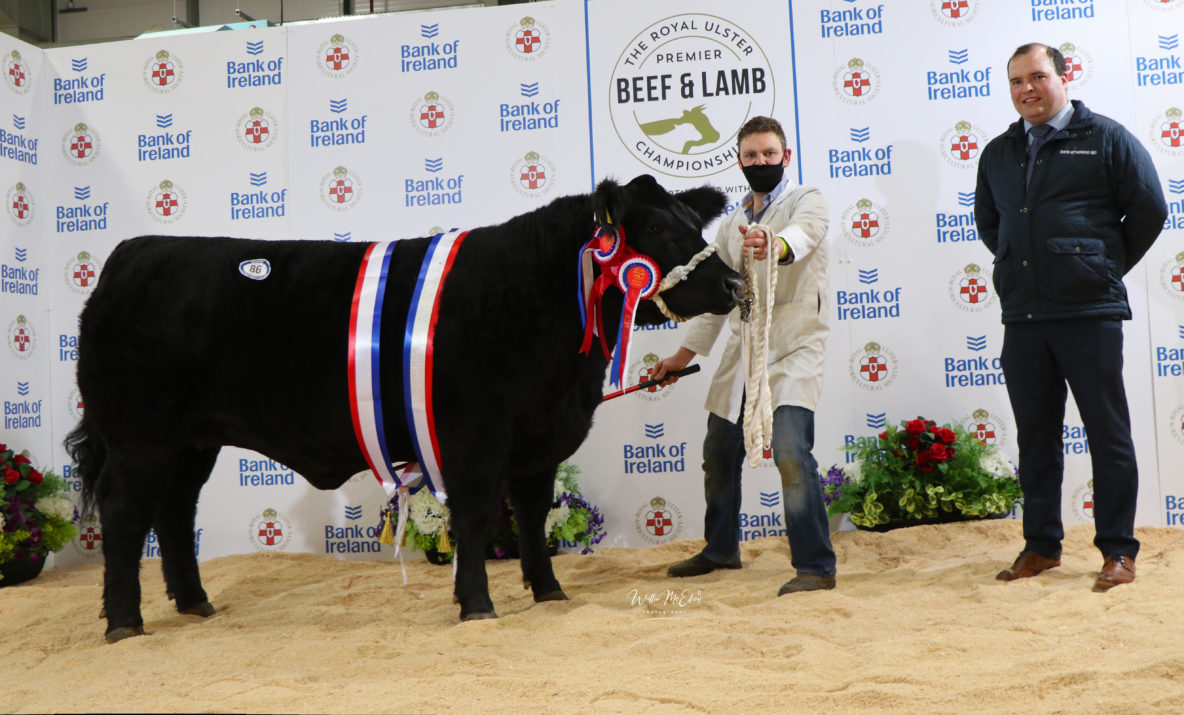 At the recent Royal Ulster Agriculture Society Beef & Lamb Championships Aberdeen-Angus were on a high with the Native Championship going to Mr Richard Law from Ballinamallard. This fantastic animal also received the title of Champion Aberdeen-Angus earlier in the day. Richard Law is pictured alongside Richard Primrose, Bank of Ireland. On the night, Stephen Millar from Millar Meats in Irvinestown purchased this fantastic animal for £2700. 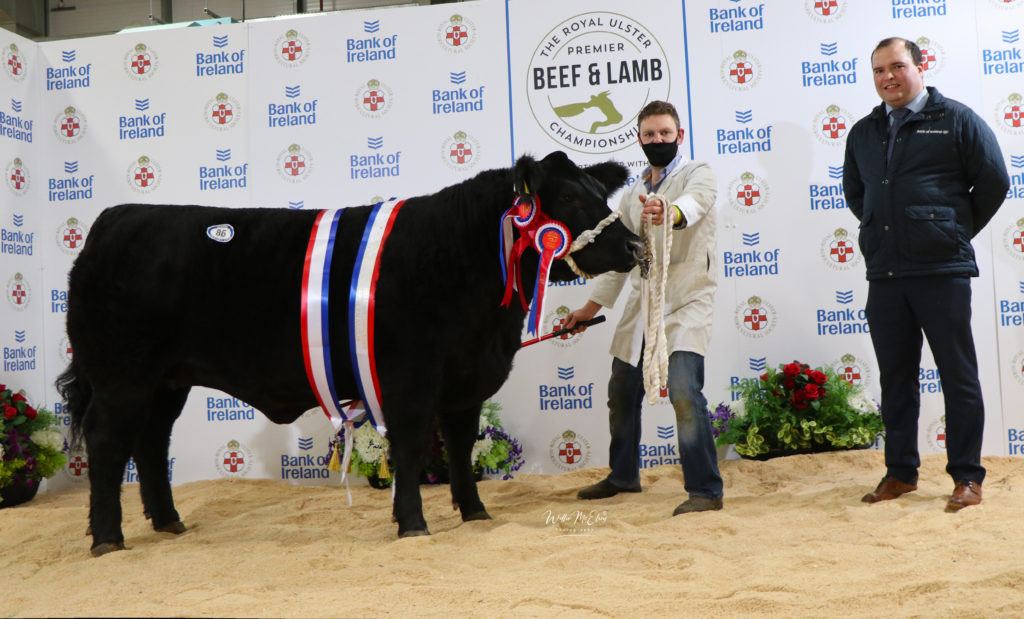 The Reserve Champion Aberdeen-Angus at the 2020 Royal Ulster Premier Beef & Lamb Championships was awarded to D & A McCrea from Strabane. Pictured is Alan McCrea receiving his award from Richard Primrose, Bank of Ireland. This animal was purchased by Omagh Meats for £2200. 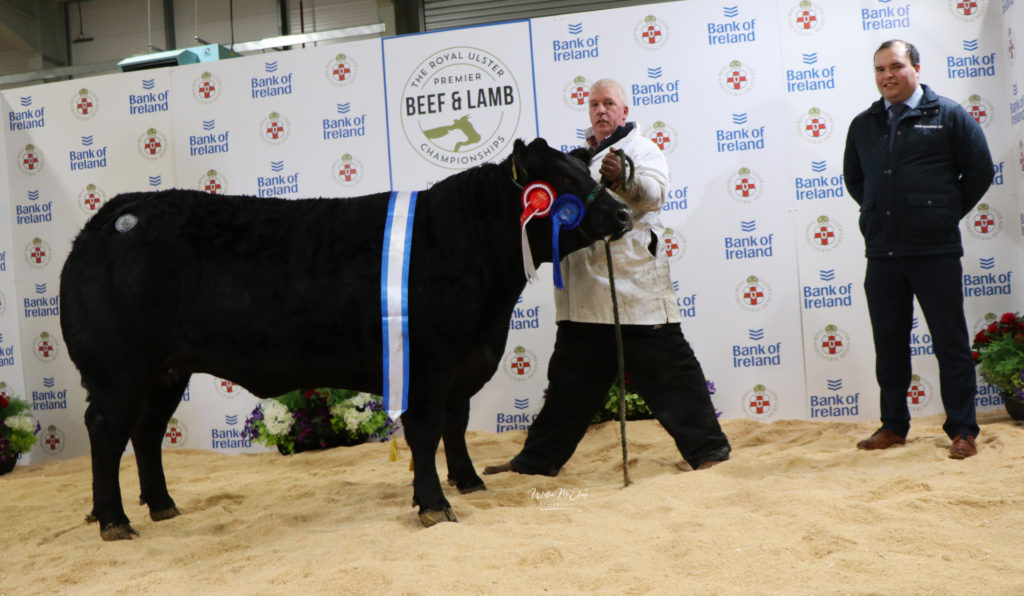 In the Ulster Housewife’s section, the Reserve Ulster Housewife’s Champion was an Aberdeen-Angus sired heifer exhibited by Jack Smyth from Newtownstewart. Jack Smyth is pictured alongside Richard Primrose, BOI Agri Manager. On the night, this superb animal was purchased by Stephen Millar from Millar Meats, Irvinestown for £2400. 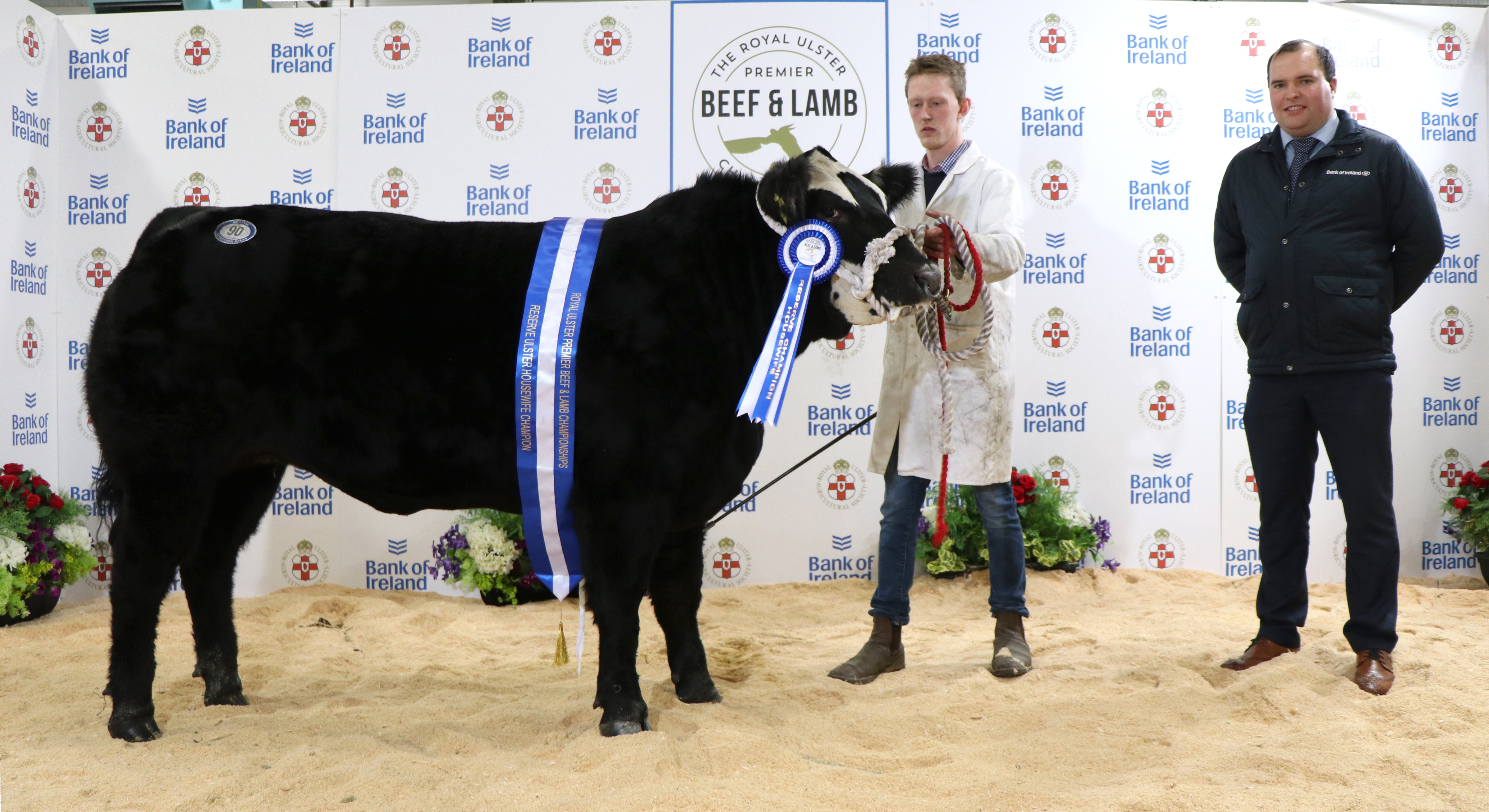