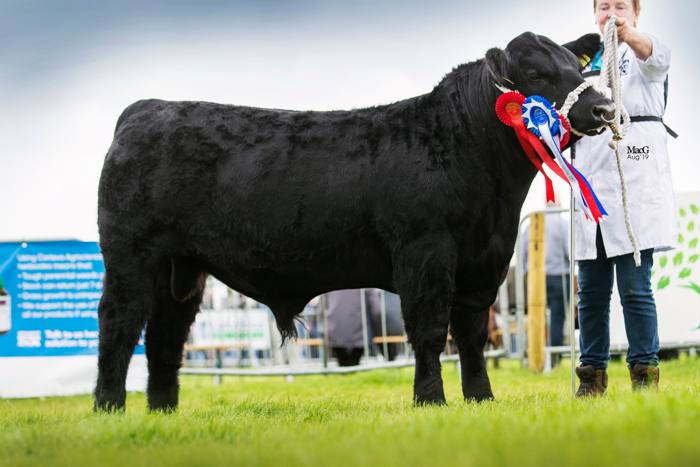 Westellen Rocky U838, bred by John & Kate Tait, Westwood, Rostellan, Midleton, Co Cork has been exported to Scotland where he will stand as the junior herd sire for the Wedderlie Aberdeen-Angus herd of John & Marion Tilson and daughter, Wanda Hobbs.

Rocky U838 was born in September 2018 and was just 13 month old at the time of his departure from Ireland and is the result of a Canadian/American ET mating in the form of Canadian donor cow, Prairielane 5057 Rosebud 8109 and the American AI bull, TC Freedom 104. This young bull has collected a number of major wins on the Irish show circuit for the Westellen Aberdeen-Angus herd during the summer months, most notably taking the overall junior male championship at the National Livestock Show, Tullamore in August. He also secured several red rosettes at local shows and stood reserve Munster Aberdeen-Angus bull of the Year as well as taking the reserve Aberdeen-Angus breed championship at Nenagh Show too.

The Irish Aberdeen-Angus Association would like to extend its best wishes to all involved and we look forward to bringing you the latest sales news as the season progresses.