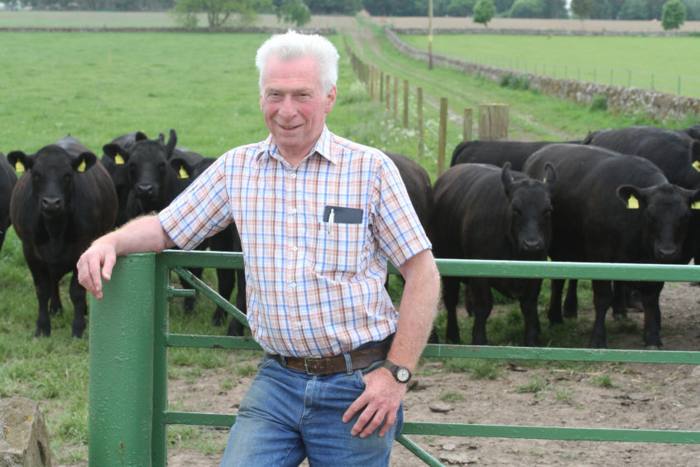 2019 has ended in smashing style for our member Geordie Soutar with recognition for his and the family’s effort’s in keeping and maintaining a global genetic pool of Native Angus Cattle for which he has been awarded an MBE in the Queens new year’s honours list.

Forfar Farmer Geordie is well know throughout the Aberdeen Angus breeders has been awarded this honour for his role in ensuring that the Native Angus cattle were never lost to the world.

The Dunlouise Herd based at Kingston, Near Forfar in the county of Angus has demand from all over the globe for his cattle and has built a network of breeders in many different parts of the world to spread the risk of any disastrous happenings that could wipe out the Native Angus gene pool. A conscious decision to preserve and ensure that the breed will always be there.

The breeds history draws international visitors to the county of Angus and many, many visitors are entertained by the Soutar Family, Geordie Soutar MBE can take pride in the fact that through his devotion to Native Angus cattle he has justly and deservedly received recognition for his cause.