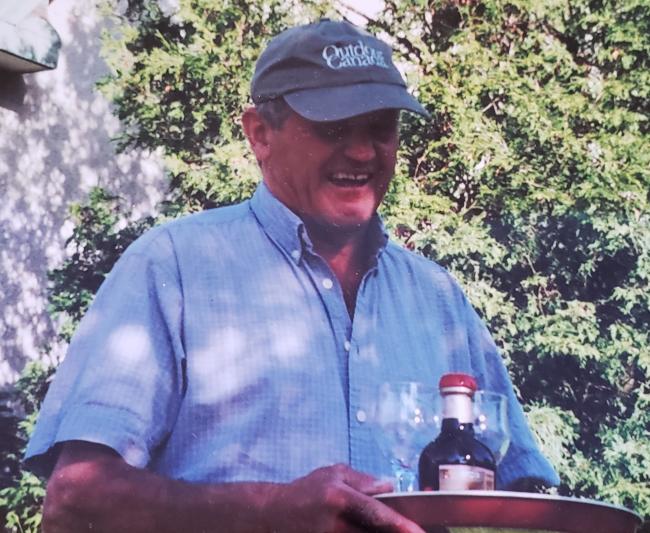 James (Jim) Smith, from a well-known family of Scottish stockmen, has died in Canada.

The Scots emigre died suddenly at his home in Claremont, Ontario, Canada, at the end of August.

Jim, who was 81 when he passed, was the much-loved husband of Margaret of 60 years and a loving father to Roy (Dalene), Gwen, Shirley Ann (Greg Redshaw), plus grandfather to Dawn, Brittany, David, Mitchell and Ryan.

He is survived by brother, Roy, and is predeceased by siblings Aileen, David (formerly a doyen of Angus breed stockmen) and Norman. He will also be lovingly remembered by a range of nieces and nephews and extended family.

Farming was his passion and his hobby. He was well known in the farming community on both sides of the Atlantic Ocean and will be missed by all who knew him. Jim and Margaret made frequent trips back to Scotland, always timed around the February, or October Stirling Bull Sales.

The family emigrated to Canada in 1969, when he took a position as farm manager for a Toronto businessman and building up two herds of Herefords for different farms. In latter years, he had been hired to start an Aberdeen-Angus herd. He won many prizes for both Herefords and Aberdeen-Angus.

A private family service was held and Low and Low Funeral Home, Uxbridge, Ontario, at the end of August. Interment of his ashes was held at Claremont Union Cemetery, on September 19, with the remainder of his ashes to be scattered in Scotland as per his wishes.

(By The Scottish Farmer)