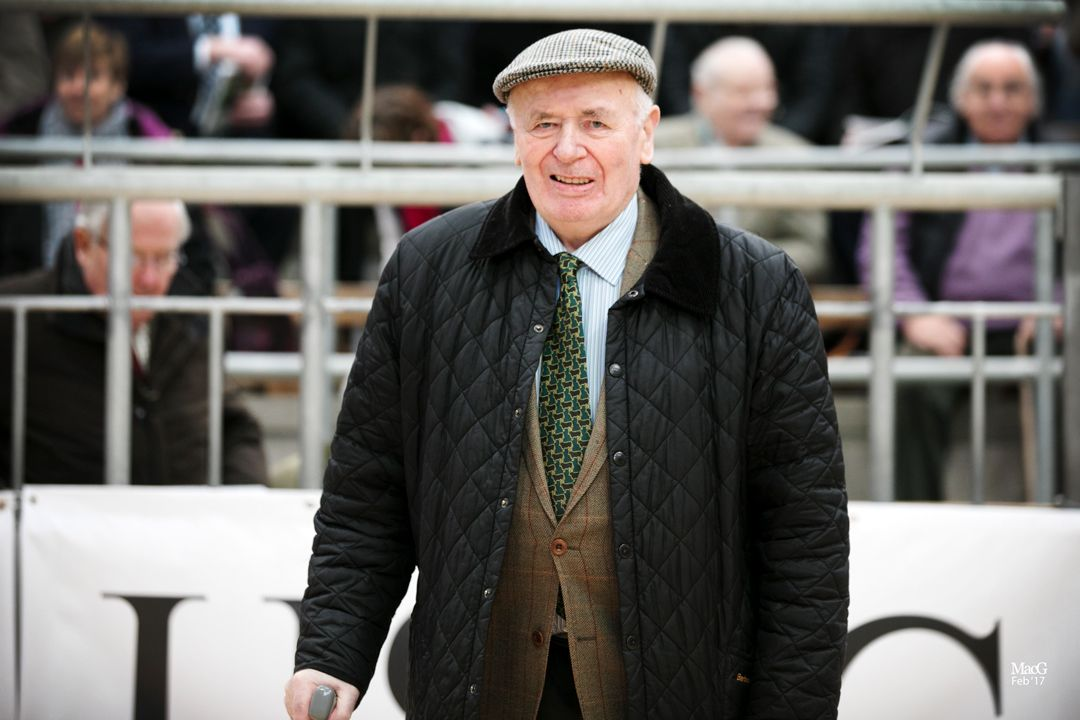 For many in the cattle world, Willie McLaren who died recently was “Mr Aberdeen Angus.” It was a label that recognised his unstinting efforts over many years to promote one of Scotland’s traditional breeds.

His nickname was earned through his successes in the show and sale rings where his Netherton cattle picked up red rosettes and top prices and his “Mr Aberdeen Angus” label was also deserved by his lifelong support of the breed.

Recognising his contribution both to the breed and to the wider Scottish livestock industry he was awarded the Sir William Young award in 2011. This award given by the Royal Highland and Agricultural Society of Scotland, recognises individuals who have made an outstanding contribution to livestock breeding in this country.

The Netherton Aberdeen Angus herd was established by his father and grandfather in 1924 some eight years before Willie was born.

He was born at Netherton and left school at 15 to work a pair of horse, he became a member of Perth Young Farmers and after a few years was a founder of Allanwater Young Farmers. With a keen eye for livestock he went on to captain the winning team at the Highland Show International Stockmanship Competition and also trained two winning teams.

It was not until the late1960s/early 1970s that Willie made his own mark both on the Netherton herd and on the breed which was out of favour on account of the cattle produced at that time being considered too small and dumpy by commercial beef producers.

In 1973, he went across to Kansas where he read out a letter on behalf of the Queen Mother at the 100th anniversary of Angus cattle in America  It was here that he realised the breed in the UK had to change and subsequently he became some of the first breeders to bring Angus back to this side of the Atlantic helped transform both the Netherton herd and the overall breed. The bulls bought at that time included Walnut of Edgeley Acres and Wilbar Eaton both of them putting more scale and fleshing on the home bred cattle. Another trip across the Atlantic in 1980 saw the purchase of TLA Northern Samurai for $30,000 –a massive investment but one which was repaid with progeny successes at both the Royal and the Highland Shows thus securing a ready market for his offspring.

But it was a female that Willie bought in that same year that had the biggest influence on the Netherton herd. Canadian breeders had brought a two year old heifer, Cee Bar Favorite over to the UK on a promotional tour. When he saw her Willie was sufficiently shrewd to buy her for 2,000 guineas. She handsomely repaid that investment winning the Royal Show championship in 1980 and the Highland Show the following year. These victories adding to the Netherton tally of five Royal Highland Show breed championship and six times lifting the supreme award at the Royal Show including once by a daughter of Favorite.

Cee Bar’s biggest contribution to the Netherton herd came from her genes as today, forty years later, her genes still have a dominate role at Netherton and in the breed.

These investments in top breeding stock provided success in the sale rings with Netherton bred females breaking the 20,000 guinea and then the 30,000 guinea mark to set new records for the female side of the breed. Not to be outdone on the male side, Netherton Figo brought back memories of the high days in the Aberdeen Angus breed half a century earlier as well as providing a vindication of Willie’s ability as a top breeder when he was sold in 2005 for 30,000 guineas.

Recognising his wider influence on the breed, the Angus Hall of Fame in the United States in 2016 listed Willie as one the top 150 Angus breeders in the World in its 192 years. He was one of only two living Scots to gain this honour.

During his successes in show and sale rings, he twice presided over the Aberdeen-Angus Cattle Society as well as being called on to judge at all the major shows in the country.

His honours also include being the breed society’s ambassador at World Angus Forums for more than fifty years. The song “An Angus for me”, which he composed to the tune of “A Gordon for me” became a world-wide anthem for the Aberdeen-Angus breed and Willie led the singing of his composition at every World Forum.

Less immediately tangible but definitely having a longer-term benefit for the breed, Willie always encouraged the younger generation to become involved and one of the highlights of his life came when Netherton hosted the farewell visit and dinner as part of the World Forum in 2017 which included the finals of the Youth Competition.

Throughout his successful business life, Willie was accompanied by his wife, Cathie. Together they celebrated 64 years of marriage and together they raised their family of two sons and two daughters, Margaret, Duncan, Kay and William. In later years, he and Cathy much enjoyed the company of his grandchildren and great grandchild.

As someone who spent all his life at Netherton which lies just outside Blackford, he was deeply immersed in the local community. None more so than his link with the local church where he served as session clerk for forty years.

He was a Burns enthusiast and someone deeply interested in local history. He was also a keen member of the Clan MacLaren Society.

Dying just short of his 90th birthday, he was very much admired and respected both in the pedigree cattle world and in his local community as evidenced by the hundreds of comments on social media lamenting his passing.

Mr McLaren’s funeral took place at Blackford on May 19.