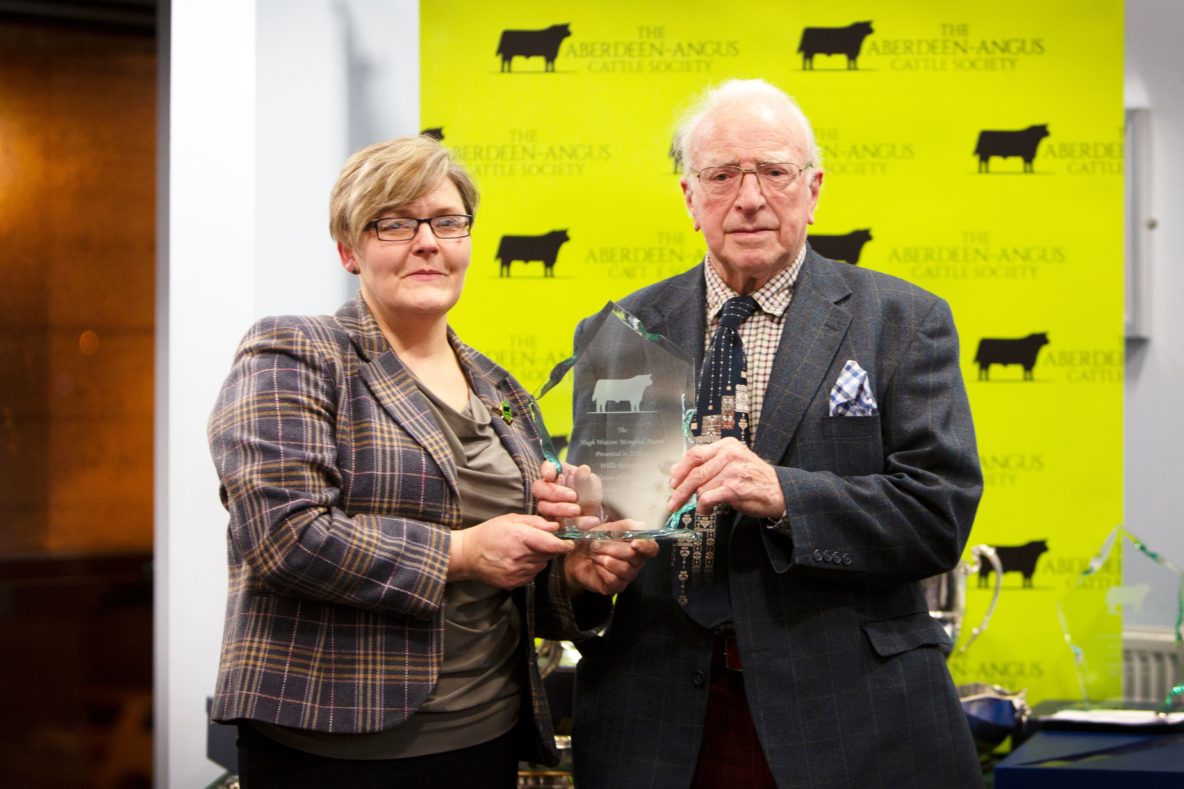 A packed auction ring reflecting the reputation of the choice of breeding that had been adopted by the Late Willie Robertson and family over the years. There was a good few interested parties turned up to view the cattle on the Friday evening before the sale and Angela was in attendance to furnish the buyers with answers to any questions that they may have had on the herd. The Cattle were all immaculately prepared for the sale by Richard Edwards and his team, and they all looked extremely well.

I was party to a conversation with one person viewing who asked Angela, “go on tell me which one is your very best cow” and the answer was simply “I can’t single any one out as they are all very good”

Viewing on the Saturday morning before the sale signalled that there was a lot of interest both locally and from further afield with a busy market and Café and a general enthusiastic buzz as the lifting of restrictions allowed a certain normality to return to proceedings. 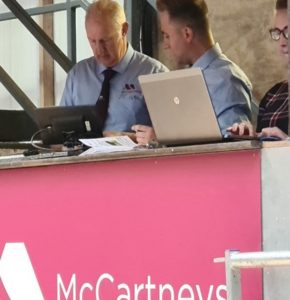 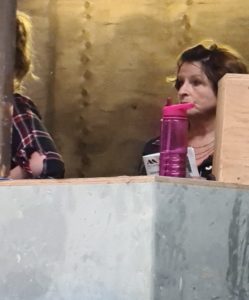 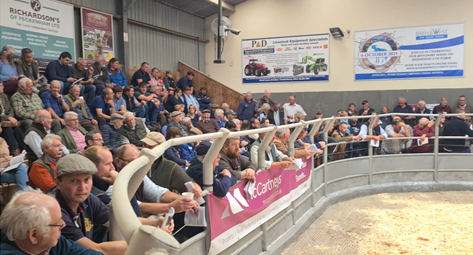 The auction started at 11.00am on the Saturday with Clive Roads on the gavel with Cow and calf units first through the ring and seeing an average of £4162.50 for the 21 lots on offer. Top of the Shop was Lot number 18, Nightingale Kristina T936 a 2017 Cow sired by Fordel Parthenon Minotaur L486 with her male calf at foot Nightingale Kooper X083 sired by stock bull Drumhill Lord Hampton who was lot 5 in the sale and a powerhouse of a bull. She realised £7,350.00 at the fall of the hammer and went to Peter Vaughan, Vaughan Farms Ltd staying local at Leominster. A further 6 lots of Cow and calf units realised over 5000gns being dispersed to buyers both existing and new to our breed which was very encouraging from a Society perspective. 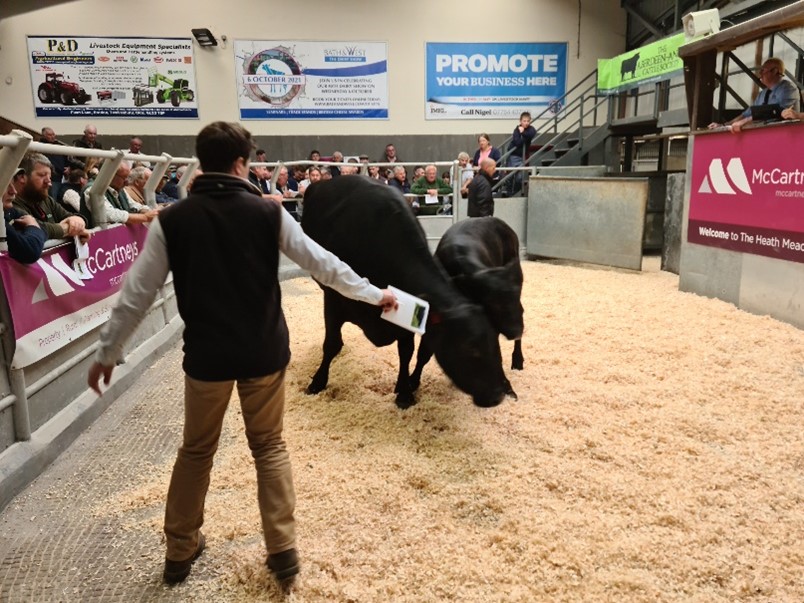 A further 5 lots of Cows in calf followed hot on the heels of the Cow and calf units and realised an average of £2478.00 with brisk bidding again from around the ring, cows not in calf of which there were four lots realising an average of £1903.00.

Served Heifers forward 5 lots were led by Nightingale Precious Princess W047 a heifer by Drumhill Lord Hampton and PD in calf to Nightingale Kristmas a bull with was to be sold later in proceedings and was available to view attracted strong interest and the hammer dropped at £3225.00 and is destined to return to the herd of her sire of J Doyle at Cookstown in Northern Ireland.

The served Heifers averaged £2349.00 where buyers were investing in stock with plenty of life left in front of them. Maiden Heifers were again a strong trade averaging £2089.50 for the five which were on offer Lot 41 Nightingale Pride Jean W059 a 2020 born Heifer again by Stock sire Drumhill Lord Hampton topping the group at £2872.00 and a further investment of the Doyle’s from Northern Ireland in the young stock on offer to enhance their herd.

Three Stock Bulls averaged £4480.00, leading the way and staying in the family was lot 34 Nightingale Kristmas, V030, a Netherallan Peter Pershore son, out of Kincarie Kassandra D012 and staying local within the Abberton herd of A& C Sutherland, Pershore, Worcestershire at £5880.00 with hot on his heels lot 19 Nightingale Kurt, A son of Bosullow Elmark, again out of Kincarie Kassandra D012 attaining £5250.00 at the fall of the gavel and heading to H&E Powell from Powys.

Three Junior bulls met with a strong trade with two of the three on offer going home with James Waight, from Pewsey in Wiltshire with Nightingale Eric W052 leading the way at £4305.00 and a sound investment in some of the very latest breeding from the Nightingale herd.

The Semen and Embryo trade as always quietened the ring down a bit but still not a mass Exodus and with very obviously strong interest, the Auctioneers were on the phones taking absentee bids. Semen on offer peaked at £33.00 going to D&P Evans. Tree bridge farm for 30 straws of MVBL Lancer semen.

Embryos from many different high-profile mating’s were up and down but the hight was 320 Gns reached twice by the same buyer The Firm of CR Munro and our Junior Vice President, Finlay Munro making his mark on the sale with further well considered investments in the Balaldie herd from Tain in Ross shire in its direction of breeding.

It was great to have the opportunity to be able to attend in person and see so many of the people that I have not seen for such a long time as I am sure it was as good for them to see each other so normality returns! Many thanks to Chris Wilkinson who took time out to come to the sale and represent the Council.

A sad day when a herd disperses but it was felt by the family that following the passing of Willie that the time was right, and they can be safe in the knowledge of the fact that the legacy that Willie left by his inspirational approach to breeding Aberdeen Angus for some 60 years lives on in Pedigree herds today with the gene pool spread into many different locations.

As always, the Society wishes all purchasers all the very best with their investments and for their new and continued interest in the Aberdeen Angus breed and brand, you are now and hopefully will continue to make investments in the future of the beef industry.