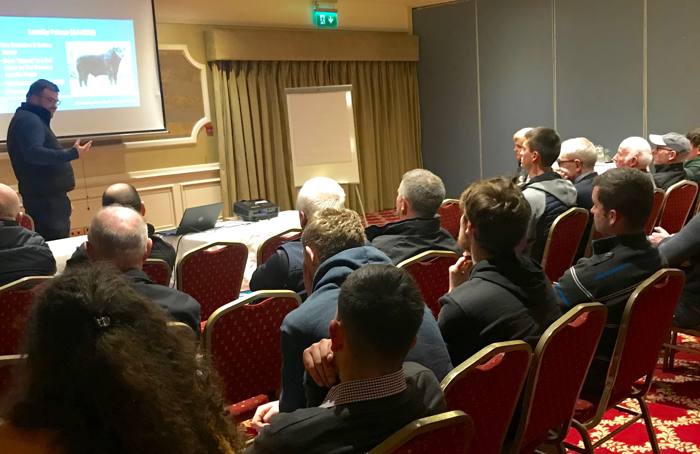 The Munster Aberdeen-Angus Club held its first AI seminar and information evening at the Firgrove Hotel, Mitchelstown, Co Cork yesterday. The seminar was designed to give Aberdeen-Angus breeders a detailed and informative look at the various Aberdeen-Angus bulls in AI at present with guest speakers from all of the leading AI companies taking part on the night. This new initiative proved to be a tremendous success with a very large crowd of over 40 people attending on the night, which would be a substantial increase on the average attendance for a regular meeting, with some of the more senior club officers remarking that they had not witnessed such a strong turnout of people at a meeting in over a decade. The Munster Aberdeen-Angus Club would like to thank Eustace Burke of Munster AI, John Lynch from Dovea Genetics, Mary Duggan of Eurogene and Bartley Finnegan from Elite Pedigree Genetics for giving up their time to attend and for giving the membership such detailed and enjoyable presentations. A wide variety of Aberdeen-Angus bulls were profiled with much food for thought for everyone present ahead of the start of the winter breeding season in a few weeks time.

The Munster Aberdeen-Angus Club also made formal presentations to the winners of the Munster Aberdeen-Angus calf championships that were staged over the summer months. Angus Beef Ireland provided the very generous sponsorship of this year’s contest and John Sullivan of Angus Beef Ireland was on hand on the night to present the prizes to the winners. Edward Dudley took the top spot in the male section with Castlelough Mister Bert U196 whilst John Tait claimed the runner-up position in both the male and female sections with Westellan Rocky U838 and Westellan Dana U840 respectively. Meanwhile, Albert DeCogan secured the top prize in the female section with Mogeely Pru U600.

The evening was rounded off with a selection of tasty and very welcome refreshments and the Munster Aberdeen-Angus Club would like to thank everyone who attended last night and hope that the evening proved to be both informative and enjoyable. 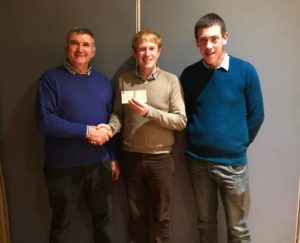 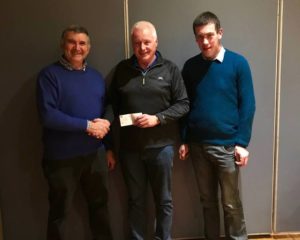