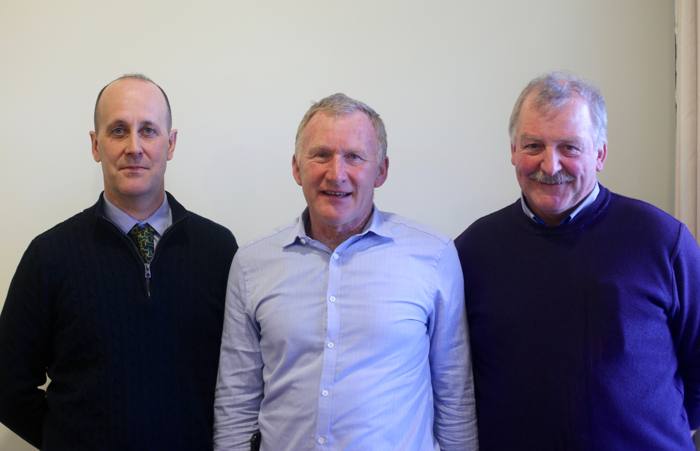 Speaking after his appointment to the role of President, John had the following to say:

“I would like to thank the Irish Aberdeen-Angus Association for entrusting me with the honour and privilege of serving as your President. It is my second time to take up on the position of President and I’m sure I’ll be able to utilize my previous experiences in the role to my fullest advantage over the coming term. I hope to see the Aberdeen-Angus breed continue to cement its place as the breed of choice amongst factories, supermarkets and consumers and I look forward to introducing new marketing materials over the next few weeks which will help to encourage farmers to source better quality Aberdeen-Angus bulls during the breeding season which will ensure that the quality of the Aberdeen-Angus cattle on the ground continues to go from strength to strength”.

Outgoing President of the Irish Aberdeen-Angus Association, Mack Crowe also addressed the AGM and had the following to say:

“It was a great honour to have been President of the Irish Aberdeen-Angus Association for the last two years. There are many highlights to look back on over that time but my personal highlight was welcoming the YDP finals to Ireland last September and to see so many talented young people take part on the day and for the Irish team to perform so brilliantly across each of the sections. I would also like to give special mention to all the breeders who continue to showcase the Aberdeen-Angus breed to such tremendous effect at shows and sales across the country. The DNA profiling of bulls and 1st calved pedigree heifers has now completed its first year and has proved itself to be a great success too.”

Finally, the Irish Aberdeen-Angus Association would like to express a word of thanks to all of the members who travelled to Mullingar for the AGM and wish the Presidential team all the very best for their upcoming term in office.