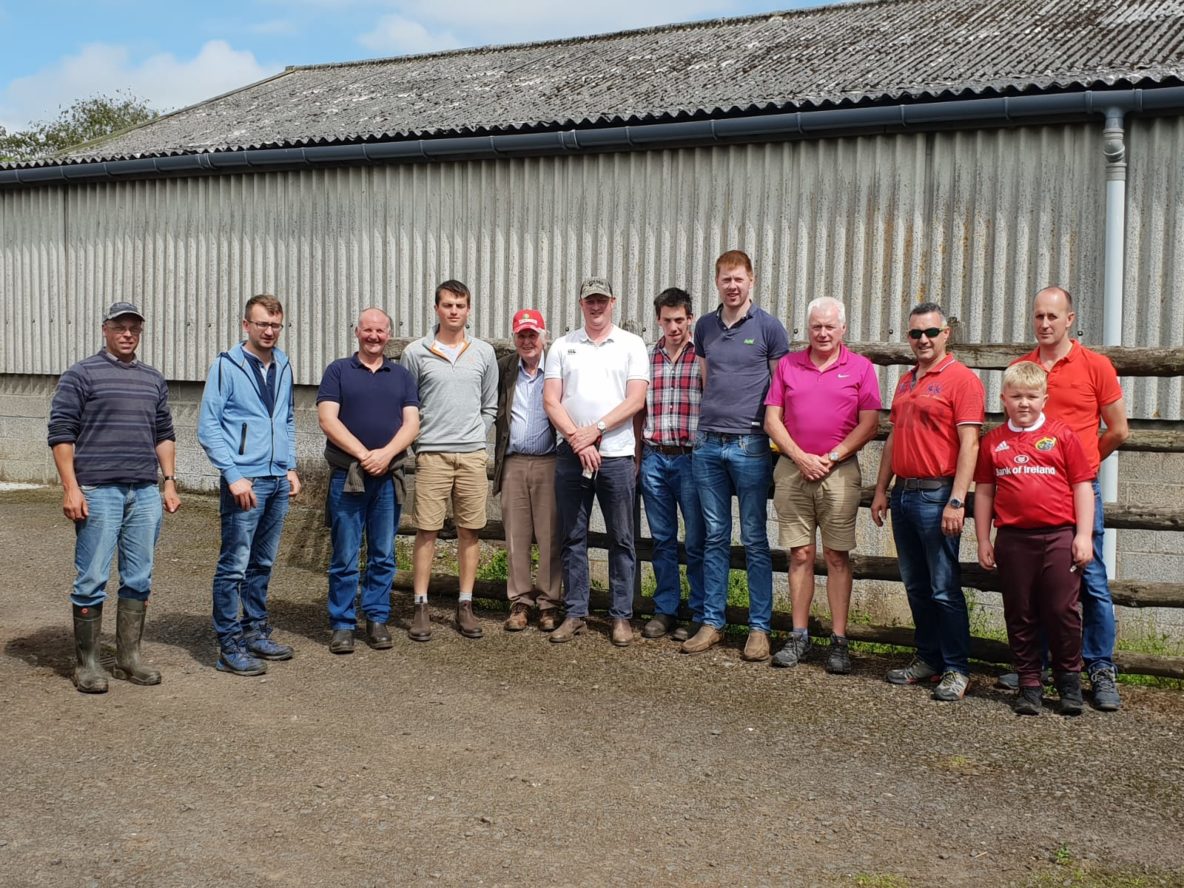 The Munster Aberdeen Angus Club embarked on its annual club tour last week with this year’s tour taking a group of travellers to the Borders in Scotland. The first herd on the whistle-stop tour to Scotland was the Stouphill herd owned by the Allen family. The Stouphill herd is scarcely 10 years in existence (established 2008) and has had a lot of success in recent times, due in no small part to their sublime work ethic and top class stockmanship. The Allen Family also have a very clear picture of the type of animal they wish to breed means that a uniform herd that are easily fleshed with oodles of breed character has been established over the last decade.

The second herd visit of the day was to the Rulesmains herd, owned by Andrew Hodge and his daughter Emma. This herd was also formed in 2008 and has been a regular fixture in the show and sales ring over the intervening years. Andrew and Emma have a very close working relationship and an admirable drive for success, which has led to an exceptional herd of cows that are well fit and efficient breeders as well as having the scope and power (and that ‘extra rib!’) to compete with such success on the show circuit.

The second day of the Munster Aberdeen-Angus Club tour commenced with a visit to the renowned Rawburn herd owned by the Elliott family. Rawburn Aberdeen-Angus Angus has a diverse genetic base with a lot of the best worldwide bloodlines evident in the herd at present. The Elliott Family operate a complex and well-planned breeding programme to achieve superior breed performance and their knowledge of Aberdeen-Angus genetics was second to none. Club members were particularly impressed with a group of yearling maiden heifers that had been recently AI’d and another group of first calved 2-year-old heifers that were doing an excellent job of rearing their first calves. Following on from Rawburn, the group visited the Gordon Aberdeen-Angus herd (again owned by the Elliott family). Mr Gordon Brookes established this herd under the Linton prefix and following the sad passing of Mr Brooks the herd prefix was changed to the Gordon herd as a mark of respect to its founder. The cows in this herd were larger scale with hugely impressive performance, which was reflected in their progenies weight for age. The group also viewed an impressive string of yearling bulls, which are destined for Stirling bull sales, with all travellers in the group agreeing that they should do very well there.

The final herd visit was to the Wedderlie herd owned and run by John and Marion Tilson and their daughter Wanda Hobbs. The group were blown away by the scale of the farm as well as the meticulous attention to detail and exceptional grass management at Wedderlie. The cattle themselves were also exceptional examples of the Aberdeen-Angus breed and the herd is run strictly on commercial basis with a particular emphasis on temperament and maternal traits. The Munster Club grouping were particularly impressed with the ability of heifers to calve down at 2 years old and go on to develop further by the time their 2nd calf came along at 3 years of age to mature into super, well-framed and productive cows. It was also interesting for the group to learn that the Wedderlie Aberdeen-Angus herd had sold 80+ breeding bulls from home in the last 12 months with only one solitary bull going to public auction. This is an enviable feat that most breeders can only aspire to in the UK and Ireland.

The Munster Club and its members would like to thank the herd owners, their families and their stockpersons for the warm welcome received throughout the tour and for taking the time to show off their farms and their cattle.  Finally, more images from the trip to Scotland are now live on the Munster Aberdeen-Angus Club Facebook page at www.facebook.com/munsterangus