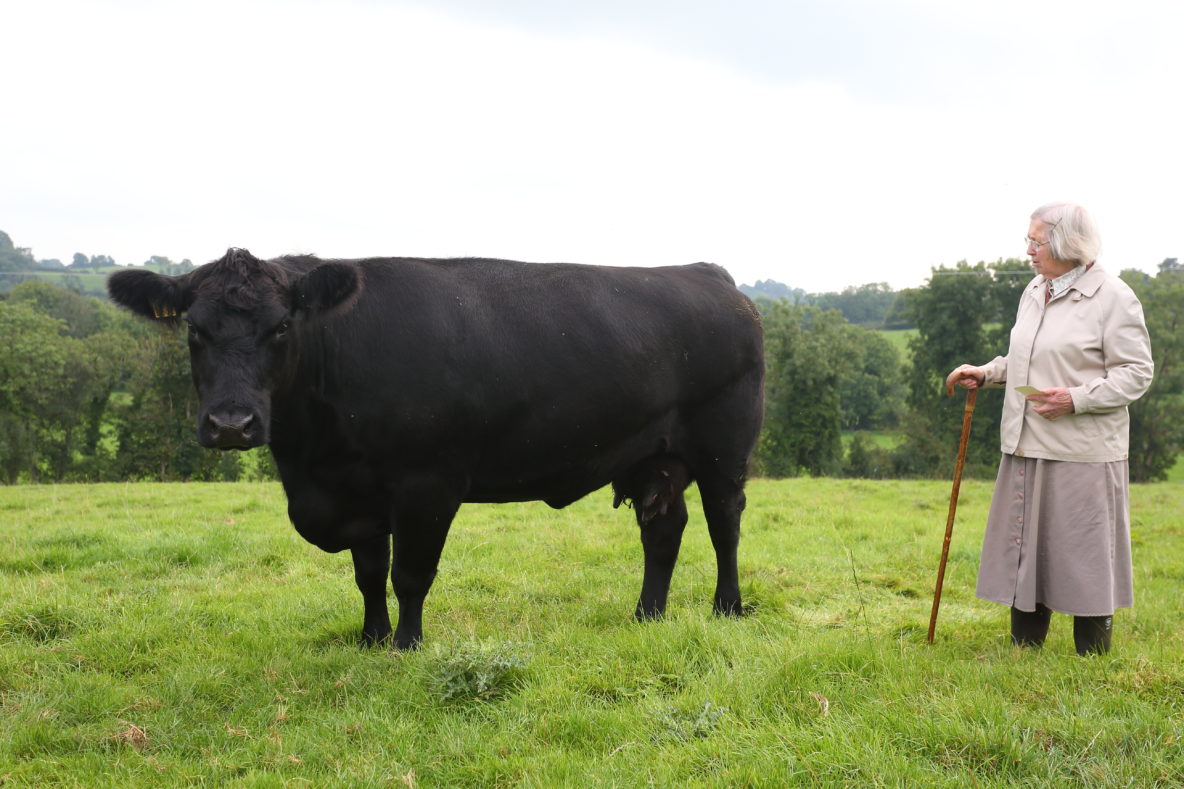 Anne Morrison founding member of the Aberdeen-Angus Quality Beef (AAQB) co-operative has been awarded an MBE for her promotion of the breed and services to the agricultural sector over the last 40 years.

Growing up on her family farm in Perthshire, Mrs Morrison has always had a passion for agriculture, so when she saw what the Aberdeen-Angus breed could offer farmers and the supply chain, she was keen to promote this.

“My drive to bring Aberdeen-Angus back to the forefront of beef production stems from when I started working for the Northern Ireland Department of Agriculture in 1969 with my colleague at the time Jim Jack, who was very enthusiastic supporter of the breed,” explains Mrs Morrison. “A few years later my husband and I started the Tullyglush herd with the purchase of two heifers, from which our herd has grown over the years.”

Mrs Morrison says the challenge back then was that the market demand for Aberdeen-Angus was very limited. So, along with Jim Jack and NI club members we set out to increase the awareness of the benefits of Aberdeen-Angus in the hope we could raise the appetite for this breed in Northern Ireland.

“When a butcher approached the NI club for cattle in 1994, we saw this as a fantastic opportunity. A feasibility study identified a possible supply of five cattle per week. In 1997 I led a successful breed promotion campaign which resulted in the formation of the AAQB co-operative in April 1998.

“With continued promotion of the breed, we entered into a partnership with Foyle Food Group (FFG) in June, the same year, starting to send 5 cattle per week sired by pedigree registered Aberdeen-Angus bulls to the processing plant,” she says.

“By November 2000 numbers had grown to 30 per week allowing FFG to supply Tesco Northern Ireland, the first retailer to have verified AA beef on their shelves and this was supplied by AAQB members. This was the beginning of a very successful supply chain partnership. Since then, the market has grown exponentially, and our 450 members have increased their production to meet the demand.” she highlights. “Most of the top price bulls sold at the Dungannon sales are bought by farmers in the co-operative, as they can really see the benefit of investing in good genetics” she says.

“Farmers are seeing an average bonus of over £100 per head by supplying verified Aberdeen-Angus cattle.”

Mrs Morrison says the breed is in a much better place now than it was 40 years ago.

Robert Gilchrist, acting chief executive officer of the Aberdeen-Angus Cattle Society says, the tables have really turned for the breed in Northern Ireland due to the work Mrs Morrison has done with AAQB.

“There are many farmers producing high quality Aberdeen-Angus cattle in Ireland to satisfy what is now a strong demand from processors and retailers. What has also made a difference is that thanks to AAQB showing the true value of the breed, farmers in Northern Ireland have received significantly greater returns for their prime cattle,” he explains.

“Mrs Morrison is very worthy of this MBE and it’s fantastic that her work for the breed and sector has been recognised,” he concludes.

Active since 1879, The Aberdeen-Angus Cattle Society is the regulator of Aberdeen-Angus cattle in the UK, ensuring provenance, quality and progression of this iconic breed. The Society focuses on breeding quality bulls and cows for premium quality meat.