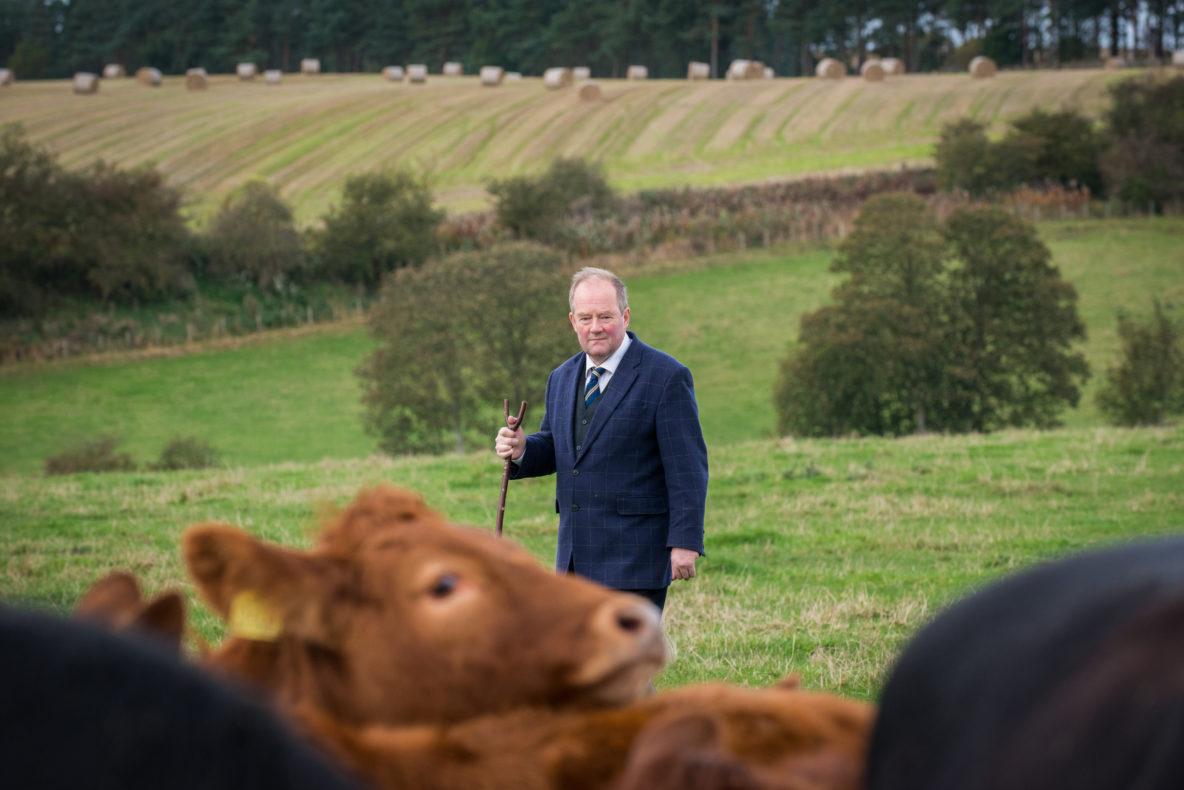 John Gilmour was a charismatic family man who demonstrated astute business acumen throughout his working life. He had an incredible ability to connect with people at all levels in life and was always interested in them and their stories.

First and foremost, John was a ‘Panner’, as natives of the East Lothian town are known, and he retained his affection and love of his hometown, Prestonpans, all his life. John would talk of a wonderful childhood raised by his mother Sarah Galloway and his father William Gilmour. His father and uncle John had set up a butchery business in 1946 after returning from war-time service with the RAF.

John attended Prestonpans Primary School before moving on to Preston Lodge High School. He was academically gifted and received numerous Merits, especially in history and maths, during his time at school. Despite his undoubted academic potential, he left school at fifteen in order to join the family business.

He quickly learned the skills and became a Master Butcher. Importantly he also proved to be a very able buyer of cattle for the family business. Initially this was at John Swan’s, the auctioneers at Gorgie Market in Edinburgh. After that business closed down in 2002, he would make a weekly trip to the market at Newton St Boswells where he bought some of the finest cattle produced in the UK.

Robert Neill of Jedburgh paid tribute to John’s devotion to promoting the merits of Scotch Beef saying he would often bring potential customers onto the farm to see the animals in their natural environment. He was always proud to play a part in championing beef produced in this country. This saw him take part in demonstrations at the Highland Show as well as special ‘Beef’ nights at some of the premier restaurants in Scotland.

Apart from buying cattle at the market which was the prime purpose of the weekly trip down to the Borders, he enjoyed spending time with farmers, other buyers and those who worked in the mart, many of whom he counted as dear friends.

While these buying trips were integral to the business, John also expanded the butchery business by building up a successful company of catering butchers supplying high quality meat to some of the finest restaurants and hotels throughout the UK.

While building his extensive knowledge of the red meat industry and ensuring he had created a strong company, John still found time to create a secondary business when he started the Belhaven Aberdeen Angus herd. Helped by noted exhibitors, Richard and Carol Rettie, Dollar, this herd had tremendous success in the show ring culminating one year in winning the prestigious Best in Breed Female at the Highland Show. Success was also achieved at Stirling Bull sales where he sold numerous high-priced bulls, topping out at 16,000 guineas. One of the main reasons for John’s success was that he built his cattle around Canadian and American genetics from some of the most progressive herds thus giving scale and muscle to the traditional Aberdeen Angus.

A keen footballer in his youth, his love of football started at primary school where he played alongside his childhood friend Alfie Conn who was later to play for both the Old Firm teams. John was a Rangers season ticket holder and he would admit that he enjoyed the highs and lows that came with supporting the Ibrox side. He also had a life-long passion for horse racing. This enthusiasm for racing and his talent for spotting a winner saw him politely asked by one bookie to make alternative betting arrangements.

Through his time playing football and rugby at Preston Lodge, he met his wife, Teena Clark. It was a happy meeting as they celebrated forty years of marriage last year. As a young man, John had played off a handicap of two in East Lothian and more recently he and Teena had enjoyed many a day on the local golf courses.

John is survived by his wife Teena, his daughter Rebecca and sons Daniel and Simon; his grandson Samuel and a new granddaughter Charlotte born on the 26th of March 2020.