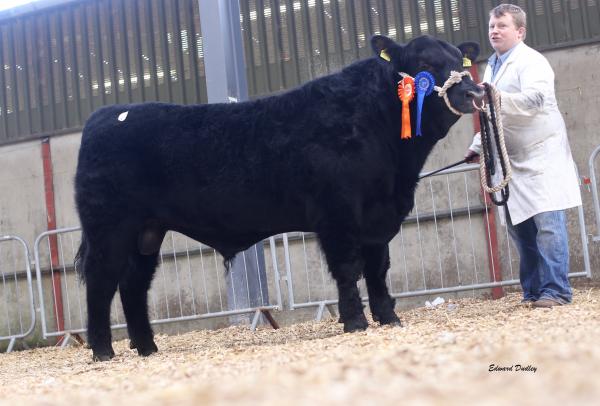 The first of the Spring bull sales for 2019 in the Republic of Ireland took place at Carrick-On-Shannon, Co. Leitrim over the weekend. A large entry of over 80 Aberdeen-Angus bulls attracted sustained interest from buyers throughout the day with a clearance rate of just over 60% recorded (up from 50% at this sale last year). Yearling bulls proved to be the most popular choice with customers with the 12-18 month old bulls selling to a higher average price than their older counterparts.

The sale leader, Molloy David T246, exhibited by Brian Faughnan, Clooncarne, Bornacoola, Co Leitrim sold for the day’s best price of €4200. This 5 star terminal index bull was born in October 2017 and is sired by the popular AI bull, Netherton Mr Brazilian E377 and is out of a Rosemead Karona J956 dam. This bull took 2nd prize in the pre-sale show and was also awarded the Best Pair of Aberdeen-Angus bulls trophy alongside herdmate, Molloy Lord Henry T247 (a son of Rawburn Enigmatic P886) who went on to sell for €2600. The Faughnan family have been longtime exhibitors of the annual sales in Carrick-On-Shannon and received a rousing round of applause from all spectators present when they secured the top price of the day in the sales ring. 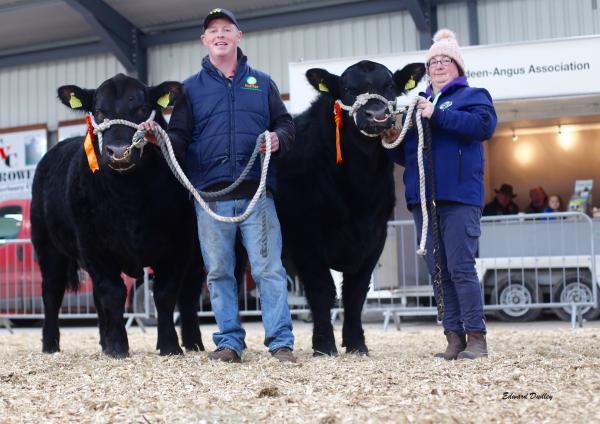 Next best price came in the form of the oldest bull offered for sale, namely Ballinalee Lord Harry T385 exhibited by Michael Edgeworth, Bush Farm, Dunmore East, Co. Waterford. One of the newer exhibitors to Carrick-On-Shannon, the 340 mile round trip certainly proved an advantageous one with Ballinallee Lord Harry T385 realising €3200 in the sales ring. This bull also carried a 5 star terminal breeding index and is sired by Lisduff Dandy K895 and is out of a homebred cow by Aughalustia Pouncer J222.

The well-known Liss Aberdeen-Angus herd of John & Sean McEnroe, Liss, Oldcastle, Co. Meath claimed the reserve supreme Aberdeen-Angus championship with Liss Marol T742. This 14 month old bull is one of the first sons of junior stock bull, Liss Darl R561 to be offered for sale and is out of a homebred cow from the Myrlo cow family. This bull boasted a 5 star index for both terminal and replacement traits and sold for €2500. 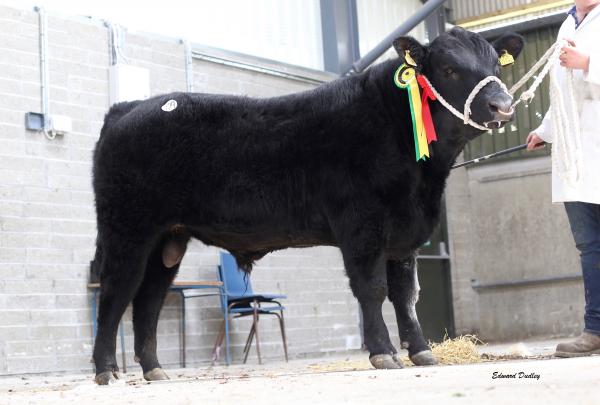 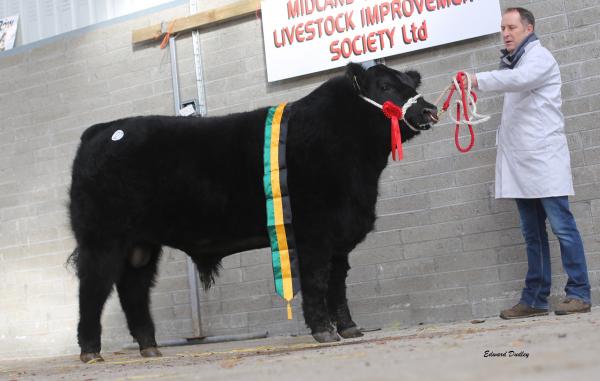 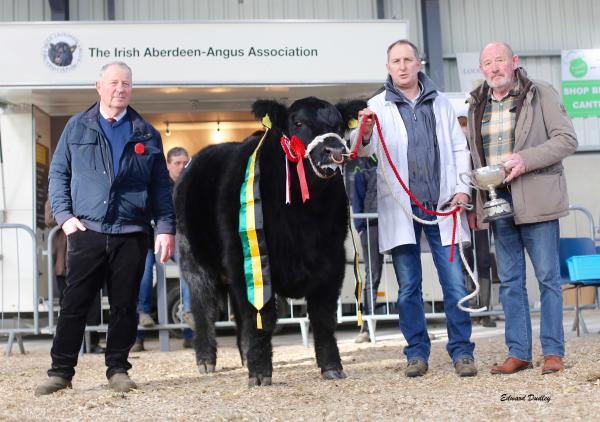 The next sale of pedigree Aberdeen-Angus bulls and heifers at Carrick-On-Shannon mart takes place on Saturday, March 9th.